GUITARIST KEVIN STORM ANNOUNCES NEW FLEETBURNER PROJECT & DEBUTS VIDEO Posted: June 12, 2020 in FLEETBURNER, OFFICIAL PRESS RELEASES, Uncategorized Tags: Argona, Dark Tranquility, FLEETBURNER, galar, Kalmah, Kevin Storm, Madder Mortem, Metal, Mistur, Sirenia, Vulture Industries 0 Fleetburner banner PR Session guitarist KEVIN STORM, known for his work with bands such as VULTURE INDUSTRIES, KALMAH, EQUILIBRIUM, SHINING to name but a few, has today revealed the details of his new project FLEETBURNER and the upcoming self-titled debut album which will be released on Butler Records. The idea of forming FLEETBURNER came about when both Storm and drummer Tomas Myklebust (MISTUR, GALAR, KABARET MAKABER, ROADKILL) were on tour with VULTURE INDUSTRIES as session musicians, and ended the tour agreeing that they should form a band together. With Netherlands’ Storm on Guitars, Keys, Soundscapes, Production and Story, and Norway’s Myklebust on Drums and percussion and additional sounds, FLEETBURNER’S multi-national ranks were soon expanded with the arrival of US vocalist Ken Simerly, Finland’s Veli-Matti Kananen (KALMAH, VINTERGATA) on Keys, and Sweden’s Peter Iwers (ex-IN FLAMES) on bass. According to Storm, “Fleetburner” is a concept album about “leaving everything behind, burning all ships in your wake, to sail towards…everything but this”. The main protagonist, and namesake of both the band and the album, is The Fleetburner, who has set sail towards no particular destination but with the goal of steering away from pain, and pursued by an ever-growing fleet of blood-spillers who want what he has, without truly knowing what that is. The albums storyline encompasses the entire lifespan of the protagonist who starts out as an insecure, runaway child, and develops into the voyage of a man facing his both his inner, as well as his external, demons. The first track from the album, which the band has chosen to debut as a video is “Open Water”, which sees The Fleetburner reach open water “after having fled the land-based world, where fires rage, war is waged and man cannot escape the infinite cycle of pain and human error“. It is a deeply emotional and personal song that deals with carrying the burden of your fellow man and the taking of what was never given”. Fleetburner singleart PR With Artwork by Kevin Storm and Motion Graphics and lyric video by Martin “Captain Morgue” Vrigsjo Staflin of MVS Visual, the video for “Open Water” can be seen below and at https://youtu.be/q9UUoMgo8Yk A Whilst the track itself can be streamed or downloaded at https://fleetburner.lnk.to/openwater Report this ad Report this ad Mixed & mastered by Hans Pieters at The Peoples Noise, with Vinyl Edit by Renzo van Riemsdijk at Masterenzo.nl, “Fleetburner” is Produced by Kevin Storm at the Stormstudio. Drum edits are by Daniel Medley at Ten South Sounds. With Artwork by stuz0r and Logo by Gustavo Sazes track listing for “Fleetburner” is as follows: I: The Land II: The Beach III: The Breakwater IV: Open Water V: The Fleet VI: The Passenger VII: The Deck VIII: The Course IX: Below the Waves X: The Deep XI: The Endless “Fleetburner” includes guest appearances from Agnete M Kirkevaag (MADDER MORTEM) – Additional Vocals, Voice of the Ocean, Caleb Bergen (SLEEPWALKERS) – Additional Vocals, Voice of the Ocean, Nils Courbaron (SIRENIA, THINK OF A NEW KIND) – Guitar solo on tracks II and IX, and Christopher Amott (DARK TRANQUILITY) – Guitar solo on track X. Along with Maria Scream Arkhipova (ARKONA), Joni Snoro (EPHEMERALD) and Nils Groth (HERETOIR) who make up the Voices of the Fleet on “The Endless” Set for release in September (exact date to be announced), “Fleetburner” will be available in CD and Digipak formats, including a double-sided artwork poster, and as a Gatefold, double LP which will include a large double sided artwork poster, and an interior design exclusive to the vinyl release, by Stuz0r. More information about FLEETBURNER can be found at the following: Facebook: https://www.facebook.com/fleetburner Instagram: https://www.instagram.com/fleetburner_official/ Website: http://www.fleetburner.com YouTube: https://www.youtube.com/channel/UCXsG9aykUF5EXR72UHpBHNA/ Additional Information: Butler Records: http://www.butlerrecords.com For press info, interviews, bookings, etc., please contact [email protected] or [email protected] - updated June 22, 2020 19:57
0 Comments - More updates

Hey guys, I did another cover  of an essential metal song for fun. This time on my LTD AJ7. Enjoy and subscribe to my channel to see more and leave me challenges

At the Gates - Blinded by Fear cover 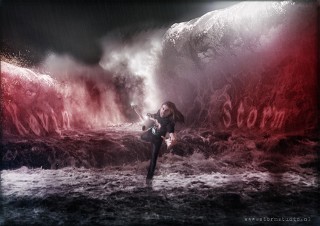 Kevin Storm
0 Comments
For my last tour, this time with Swedish band Shining, I used a spanking new LTD1000ET. The wide stretches and hard aggressive music were definitely well played on this rocksolid guitar. No tuning issues ever and the beast...
MORE »
Photos 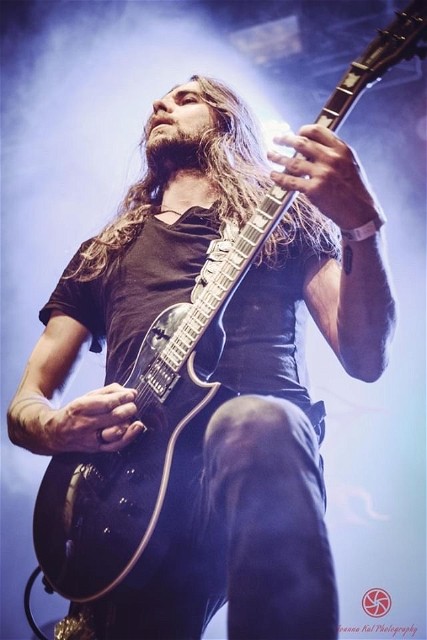 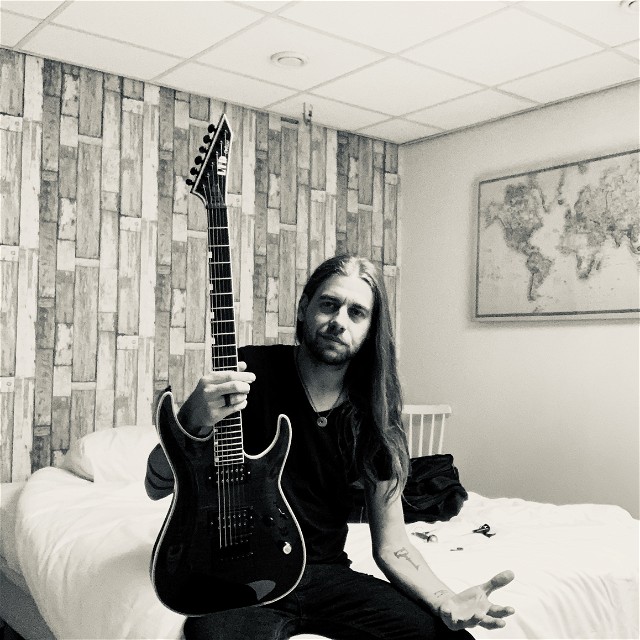 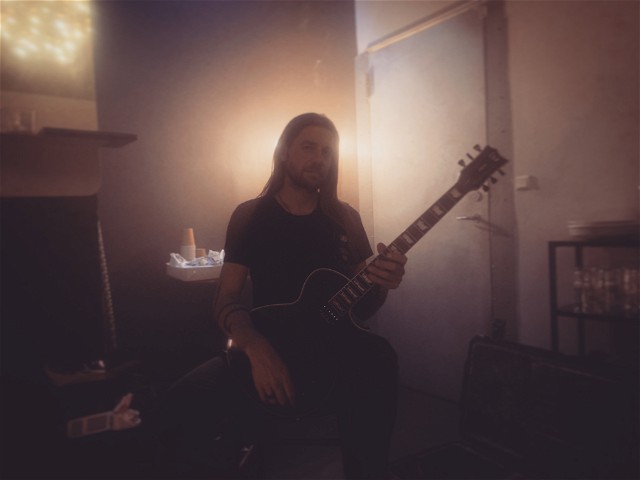 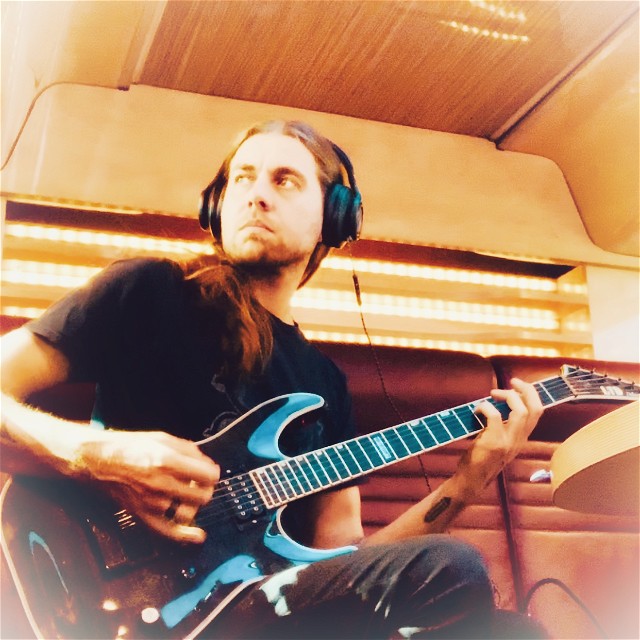 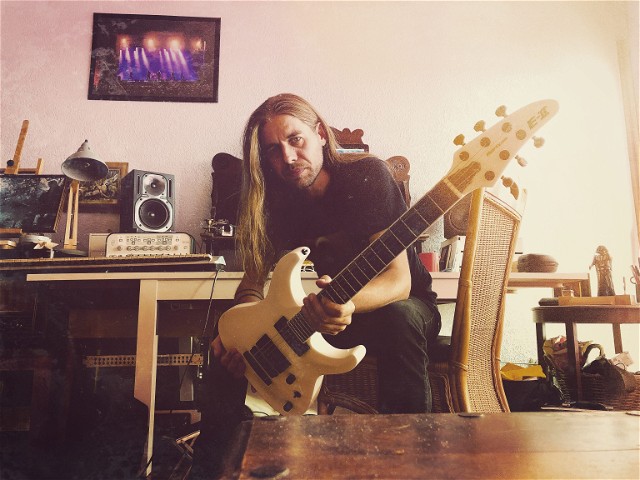 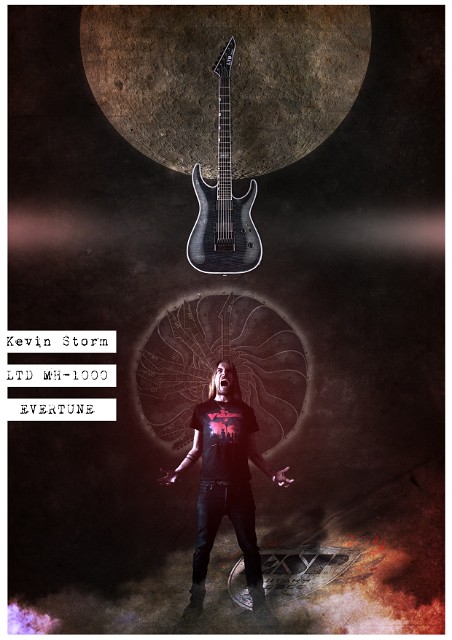 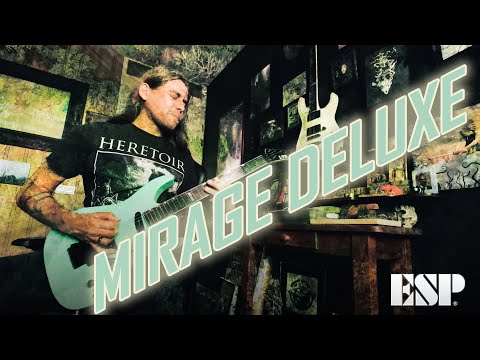 Kevin Storm
0 Comments
The LTD ’87 Series are faithful recreations of this set of instruments from ESP’s 1987 catalog. Based on the original ESP Mirage body shape, the LTD Mirage Deluxe '87 is a bolt-on shred machine with an alder body and...
MORE » 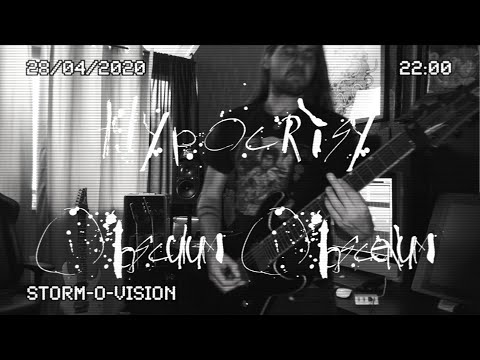 Kevin Storm
0 Comments
Using my LTD AJ-1   From the "ten years of chaos and confusion" album. I played this song so many times when I bought that album. \ I'm collecting a series of video playthroughs of bands that have influenced my way of...
MORE » 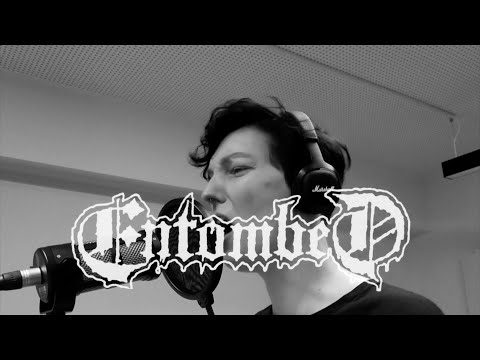 Entombed - Out of Hand - guitar cover by Kevin Storm

Kevin Storm
0 Comments
Using my LTD EX-401   In this ongoing series of songs I pay tribute to the songs that formed me and inspired me to be the musician I am now. For every cover I do, I try find the right group of people and record a full band...
MORE »
Friends
1 friends 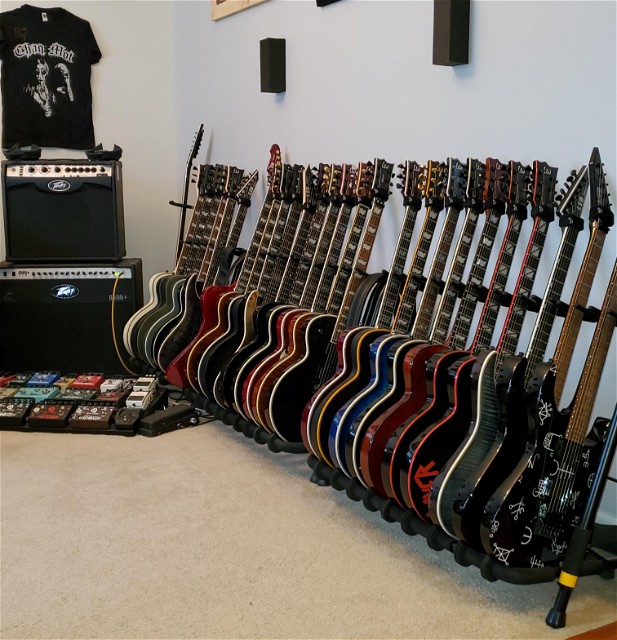 I am a professional session guitarist and have worked with bands such as Shining (se), Equilibrium, Heidevolk, Kalmah, Vulture Industries, etc.