I'm addicted to guitars since the first day I'm on earth, at least it feels this way. For me it's important to play all kinds of music and to keep the balance between technique and playing with soul. I started playing since I was 6 years old and as a consequence guitars - especially ESP guitars - play a major role in my life! The first time I heard about ESP guitars was in 2006. I was listening to Rammstein non stop in this period. As I saw the Nimes Concert I was blown away by Richard Z's sound and it's still my favorite sound besides Hetfield's god sound on St. Anger. I found out, that both guitarists are using ESP Guitars and EMG pickups. And since then I want to be a part of the ESP Family!

Another point are EMG Pickups. In my opinion they are the best. Especially I'm using the alnico pickups, i.g. 85 and 89. Almost every guitar, I own, is equipped by EMG pickups.

And in the end nothing sounds better than a Marshall amplifier! 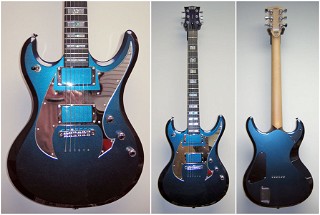 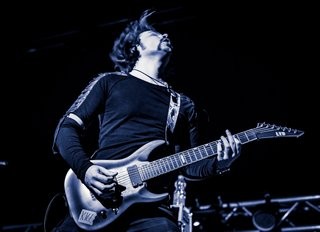