ZAP Feat. Zappa Vocal Legend Ike Willis, Chip Z'Nuff & Sean McKee Release Digital Single “Air Traffic Control” on Steve Vai's Favored Nations Chicago, IL - New band ZAP has released a digital single called “Air Traffic Control” on Steve Vai's Favored Nations label. The band is made up of Emmy-nominated composer Sean McKee, who is also collaborating with Jon Anderson from YES on a concept album project, Ike Willis, the voice on numerous Frank Zappa albums, and Grammy-nominated bassist Chip Z'Nuff (Enuff Z'Nuff, Missing Persons, Adler's Appetite). “Air Traffic Control” started as a 60 second piece that was commissioned by Lee Abrams (Co-Founder of XM Radio) to have McKee write a piece of music in the style of Frank Zappa, and produce a video to commemorate the 20th anniversary of his passing. McKee wrote and performed all instruments, including recording the keyboard parts using a then-prototype Lineage MIDI guitar from Inspired Instruments. Besides being a musician, McKee is known as a pioneer in the field of image processing, creating technology used for new movies and classic film restorations, along with 2D to 3D conversions, with the technology he led development on being used daily in Hollywood. For several years, one of his clients was Gail Zappa, Frank's widow, and he worked on restoring film elements from Frank's archive, and also helped to recover lost video masters that Gail hadn't seen in years. According to McKee, “When I heard the news of Gail's passing last October, I was deeply saddened, she was very kind to me, and an incredibly smart woman who pioneered the concept of artists' retaining the rights to the master recordings. I decided to take the 60 second piece and finish it as a proper song, as a memorial to Gail and tribute to Frank, who was a big influence on my playing.” McKee crafted the song starting from the existing 60 second guitar solo, building a complete song around it, similar to methods Zappa incorporated. He then asked Ike Willis to sing on the track and add another guitar solo. Die hard Zappa fans will also notice a lyrical reference to the infamous 'White Zone'. McKee continues, “The original solo I wrote is what ends the song, and Ike takes the first guitar solo. If you close your eyes, you can see Frank and hear the lineage. When Frank got sick, he asked Ike to carry on his music, and while this is a new, original song, his playing and voice carries the torch for both the legacy fans as well as a new generation of listeners.” McKee then asked Chip Z'Nuff to play bass on all parts except for the bass under the solos, which McKee had recorded originally. The end result is a modern interpretation and homage to a timeless and unique style. Watch the video: https://youtu.be/PULjX3rAU7k To purchase: http://itunes.apple.com/album/id1146099690?ls=1&app=itunes http://itunes.apple.com/album/id1146099690 For more information: https://www.facebook.com/ZAP-BAND-1618003005158499/ Press inquiries: Glass Onyon PR, PH: 828-350-8158, glassonyonpr@gmail.com - updated August 27, 2016 18:32
0 Comments - More updates 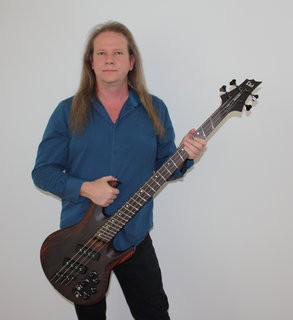 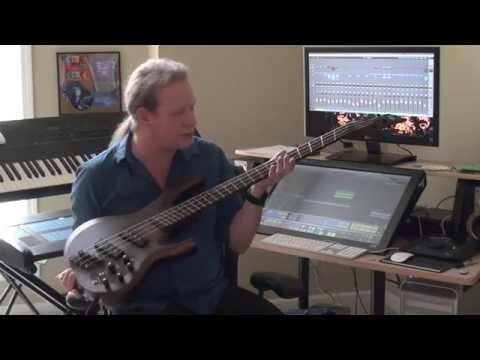 In college, having learned editing with Sound Designer and early versions of Pro Tools, he also became interested in video editing and effects. This, combined with a background in computer programming, led McKee to launch Screen Time Images, a company that for 12 years provided services to every major movie studio, providing traditional post production as well as specializing in image processing, film and audio restoration, and forensics. McKee has developed numerous hardware and software systems that are used daily by studios, and is a recognized pioneer and expert in the areas of image processing.

In 2009 McKee then moved to Malibu to join Point.360 and work closer with the movie studios, the American Motion Picture Academy of Arts & Sciences, A-list directors, actors and music artists, and then left to form Visionary Arts & Scientific Technologies (VAST, LLC) further developing technology in the areas of 2D to 3D conversion and 3D depth capture for feature films, television and video games. He has published several white papers (including in the SMPTE Journal) and has been interviewed on TV, radio and in magazines numerous times to discuss his technology.

While focusing on a tech-centric career, McKee always held music and related projects as the pinnacle of his passions, and worked with numerous artists in a variety of capacities, including supervising post production on Slash’s “Back from Cali” music video, Rage Against The Machine’s concert in Finnsbury Park, working with Gail Zappa (Frank’s wife) to recover lost masters and scan film for the famous Roxy shows, and 2D to 3D conversions of concert films for artists such as Chickenfoot (Sammy Hagar, Michael Anthony, Joe Satriani and Chad Smith), U2, Alterbridge and others. In 2015 McKee directed the Anderson Ponty Band concert film, featuring Jon Anderson from YES, and virtuoso jazz fusion violinist Jean Luc Ponty.

In 2013, McKee took a sabbatical from technology development, and returned to Chicago to pursue his lifelong love of music. Working with Lee Abrams (co-founder of XM Radio), McKee wrote the soundtrack to Abrams’ hybrid TV/app news station TouchVision, geared towards the Millennial generation, creating music representing cultures and styles from around to world to correspond with world news stories, segment intros/outros, and commercial promos.

McKee is now releasing the single "Air Traffic Control" under the band name ZAP on Steve Vai's Favored Nations label, as a memorial to Gail Zappa who passed away in 2015, with Ike Willis from Frank Zappa’s band (known as the voice of “Joe” from the seminal album “Joe’s Garage”), and Grammy-nominated artist Chip Z'Nuff (Enuff Z'Nuff, Missing Persons, Adler's Appetite).

McKee is currently composing his most ambitious work to date, working with Grammy-winning singer/songwriter Jon Anderson from YES, to create an exotic concept album filled with epic length songs which is expected to be released in 2017.

When playing bass, his choice is the ESP LTD B-1005SE Multi-Scale bass. A demo video can be seen here: