Rutger joined the legendary Dutch Death Metal band Pestilence in June 2019 and the band is currently touring worldwide and working on the new album set to be released in 2020.

Shinigami is a Thrash/Death metal band from the Netherlands and is set to enter the studio once more for a new release early next year. Shinigami is not signed to a label but has already gained support in many countries. The band already toured Japan twice and played in several other countries. This band is not showing any sigs of slowing down. A new EP is set to be released in the fall of 2019.

Alterizer is a brutal death metal band from the Netherlands featuring members of Bloodphemy & God Dethroned. The first full length album will be release in 2019.

Rutger states: 'I have been playing ESP guitars for 10-15 years now and they are simply the best. To me ESP is the ultimate badass expression of metal, craftsmanship and passion. When I pick up one of these beast before walking on stage I always feel ready for battle.' 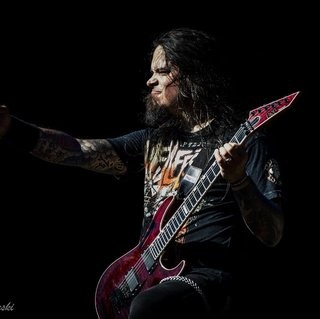