We have recently updated our website. Please feel free to stop by and take a look! http://riotousindignation.com - updated December 03, 2017 22:20
0 Comments - More updates

I am the singer, guitar player, and business manger of Riotous Indignation. A Metal and Hardcore Crossover band from Chicago Illinois. I founded this band with fellow member Bob Clayton in 2015 and released a 4 song EP titled The Violentus Musicae EP in 2016. The first track, titled This World, premiered on MetalUnderground.com on May 4th 2016.

Since the release of our EP, we have obtained positive press coverage and have confirmed airplay on over 50 internet radio stations, some terrestrial radio, and podcasts. This also includes a twenty-two week charting run for our song Secret Societies on Radio Naklo's Czadlista & Czadlista Post Scriptum Radio Show in Poland.

In January of 2017 we released our music video for The End and also became a semi-finalist in the 2017 Hollywood Film festival for our work in creating the video.

In 2017 the band has increased visibility and ongoing promotions in mainland China, our music was included in a music festival playlist, and was recently the focus of a new syndicated column about heavy music on QQ Music.

We have recently been added to the Making a Scene 2017 compilation by our friends at Whatever68 Radio and PP Promo Records.

We have pending compilations that we will be contributing to including El Bunker Del Metal out of Argentina, and also The Metal Music GlobAlliance Compilation from our friends in Ravenclaw out of Slovakia.

We are currently working on a full length album due to be released in 2018. 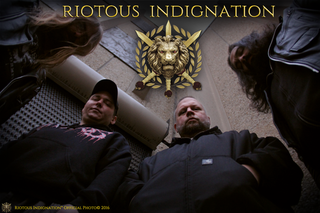 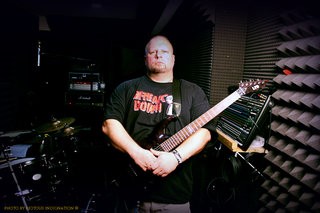