Dommin has released 3 new songs over the Summer: Beautiful As A Stranger, Strings & Clearly. Check them out on Spotify, iTunes, AppleMusic, Amazon, GooglePlay and everywhere digital music is streamed and downloaded. - updated September 23, 2018 02:34
0 Comments - More updates

Kristofer Dommin is the enigmatic frontman for 3 projects.  He started by launching his hard rock/goth 'n' roll band called Dommin in 2004.

Dommin’s Roadrunner Records debut, Love Is Gone, released in 2010, was referred to as “the voice of the broken-hearted.”   The songs delved into complex relationships and damaged psyches.  The album’s first single, “My Heart, Your Hands” was featured as iTunes ‘Song Of The Week’ in February of 2010.  Dommin received nominations as Best New Band and Best New International Artist at UK’s Metal Hammer Awards and Kerrang! Awards respectively.

Dommin has toured in the US as support for Combichrist, Volbeat, Black Veil Brides, The Birthday Massacre, Kill Hannah, HIM & Lacuna Coil and played a week of dates on The Warped Tour (2009 & 2010).  In 2010, they supported HIM and Lacuna Coil in Western Europe & the U.K. They returned to Europe that same year to play Germany’s Rock Am Ring/Rock Im Park festivals and to open the Main Stage on the final day of the Download Festival in the United Kingdom.  In 2011, the band played the Soundwave Festival in Australia.

Thanks for the add man. Cheers

Sorry disturbing you man, but can u send a like my ESP Custom Model, please? 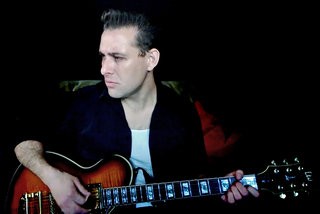