The cover band I am in plays 2 sets that are an 1.5 hrs each. We take a 15 minute intermission between sets and this is the video I put together to put on the screens behind us while we aren't there. Short introductory video followed by a music video we shot on a loop. On each loop I messed with the effects a little to give the crowd something different each playback until we build up our video content library. Theres also a countdown that tells the other guys when to get back to the stage. No Audio. 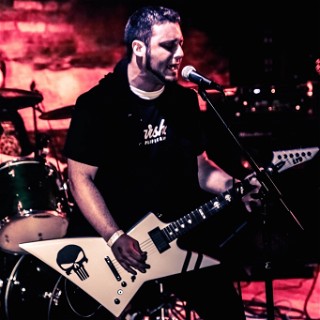