Playing outside the box

Playing outside the box

DIY ways of making the sounds you want. 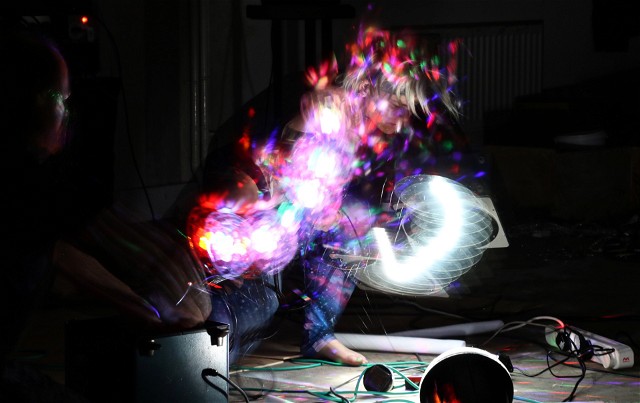 In this article I aim to dissect different DIY techniques used by various artists, for you to try at home. I'll also have a brief interview with the band Harmergeddon, an experimental two piece, pushing the boundaries of sound and even the very concept of ‘the instrument’.

“Many artists over the years have experimented with a variety of sounds from riverbed electronic generated noises to using everyday objects!”

who doa great line in DJ Financing so you can get making noise ASAP !

When it comes to experimenting with instruments many rock artists come to mind. Whether its Sonic Youth and the experimental use of everyday objects as guitar sliders, or Sigur Ros who contribute to their mystical ambient sound using string bows on guitars. These are just a small sample of the world of thinking outside the use of standardised equipment. This is often used in combination with different pedals and effects. Trust me the results can be astonishing! This is also true when it comes to DIY guitar effect methods. Nirvana famously stated “if there was no Sonic youth there would be no Nirvana”. Thruston More lead singer/ guitarist and founding member of Sonic Youth famously used drum sticks as a slide. This is used in the songs Youth Against Fascism, Sugar Kane, 100% and many more, even resorting to using a cowbell as a slide in the song Bad Mood.

Thurston uses a metal hammer to pound the strings especially used in the song Heather Angel. A metal file placed over the pick-up for the song Calming the Snake and a bike horn wedged under the strings in the song Lightning. One very interesting technique used by Sonic Youth is placing a drumstick under the strings on the twelfth fret. This creates an ethereal harp like sound. I tried this myself and the results are impressive! I recommend tuning down the strings in order to loosen them before you do this.

Icelandic Post-punk band Sigur Ross have been around since 1994. The effects they use can often be mistaken for deep sea whale noises. One of the guitar methods used by Sigur Ross guitarist Jo’nsi are string bows. This creates an ethereal intensity like that of an Ebow. Here he combines a Toneprint Hall of Fame reverb pedal with a bow creating an awe inspiring sound!

A new experimental band Harmageddon uses a mixture of pedals, effects and everyday objects, to create an awe inspiring sound genuinely one of the best bands i've seen live. It is an honor to write about a fresh enigmatic sound from loud to quiet to meditative. Combining retro electronic experiments with a post modern twist.

Hello Nathan and Fae from Harmergeddon! First things first, how would you guys describe your music?

“For us it’s a conversation. Everything Fae does affects what Nathan does and vice versa. It started as a collaboration in listening and making peace with (and pieces from) the noise of life, it has evolved into a meditative language.”

Who do you guys see as your main influence when it comes to experimentation and making music with everyday objects and electronics?

“Fae: I came to be a musician from sound art. Towards the end of my degree I was making sculptural instruments, sound based videos and built a plate reverb, so my initial influences were people like Eric Archer, Nam June Paik and Cage. Then Nathan asked me to help with his MA work and I was introduced to the world of Noise and Experimental music. For a long time then influences were those we had the pleasure of gigging with in South East London, so, raxil4, Cementimental, Lydia Musonic, Merlin Nova, The Baloons and Charles Hayward. We also read and listened to a lot by the likes of Curtis Roads, La Monte Young, Harry Parch and Louis & Bebe Barron.”

What made you take an interest in creating your own effects?

“Lack of money! If you can’t buy the kit you build your own. Also the exploration and discovery of new sound is part of the music making process for us, so this means we can get deeper into that. We had a kind industrial thing going for a bit, inspired by Bow Gamelan, Neubauten and Test Department scavenging skips at night was very lucrative, not in the way we expected though. We were looking for scrap metal but so were the scrap merchants, what they left was the next generation of industrial waste, the CRTs, the VCRs and these we found had their own uses and charm.”
If you 2 were stranded on a desert island and you could only bring one thing to make music with, what would it be?

“Fae: I would like a solar powered toolkit please! I can build instruments from the things I find on the island then tear down the tools to create photophones!

Nathan: My voice, as for us the space we’re in is part of what shapes the sound. Part of my way of dealing with my neurodiversity is I am always humming along to sound so it becomes part of myself, something I have more control over.”

“Play! Have fun, get a bit nerdy about it. YouTube is full of tutorials and so many people offer kit build workshops, so it’s worth going along to have someone help you troubleshoot problems. Something we aim to do in our two tone drone box workshop is make sure participants leave with a working box. For those interested in the electromagnetic spectrum, think of it as a continuum, from the earth turning on its axis to the rays from the sun it’s all a matter of frequency and we’re all part of it.”

So for our final question, would you guys ever be tempted to make a record using ‘normal’ instruments?

“Well our next release is Hayward Verses Harmergeddon on 10th July and that's pretty drum heavy. Fae also runs Welfare Unit, an artist residency and support programme, which is just about the release Suckled by a Shewolf, a compilation of strong womxn artists and all sorts of traditional and nontraditional instruments are being used on that. Nathan is never far from a guitar so that could feature some day.”

Thanks Guys, amazing live artist that i could recommend for an immersive experiential experience with immersive sounds and a kaleidoscopic style light show.

There is a misunderstanding approximately education that it is evenhanded for the sake to get earnings and they have no distress the education important, cutting-edge attendance must be deduction of this concept and essay roo reviews give the priority to education on dough as this has to build the future of a nation-state.

Those are great ideas from big bands, thank you for sharing! 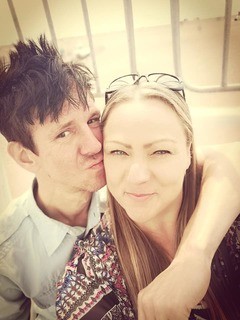