"Acacia Koa is a species of flowering tree in the pea family, Fabaceae. It is endemic to the Hawaiian Islands,[2] where it is the second most common tree.[3] The highest populations are on Hawaiʻi, Maui and Oʻahu. Its name in the Hawaiian language, koa, also means brave, bold, fearless, or warrior.[4]"

Hawaiian Koa wood is prized for its rich colors and reflective chatoyance. For years, it's been a popular option for acoustic tops & side and electric guitar tops and body wood. Highly figured Koa wood sells for top dollar. Not surprisingly, they are typically found on high-end instruments.

One of those 25 limited edition Koa guitars can be found on Sweetwater.  Here is what Sweetwater has to say about the figured Hawaiian Koa wood featured on this instrument top:

"They (ESP) topped the okoume (body wood) with beautifully figured koa, prized for its bite and sustain, as well as its distinctive look. The result is an incredibly thick tone with a unique, edgy character. "

An acoustic guitar is used in a variety of music genres, where the sound and more volume are desired. If the top is with Acacia Koa tree then the output will be great with the addition of sound chambers within the guitar body.  Cannabidiol for Pain Management 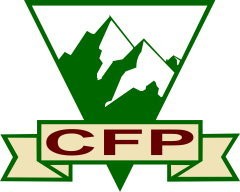