Too many people are focused on how fast they can play solos and not focused on what they actually sound like. With the right tone, your solos will not only sound better than someone who just sits there and shreds up a storm, they will also get you more attention because people will be drawn to your sound rather than the spectacle of you playing guitar really, really fast.

Here is what I do to get a really fat soloing tone with a pretty simple rig.

#1 – Boost Your Tone with Overdrive

One of the best ways to give your solo a little punch is to simply boost up the distortion a little bit. The best way to do that is to add an overdrive pedal to your pedal board.

I use a regular distortion pedal for all of my verses and choruses to get a nice heavy sound, but the solo needs to stand out from the regular verses. That’s when I kick on an overdrive pedal. This gives me a little extra boost to be heard over the rest of the band and differentiate my solos from the rest of the music.

I don’t typically use overdrive pedals for the rest of the song because they are kind of weak in my opinion, but they are awesome for solos. I’ve used a bunch of different overdrives over the year, but I think MXR makes best overdrive pedals right now.

I have to be careful here because too many people go WAY overboard when it comes to wah pedals. They aren’t meant to simply smash and smash and smash. They are supposed to be an added texture in your playing. Just hitting them over and over again doesn’t really do much but make you sound like over-the-hill Kirk Hammett.

Use a wah pedal sparingly and with a purpose. Use it to add a little extra tone to your solo or to emphasize a few notes or something. Don’t use it throughout the entire solo. That’s not what the greats did.

Again, I’ve used many different wahs over the year, but lately I’ve gravitated towards Empress pedals. I think that are making some of the best wah effects pedals out there right now.

I know most people might disagree with this, but it’s true. You’re solo is more meaningful if you get in, make an impression, and get out. Endless noodling is only going to impress guitarists. No one else.

I know this one has nothing to do with guitar effects for solos, but it’s important and I think it needs to be said. Work on quality and not quantity. Make your solos count rather than making the audience count the minutes until you are done sololing.

That’s it. If you try to find the right overdrive and wahs to match your style, your solos will almost automatically stand out. There is also something to be said about your choice of amps and guitars, but that will have to be covered in another article. That’s another whole subject entirely.

You completed certain reliable points there. I did a search on the subject and found nearly all persons will agree with your blog.  carpet cleaning

Thanks but with some little nagging words over the negligence of content and the matter about the topic and it frustrates more than anything if you would like to contribute something to any article or kind of forum but you have no idea what to do and how to mention. As content analyst at Nursing Essay experts, It is quite obvious to say that irrespective of genre you are leaning to, it is deeply connected to the psyche of person and it is what you can make anybody dance on the tunes you ring of that genre. In today’s world it is now rapidly becoming the part of healing and medication in different countries and

Its all about guiitar here buddy

Now we can get the help by this site because here so more things available for the work and its so good for the all user so that  remember passwords  we can get he more help for the easy our work. 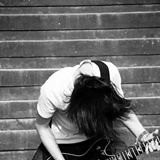