I dedicate this spot to the early years.  Do have something from the 80's or 90's, tell us what you have and post pictures if you got em. Anything made by ESP, LTD, ect or made using ESP parts like Robins or Kramer focus ect.   Any pictures or discussion related to older ESP products welcome.  Please post orginal content when possible.

Hi all. I got this guitar. But not much clue. The headstock looks legit but the body is like an Ibanez, perhaps modded too. I think it's an 80s or early 90s. I knew that ESP made a lot of oddball design during this period. Could be a custom order too. Appreciate anyone if can enlightened me. Thanks.

Ps: having some issues uploading the pics. So bear with if it does not appear

I have an old ESP I would like to find out a little more about. It is about to come an ice storm here and we will lose power, so I am going to try to do this as fast as I can.

First, a little history and please excuse any typos.  I know it is at least 90s because we played when I was in highschool. A friend of mine used it in the 96 or 97 talent show.

But he modified it, so to speak. You know teens. But I kind of like it. At any rate, it is priceless to me for the memories. It may even be an 80s model. I'll post some images and tell you what I know.

Another friend ended up with it and it say on his back porch for maybe a couple of decades until I rescued it.

The original owner had taken into his woods class and used a band saw to cut it into the shape of a BC Rich warlock. I think because another friend was creating an axe base from scratch like the one kiss plays.

He left all the cuts rough and painted it black and used cut outside from musician catalogs and magazines to cover it with stickers. Then he painted the slayer logo over the ESP logo.

On my friends back porch it deteriorated. I have taken it apart and am in the process of restoring it. I waa torn between leaving the wood rough cut or sanding it down smooth before I repaint it. I think I will find decals to cover it with to try to recreate the look my friend made with his home made stickers.  The machine heads were biut the only thing left in good shape, so I will clean those and it has all the original electronics.  I do have to change the floyd rose tremelo. I have one ordered and in the way.

I was wondering what it originally was, how old it was, and what it may have been worth.  I dont expect it to have been very pricey, and even if it were, it isnt now, but it is priceless to my friends and I for the memories . To be honest, I had alwasy admired the guitar even though I owned soem pretty nice gitfiddles myself. The only numbers I can find on it were on the bottom of the neck, hidden. You only saw them when you unbolted the neck and took it off the body. The numbers are:

There were also some numbers under the pickguard on the body.

The pick guard has one humbucker and two single coils. The contacts on the pickups were a little rusty, but I will make them look like new. Now, let's see if i can remember how to post images. Any info anyone may know would be awesome. Just for historical value to me. I love my guitars. I'll upload more after I have it restored and playing again.

I have had a ESP Horizon that was from Frank Hannon.  Needs some work but I believe it is fully custom.  At the time the managers (Tesla) son told me it had a MK-II head with Horizon body.  Still has his name on the case.  Is it worth fully restoring?  Anyone know the value?  See photos. 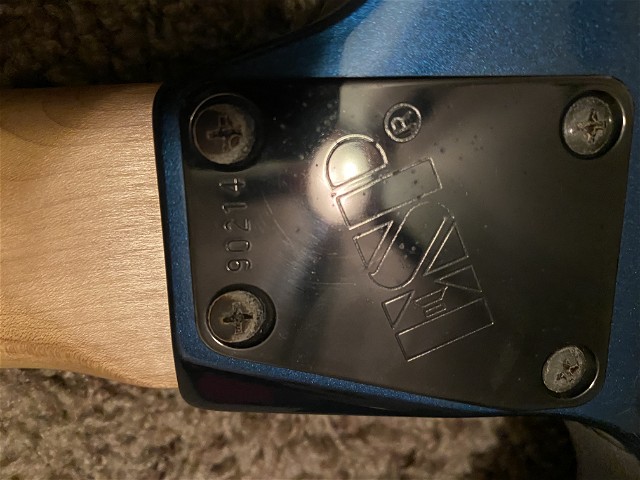 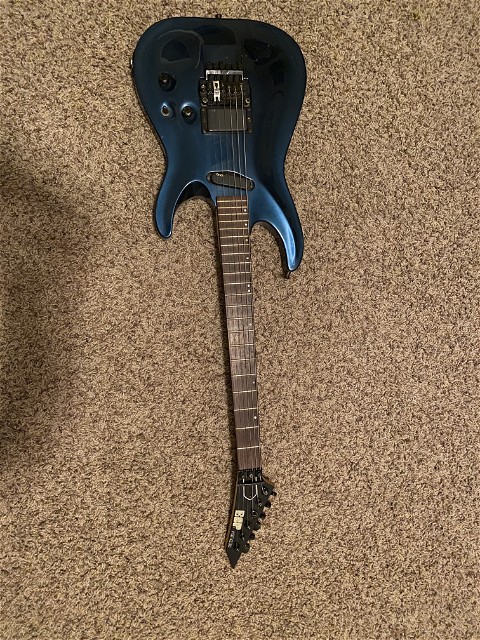 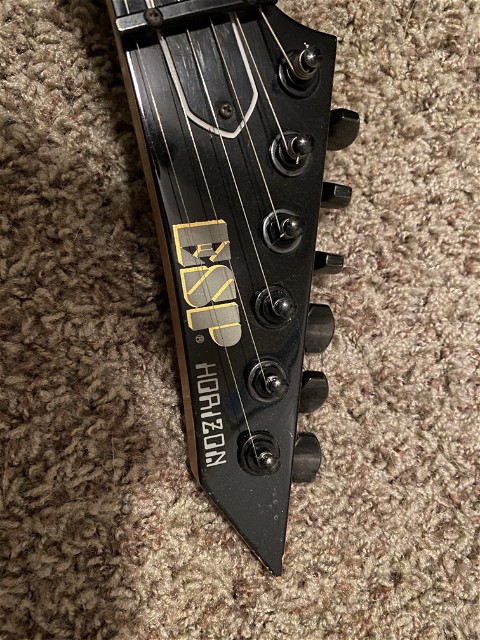 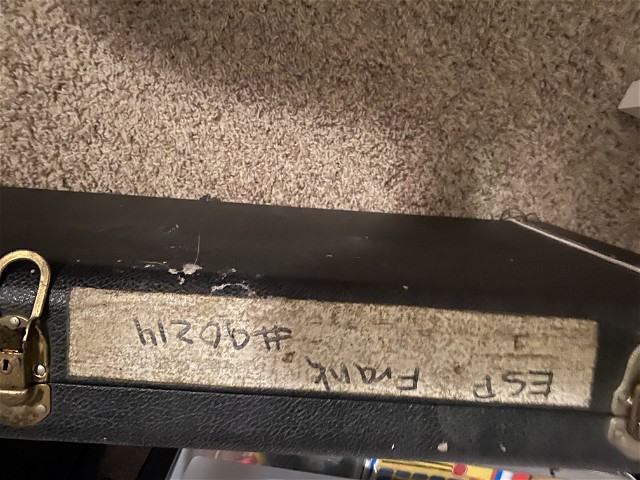 Picked up what I believe to be a  VERY early ESP Mirage 48th street music NYC built. Gotta love Snakeskin! This one is a true case queen, not a scratch, dent or blemish on her. Serial # is the lowest i've ever seen 4 digits, can anyone help date this for me? Thanks 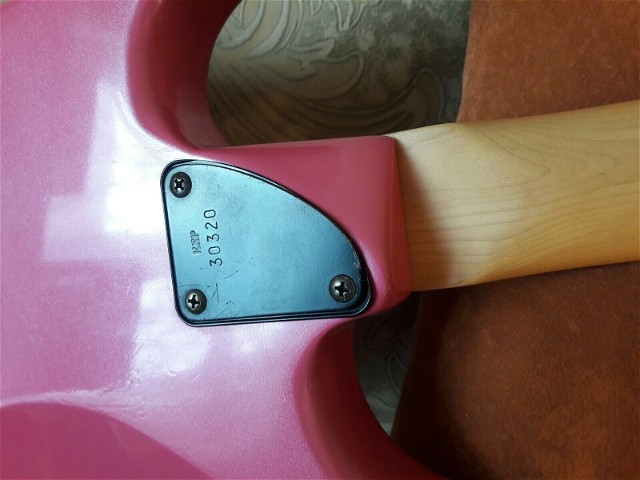