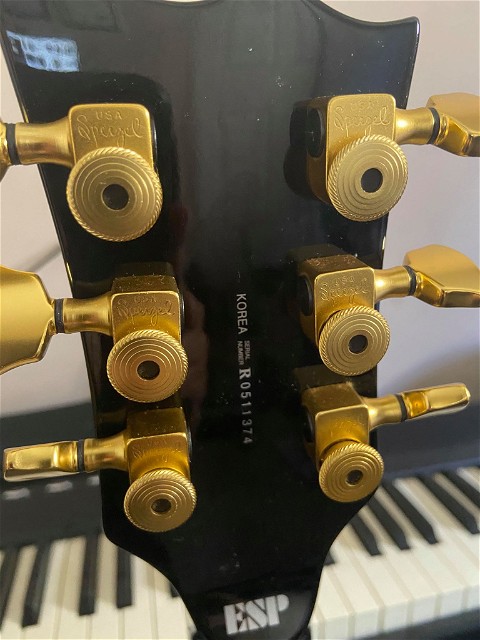 Friend of mine has an EC 1000 laying around and I've been wanting to buy one, but with so many other guitars in my arsonal I didn't want to pay much. He offered to sell it for fairly cheap, but after I went to check it out I saw a few things that were a bit of a red flag. I've owned a white ec 1000 before and they feel similar but this one has some things that look different. He changed the locking tuners himself because the old ones were oxidized and the gold plating was coming off. He included the original emgs, but swapped out into passives as pictures. He swapped out the knobs as well as pictured, included original gold ones. He's let me try it out and home and find out if it's a real one or not, feels nice but I don't want to buy a fake EC

My  concern comes from the lack of rohs compliant on the headstock. Do they all have it on the same spot? Maybe it was scratched off somehow, but why would anybody do that? Second the seriel number starts with R instead of W. Different factory? or red flag?
haven't seen another EC with the tonepros sticker on it like this one. Biggest concern is the singlecut it looks too deep. Is that how it's supposed to look like? Really appreciate any tips on it. Would love to own it but I really don't want a fake. 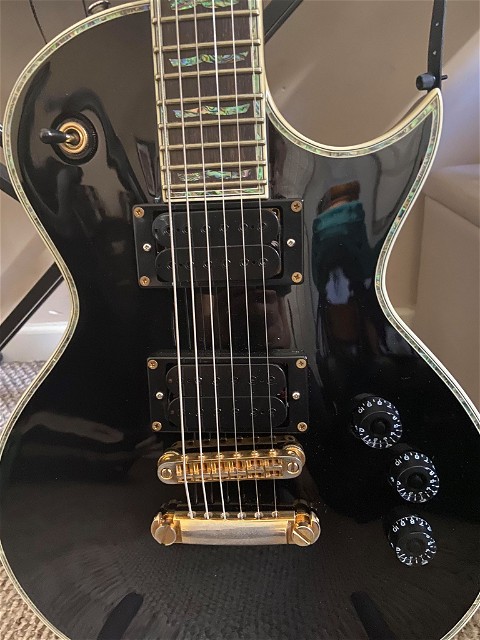 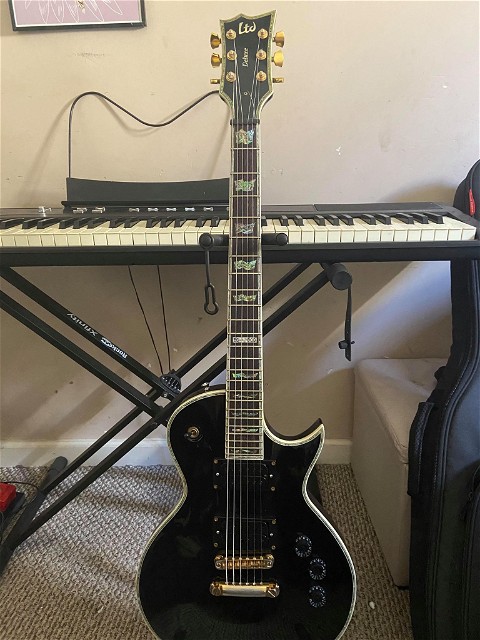 looks good to me.

the letter R is a valid korean prefix for the serial for some guitars from that timeframe. I remember some sort of discussion on it a long time ago but forget if they were made at WMI or not. the horn seems in line with some examples from catalogs I see in that time. there is some variability. the RoHS label wouldn't have been present until after 2007 or 2008 production. as far as the sticker, those guitars came with tonepros bridges and tailpieces so it's not unexpected that a sticker would be on there. it's on the plastic so must examples would have been removed along with that.