Hey all, I recently purchased an ESP E-II Viper Baritone. I am still trying to figure out what string gauge to use on this thing. I think it shipped with Elixir 13-56 (wound third) but I am not sure since I never properly checked it. This is what the manual says. When I bought it, the guy at the guitar shop was trying to use a set of digital calipers to measure the strings for me, but the calipers were crap and the measurements were fluctuating wildly. After that I never attempted it again and now it's too late. The ESP website says 10-46 for this guitar, but that seems extremely light for a baritone. The generic ESP user manual says 13-56 for baritones, which seems more likely. Anyway, right now I have a set of D'Addario 12-52's on it... It seems a little loose still. Just wondering if anyone else has this guitar and what they have experimented with? Has anyone ever tried 13-60s on it? That might be pushing it, at least for the slots in the nut (which I believe is bone). Mostly use this for a mix of metal and clean arpeggios / clean single note lines.

Guitar sounds great! Still getting used to the long scale length, my fretting hand had a bit of stretching out to do when I first got it. I've played a Gibson Les Paul and Explorer for years so it was quite a jump from those two necks. 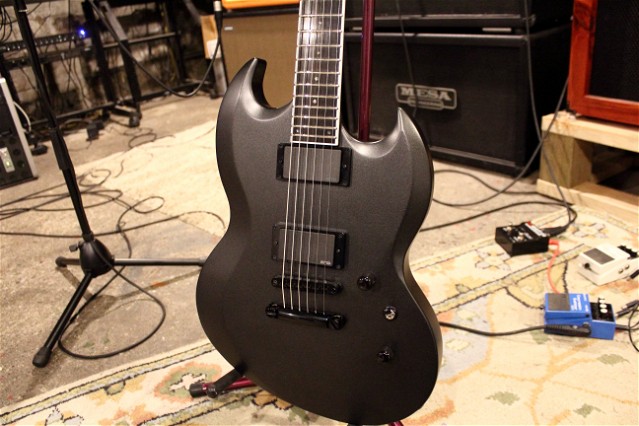 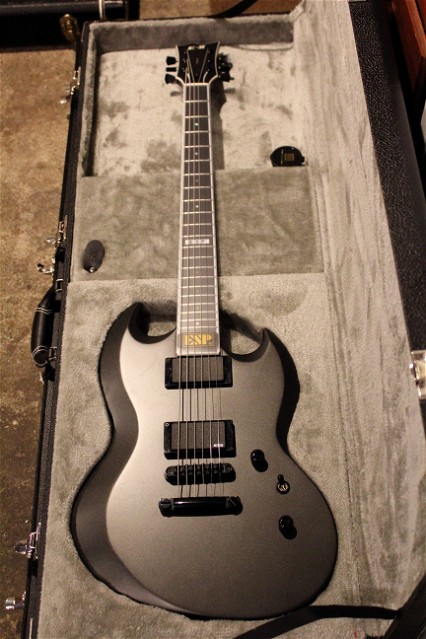 I tuned up my D'Addario 10-52's to C Standard. So far it sounds pretty good. Had to adjust the truss rod a little bit. Will probably go back down to B Standard next time I restring, just trying some stuff out. I have a set of 12-60's here I might try out.