I was fortunate enough to have enough time in Japan to go visit "Guitar Street" in Tokyo.  There are so many guitar shops on this street with each store just jam packed with guitars, with very little room to maneuver through the shops.  I stopped by the ESP Guitar Workshop and was able to snap some pics.  Enjoy! 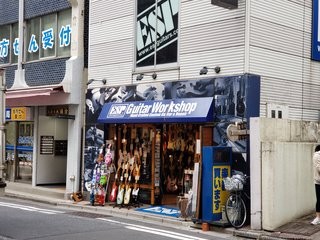 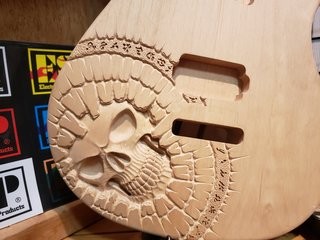 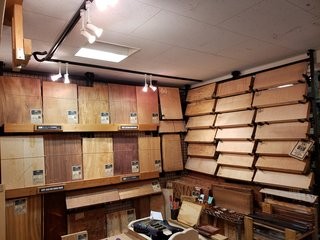 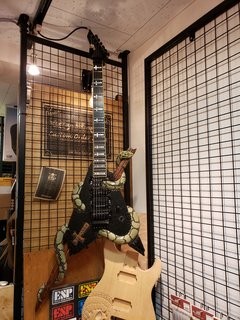 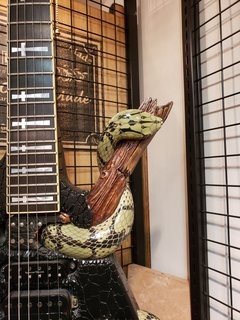 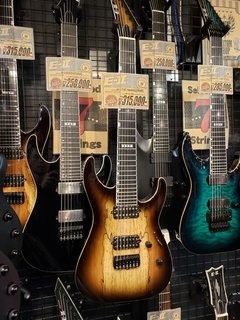 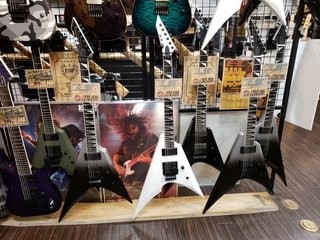 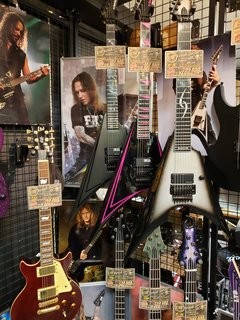 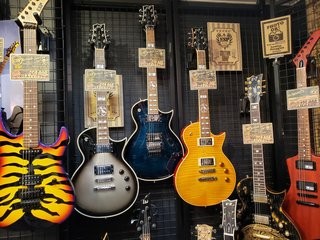 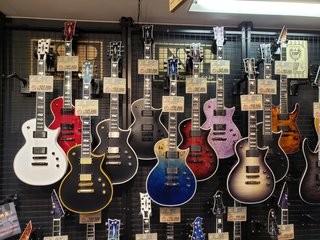 Did you bring one home?

I want to take Mrs Funk next year and watch a sumo tournament, eat sushi, and go guitar shopping.

How was the flight?  Not really looking forward to that part of the trip.

No, I did not bring one home, although I was tempted.  The used market prices in Japan are ridiculously low.

I highly recommend taking Mrs Funk.  Hit me up if you have any questions.  We went to Osaka, Kyoto and Tokyo.

The flight wasn't bad actually.  We took a Southwest flight from Sacramento to LAX and then took JAL out to Osaka.  Flights for us were much cheaper (about half the price) going this route versus flight direct out of Sacramento.  As far as length of the flight, it wasn't that bad for me.  I had some work to finish up, which took up 9 hours of the 11 hour flight.  On the way back it was a 9 hour flight, and I just watched Daredevil season 3 which helped the time go by.  Not sure where you are flying out of, so depending on when you land, you may just want to pull an all nighter and sleep at night when you land in Japan.  That's what I ended up doing both ways, and surprisingly, jet lag didn't kick my ass.  The seats on JAL economy class were comfortable, and have more elbow and leg room than most other planes I've been on.  For reference I'm 5'8" 175lbs (muscular build).

Coolio.  We would fly out of Miami to probably Seattle or Vancouver for a weekend and then make the jump over.  Thanks for the heads up on JAL.  We recently had a poor experience with Air France and their economy class.  Probably the worst airline seats I have ever experienced, not including puddle jumpers and other small planes.  I may hit you up for some ideas in time.  Just haven't gotten that far yet.  Thanks!

Not a problem, hit me up anytime.  If you haven't been to Vancouver yet, I highly recommend going!  We were there this past February.  Biking around Stanley Park was a lot of fun, and there is a ton of good eats.

Are you able to buy parts at these stores? For example, I'm looking for an authentic reverse pointy headstock with rosewood fretboard that would fit into an older Mirage shaped body from the 80s. I wonder if they would have any that I could buy. It would be helpful to know! Thanks in advance.

Would this place build me a left handed MX-250 if I walked in off the street?

Yes but you'll have to go back to pick it up when it's done.

Fantastic pics! I visited Japan 6 months ago and can't wait to go back again.

Their guitar shops all over Japan are bloody awesome.

Great pics! Tokyo is my favourite city anywhere and ESPs are incredible. Supposed to visit for Olympics but now that they postponed I have time to save for the ESP shop. Are the new guitars close to same $ as back in North America? I wouldn’t mind grabbing a few used ones as well if could get a few Stef Carpenters/ Cavaleras