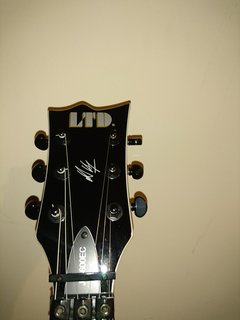 i am just wanted to 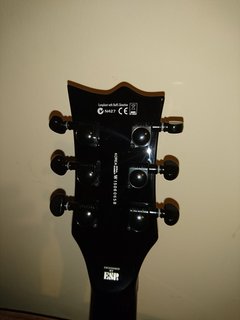  i just wanted to check that my jh600ec is legit the serial number is w15060658 I just bought it from my local guitar store in England. 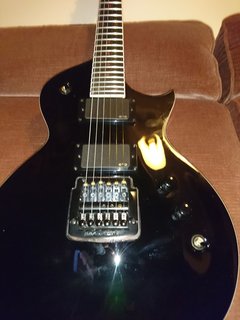 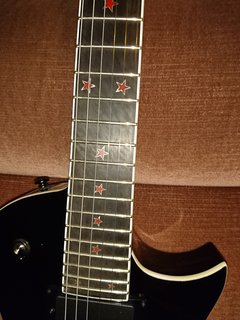 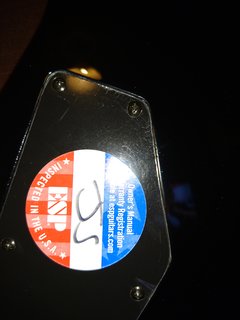 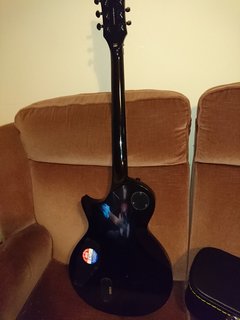 Here are some more photos.

Everything looks good to me. Nice looking guitar, by the way!

Hello, first post here as I have never owned an ESP product before but always wanted to get an ex.

Saw this ad online and seemed like the price was kind of low. It is advertised as an ESP LTD EX260 and he is selling it for $150 Canadian (about $120 american). It looks like he dropped the price from $180. There is a chip out of the corner, but it still seems like a low price to me.

I wish I could post some higher quality photos, to get the serial number in, but this is all that is on the ad. The back of the headstock shows just the esp logo and the serial number, from guitars I saw online I thought there was the CE logo (Conformite Europeenne), or is that only on some of the products depending on where they are made? 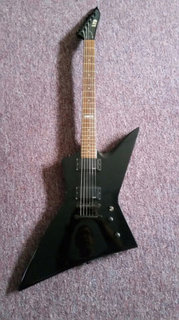 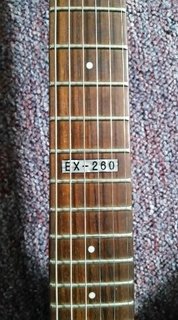 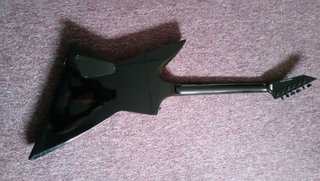 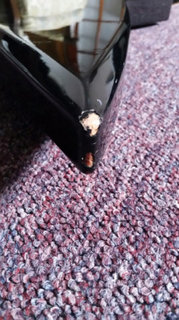 Your Eclipse is genuine. Are you referencing the wire that appears to be coming from the jack? Does your guitar sound okay? Everything appears original.

I know there was a thread with this question, but I can't find it so here I go.

Is this fake or not?

I know from the previousley thread that there's no ESP logo from that time.

But it looks like the EPS logo on the front is a bit off to me..

Here are some pictures. 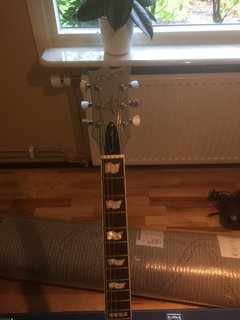 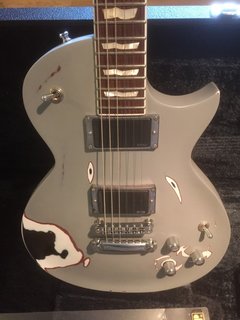 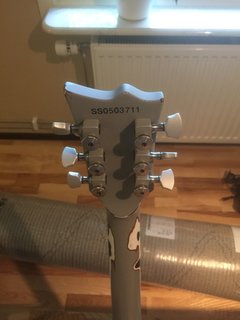 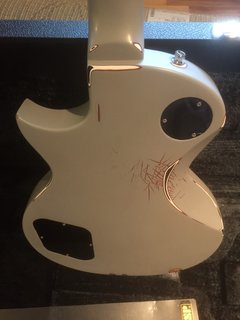 It's legit.  The logo on the front has been removed and re-attached.  Here's a shot of my old one.

Why would anyone do that I wonder?

Thanks for the help Pushead!

It could have been bumped or knocked off.

Too late for the Truckster, but perhaps not this one!

Pretty sure it's the real deal. Just wondering about the serial number.

Have never seen the numbers at the same "sticker" as the made in Japan stamp.

EDIT: After some zooming I did see that the numbers isn't on the Made in Japan sticker. 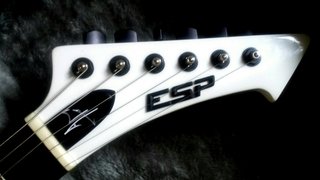 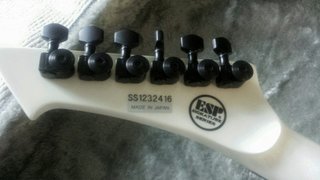 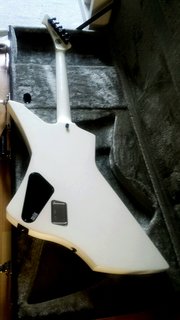 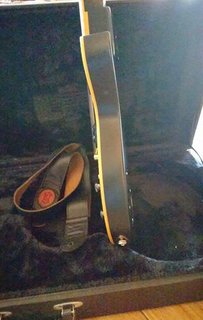 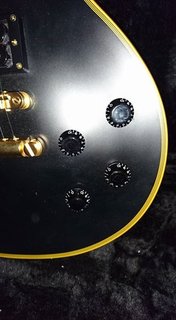 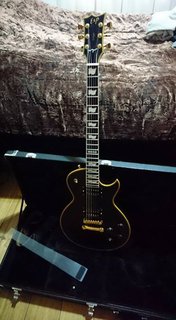 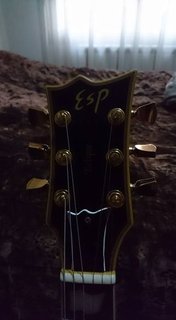 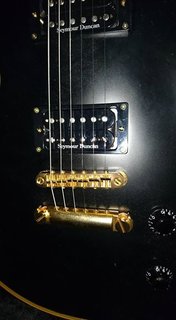 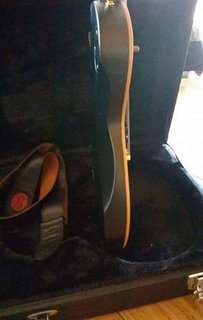 Snakebyte is legit, though there are people who argue about the "value" of a Signature Series ESP Snakebyte vs the Custom Shop ESP Snakebyte.  That guitar is a 2012, which is right around when ESP made the decision that all ESP signature guitars would be Custom Shop production only.

Some people feel the SS serial number signature guitars are worth less.  By-and-large, the SS guitars sold in the $2000 USD range new, and the CS guitars sell in the $4000 range new.  The thought is that the SS guitars were "production line" made, and the CS guitars are overseen by a single luthier.  Can't say that's true, but that's what I've read.  Value is a difficult thing to determine and justify.  I'll stay out of that discussion.

As I said in another thread (just in case someone runs into both threads), the Eclipse is likely legit.  The photos display small until you've been a member for a while (or you've made enough posts?).  From the small photos, the shape seems correct, as does the serial number. 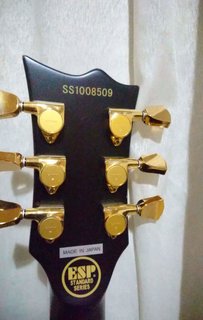 Pls respond swiftly before someone else snatches it !