There's KH-2 Ouija 1998 for sale on Reverb with previously unknown serial number, as it's missing from the list maintained by GuitarCollector.

According to the seller "The serial number of this guitar is: K-22150 with neck plate #: 25552 and was purchased used onsite at the ESP Craft House in Shibuya, Tokyo"

It's been common knowledge that there were 69 of bolt-on Ouijas made in the 1990s, does this mean there were more considering this new SN KH-22150?

The guitar looks legit to me, but I will wait for you opinions. 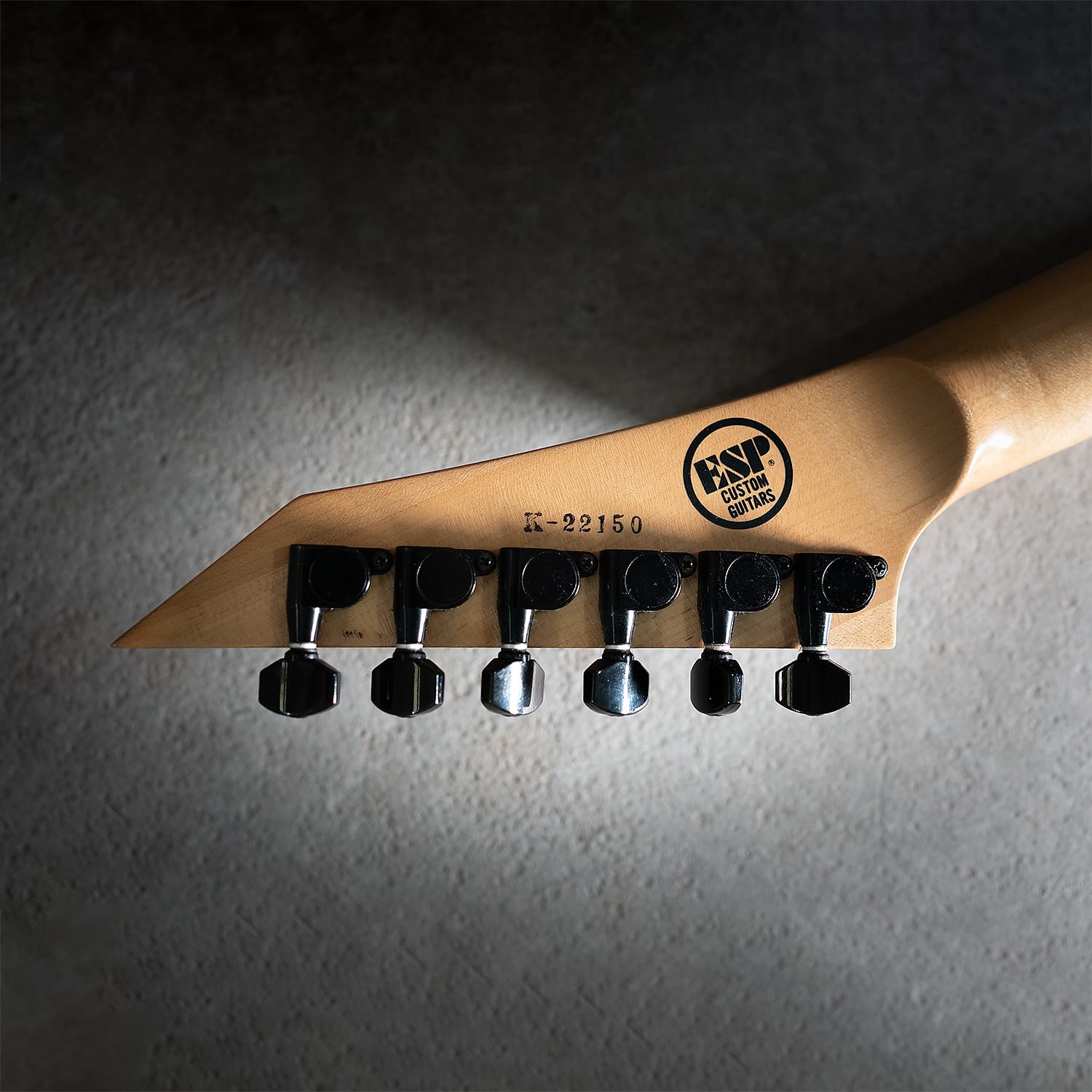 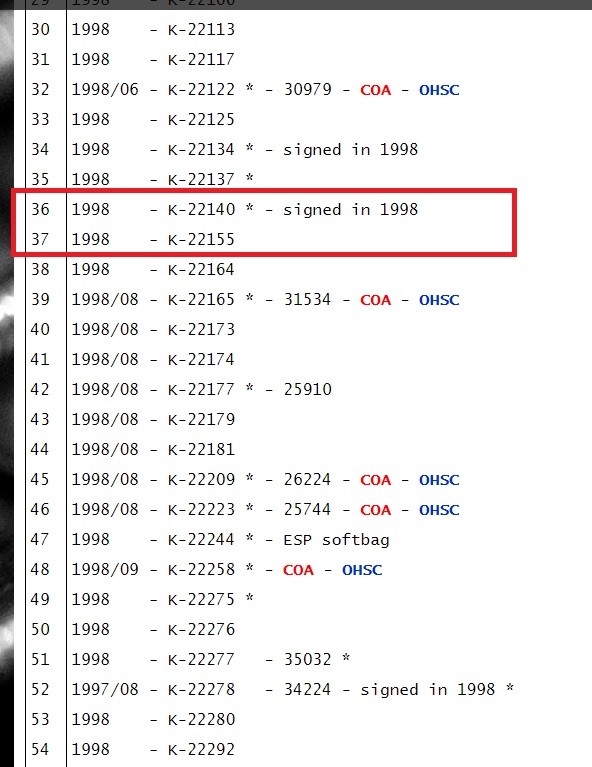 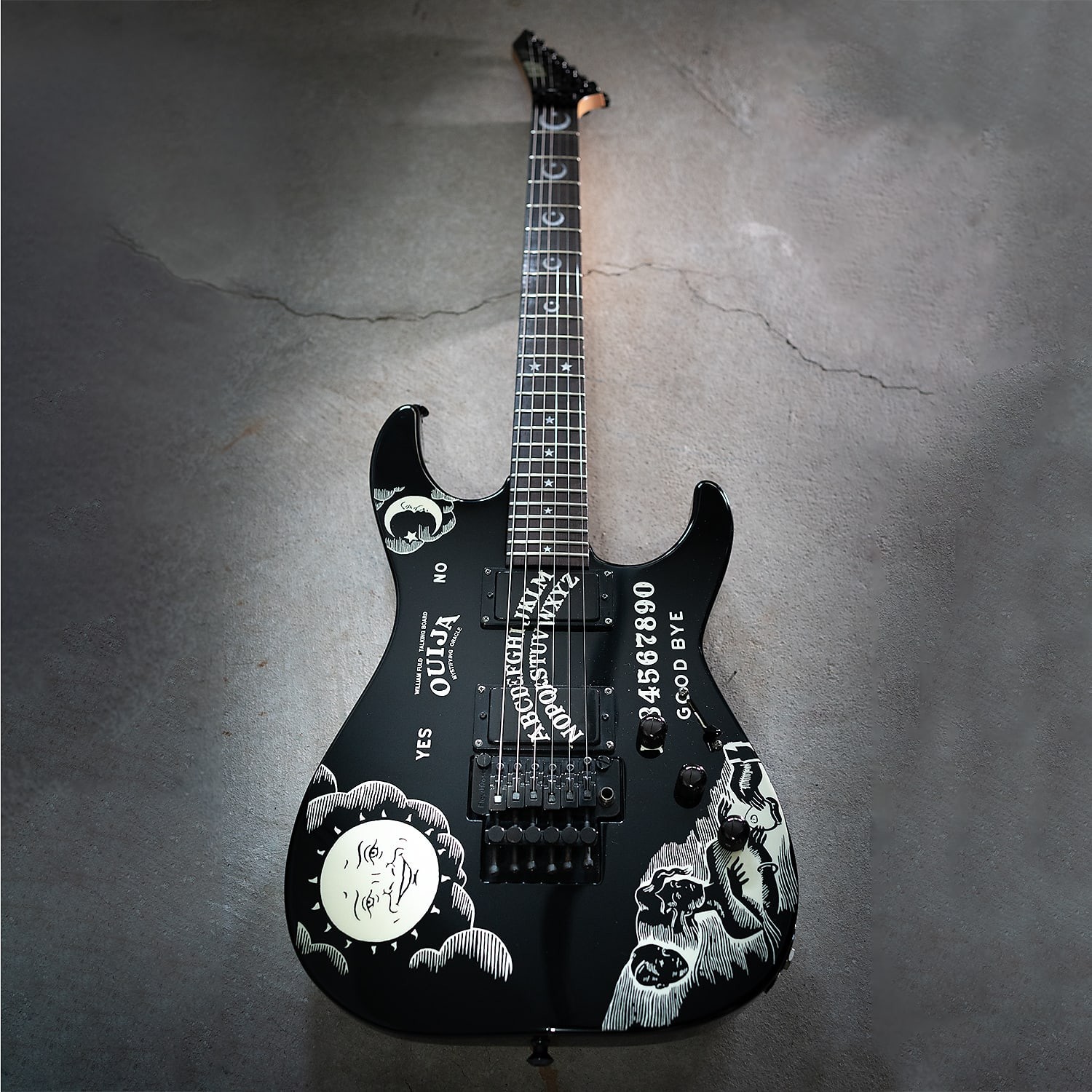 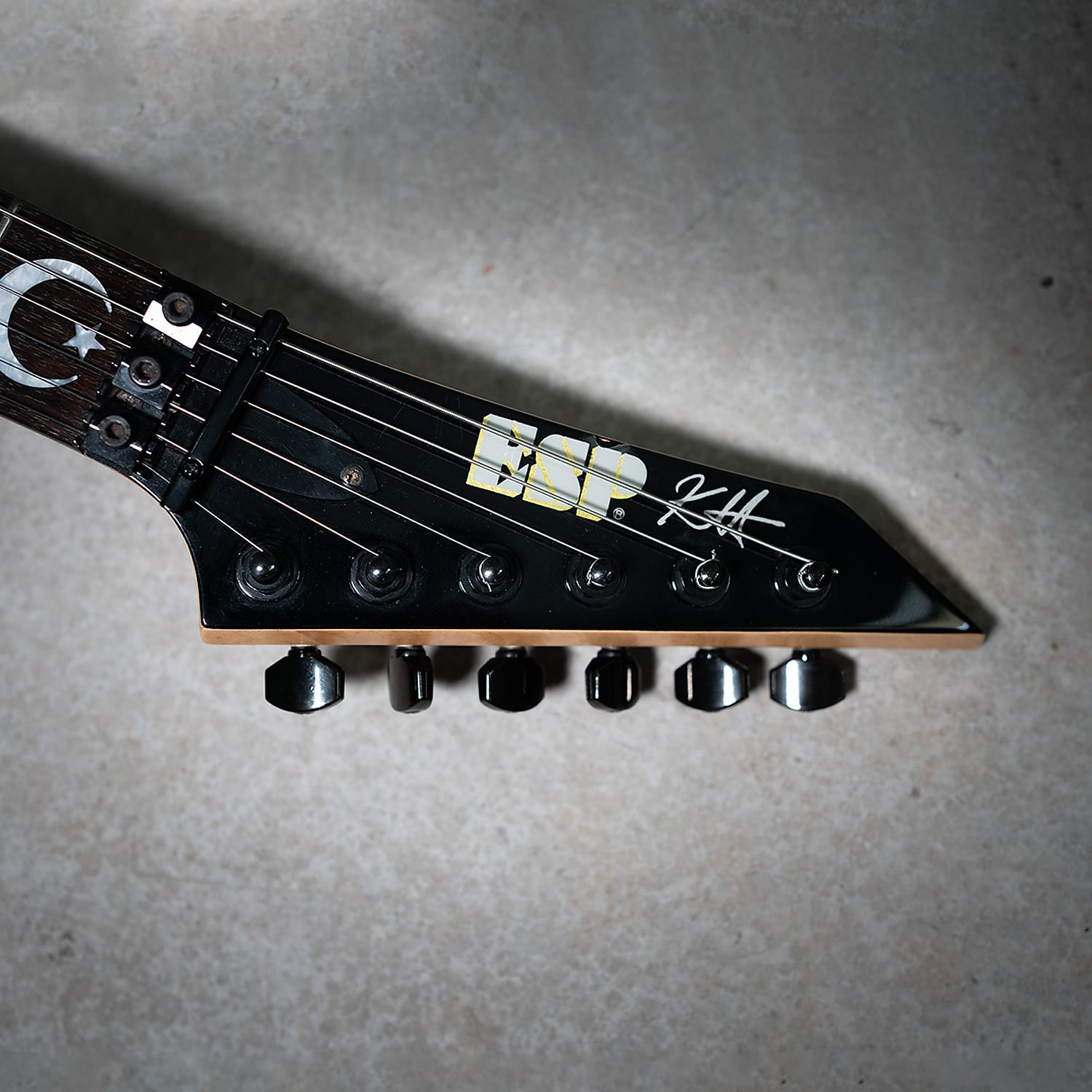 I also collect these serial numbers and have had this one for a while.

It's very nice, minus the chip on the headstock and a few light scuff marks you can't see in these pics.

It also didn't come with a COA or original hardcase because it was purchased in Japan.

In Japan they didn't supply COAs or hardcases for these guitars. It came with the gig bag though.

It's still a very nice guitar and would be nice to add to the collection for any Ouija fan.

And there are more than 69 made, I think I have over 80 serial numbers now.

If it helps with your OCD, mine is K-22170. Except it came with a plain black body, no Ouija design, but the moon and star inlays.

Cheers Pus, I got yours all sorted already thanks mate.

so, how do we classify Pushead's guitar - as Ouija or half-Ouija?

Yeah, NO idea what to call it.

It was ordered as an Ouija, with no graphic and the moon and star inlays on the fretboard.

And the Ouija graphic was painted later on by someone wasn't it Pus?

Slightly larger graphic than the original Ouija graphic also. Looks great, but the size is slighty off from memory.

It's called the Oui.

Yeah, previous owner had the graphic painted on. Unfortunately, it's oversized, so it's pretty obvious to anyone looking at details that it's not legit (a benefit, I wouldn't want anyone to try to sell it as something it's not.) 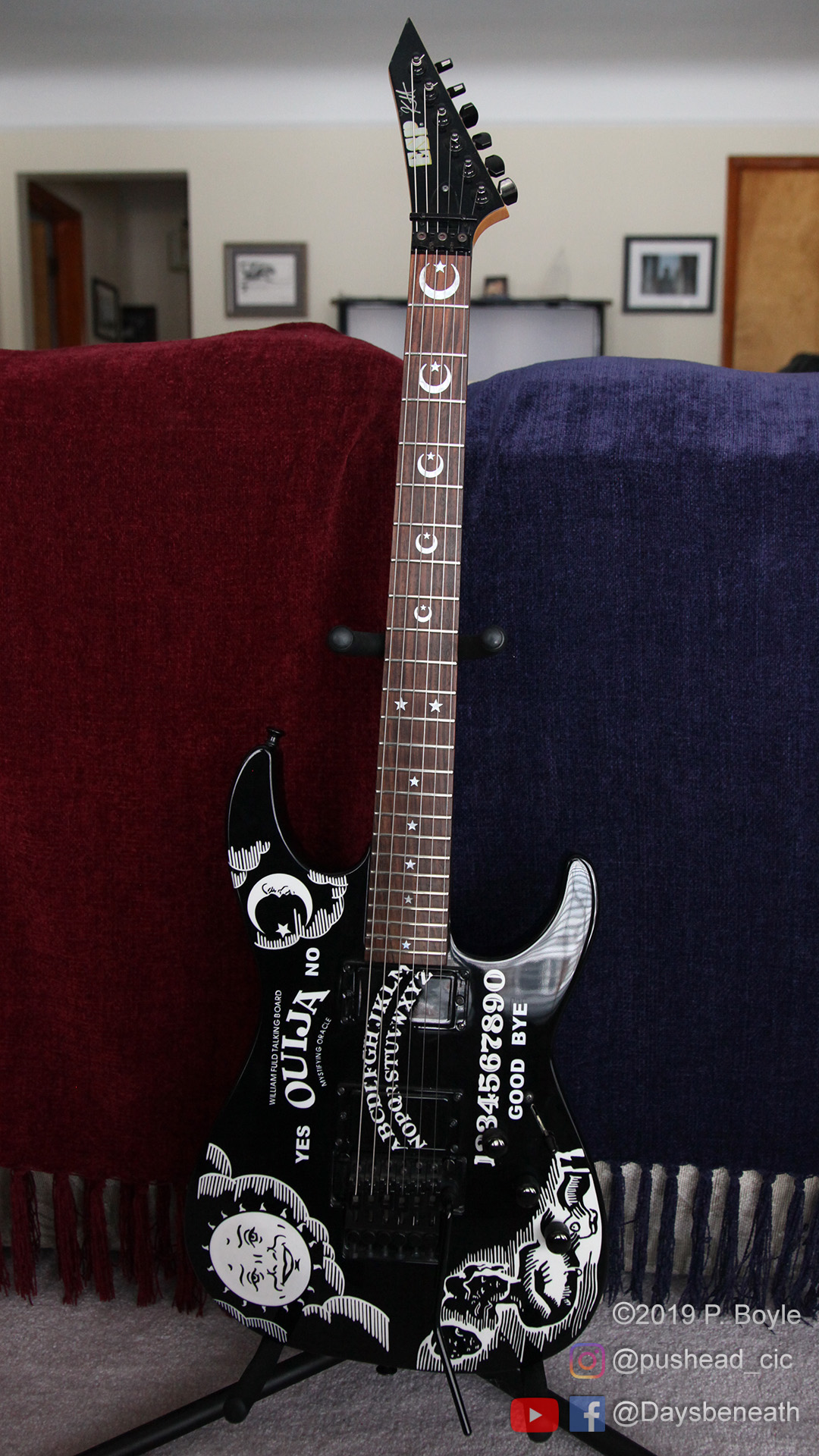 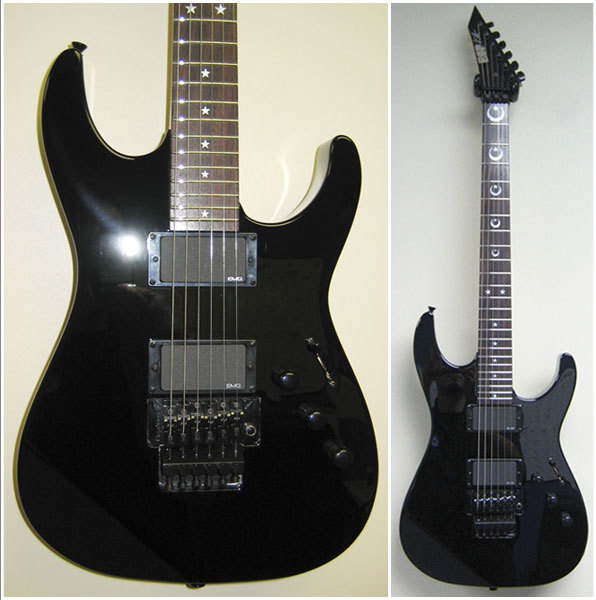 I'm fairly certain this isn't my guitar, but it's how it would have looked when it arrived from the factory.

At one time, I had thought about buying one of the skull & bones/ouija body guitars (which were prevalent on ebay for a few months) and doing a swap over, and having the body of this guitar refinished, but I didn't have the fiscal resources at the time. And I guess I don't quite care enough anymore to try.