Here is why we never got a Gibson Iron Cross (James's explanation & slight dig at Kirk :P)

Forums / Signature Series / Here is why we never got a Gibson Iron Cross (James's explanation & slight dig at Kirk :P)

Here is why we never got a Gibson Iron Cross (James's explanation & slight dig at Kirk :P)

For us fanboys...thanks to Ghost for sending this to me. You probably know him on IG as he's a big time collector and fanboy like me of all that is Metallica.

Anyway before James nuked his Instagram account for being too addicted to social media, he responded to a comment about a Gibson Iron Cross. This was years ago before his IG account blew up with followers. Fascinating to hear it from the man himself...and the funny lil dig at Kirk

This was him and not a Photoshop as he had the verified checkmark later on, but before he gained a ton of followers he used to like and respond to fans etc.

That's awesome! My mate is "barryswanson" in this reply, I will get onto him to see if there is more info about this.

Amazing how Gibson let this opportunity slide and ESP jumped on it. Signature Kirk/James guitars and Metallica affiliation are huge money makers for ESP!

Yes! Speciallynthe LTDs among the young ones

FlameToBlack Yeah but in the grand scheme of things....they Metallica are not huge money makers compared to their current market. Either older people with a lot of cash to spend on a custom shop Les Paul.... or so many people buy good, solid and well made USA Gibbys. Not amazing but still really good.

But I think their Epiphone must do really well as at NAMM 202 they really were pushing it hard.

But on the Gibson side....no innovation what so ever. Same shit.  I wish they would update the Explorers and V's already and make some cool modern looking ones or metal style ones. QC in 2019 was amazing supposedly for Gibson products.

What I am trying to say is that if they made a Gibson IC limited run....then a USA run of it OR started making Hetfield USA explorers....would they make a killing? who knows. I doubt it compared to who they really cater to.

Holy shit! Pictures of the prototype! I checked out this guys profile and he's legit. Even has a real MX-220 in his collection:

That would have been cool.

Look what just so happened to pop up on Instagram in the middle of this topic.

Lukie Luke hey can you change the image size to XL dude?

Pushead always the one to come in and do it. how do you do that may I ask? meaning they post a low res image and you can maximize?

I wish we had a huge sign that said "SELECT XL WHEN POSTING PICTURES!"

Would have been great to see Gibson honour one of the greatest musicians of all time with what would have been such an awesome guitar signature model, what a shame!

On my last trip to Japan, I saw a more faithful recreation of the Iron Cross by the Navigator arm of the ESP brand. Appeared to be an exact replica of the Gibson version. Wish I had the cash then to purchase it Holy shit that looks cool! alebtart When did you last see this?

Looking back at photos from my 2016 Japan trip, I also saw another Iron Cross replica. Unfortunately the photo doesn't show the headstock as I must have missed it amongst all the amazing guitars they have Hahaha. 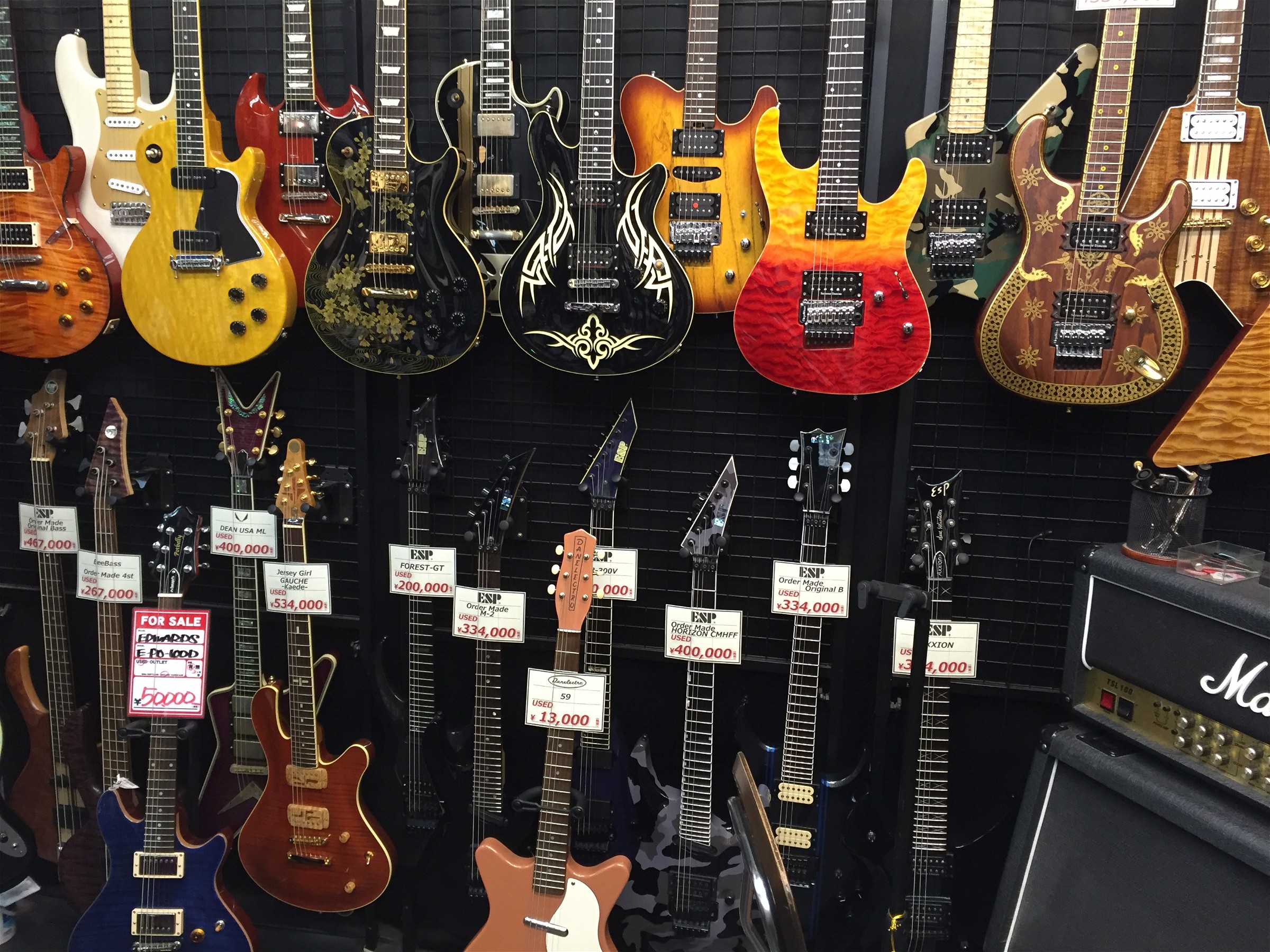 The Japanese guitar market honestly has such great variety and exclusivity, it's a shame what is on offer or available down here in Australia