I am new to these forums. I have been searching the internet to see if I can find where anyone has had these similar issues, but have had no luck.

I recently purchased an LTD Snakebyte Black Satin. The guitar was new in the box when I received it. Upon first inspection, I noticed that there are some gouges (almost looks like it is from the wound strings but in the middle to the treble side of the fb) in the ebony. It doesnt appear to have gotten any damage to the frets so it leads me to believe that it was not a hard impact that caused these.

I used to have an SCT607B (Purchased as soon as they announced the model) that had a nearly polished jet black fb. I later ordered a 2nd of these same SCT models and the fb was more similar to this Snakebyte (which was fairly disappointing)

I will admit that I am fairly picky about necks, frets and fretboards. The first Carpenter was perfect... that set the bar pretty high.

Also, the frets on the first Carpenter were perfect. Smooth and silky.

The later arpenter and this Snakebyte are pretty gritty as well, and the fret ends look as if they were snipped and not filed very well. Once again the first Carpenter had nearly ball end frets when I received it I know they are import guitars, but at a $1200 price point, these shouldn't feel like a $300 ibanez fretjob (because it is fairly comparable to that)

The final issue is the high "e" will not stay in the saddle at all. Any bend, and it slides out. Also, when I went to do some setup work (the action was a mile high when it came out of the box/case) the high strings side of the TOM bridge is slammed against the body with no more room to play. The action is acceptable at this place, but if I was to need it lowered for any reason, I don't have the room to do so.

I will be returning this particular one and ordering another one however I have a little concern about doing so.

I am curious if anyone else is experiencing similar issues with ebony fretboards from the LTD lines and if anyone has seen this trend with the frets and such?

Welcome to the forum mate.

I can't help at all, but good luck.

I find that ebony fretboards vary in quality with the LTD line.

I own an LTD vulture and the ebony is decent which I could tell from the pictures.

You might get another LTD and love it.  Mine plays and sounds as good as any custom shop I have owned.  Just lacks a few of the high end details.

Like I said, the first Carpenter I had a few years back was phenomenal. This Snakebyte and the 2nd Carpenter weren't near as good as the first (and this snakebyte obviously being the worst of all 3).. I hope it isn't that hit and miss for the LTD's.

I didn't expect a jet black board, but I was expecting a smoother board.. I was just curious if something had changed over the past few years to make the finishing process of the ebony so drastically different from the first Carpenter from 2012/2013  to these current ones.

I am still on the debate if I should swap for a Vulture. It was a really tough call between that and the Snakebyte.. and then again I'm still debating if I should get a white one instead of the satin black... Decisions, decisions.... So many decisions..

Just to chime on on this CthulhuAwakened (love the name, by the way)  \m/ \m/

I ordered a new LTD Black Satin Snakebyte as well and just got it yesterday.  Mine has pretty much the exact same issues.  The biggest are the small gouges on the fretboard (mine are on the 10th, 11th and 12th frets on the low E). 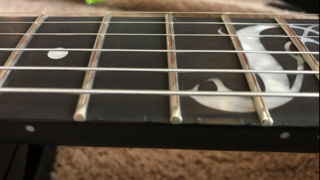 Mine also has the same "gritty" fretboard feeling.  Not very smooth at all.  I have another guitar with an ebony fretboard and it's like sliding down smooth glass, which I hoped this would be.

I've contacted ESP support to return it or replace it, but haven't heard back yet.

Well I'll let you know this as well. I ended up returning and getting a Vulture which ended up having qc issues with the finish. The fb was still a little gritty as well. Biggest problem was that it had spots where the natural wood was showing through on the headstock and it looked like they had done some touch up paint on the upper wing of the v. This one was brand new out of the box as well.

Needless to say this went back as well. I ended up getting a used 2011 ESP standard Eclipse which is now my favorite guitar.

Hope you get everything worked out on your end.

Thanks!  Yeah I have an ESP LTD EC-1000S and I swapped out the stock EMG 81 / 60s for the Het Set and I LOVE it.  It plays better than any guitar I've played.  I may just be returning the Snakebyte, rather than going through the whole back and forth trying to get a good one, but we'll see! 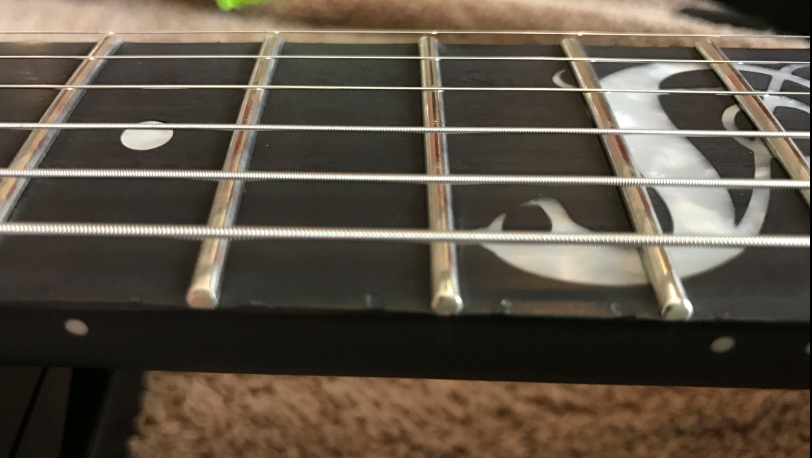 Seems there are a few LTD guitars making it past the QA department, lately.

Yikes, that's a bad one too.  I wonder what gives?  I have had nothing but a great experience with my LTD EC-1000S, but I have read a few posts now around the net about the LTD Snakebyte :(

Seems like they made the guitars quickly to meet demand and overlooked proper QC. Another reason to buy used ESPs for less than the price of new Ltds.

I wound up returning the matte black Snakebyte and found a used LTD gloss black Snakebyte. Judging by the serial it was a 2014 model. I believe it was around the time they started using the Het Set as well (mine has them). MUCH better quality to the guitar. The fretboard is very smooth and feels like you'd expect from an ebony fretboard. It just needed a setup from my local guitar repair place and was good to go. No complaints about this one, and it feels like a high end guitar. Very happy I searched around and found it.

If anyone still reads this and has the same problem, I have a tip. If you want that polished ebony look you can use one of those micro mesh pads sets. I think they’re widely available but I bought mine (for 25,- ) at Thomann.

Don’t start at the lowest grit though as you’ll take away some wood. I’d say start at 3200 and work your way up to 12000. I’ve done this on all of my guitars (mostly LTD) with Ebony fretboards and have had nothing but good luck with it!