I´m very exited to get this guitar. BUt first, I need your help to verify this guitar first, since theres is a ton of fake ones around!

The owner lived in japan for 10 years and bought this guitar form a store called BIG BOSS in Nagoya. His story seems legit to me, theres a ton of pics on his facebook proving he actually lived there. But Still I need help on this one.

The headstock is a bit dusty, I requested a better photo, but it will do the job.

Can somebody tell me why there is no circle logo on the back of the headstock? 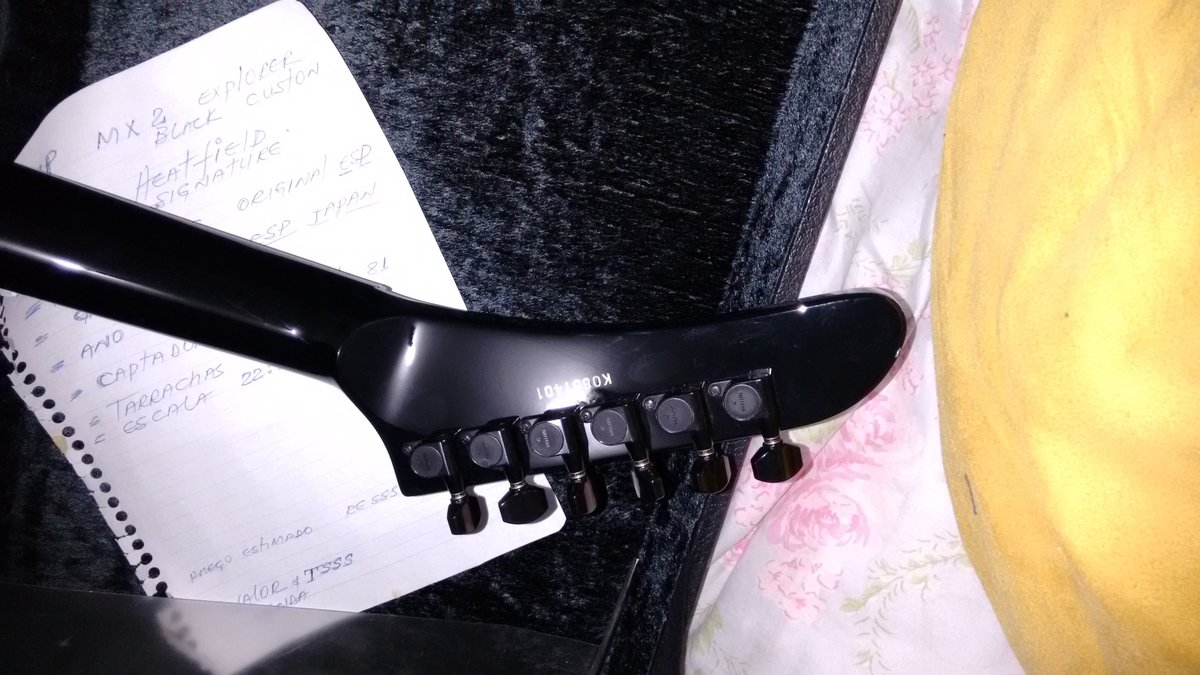 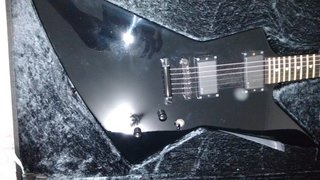 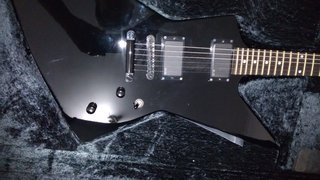 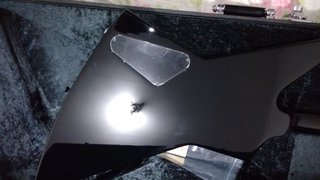 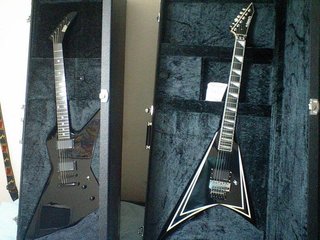 Hi Pushead how are you doing??? Thanks for the help!

Can you tell me something more about it? How much to you think its worth? Why it doenst have the circle logo on the back of the headstock and no made in japan on it? Can you say something about the year of construction by looking at the serial number?? Thanks!!

The picture is too small for my old eyes to read the serial number, but it looks like it starts with a K.  That means it was made in the Kiso custom shop, and the first 2 numbers would be the year it was made.

The MX guitars don't have a circle logo or the made in Japan sticker because they were made for the Japanese market.  Those guitars are made at the "Custom Shop Level."

Price on these is a tricky thing.  Current ebay listings are around $5k USD.  I typically see them around $3200 or so.  I bought mine for under $2k, but that was maybe 10 years ago.  I say talk with the guy and see if you can agree on a price that is fair to the both of you.

You own another Het signature ESP guitar? Like a truckster or snakebyte? Should I expect to feel a higher level fo craftsmanship with this MX than the one I found on my ESP snakebyte?

The seller needs money fast, so I will have an opportunity to pay for it much less than I paid for my snakebyte!

Do you have a clue of what is that little esp booklet ? Some warranty card or something?

If your Snakebyte is the ESP version, the MX should be very close in quality.  I have a JH-1 and have owned a standard series Truckster (along with a few KH-2s).  They're all very good quality instruments.  You should expect the MX to be a fine instrument.

Based on the small pics, between $3000 and $3500 USD would be what I expect for that guitar.  The case is a nice addition, not many come with them.  (Mine only came with a gig bag.)

Nice to know that!

It comes with the case and that plastic fretboard cover, just like my snakebyte. Also comes with case key, trussrod wrench and all that.

Yes my snakebyte is ESP SS series. I have owned 7 diferent gibson explorers and they dont play and sound as good as my ESP. This was the first ESP I ever owned and It blew me away from the start. I hope to have my ass kicked by the MX as hard as I had with my snakebyte =)

I will post some better pictures so you can have a better look. The pictures I posted is not originaly that small. But when I posted it, was shown this way. Do we have another way to post picuters at its original size?

This explains how to post images, I made your 'serial' image larger for you:

I think the picture size thing is a "points" related thing, based on how much you've posted.  The pics look like 2 81s, which is how mine came.  I swapped in a 60 at some point.

Word has it that Kirk has changed to a 60 at the neck of most of his guitars.  To me the 81 was thinner and brighter than the 60 at the neck.

I was wondering, a friend of mine has a mx 250 with a bolt on neck. All JH-2 I saw have bolt on necks. All ESP Explorers James used have set necks. Why ESP bothered to build bolt on MXs?

The bolt-on were called EXP instead of MX.  Who knows why they decided to do bolt-on instead of set neck.  The JH-1 is the same way, James' is set neck, the sig is bolt-on.

Can you confirm If the mx comes with jumbo ou normal frets? The seller said its normal size frets. But um sure he doesnt know what jumbo frets is.

That's a good question.  They look and feel the same as any of my other ESPs, but I guess when compared to a neck I have from Warmoth the fretwire it's a bit narrower.  I'd still call it a jumbo, as it's fairly high.  Certainly much bigger than my Fender Strat or Gibson accoustic.

The frets looks to be in a gold color, looks oxidated. The frets on my gibson looks like this 2 weeks after I polish them. They oxidated very fast.

On my ESP and Ltds the fret seems to be made of stainless steel. Its always shining! Is that correct?

so, the mx dont have the same frets?