ESP Guitars at Hellfest 2022: The Pictures

ESP Guitars at Hellfest 2022: The Pictures

In late June, ESP headed over to Clisson, France where Hellfest, one of the world’s largest heavy music festivals, is held annually. Despite the fact that there was a heat wave gripping Europe, we had a great time and ESP artists made a huge impact on the entire festival. Check out how we beat the hot weather during some of our cooler moments below. 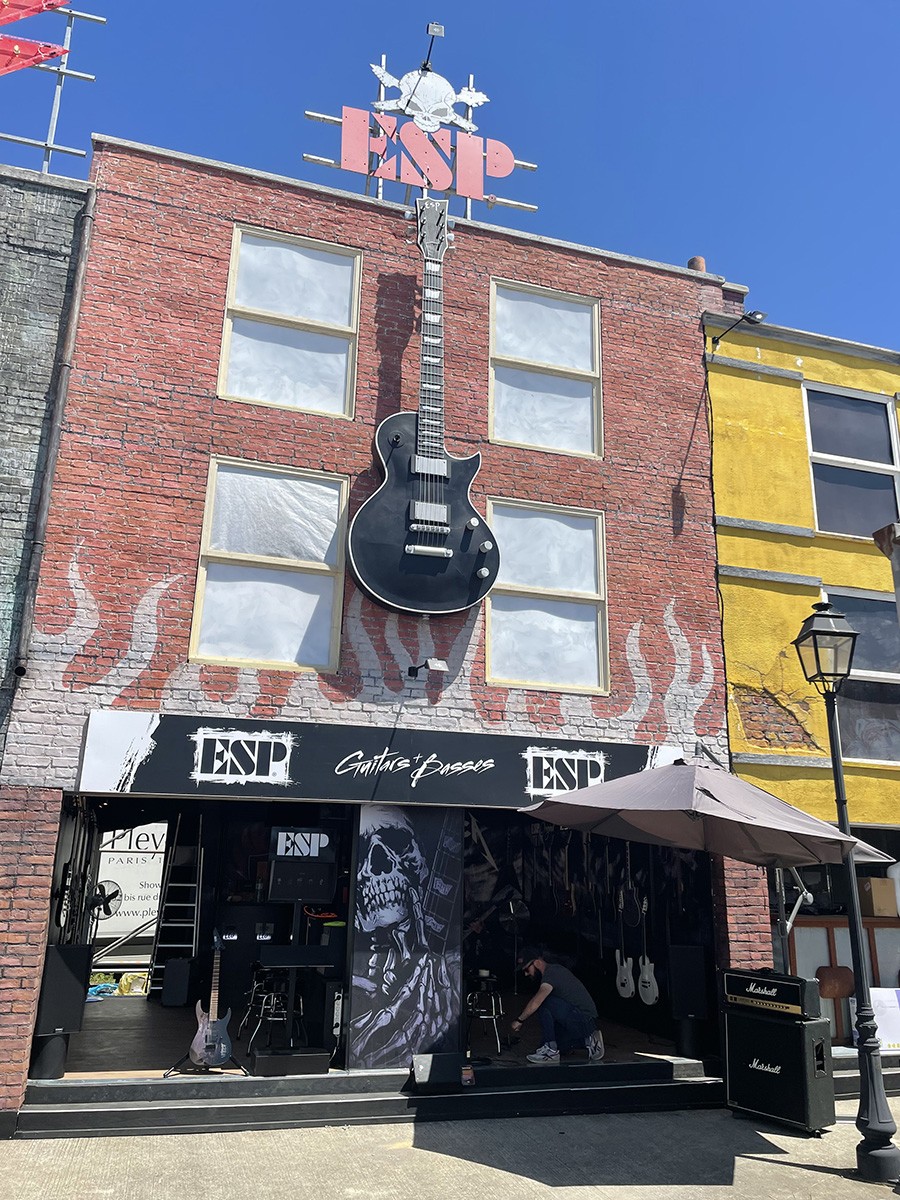 This is the ESP showroom, right in the middle of Hell City Square. Hellfest is so big, it’s like they have to construct an entire small city to accommodate the needs of thousands of hardcore fans. 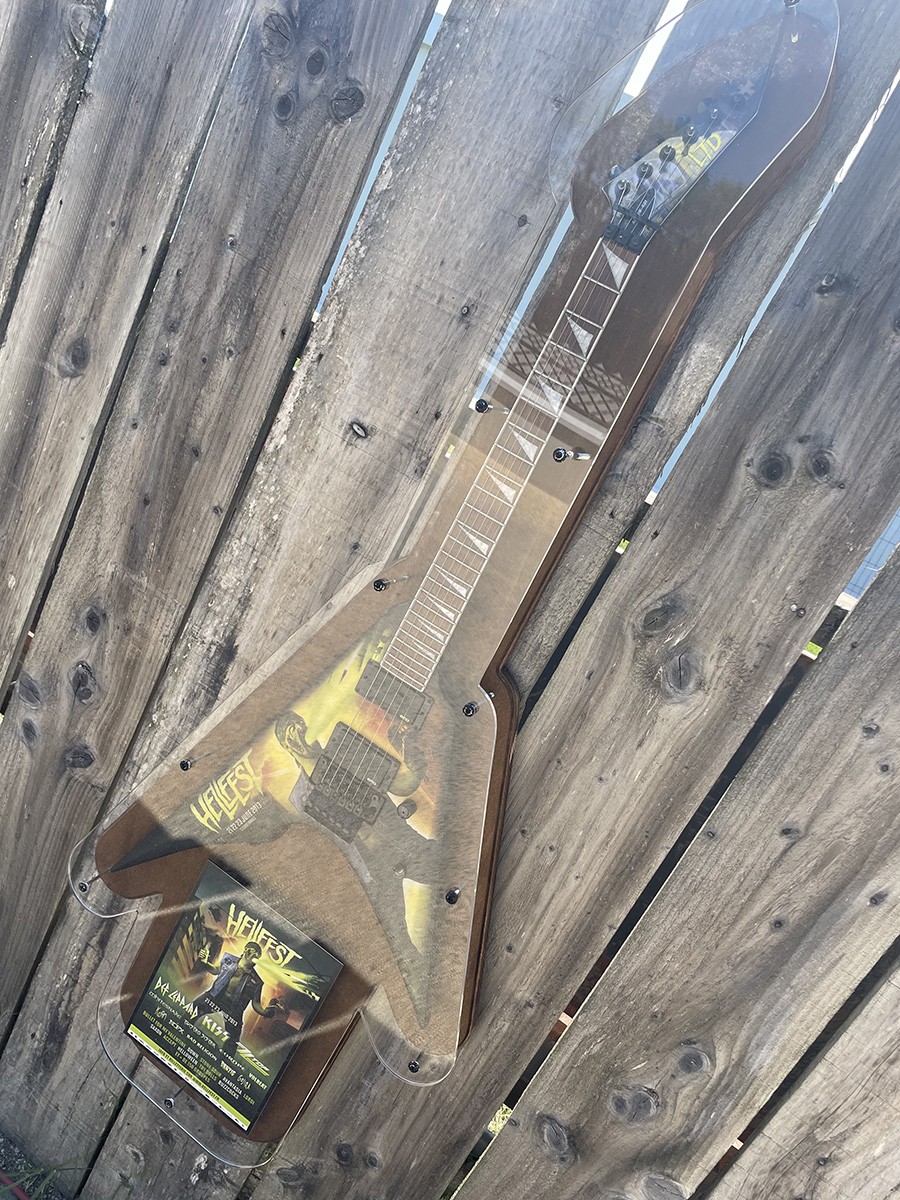 Around the area, specially-made Hellfest guitars that commemorated the many years of the festival were placed in custom plexiglass frames at strategic locations. This one was for Hellfest 2013. 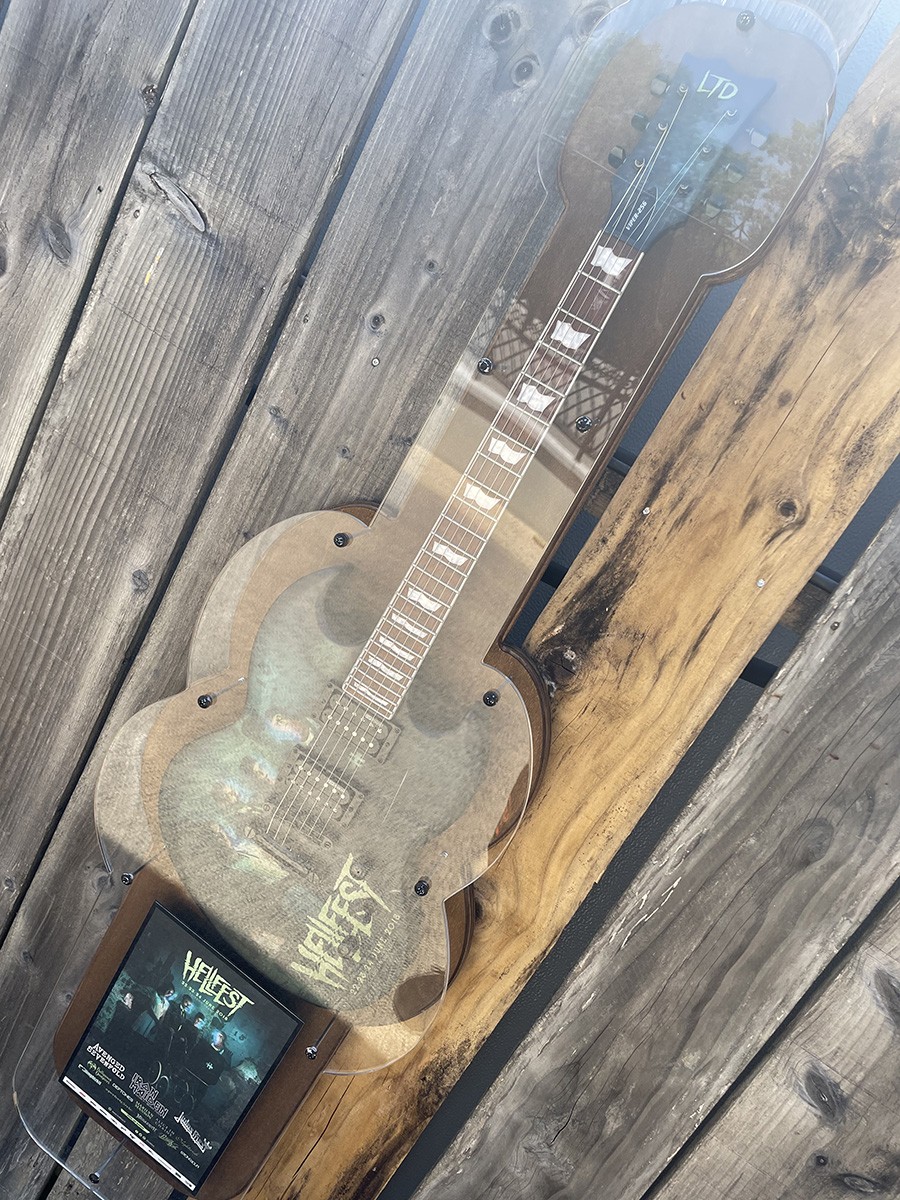 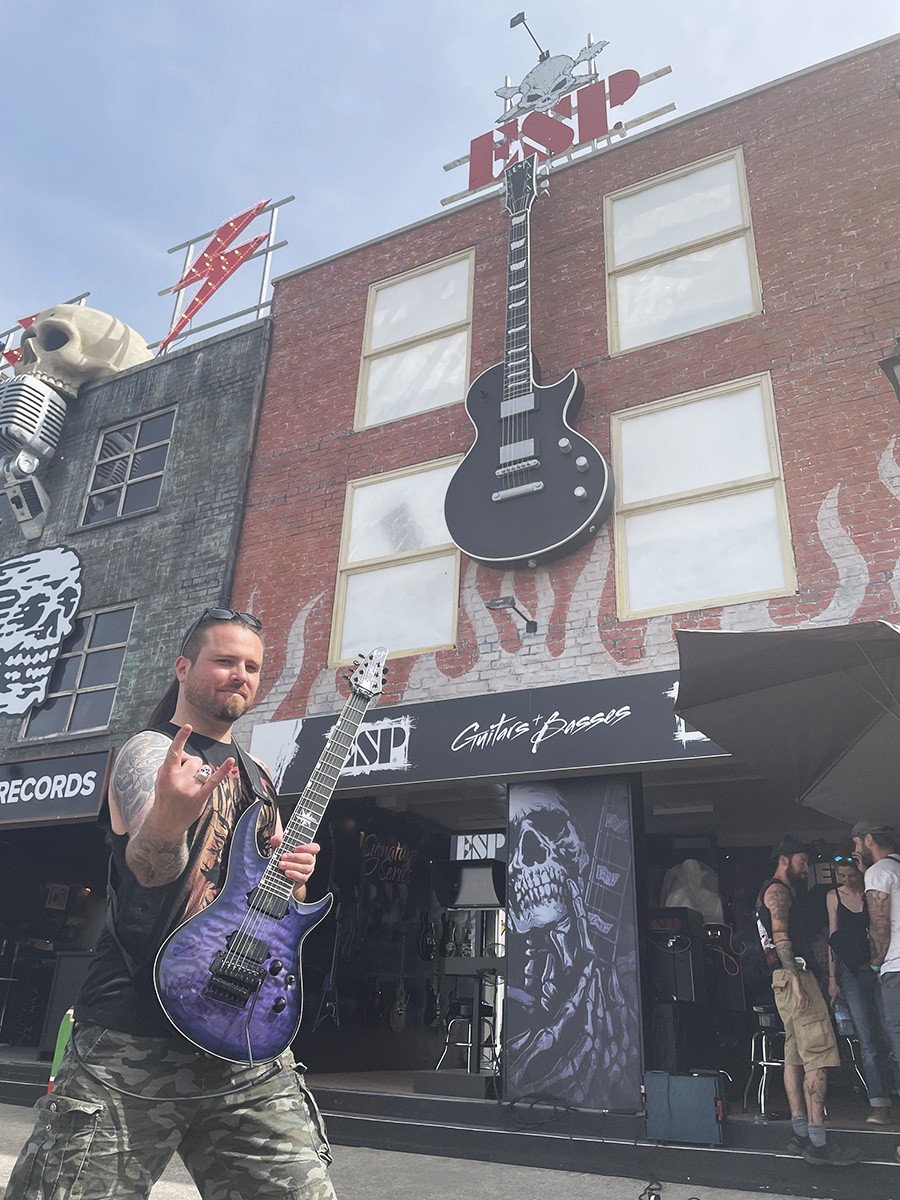 French shred guitarist Nils Courbaron made appearances at the ESP showroom to do live demos and performances. Cool fact about Nils: in addition to his work as a respected metal guitarist, Nils spent a good portion of the pandemic working as an ICU nurse, putting in long hours treating dozens of patients each day. Respect! 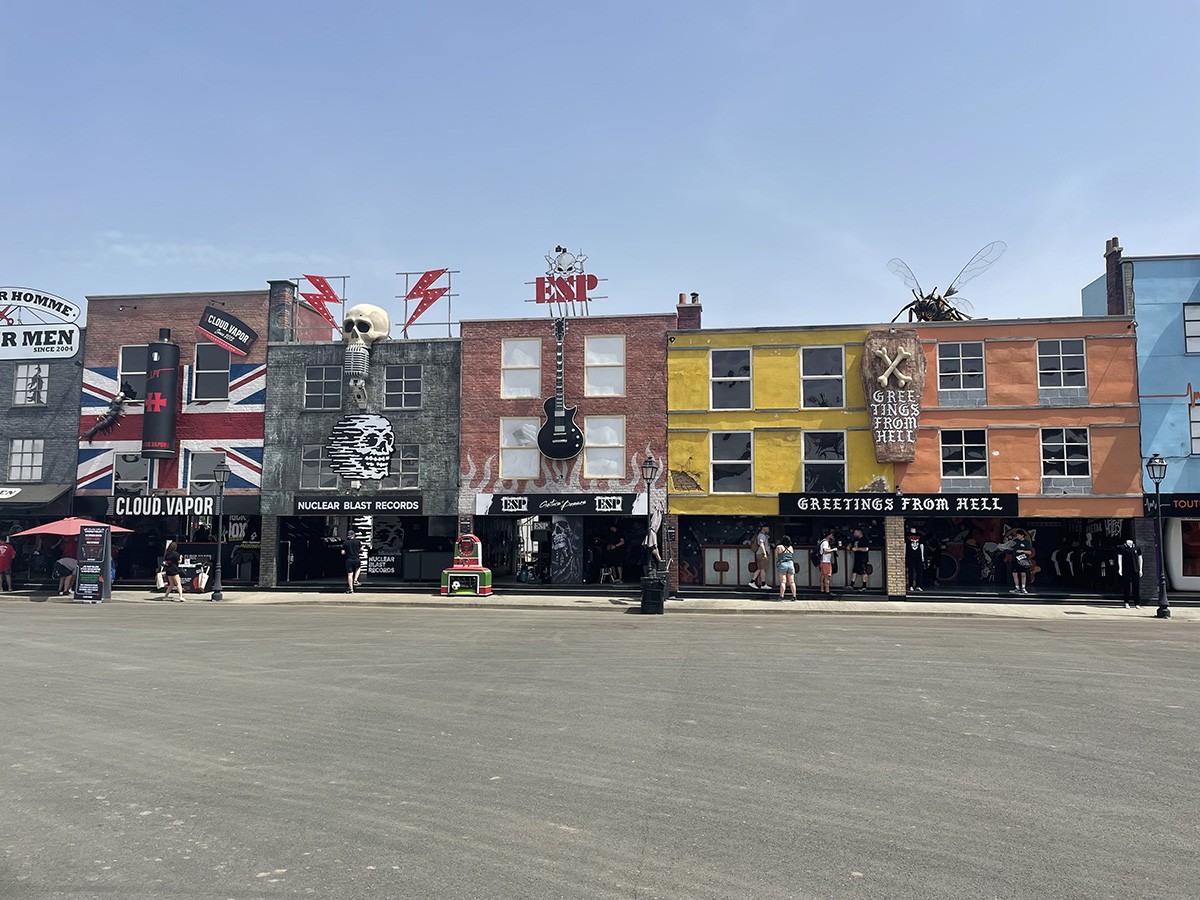 Some people say there should be an ESP showroom in every city around the world. It’s a nice dream, but at least you can find our guitars in your favorite local music stores no matter where you live.

Inside the ESP Showroom. Grab your preferred ESP, E-II, or LTD guitar or bass, find a suitable amp, plug in, and go. Shouldn’t every day be like that? 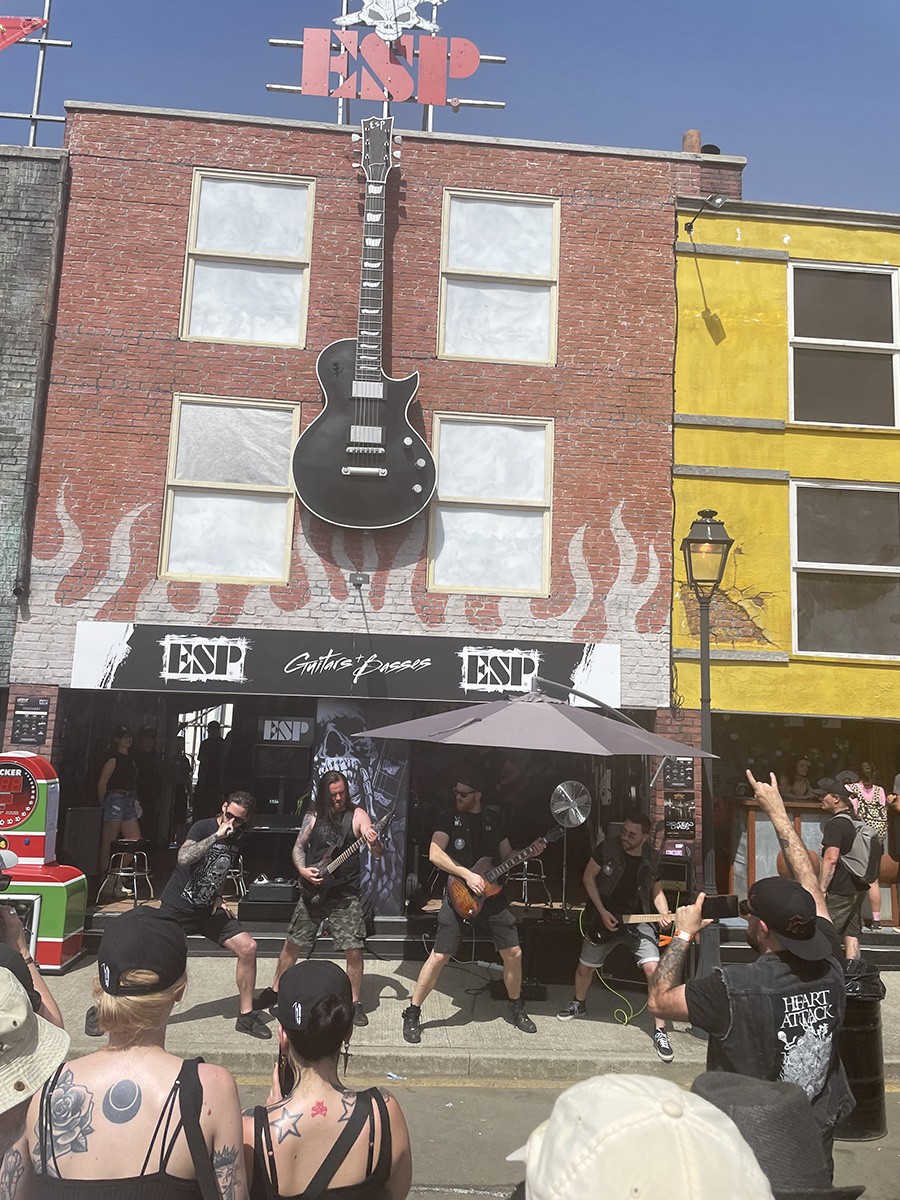 The rock did not stop around the ESP Showroom in Hell City Square. Whether it was happening on the festival stages, inside the showroom where people were trying out guitars and basses, or outside where people were jamming for the world to see, it was a continuous whirlwind of riffs and leads, day and night. 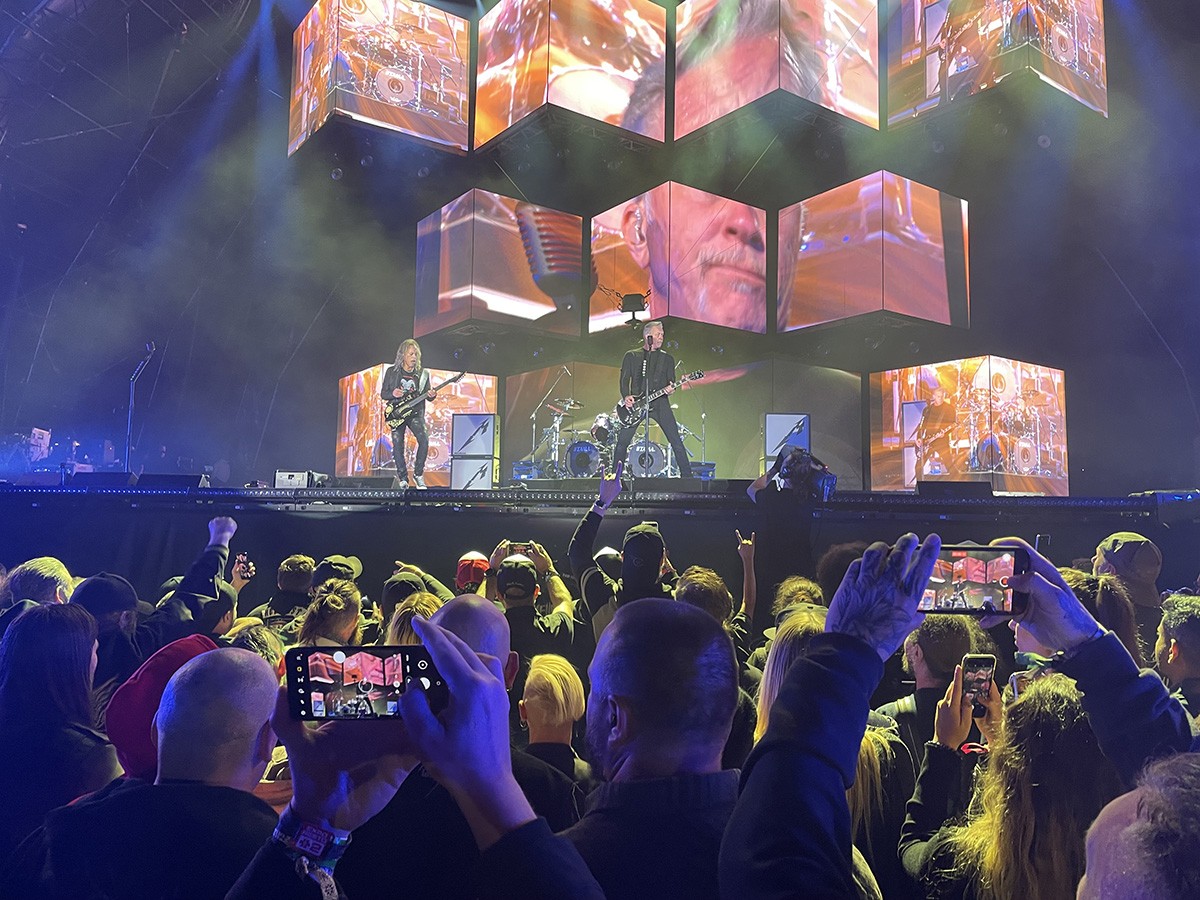 One of the main headliners at Hellfest 2022 was Metallica, featuring iconic ESP players James Hetfield and Kirk Hammett. 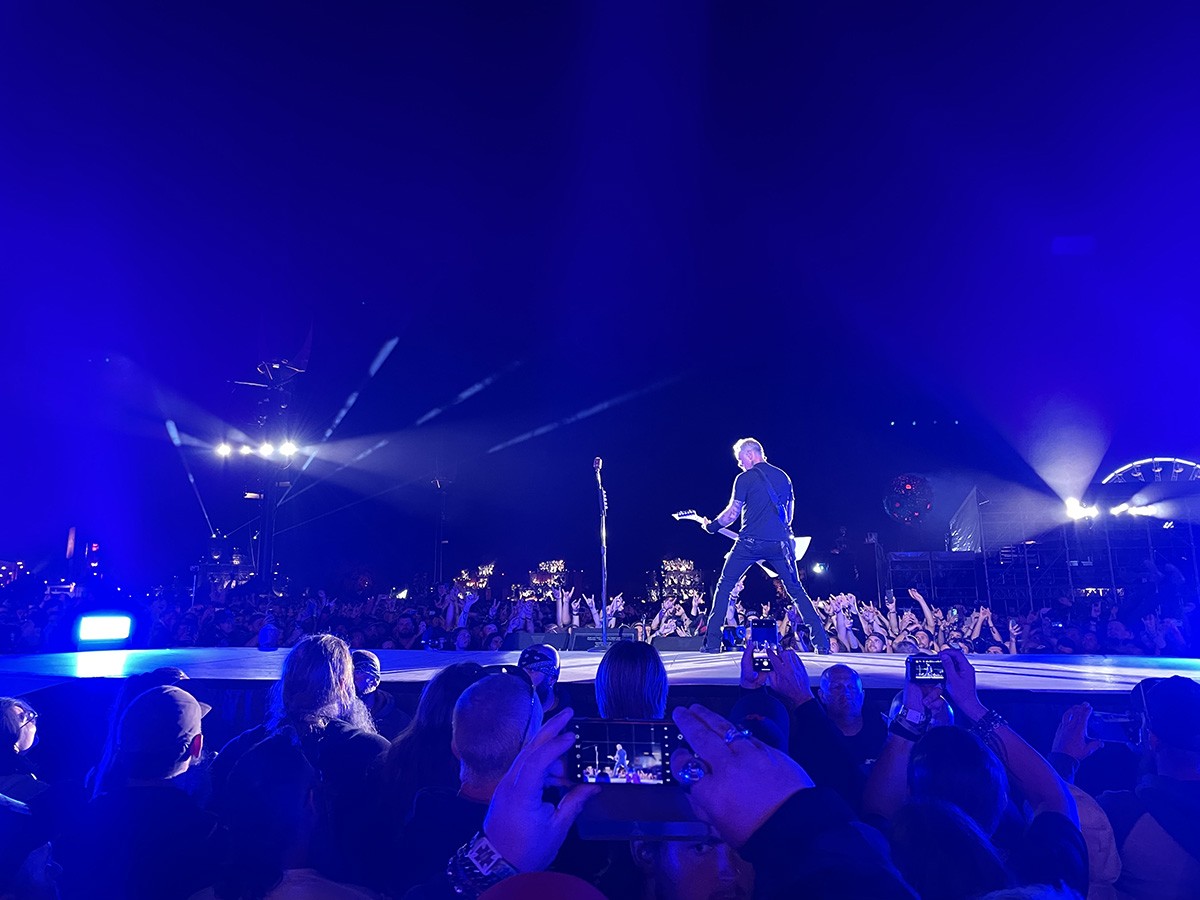 Here’s a story for you. The night before they headlined at Hellfest, Metallica had been performing at another festival, and there was a mishap where the headstock snapped on James’ personal Snakebyte, which was a special chrome version from the ESP Custom Shop. While Metallica was en route to Hellfest, their tech called ESP in the USA, and then we got called in France at about 9PM. We didn’t have an ESP Snakebyte with us at the show for James to use, but we knew that Ben Barbaud, the founder of Hellfest, had one hanging in his office. We knocked on his door, and he was in a meeting with Rima Abdul Malak, France’s Prime Minister of Culture. There were security agents and people in business suits standing by, but despite the formal environment, when we explained the situation to Ben, he immediately said yes to the request for James Hetfield to play his personal Snakebyte onstage with Metallica, saying that no matter what, the show must go on. So within 20 minutes of hearing about this situation, we had a new guitar for James to use, and we handed it off to Metallica's crew as soon as they arrived on site. Of course, James rocked his ass off as always. 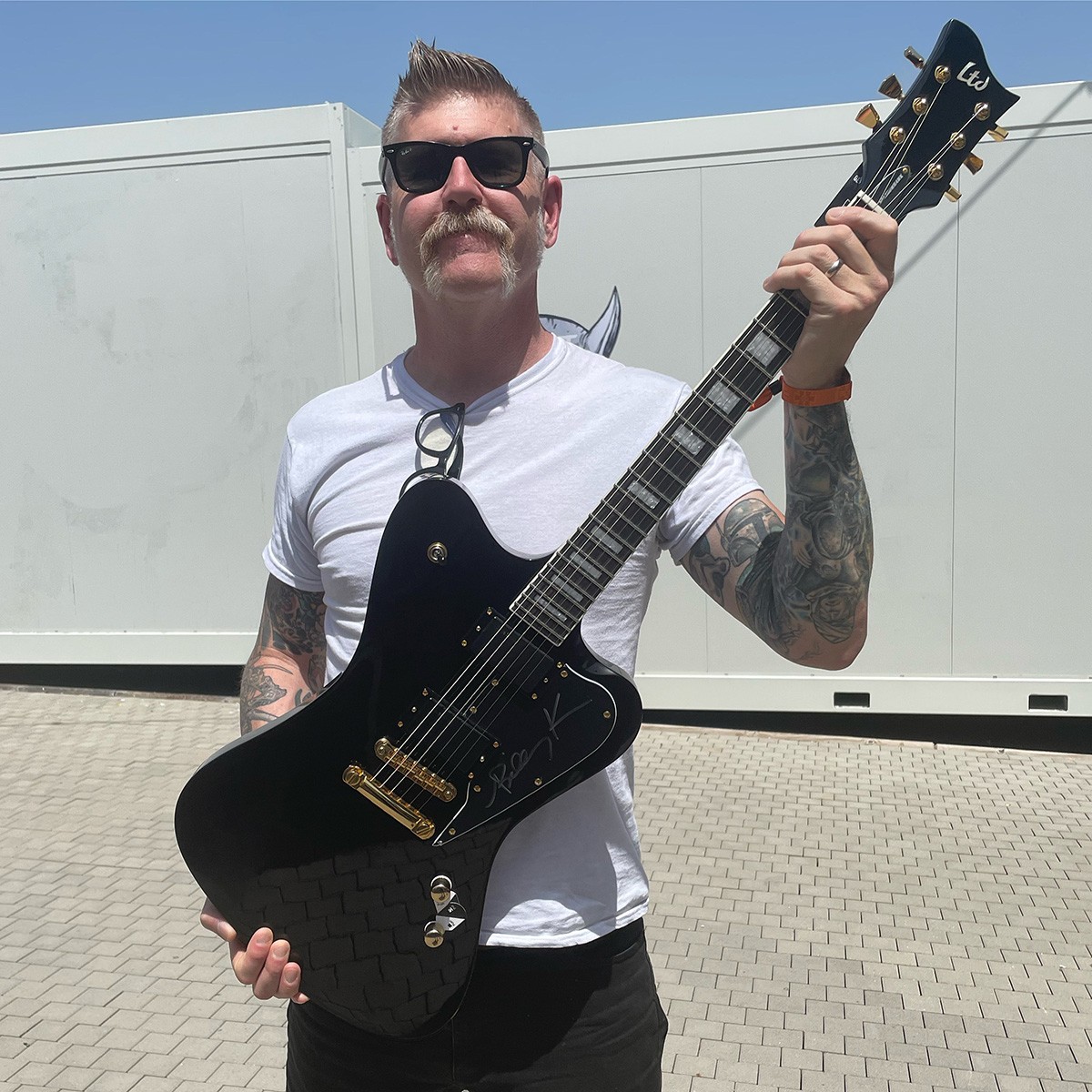 Bill Kelliher of Mastodon with his LTD Signature Series Sparrowhawk. 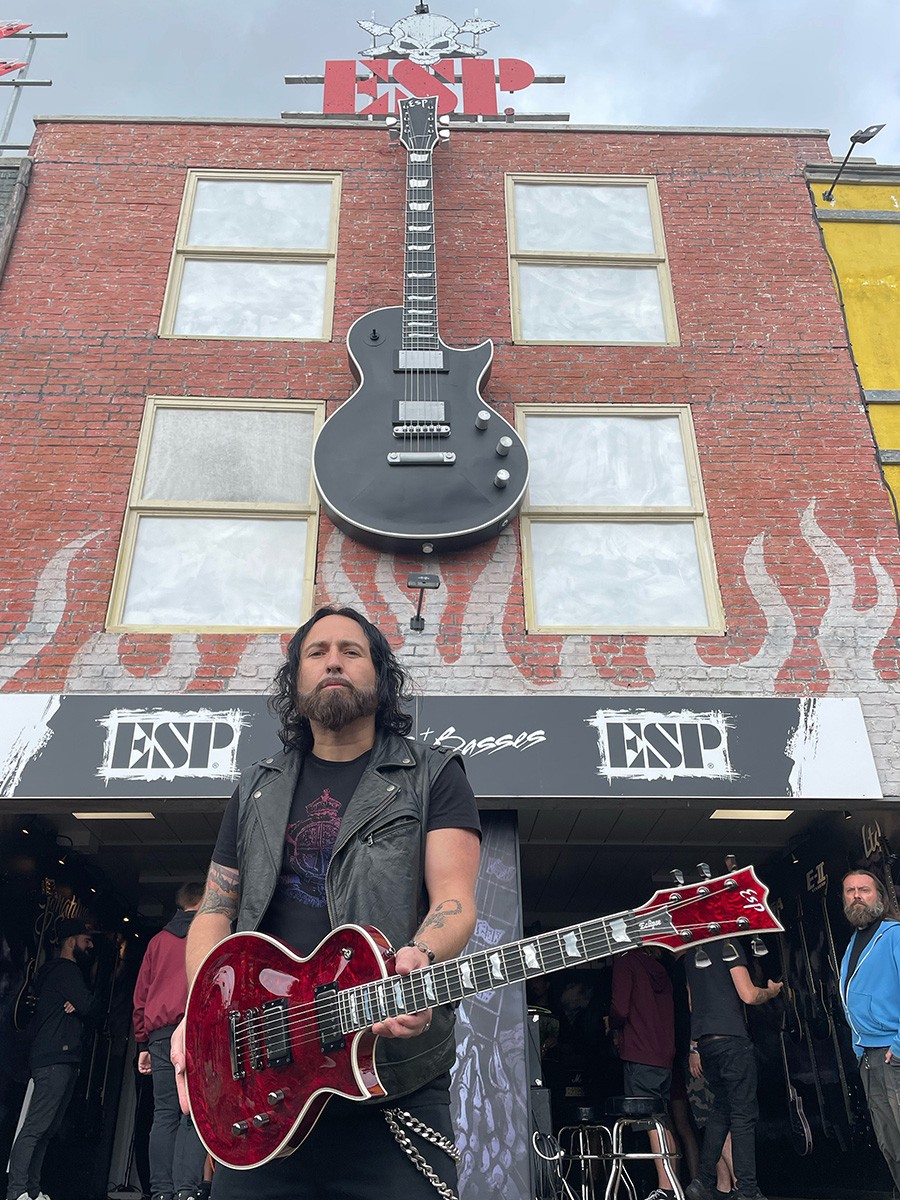 Monte Pittman of Ministry with an ESP Custom Shop Eclipse that was special-ordered for the Hellfest display. 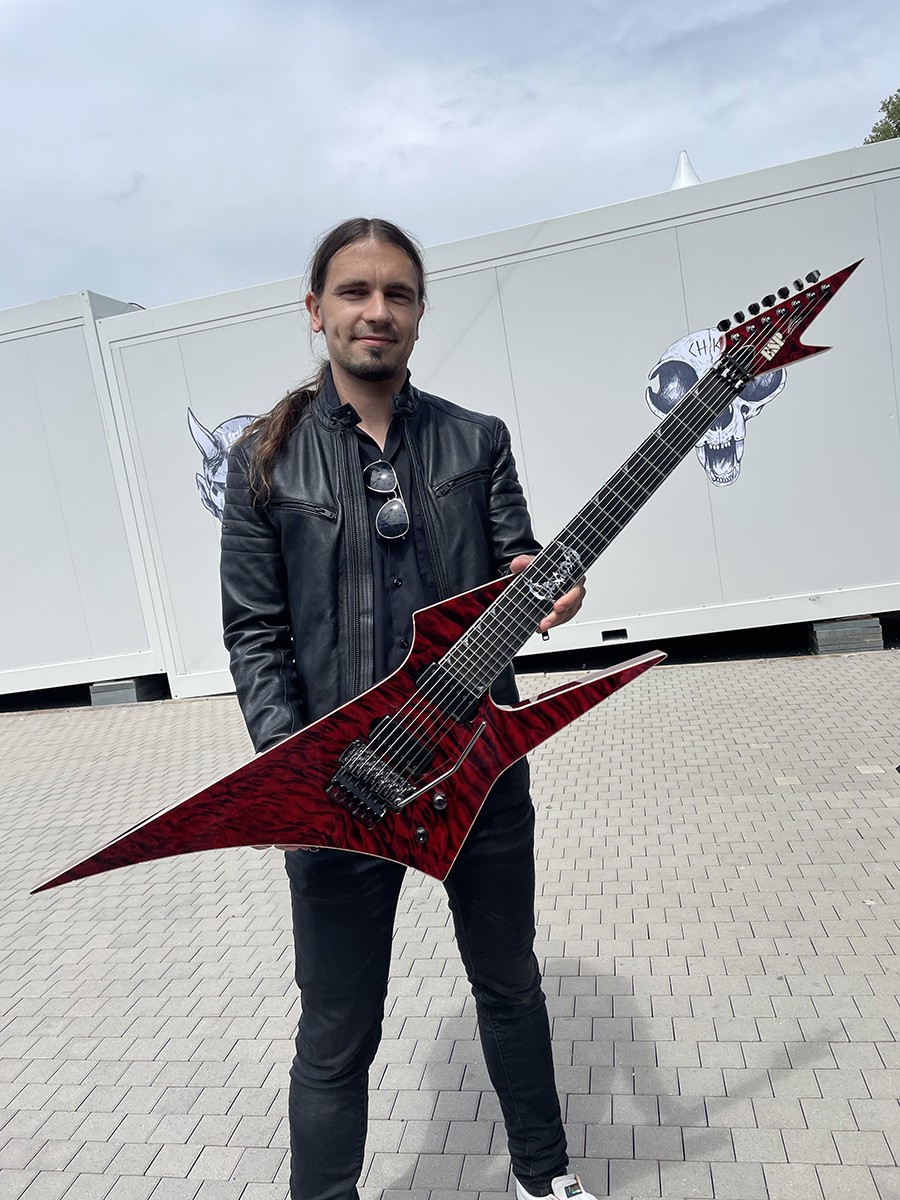 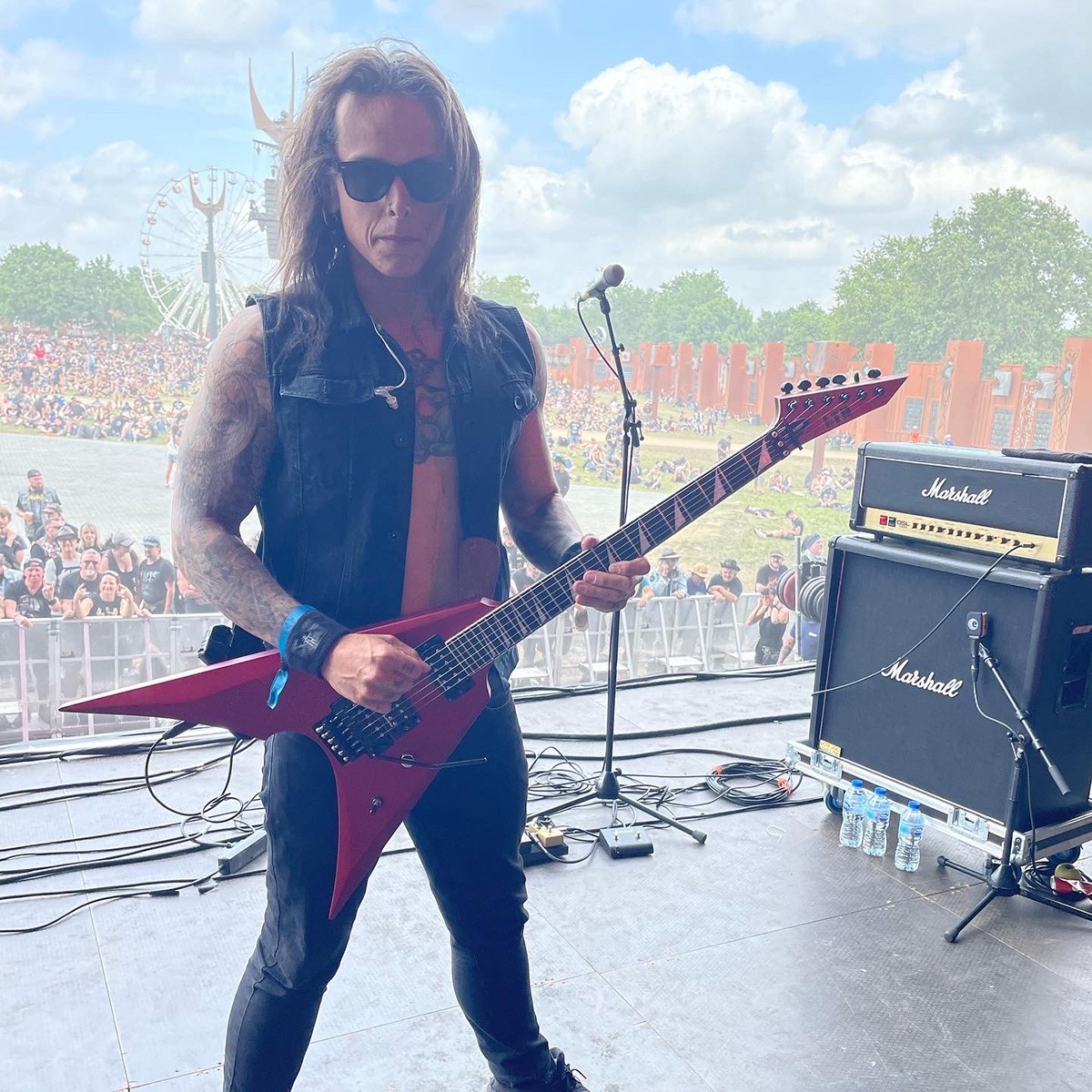 Bill Hudson is shredding it up at Hellfest with DORO on his LTD Deluxe Arrow-1000 in Candy Apple Red Satin. 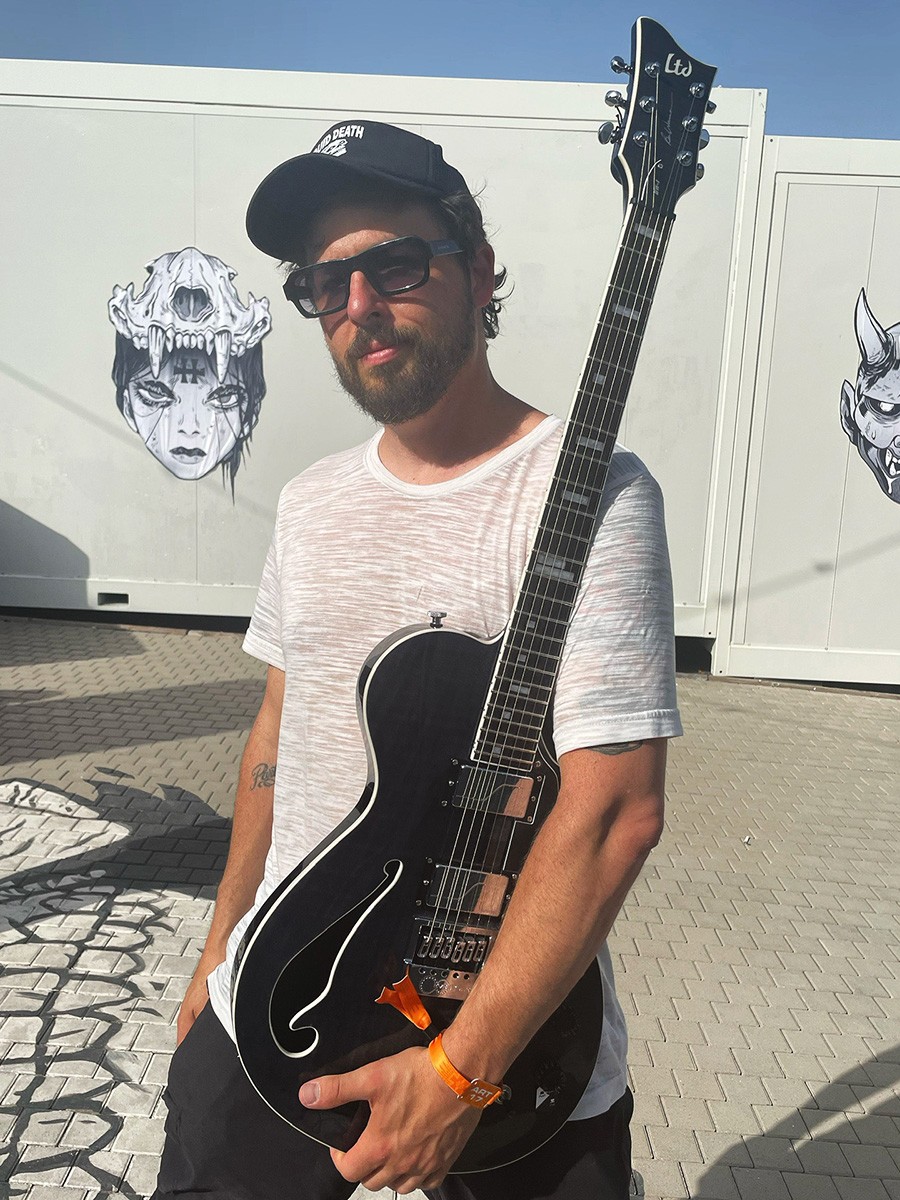 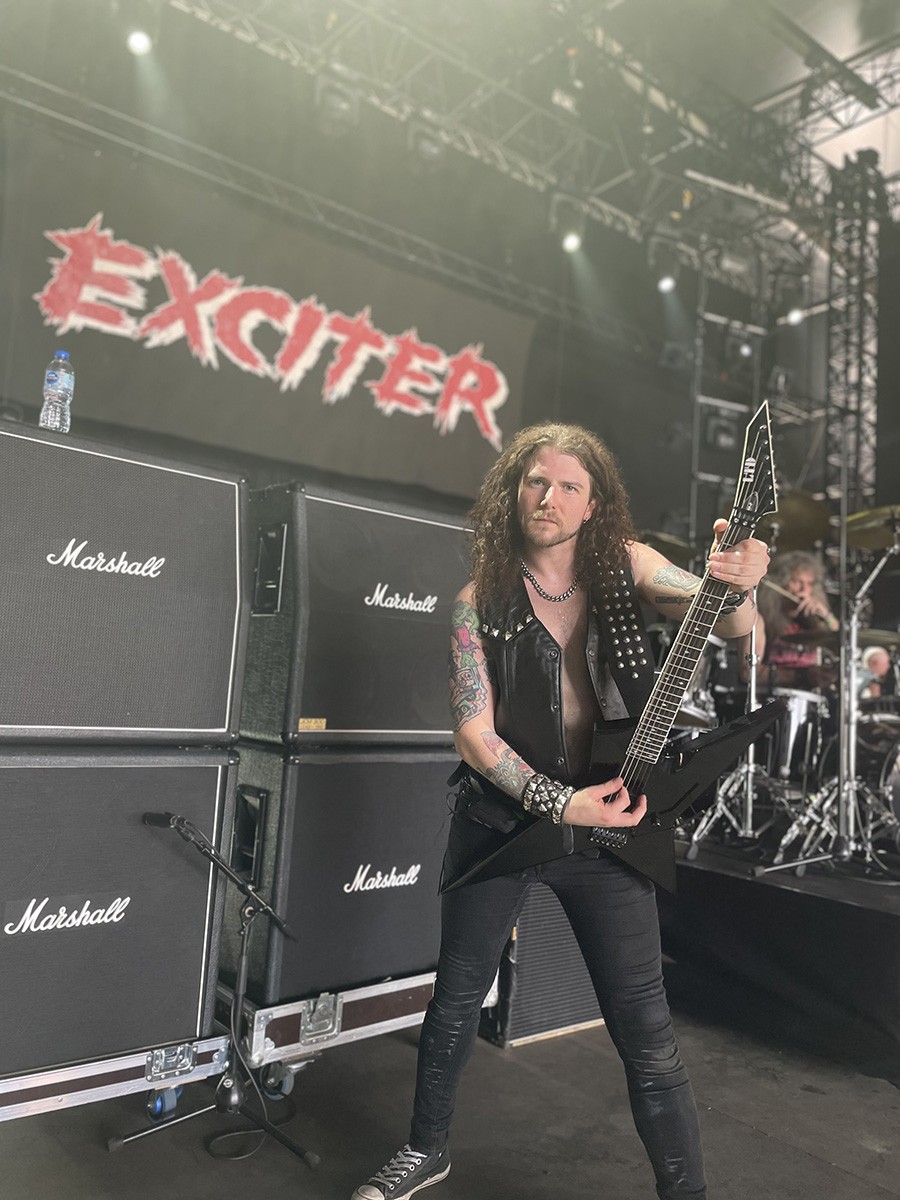 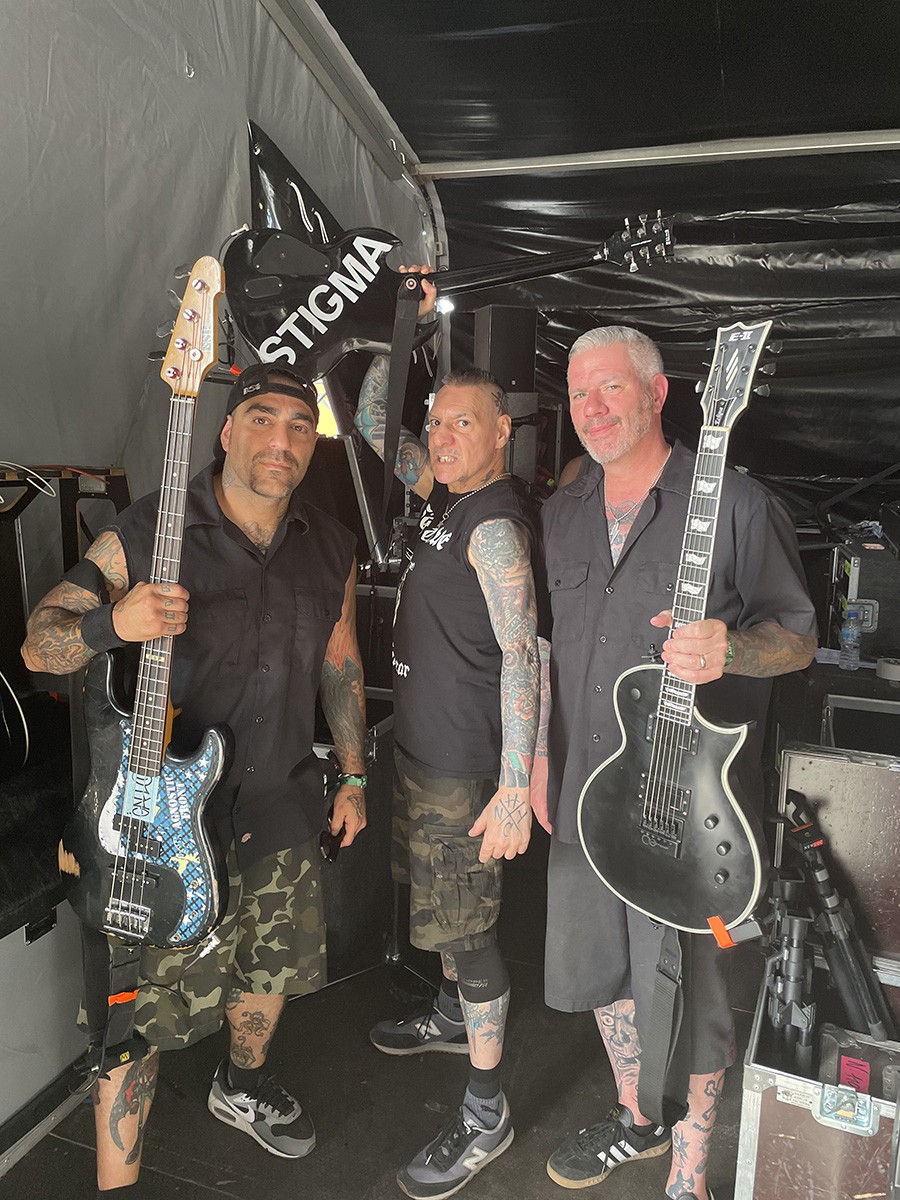 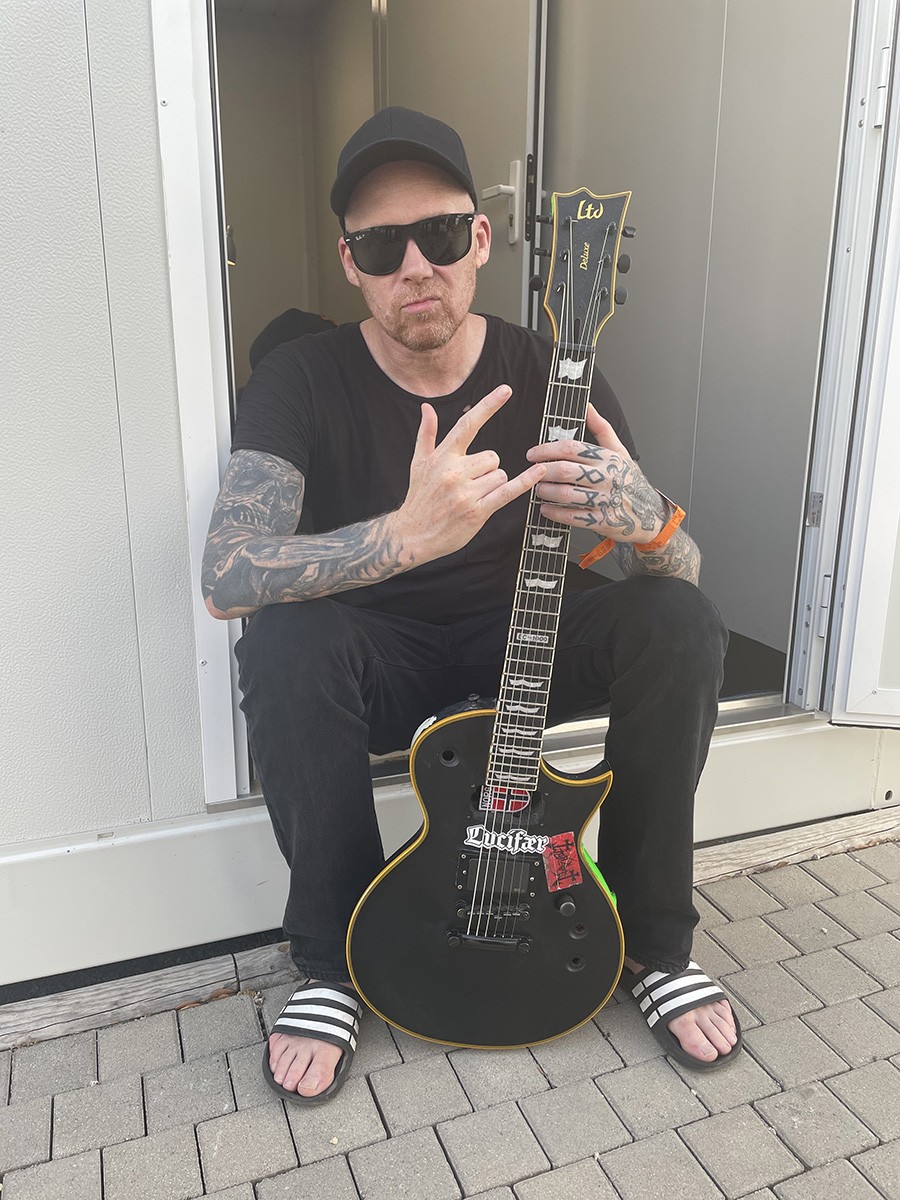 Teloch from Mayhem is getting ready to do something diabolical with his LTD Deluxe EC-1000 Vintage Black. 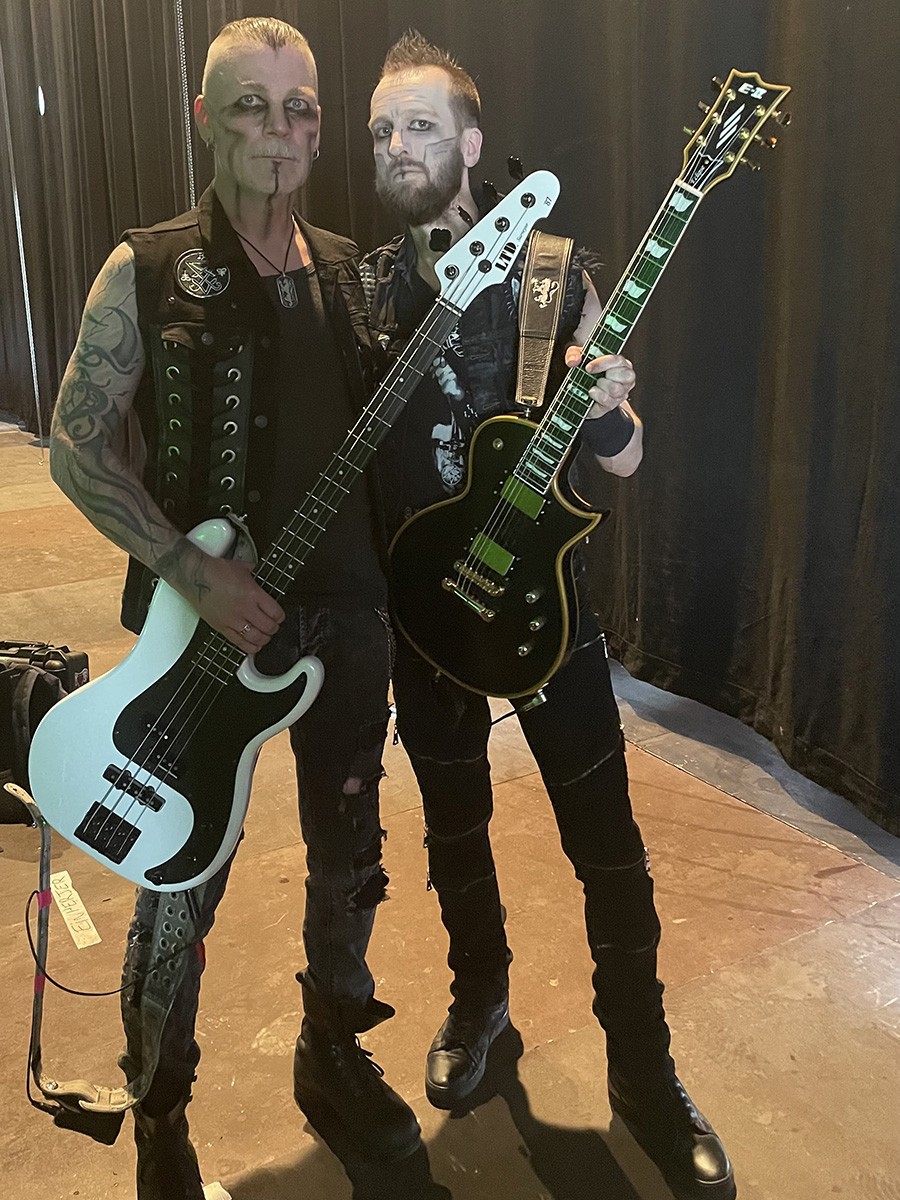 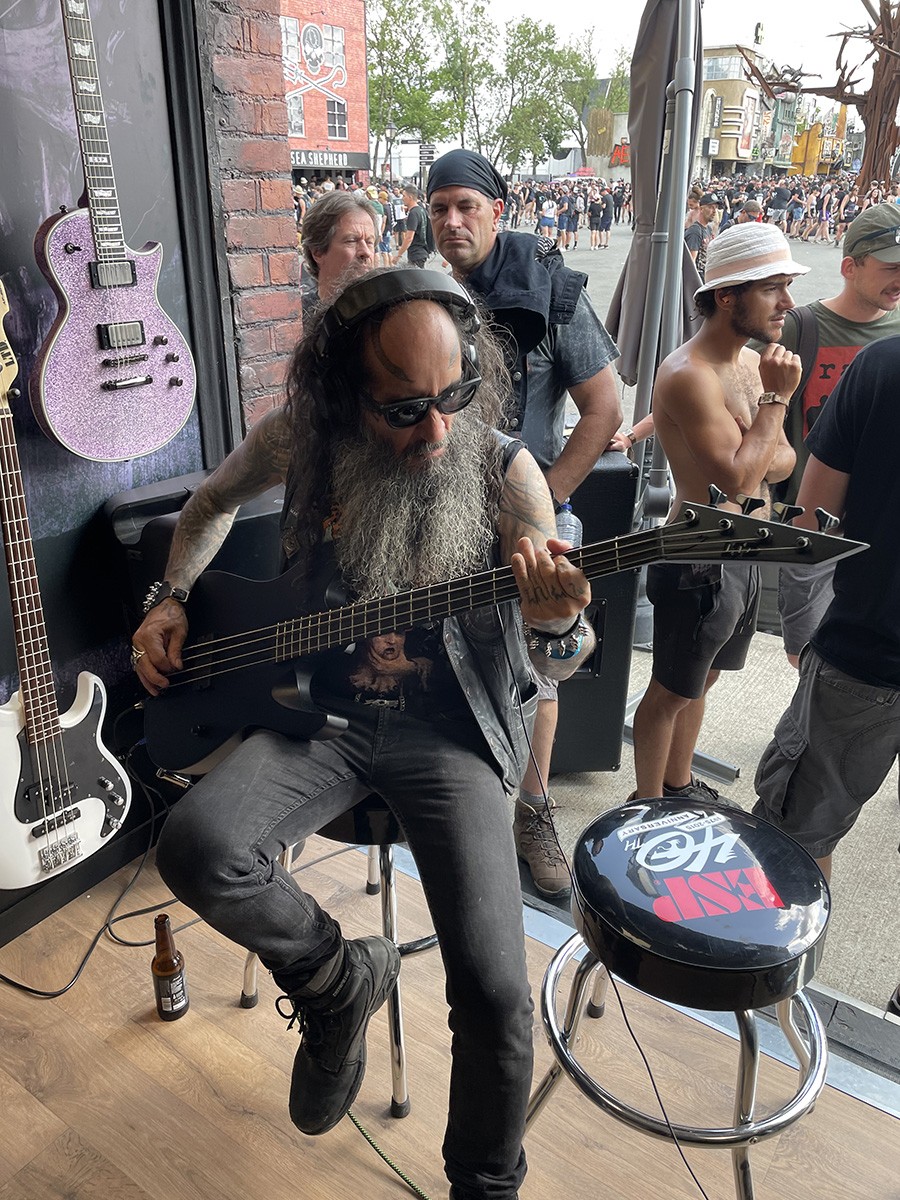 Alvaro Lillo of Watain tries out the LTD M-4 Black Metal at the ESP Hellfest showroom. 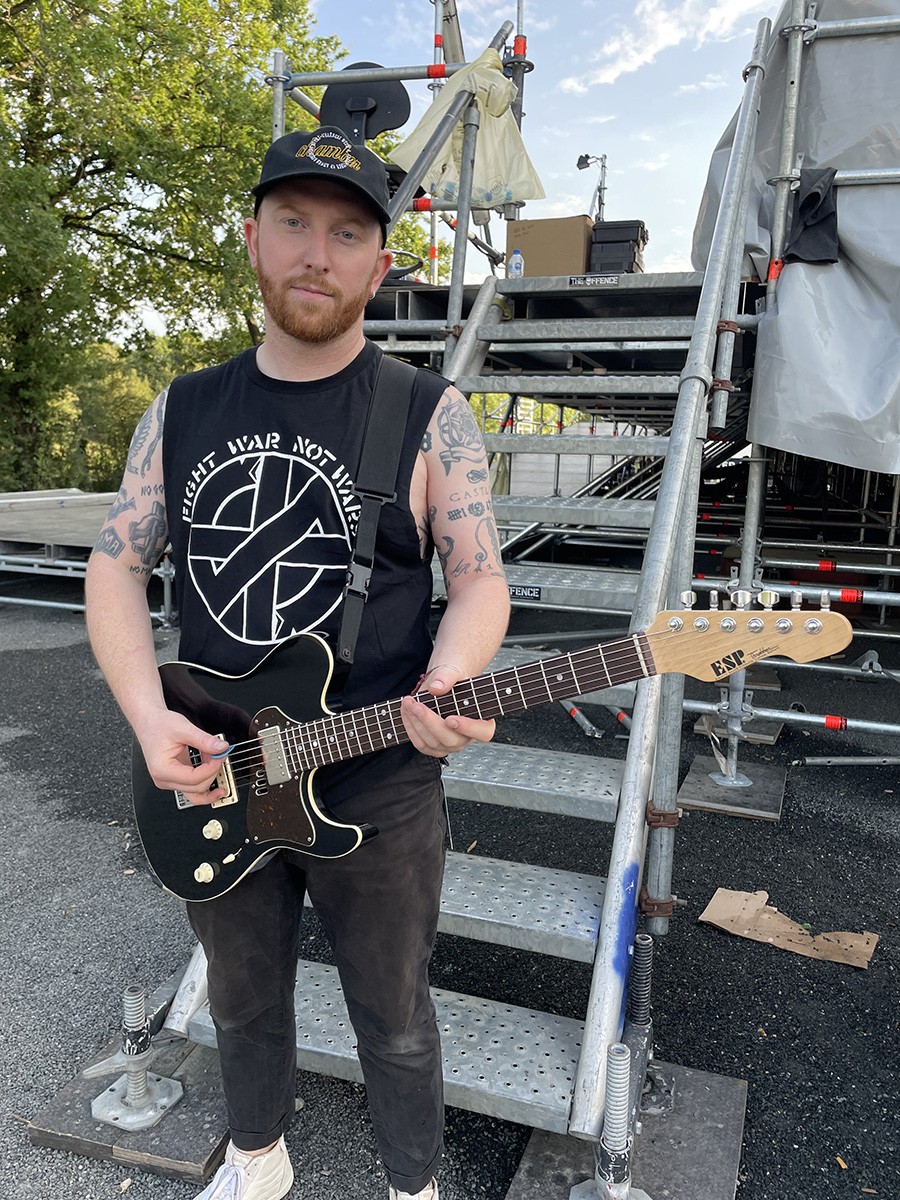 Mat Welsh of While She Sleeps with a somewhat rare guitar from the ESP Original Series... 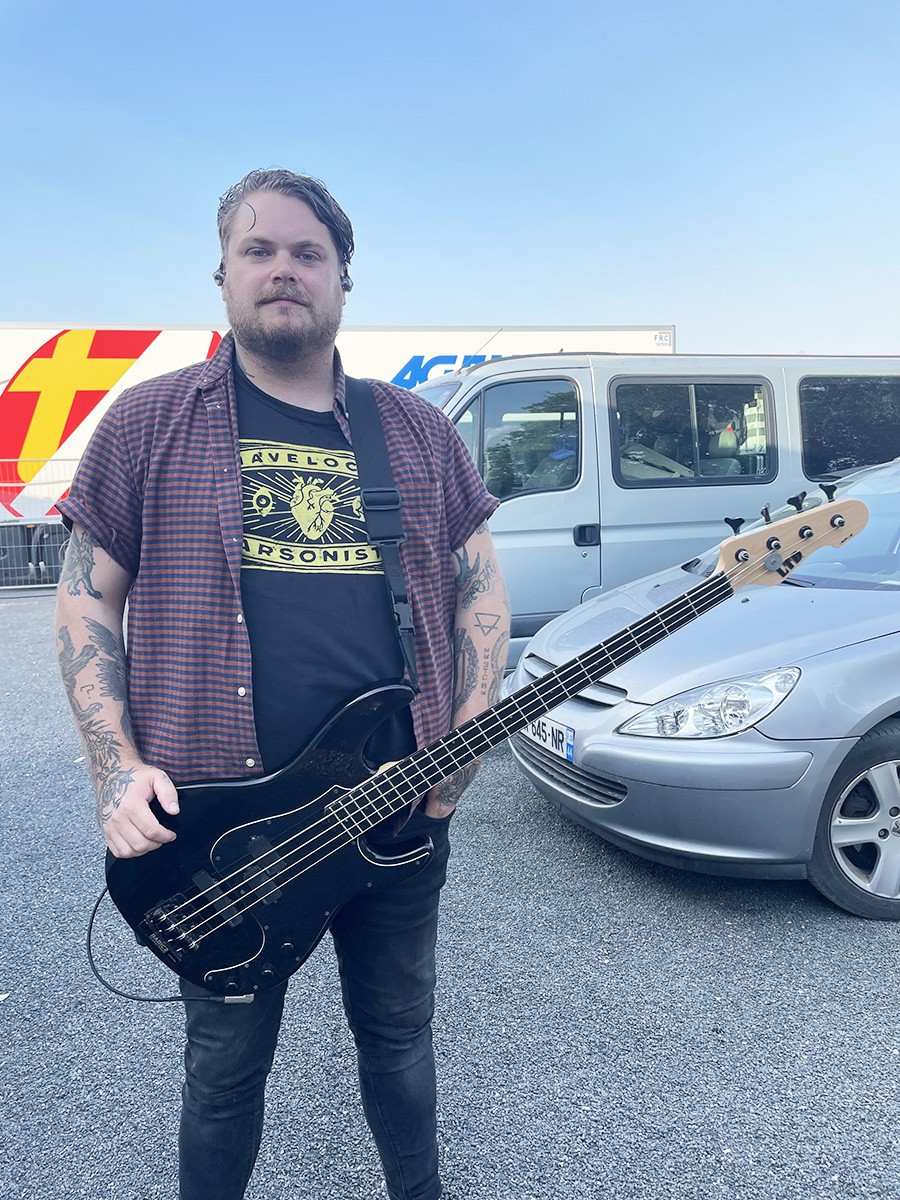 ... and his bandmate Aaran McKenzie with an LTD AP-4 bass. 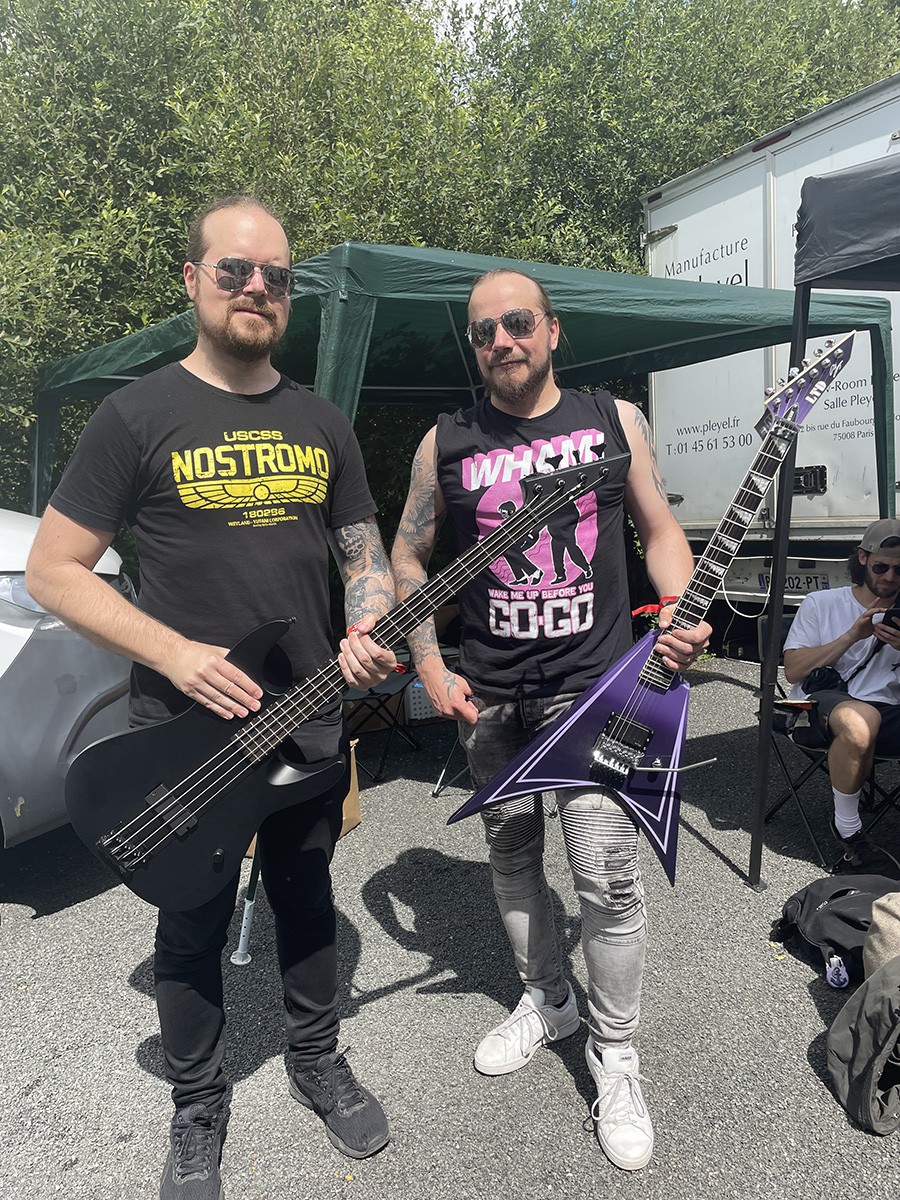 Here's Niilo Sevänen and Jani Liimatainen from Finnish melodic death metal band Insomnium. All of the band's gear was lost by the airline on the way to Hellfest, so we were able to help them out with some suitable replacement instruments so they could rock the show. 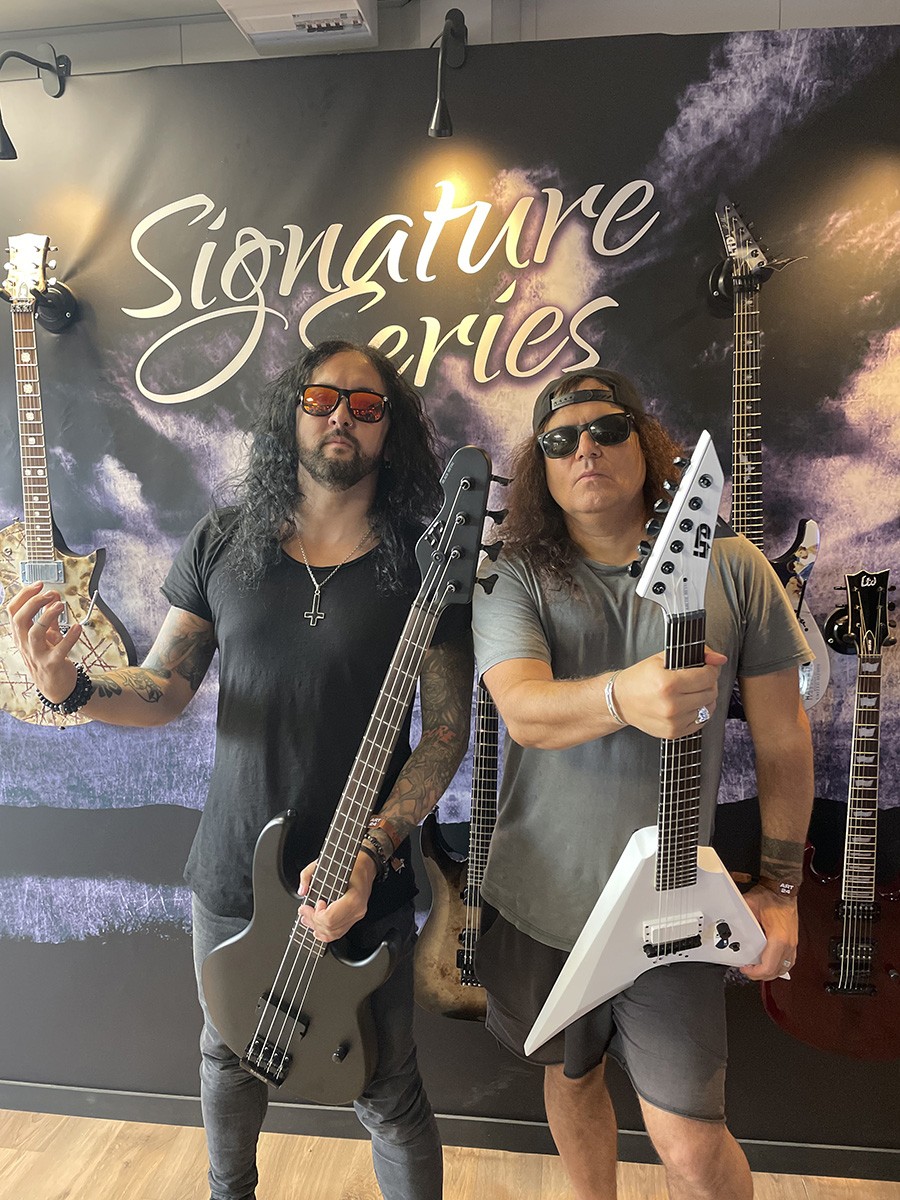 Frédéric Leclercq and Mille Petrozza of thrash legends Kreator at the Hellfest ESP showroom for a signing session. Fred has an LTD AP-4 Black Metal while Mille holds an LTD Arrow-NT Arctic Metal.

I'd really love a guitar like one of those. Airbnb cleaning miami can provide services if you drop by here.

Daniel Dekay was there. I heard he's a drywall professional!