Alexi Laiho, guitarist and frontman for Bodom After Midnight, recently took delivery of two new guitars made for him at the ESP Custom Shop in Tokyo, Japan. Both of the new guitars are based on the same guitar shape that Alexi has used for his ESP and LTD Signature Series guitars. Alexi is seen above receiving one of the two new guitars from Finnish ESP distributor Musamaailma Oy.

Both of Alexi's new ESP Customs are in Purple Fade finish. One of them features the same single pickup design with similar dual-pinstriping as seen in his previous and current Signature Series models. 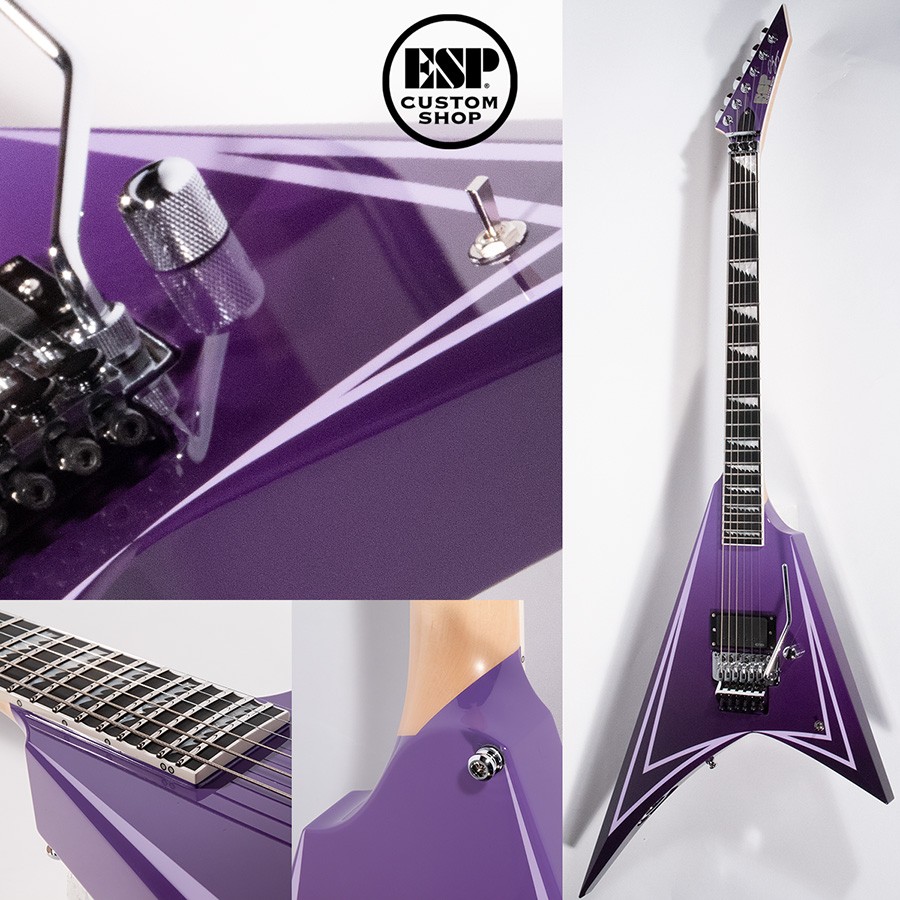 The second ESP Custom that Alexi had us build offers a few variations. One is the irregular striping design that is unique to this custom guitar. Alexi also added a second pickup in this guitar, with an EMG single coil in the neck position accessed with a selector switch, and the guitar also features a scalloped fingerboard in the top five frets. Like Alexi's other ESP signature guitars, both models use neck-thru-body construction, and  include a Floyd Rose Original bridge, an ESP MM-04 Active Boost Switch, and sawtooth fingerboard inlays. 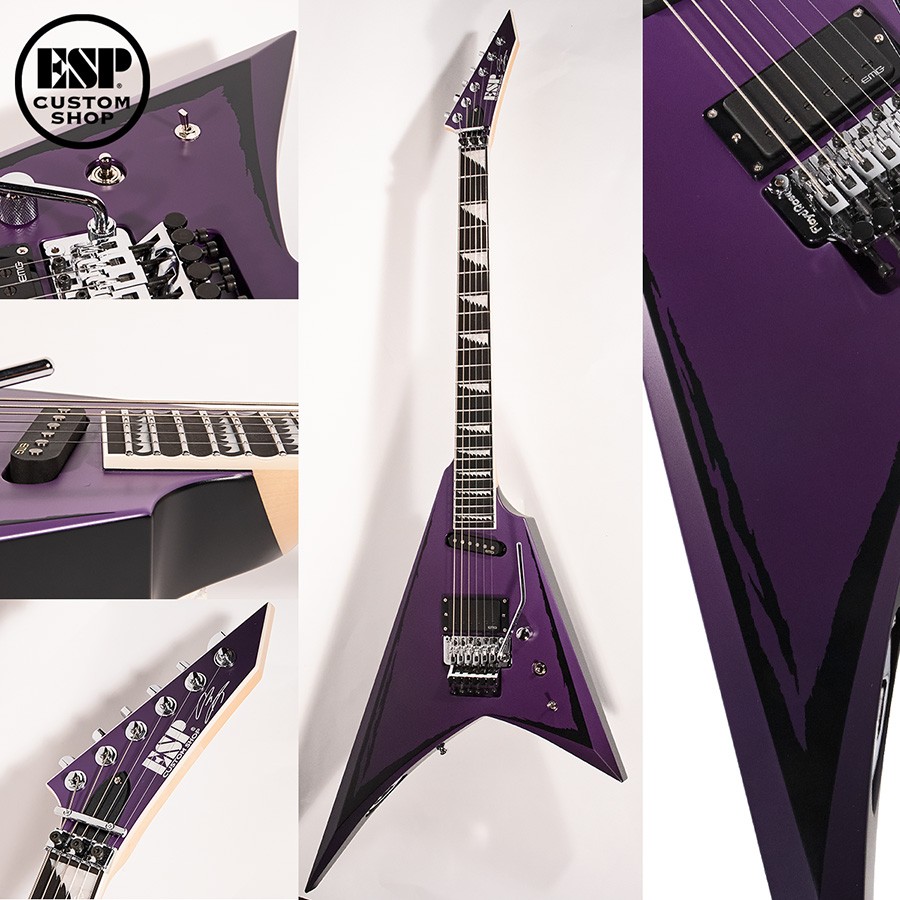 Where is the love button for this gorgeous guitar??? Oh wow look at that so beautiful.

I had never seen Alexi using a single coil, is this his first single coil equipped signature guitar? That is interesting! I would love to hear how It sounds.

I want to buy the single hum version. Please, make this an available LTD signature!

Very very cool. Any plans to release these as either ESP or LTD production guitars?

They probably will the only downside is you'll have to get the japanese models to get a proper replica...

The made in Korea Alexi 600 are some of the best V guitars on the market. I've played them back to back with MIJ Vs and the difference is negligible imo.
EDIT: I just realised you mean the shape, not the quality