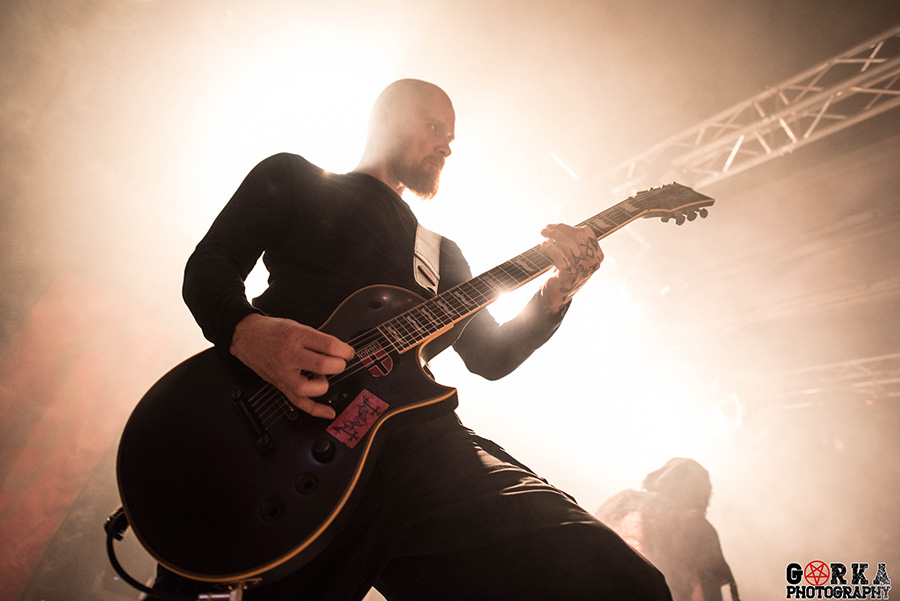 Mayhem is one of the most respected and influential bands in the black metal genre. Formed in Oslo, Norway in 1984, Mayhem has had a history filled with controversy, but musically have always seemed one step ahead of the crowd. Guitarist Teloch joined the band in 2011, and has been playing ESP ever since.

Do you recall the first time you ever heard of ESP Guitars?
Actually that was about 15 years ago. A friend of mine had the distribution in Norway for ESP. He got me to try out an ESP for the first time. It took another five years before I was endorsed by ESP. I remember thinking the guitar was just insane. It seems like as soon as I started playing ESP, suddenly my playing got better. Everything was so easy on that guitar.

You’ve played a number of ESP models over the years but are most associated with the LTD EC-1000 and ESP Eclipse. What is it about that guitar that makes it right for you?
Well, first, it was just so easy to play and the neck fits my hand perfectly. The guitar just does whatever I want it to do. It was an easy choice. Another thing was that coming from my old "metal shaped" guitar , it was great just suddenly being able to sit with the guitar in your lap and play!

What other ESP models do you play?
I have an ESP Custom Shop Eclipse with one pickup and one volume. I also have some E-II seven-string guitars. I also have three LTD 7 strings and three or four beaten up LTD EC-1000s, all of them with the neck pickup removed and only a volume button. The neck pickup and pickup selector switch gets in my way when I'm shredding in my most eager moments. I tend to tremolo pick up on the neck when I get too eager. So all that stuff has to go out for my live guitars. 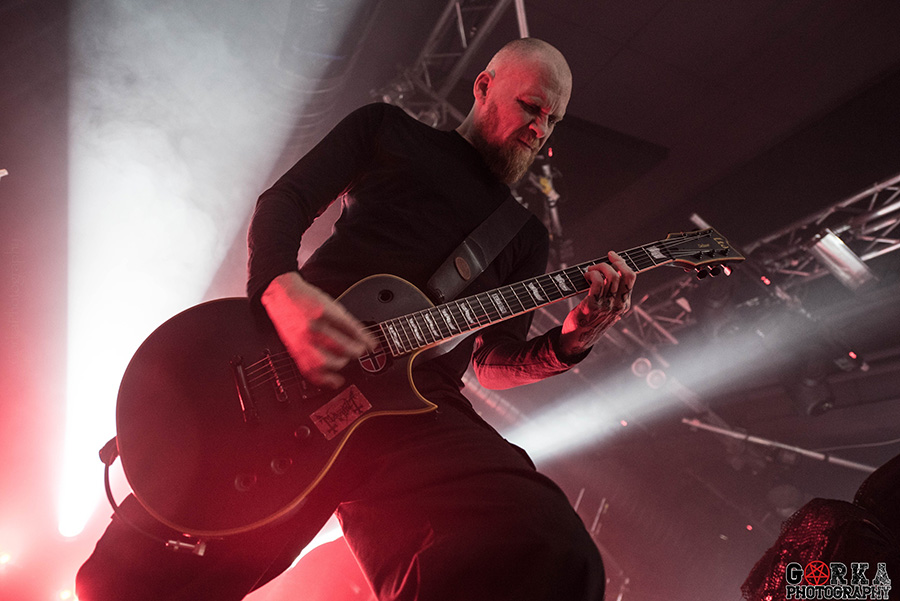 When do you use the seven-string guitars?
Not in Mayhem. I use them in another band of mine of called Nidingr. We had some talks about starting using 7-strings in Mayhem as well, but I'm hoping we are not. Too much stuff to drag on tour, ha ha.

A lot of people don’t understand what black metal is all about. How would you describe Black Metal from a musical perspective to someone who’s never heard it before?
It’s hard to explain because there’s so many genres within black metal. I’d say you take punk and mix it with very hard rock or metal. Black metal is more about a feeling than just the music itself. It has a certain darkness.

Mayhem was already one of the most well known and influential bands in the black metal arena well before you joined the band in 2011. Is it difficult walking into an existing band like that, where the audience has specific expectations of the music and performance style?
No, not for me. Luckily, I started with another big black metal band before I came to Mayhem called Gorgoroth. I knew what I was getting into even though Mayhem is not exactly like them. But Mayhem was the band that first got me into black metal. I already had been in the world of death metal and hardcore before that, so that's changed after hearing Mayhem. It was kind of a challenge at first because they had an established name, and also the previous composer had a very good reputation as a good writer and guitarist. But I took the challenge by the horns and did my best. I'm happy with how it turned out in the end.

You had a huge impact on Mayhem as soon as you arrived, and I know that you created a lot of the Esoteric Warfare album on your own. Why was the band receptive to you walking in as a newcomer and having just a big creative impact right away?
Actually, I wrote that whole album myself.

How was it that they trusted you right away with such an important role?
I think they knew where I came from and they knew about my other bands. They trusted me to do what I want in a way. Of course, I had some guidance from the guys. But we’re the same kind of people when it comes to the music style and what we want to do. In addition to this, Hellhammer (our drummer) told me their previous guitarist and composer recommended me to be his replacement. 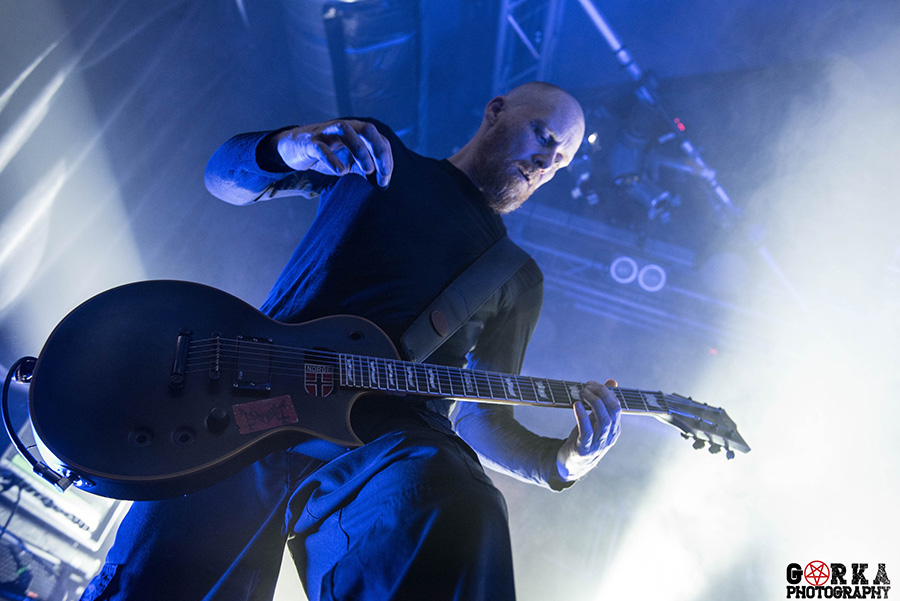 The new Mayhem album Daemon has been receiving excellent reviews. What was the process like in the creation of the album?
It’s fucking strange, because normally Mayhem is a band that tries to make things extreme and difficult for themselves, and difficult for their fans to like. This time we tried to simplify everything. We didn’t want a bunch of technical songs. As soon as it got too technical, we went back and simplified it even more. But yes, it’s getting crazy reviews and selling well and everything.

Do you still find time to practice or otherwise learn and grow as a guitar player and a songwriter?
Yeah, I’m actually a very creative soul and I do all kinds of shit. I do other projects and styles and genres. I have some electronic stuff going on, some evil rock coming as well, plus I have a death metal album ready since 2005-ish that I never got to do anything with. The Mayhem album took more time than I thought it would, but I’d say that with all the projects I do, I’m constantly exploring new areas of music. Maybe it’s not improving guitar skill-wise, but in learning and working in new genres. I don’t even listen to black metal or metal in general. I’m afraid to get inspired by other people’s music. Most metal being released today is shit and everyone’s copying each other, at least from the small amount of stuff I have checked out. But what do I know?

What do you listen to instead?
I listen to whatever’s on my playlist. It ranges from jazz to classical to drum-and-bass, and more. You can put one of my playlists in the interview if you want.

Name a band or artist that Mayhem fans might be surprised that you enjoy.
JJ Cale.

Cool. Who are some of the other guitarists who you respect today, or simply whose music you enjoy or have had an impact on you as a player?
I like James Hetfield. Metallica was the band that got me to teach myself how to do this. That’s the main guy in my early years. And still is, I believe. I haven't found anyone else after him to influence me as much as that guy! 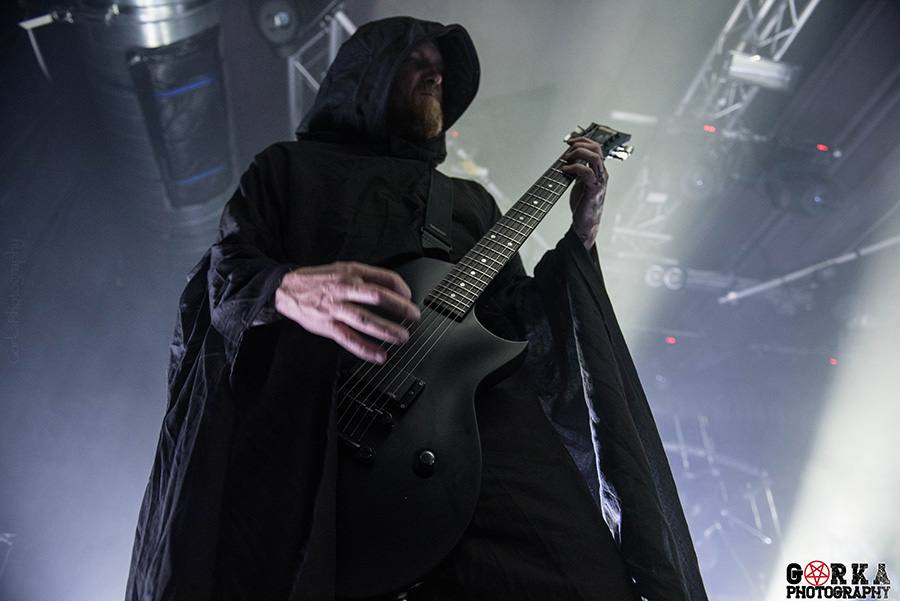 Wonderful interview, it was very interesting to read. He found a hobby that he likes, that’s what happiness is. Unfortunately, students often do not have time for a hobby. If you are asking yourself "maybe someone could write my paper for me?" - there is a way. MyAdmissionEssay providing professional help with any kind of paperwork for students.

Very cool interview, I'll check out the new Mayhem. Giving props to Hetfield too, influenced a generation of right hands...