What is J-Rock? As many fans know, Japanese Rock (J-Rock for short) is simply various styles in rock and pop music that comes from the nation of Japan. Many of these artists and bands have achieved worldwide respect, while some others are only extraordinarily well known in their home country. ESP is, of course, a company that originated in Japan before becoming a global phenomenon, and our guitars and basses are in high demand from both J-Rock artists and their fans around the world. Below is a short spotlight on ten ESP artists who are beloved in the many genres of J-Rock. 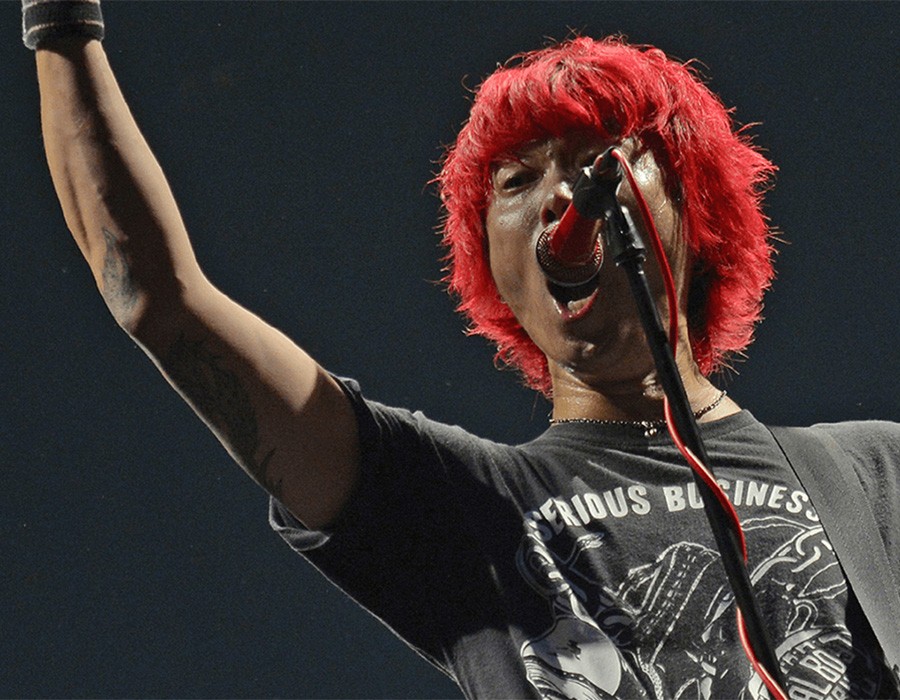 Bass player and vocalist Akihiro Namba is known for founding the hardcore punk band Hi-STANDARD in the early ‘90s while in university. The band saw huge success in both Japan and internationally, with Europe and US tours with bands like NOFX and No Use for a Name. Akihiro also plays and sings in pop punk band NAMBA69. 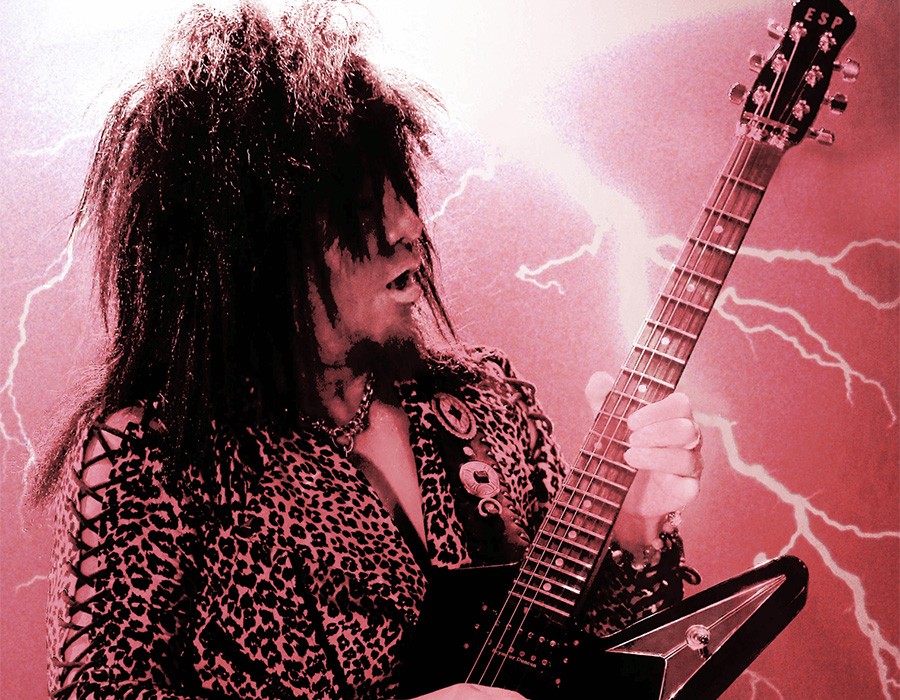 As a founding member of Loudness, Akira Takasaki is perhaps Japan’s best known heavy music export. First becoming known in his teen years as a member of pop rock group Lazy, Akira’s precise and fast playing style in Loudness placed him in a realm along with other hugely influential neo-classical and bluesy shredders. 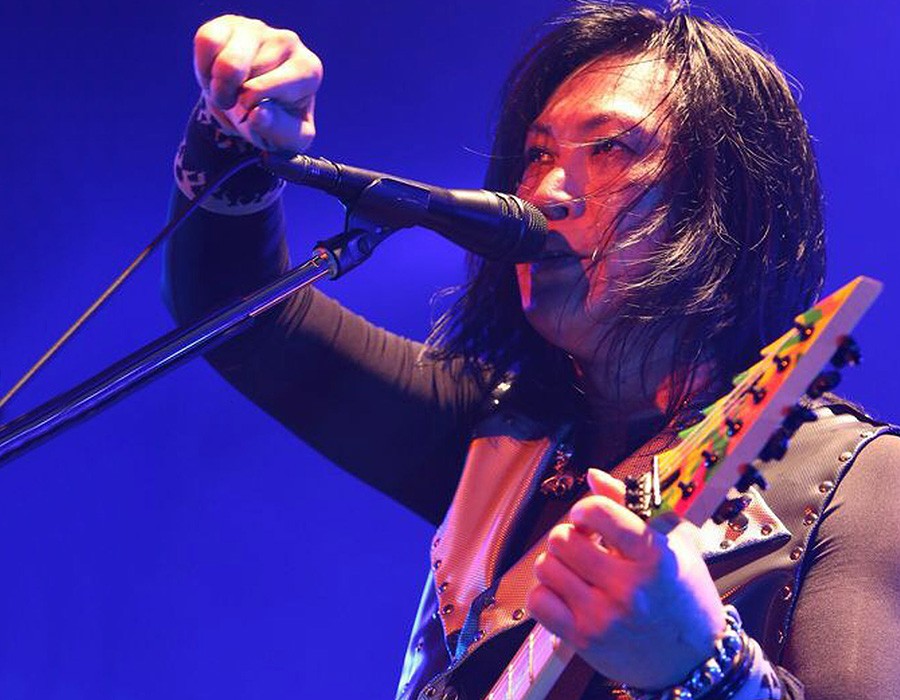 The guitarist and lead vocalist of metal group SEX MACHINEGUNS, Anchang is a speed demon whose frantic riffs and high-pitched screams invoke many of the great sounds of hard rock and metal. With more than ten studio albums in addition to live albums and compilations, SEX MACHINEGUNS has been a driving force in J-Rock since 1989. 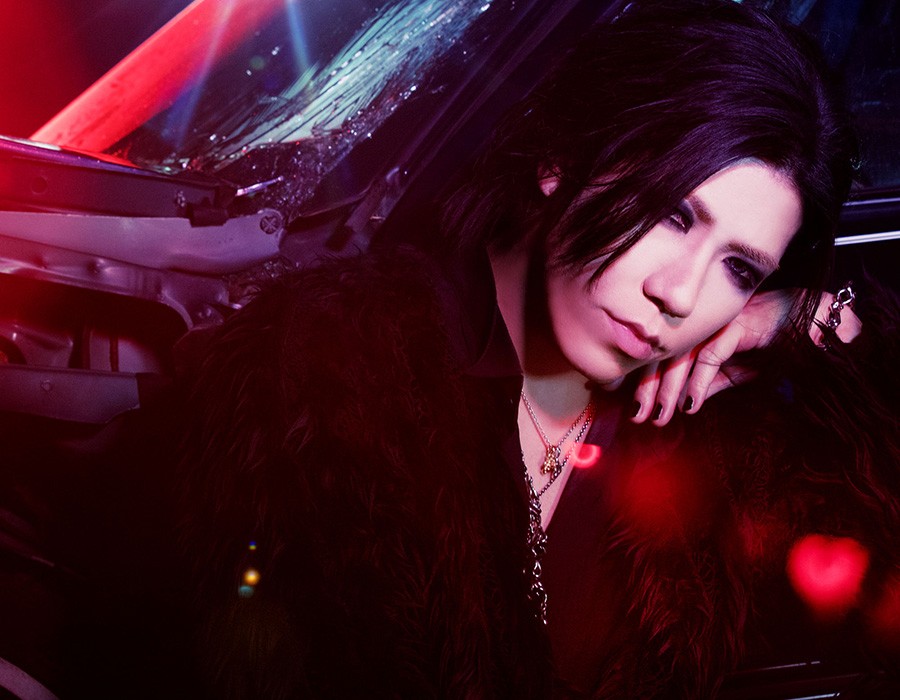 Visual kei is a style that’s unique to Japanese musicians, with a big influence from glam rock and shock rock. Aoi is a founding member of alt-metal band the GazettE, who has enjoyed a slew of top 10 albums in Japan (with their latest, called Ninth, hitting #3 in Japan and topping the iTunes rock charts in Belarus, Finland, France, Hungary, Poland, Turkey and Sweden. 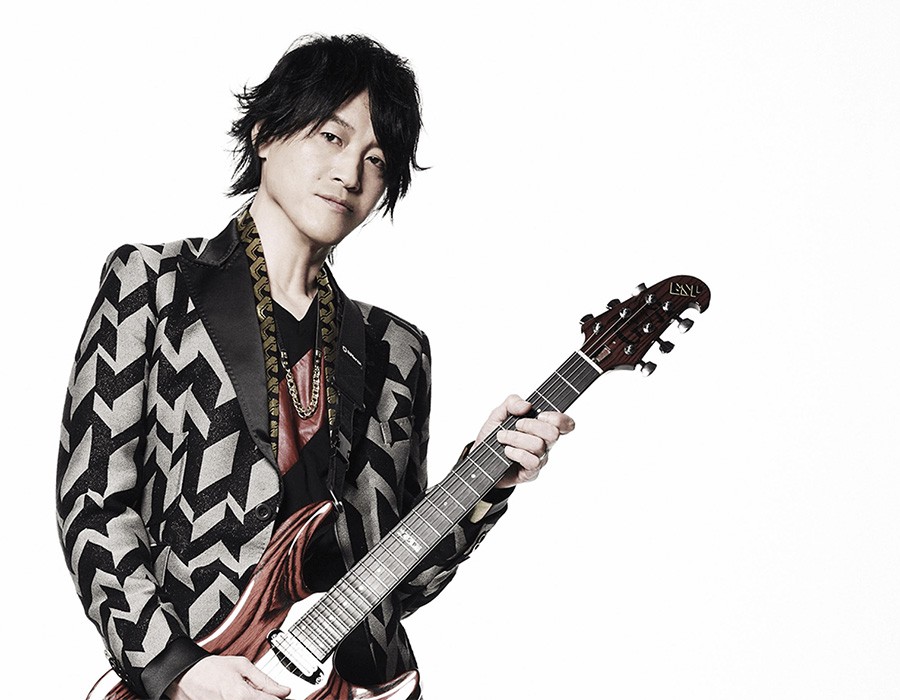 Musician Masaaki Iizuka is better known as e-Zuka, the guitarist and composer/arranger of Japanese rock band GRANRODEO. The band, which started in 2005, is known both for their own fast-paced pop rock albums and their work on many anime soundtrack albums. The guitar work of e-Zuka is admired for speedy melodic solos and aggressive riffs. 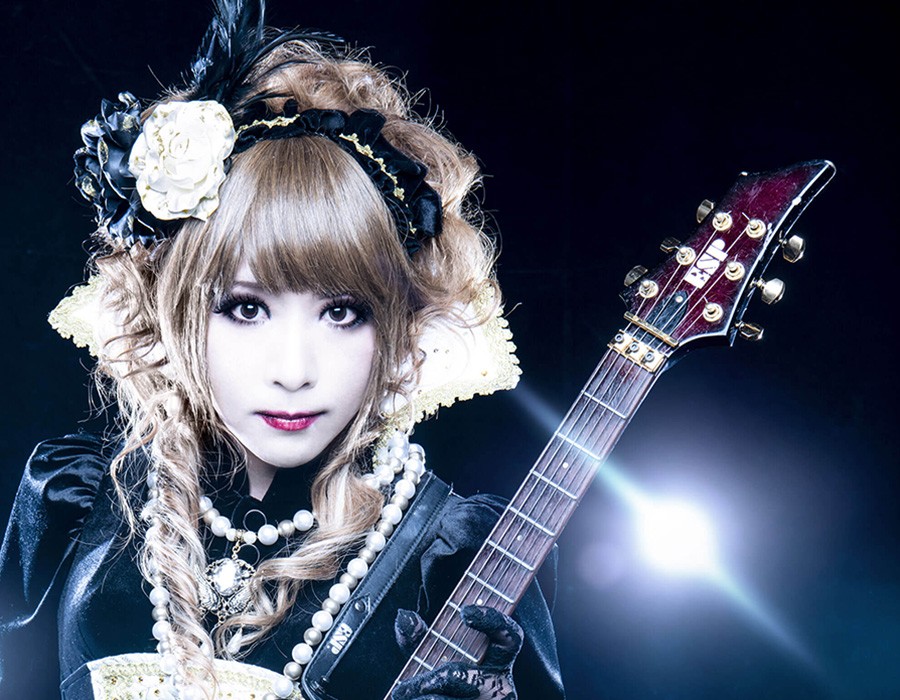 Another widely influential visual kei musician, guitarist Hizaki hails from Kyoto, and is known for his work in the symphonic power metal bands Versailles and Jupiter, as well as his solo work in the Hizaki Grace Project. With his distinctive look and incredibly speedy and precise alternate picking style, Hizaki has had a huge impact on the world of Japanese metal. 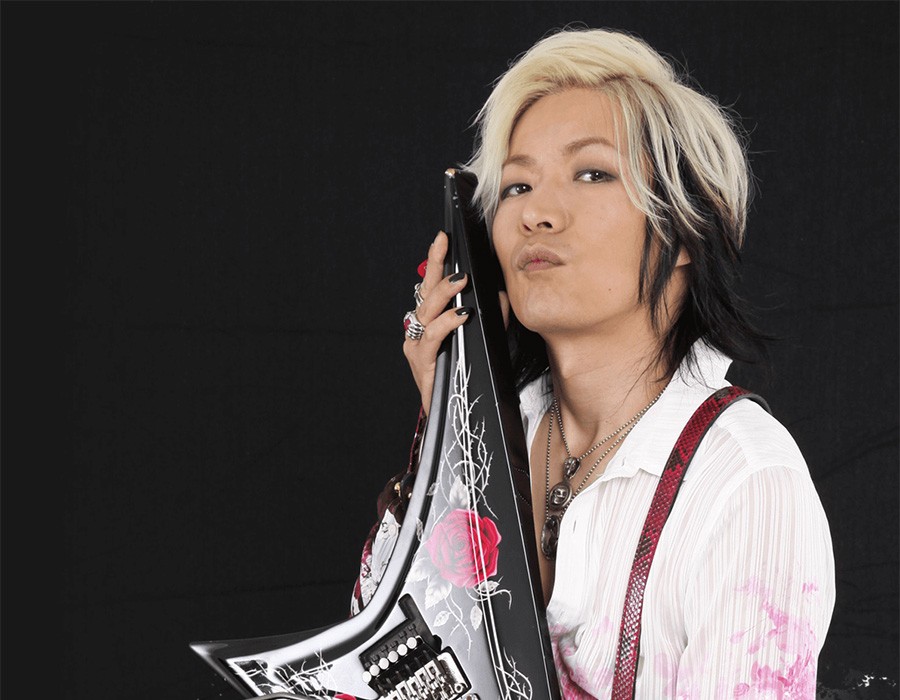 A former member of SEX MACHINEGUNS, Yoshikazu Yahiro (better known under his stage name Panther) formed Elleguns when the band was on hiatus in 2004, and put together the Cycle in 2006. Known for combining blues, hard rock, and neo-classical metal, Panther is a virtuoso musician whose work has gained him recognition around the world. 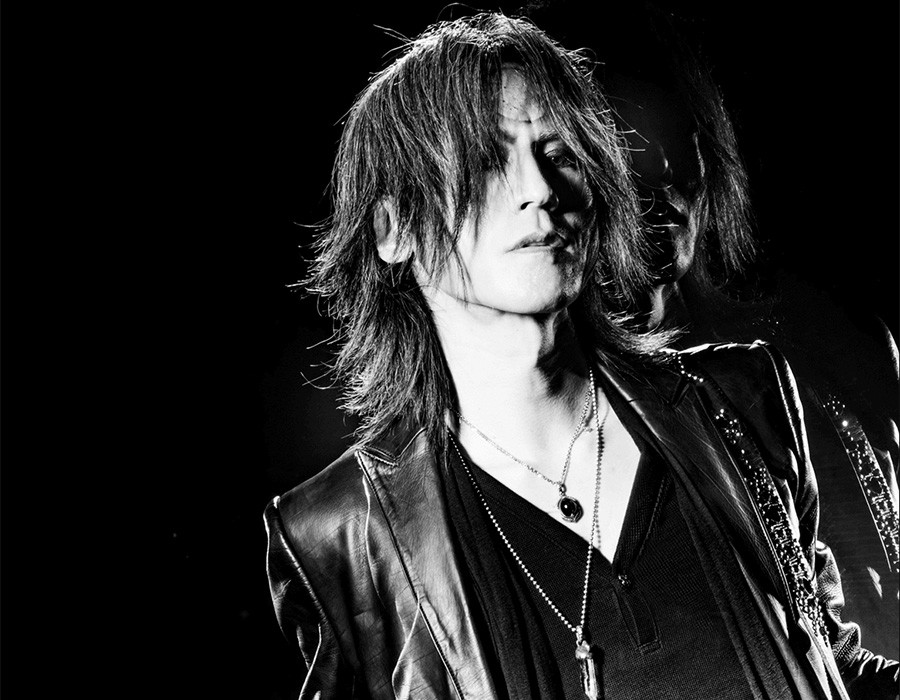 One of Japan’s most iconic rock musicians, Sugizo has taken on many different genres from progressive/alt-rock in Luna Sea to power metal in X Japan to trance and world music in Juno Reactor. Beyond his immensely successful musical career, Sugizo is also known as a producer, actor, writer, and anti-war, pro-environmental activist. 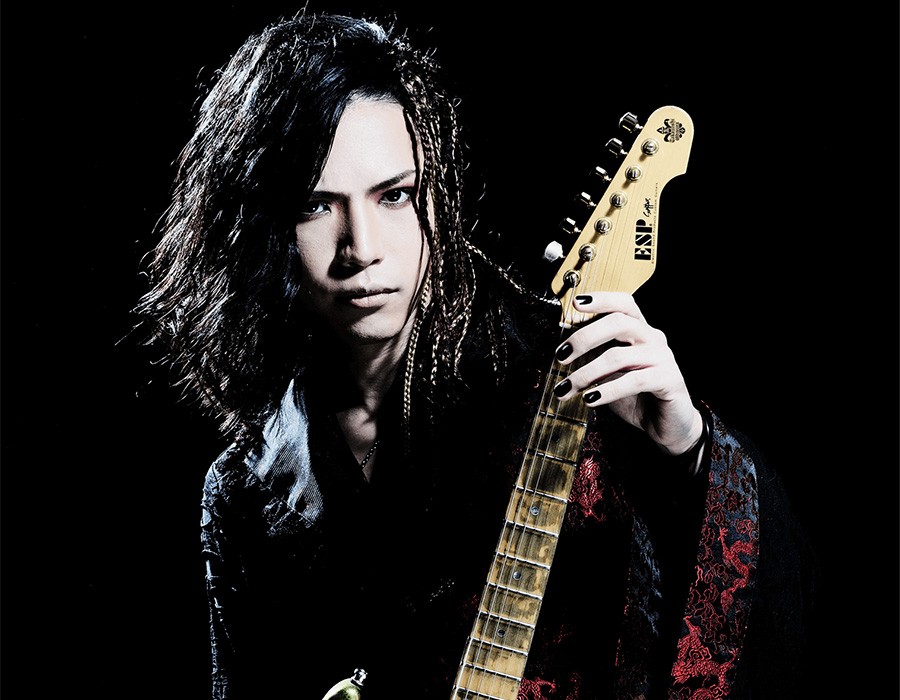 Born in Osaka, Takayoshi Ohmura has spent the past 15 years as one of Japan’s most highly-respected rock, metal, and pop guitarists. Whether putting out mind-blowing instrumental albums as a solo artist or collaborating with such bands and players as Marty Friedman, Richie Kotzen, Liv Moon, C4, and others, Takayoshi can do it all. 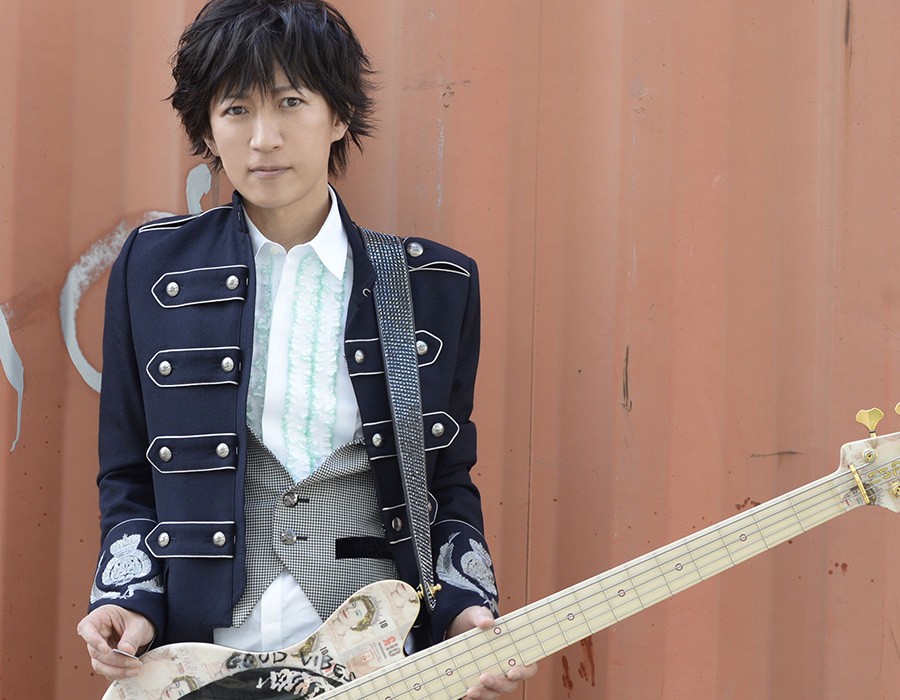 A founding member of platinum-selling Japanese pop/alt-rock band L'Arc-en-Ciel in 1991, bass player Tetsuya is one of the band’s main composers. Over the past 25+ years, L’Arc-en-Ciel have released 12 albums that sold over 40 million units, placing them among Japan’s all-time most popular musical acts.

A couple of the guys mentioned here are World leaders in Rock Guitar. There dedication, technical skills and artistry will blow your mind. Some of them were playing ESP Guitars before anyone had heard of these greatly customisable Guitars. I have great respect for Japanese players as they know how to take Rock into new areas, opening styles and ideas never thought of in the West.

Where's Syu and all the guys from Dir en Grey?

How do I get that .1 guitar in the USA. It's super slick and clean. I really like that look.