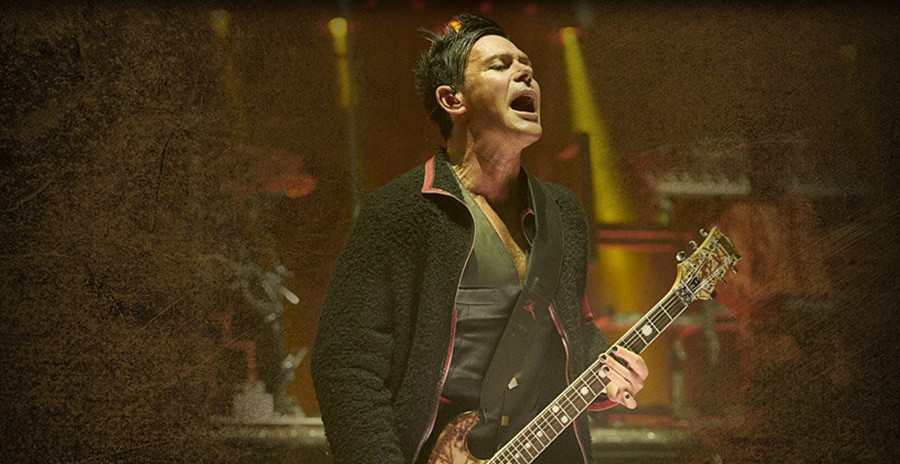 We're sending our congratulations to ESP player Richard Z. Kruspe and the rest of his band Rammstein for their incredible success on the release of the new untitled album, which came out on May 17 and has hit the #1 spot on album charts in 14 different countries, according to a report by Billboard. The album is at the top spot in Germany, Belgium, Denmark, France, The Netherlands, Norway, Finland, Estonia, Portugal, Poland, Russia, Switzerland, Austria and Canada. Additionally, it's in the top five albums in Sweden, Italy, Spain, Australia, Czech Republic, Latvia, Lithuania, and the UK. Another huge achievement for the album is its debut at #9 on the album charts in the USA, making this the first time Rammstein hit the top 10 here.

The untitled album (sometimes referred to eponymously as Rammstein) gained early exposure through the release of two singles: "Deutschland" and "Radio", the former becoming their second-ever number-one song in Germany. The two songs have been streamed over 150 million times. Also, with about 270,000 units sold, the new Rammstein album is Germany's most successful first week release since the start of the 21st century. Not bad, guys!

Richard Z. Kruspe has been part of the ESP artist family for many years, and his ESP and LTD Signature Series guitars exemplify the innovation and power he brings to every strum of his instrument. We are currently offering three models: the ESP RZK-II Burnt, a guitar that's handcrafted at our ESP Custom Shop in Japan, and two ESP E-II models built at the ESP factory in Japan: the E-II RZK-II Burnt and the E-II RZK-I Burnt.

The new Rammstein album is available wherever you buy music. Keep up with the band at their official web site.

I was at the Moscow concert and it was fantastic! I thought that the whole population of Moscow was there. So many people. At the same time, I envy and not those people who ended up in the fan zone. They were so close to the scene but the crush was unbelievable.

This rock band is the best on the planet.

It is an amazing song!