The Women Who Play ESP

The Women Who Play ESP

Something pretty remarkable happened over the past couple of years that had previously never been the case. While there have always been dynamic and innovative female guitar players over the years — Joan Jett to Kaki King, Lita Ford to Nancy Wilson, or Mother Maybelle Carter to Sister Rosetta Tharpe — according to recent studies, female players now account for half of all new guitarists.

Since ESP makes guitars and basses for all people around the world who are making music in every conceivable genre, it’s probably long overdue that we put a spotlight on the professional female musicians who’ve chosen to play our instruments. Note that this feature only includes female players who are officially endorsed by us; there are hundreds and hundreds more out there who rock LTD, E-II, and ESP guitars and basses. We are proud that they are not only excellent examples of successful musicians using our guitars, but that they’re also acting as influencers and role models for other women who may have assumed that playing guitar was a boys-only club. Word to the wise: it’s not. 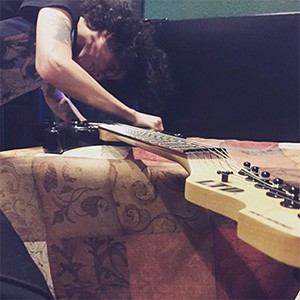 Joining Andrew W.K.’s band in 2016, Amanda Lepre hails from the southernmost point in Texas, and makes Austin her home. An excellent player in many styles, Amanda can smoothly move between metal, progressive, and pop sounds, evidenced in both her work with Andrew W.K. and her own band, Descendants of Erdrick, who specialize in doing killer arrangements of video game music. 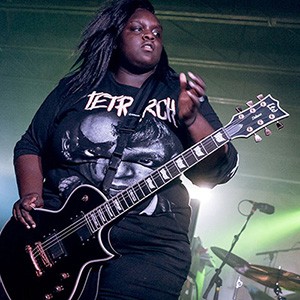 Diamond Rowe plays with a level of aggression and precision that nearly anyone can respect. In 2017, Diamond shattered both gender and race barriers by being one of the only female and African-American metal guitarists featured in all three major US guitar publications. Her fans include members of Avenged Sevenfold and DevilDriver, whom her Atlanta-born, LA-based metalcore band Tetrarch has opened for on national tours. Check out her ESP Artist Spotlight here. 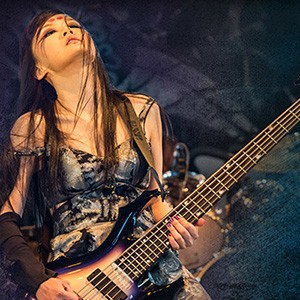 A member of Taiwanese metal band Chthonic for 20 years, Doris has been a member of the ESP artist family since 2010. One of the few female bass players in metal, Doris holds down the low end for Chthonic’s music, and has been the bassist on seven of the band’s eight studio albums as well as being a contributor to their songwriting and production. An exciting and dynamic bass player on stage, Doris continues to influence musicians around the world. 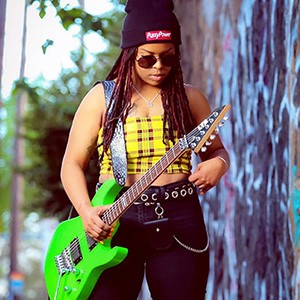 Hailing from Atlanta, GA, Gabby Logan bucks most of the musical stereotypes you can think of. She’s an African-American woman playing hard rock music, and she’s out doing tours around the country, pulling kick-ass sounds from her LTD M-50FR, proving that great players don’t always require a high-end guitar to make their music. The Txlips have recently opened for Indigo Girls, and are slated to perform in June at Pride Festival events in Chicago and Seattle. 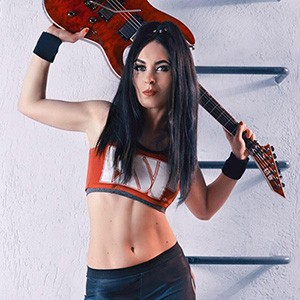 Having a female-fronted metal band isn’t very uncommon, but one in which the singer also handles a good chunk of the guitar duties makes Poland-based Crystal Viper stand out from the crowd. Taking musical inspiration from the classic metal bands of the ‘70s and ‘80s, Marta is the band’s founder, main songwriter, and handles their tight rhythms while performing soaring vocals with seeming effortlessness. 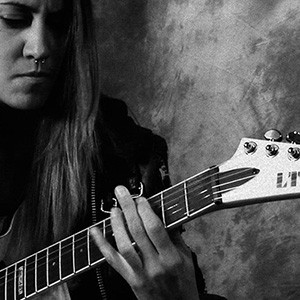 A lifelong multi-instrumentalist and producer, Melissa Evila grew up in Buenos Aires, Argentina and spent time working with various bands and as a session player before forming the appropriately-named B.A. Sisters with her sister Sabrina. Attacking multiple styles, Melissa blends heavy metal, ’80s pop, punk rock, and electronic music in her original music. 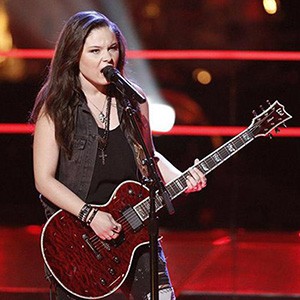 Moriah Formica gained national exposure in 2017 when, as a contestant on NBC’s The Voice at age 15, she stunned audiences not only with her big rock-and-roll voice, but her ability to perform in true rock style, backing herself on rhythm guitar using her EC-1000. Moriah has released an EP and opened for bands including Halestorm, Stryper, Gin Blossoms, and many others. It’s not hard to see that this young talent has a big future still ahead of her. 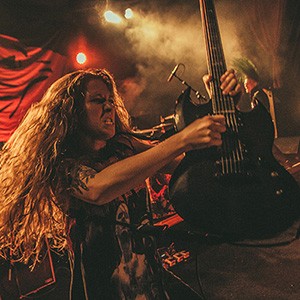 Exploding onto the scene with her ferociously powerful playing in the Pittsburgh-based metalcore/hardcore band Code Orange, Reba Meyers has since become the first female artist to have an ESP Signature Series guitar available worldwide. Having received a “Best Metal Performance” Grammy nomination for their song “Forever” in 2018, Code Orange continues to stun audiences at every tour stop, due in no small part to Reba’s merciless performance style. 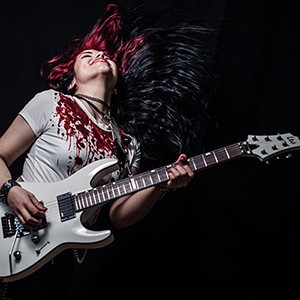 The world of progressive metal isn’t a common direction for most female guitar players, but once Chilean musician Red Frandany found the music of bands like Rush, Dream Theater, Periphery, Animal as Leaders, and Meshuggah, her musical path was crystal clear. Red is releasing music as a solo artist as well as having founded glam metal band Saykked, and plays in Rockfem as a session player. 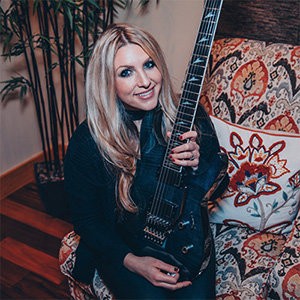 When a person uses the name @shredanie for all of their social media, they’d better have the chops to back it up. Fortunately, Stephanie Bradley can play circles around most people of any gender. While Stephanie does plenty of her own music, she’s been devoting time recently to pass her shred skills down to other players via her online lessons and counseling at rock fantasy camps. 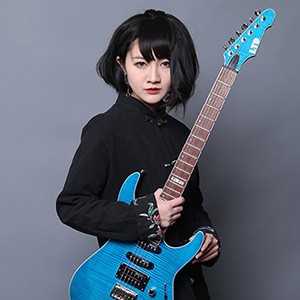 Born in Linyi, Shandong Province in 1998, Yenan Zhang starte on classical guitar at age 11. At age 15 she switched to electric, and almost immediately, her talent began to shine through. Passionate about power metal and progressive fusion, she founded the "Hello Guitar" Music Studio and has quickly become one of China’s foremost guitar talents, with online broadcasts that reach over a half million people. Yanan’s musical heroes include John 5 and Takayoshi Ohmura.

Women are definitely underrepresented as musicians and especially guitar players.

that's really bad that some people here think that ESP should not supports women guitarists but i think its great.