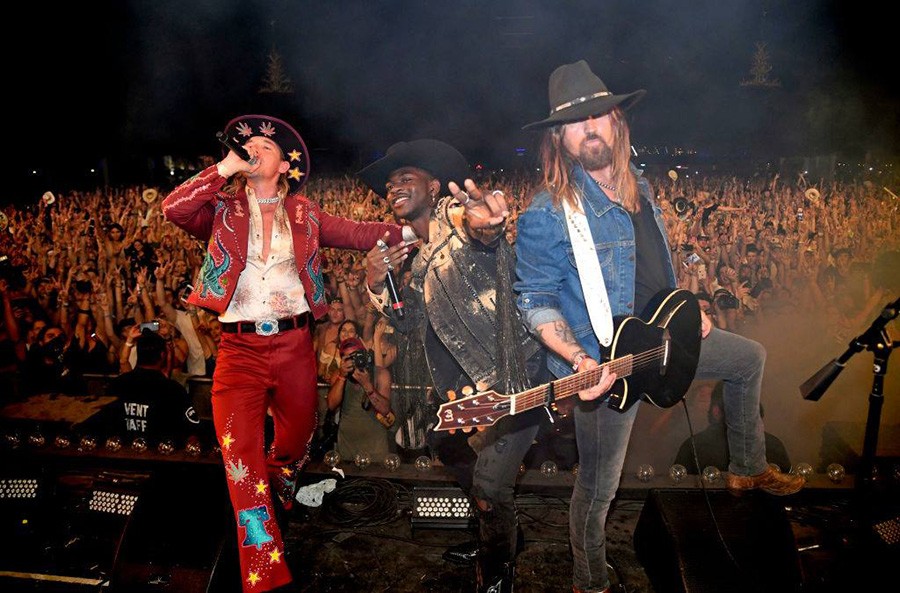 The Stagecoach Festival has become to country music kind of like what Coachella is to the indie music world... it's even held at the same place, on the Empire Polo Club grounds in the desert of Southern California. It's where the hottest names in country and some pop crossover artists join forces to put on a huge, presumably memorable festival experience for the 80,000 attendees.

Apparently on the night of Sunday April 28, the biggest moment of the festival happened after the official headliners were on their way home. DJ Diplo was performing for the event's official after-party when he pulled rapper Lil Nas X and Billy Ray Cyrus onstage to perform the hugest pop song on the planet right now. "Old Town Road". Love it or hate it (and everyone seems to do one or the other), "Old Town Road" has been atop the Billboard Hot 100 singles chart for three consecutive weeks, and the crowd went berserk to see its live debut. 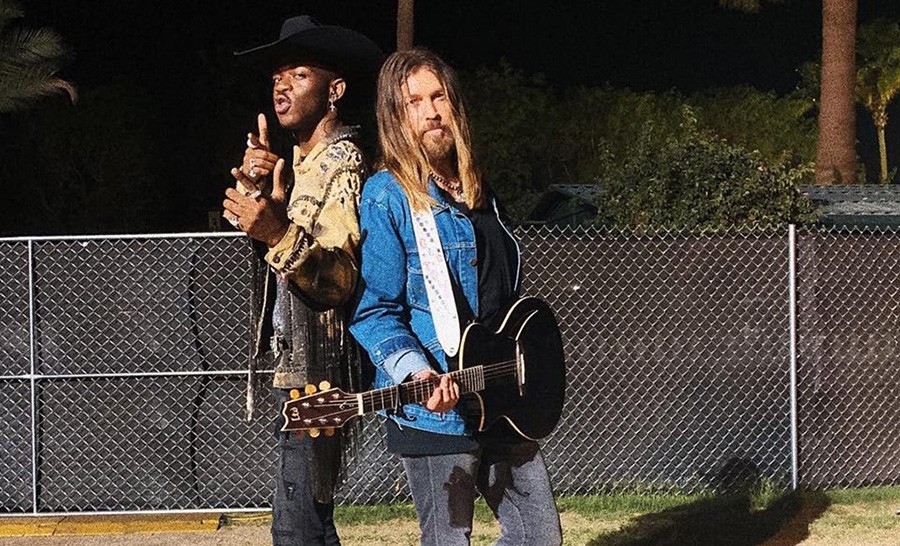 Why are you reading about this on the ESP site? Because Billy Ray Cyrus has been a proud player of the LTD TL-6 Thinline guitar for a number of years, and that's what he was using to perform "Old Town Road" on Sunday night. The TL-6 is an excellent choice for anyone who loves the smooth and fast feel of an electric guitar with the great tone of an acoustic. Available in a variety of finishes (and a left-handed version, which is what the southpaw Bill Ray plays), the TL-6 is a high-quality instrument that includes top-tier components like a Graphtech NuBone-XB nut and saddle, as well as a Fishman SONICORE pickup and TL-3 preamp with onboard tuner.

So, if you find yourself at the coolest country festival in the world and need a guitar to perform the biggest hit in the USA... we've got what you need.

Just proves it,LTD are 100% PROFESSIONAL guitars with pro hardware! the build quality is off the charts and for a ridiculously modest price. Amazing guitars!