Rammstein, the iconic German hard rock band that includes longtime ESP signature artist Richard Z. Kruspe, managed to surprise the entire world with a completely unexpected announcement this week of an upcoming new album, the band's first in ten years. The reportedly self-titled album, the band's seventh since their formation in 1994, is scheduled for release on May 17.

The band also released an epic 9+ minute theatrical music video for what we assume is the first single from the album, a song called "Deutschland". Rammstein has always embraced controversy, and they certainly invited it with this video that shows imagery of their country's history, including that of the Holocaust. You can check out the video on YouTube and decide for yourself (please note that the video is age restricted) whether the band has crossed any lines of taste or propriety. We're not here to judge.

One thing we can tell you for sure: the sound of the new song is absolutely massive, in no small part thanks to the guitar tones of Richard Z. Kruspe. If the rest of the album is this intense -- and it seems likely it will be -- the new self-titled Rammstein album will be one for the ages. Richard has used a wide variety of ESP models over the years, and his current arsenal of ESP Signature Series models is nothing short of outstanding.

The ESP RZK-II Burnt is based on the Eclipse body shape, but is completely unique with its gouged and burned top. Coming from the ESP Custom Shop in Japan, each guitar is completely made by hand, and each one is slightly unique in its own way.

Another ESP E-II model is the RZK-I Burnt. It offers a funky asymmetrical design along with the high-end playability people expect from an ESP. 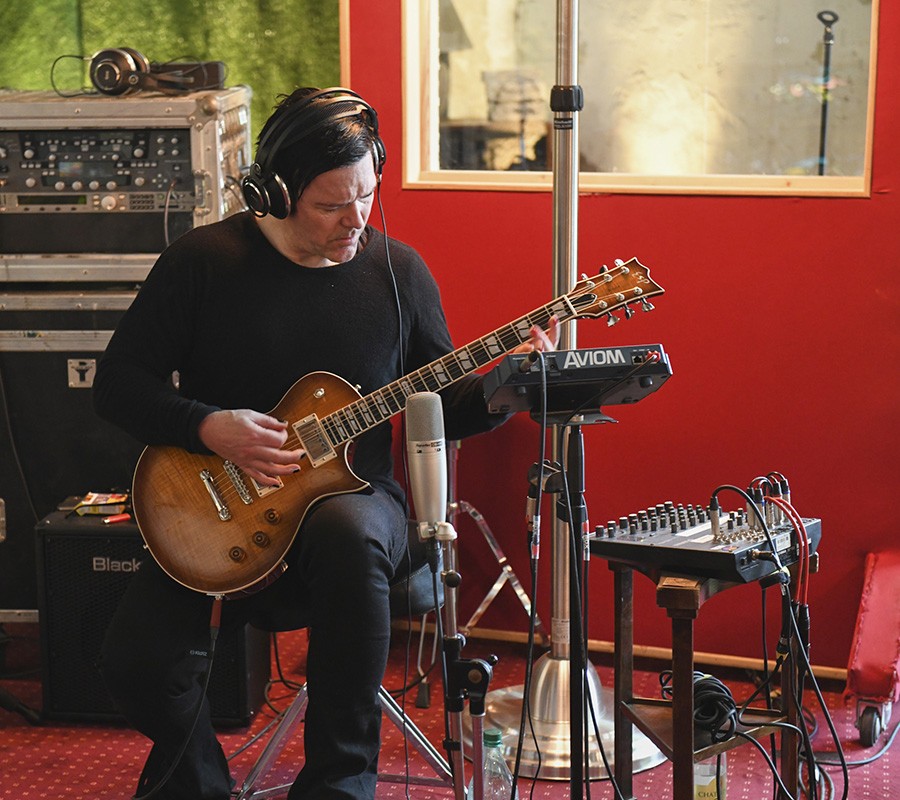 Richard uses more than his own signature models for his work in Rammstein and his other band Emigrate. Here he is in a recent picture recording with an ESP USA Eclipse.

For more information on Rammstein, including pre-orders for the new album, visit their web site.