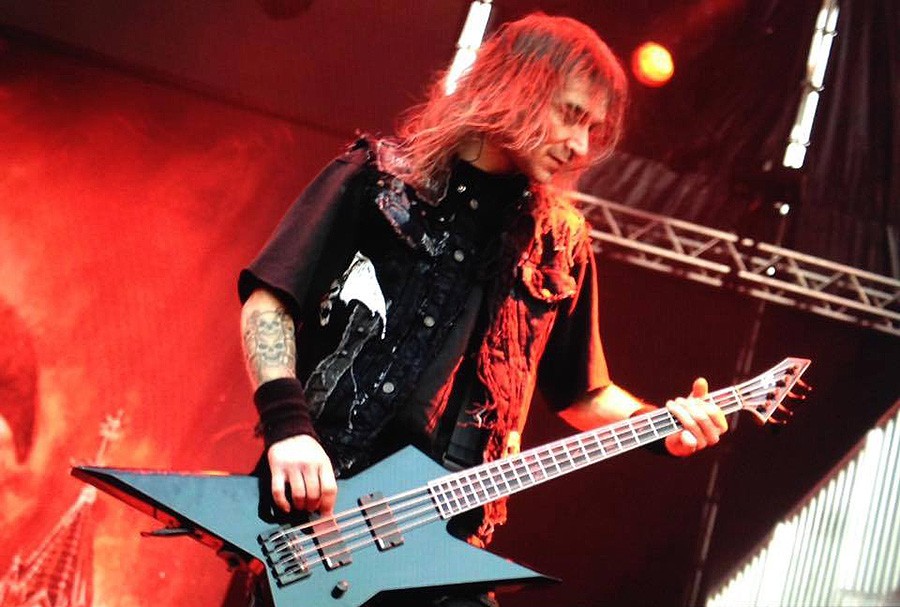 Bass player Christian Giesler — better known as Speesy — is a legend in the thrash metal world. Joining the influential band Kreator in 1994, he’s appeared on every album and tour since then. Speesy joined the ESP artist family shortly after the band’s frontman and founder Mille Petrozza.

Speesy, it’s good to have you as part of the ESP family. What got you to take a look at ESP basses?
It was when Mille went to ESP, and I was checking out the basses on the side. Not all the shapes were available at the time. I ended up getting the LTD AX-104. I liked the shape and I was calling ESP, asking if it was still available, since it wasn’t on the web site anymore. I was like, “Why?”

What ESP bass are you playing now for your main instrument?
The AX-104 is still my spare bass. ESP is building my custom ESP bass now. It’s based on the star guitar shape. I’m having them make it in a 32” scale.

For what reason?
I’m just so used to the scale. It’s like a Jazz bass scale. The guys from ESP Japan say they can build your bass however you want. They actually said, “We’ve never built a 32” bass, but we can do it.”

What’s appealing about a shorter-scale bass?
Just the comfort and feel.

What kind of pickups are in your bass?
EMG. I’ve played EMG played for decades now. I’m very used to the sound. I also play with a Kemper profiling amp. I can know the sound in advance. For me, it’s the best pickup for metal. 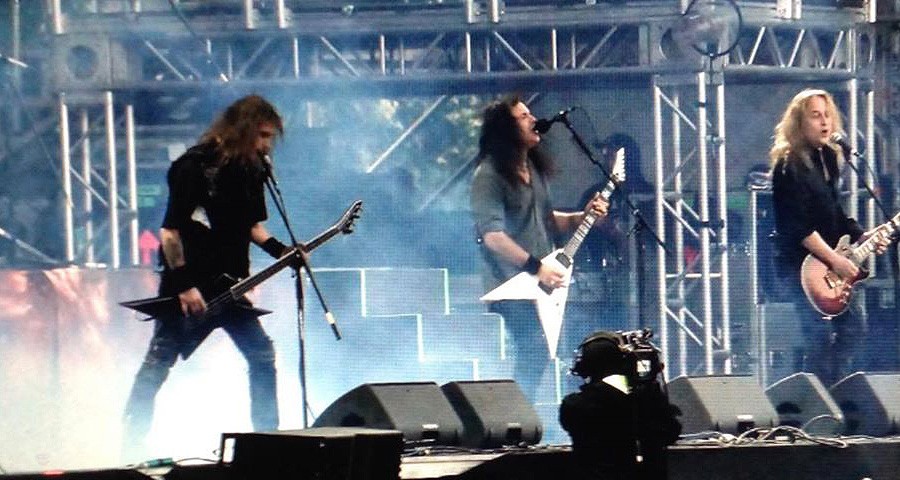 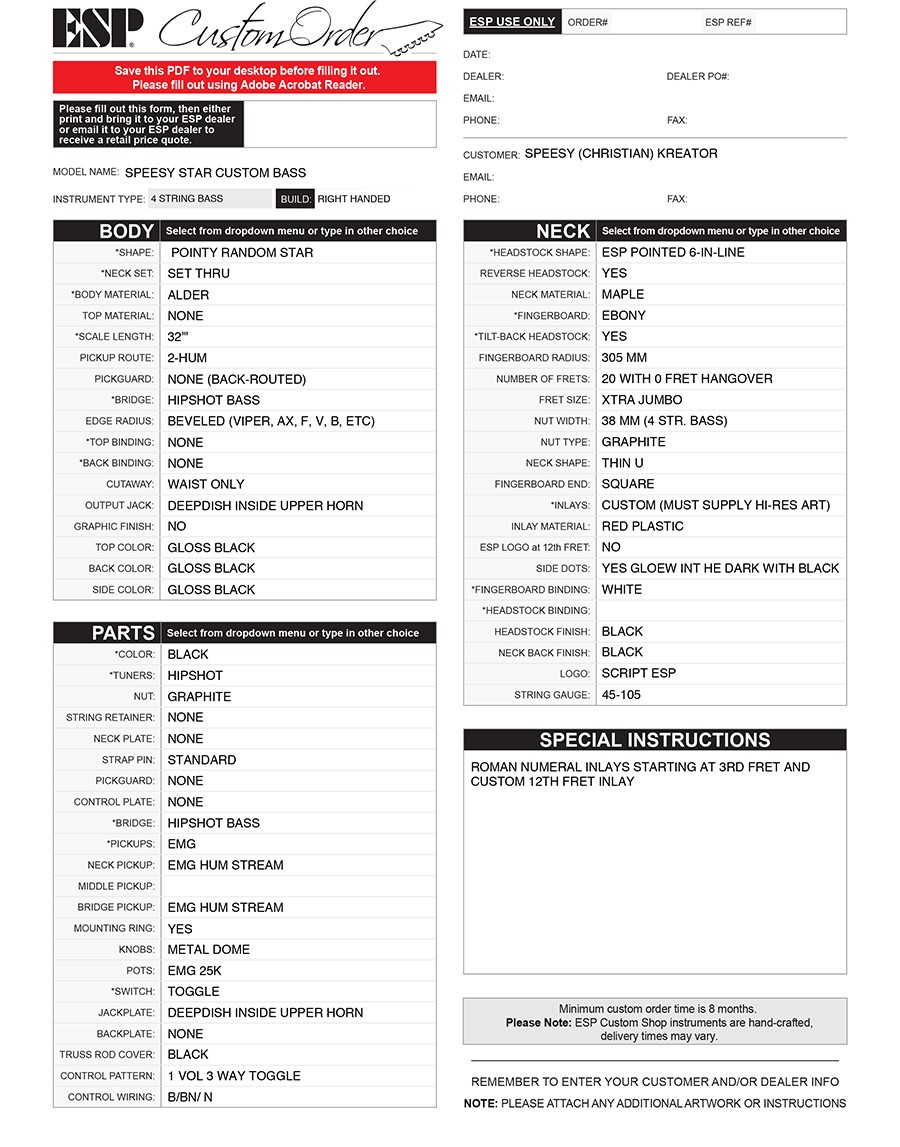 Here's the actual ESP Custom Shop order form that we submitted to our luthiers in Japan for Speesy's new bass. As you can see, every detail of the instrument, from the shape to the components to the control set to special inlays and custom artwork can be specified when someone decides to build the instrument of their dreams.

What’s the most important aspect of a bass?
It’s how it plays for me. The first thing I ask is, “Does it feel right?” And then the sound, for sure.

You’re on tour and playing festivals often with Kreator. Do your basses hold up reliably on the road?
They are really great. They’re really stable. I’m not playing around with the bass; I use them really hard every night. It doesn’t matter. On our last tour, we started in Arizona, then went through California all the way up into Canada. It was -22 degrees, but the bass was fine. Really stables. When we got back to Florida, it was still in amazing condition.

It makes life way easier when you have a bass like that. It just stays like it is.

Is there something in particular that makes ESP basses great for thrash metal?
I think it’s just the sound, which is great for me. In the studio, I was using the Frank Bello signature bass with the EMGx pickups. I was using that on the last Kreator album. It’s like a P bass but with a jazz pickup inside.

A lot of metal bass players use a pick, but you’re known for being able to keep up with high tempos using your fingers. Why not use a pick?
For me, it feels more natural. When I started playing with fingers, I used just two fingers like everyone. A friend of mine in Germany was a flamenco player, and he said I should use three fingers. Sometimes, my fingers aren’t fast enough for this kind of music!

Like most things, in the beginning it was a challenge, but playing fast with my fingers is now like breathing or walking. I don’t need to think about it anymore.

You’ve been in Kreator for 24 years now. Is there something you do that keeps you fresh and interested in the band and the thrash genre?
It’s like, I just still love it. I love playing bass. From the beginning, when it was more punk music back in the day, and then with bands like Slayer and Metallica coming out. I think one thing that’s good is that I still listen to bands like The Police and The Who. It’s not just thrash metal.

Thank you for all this informations.