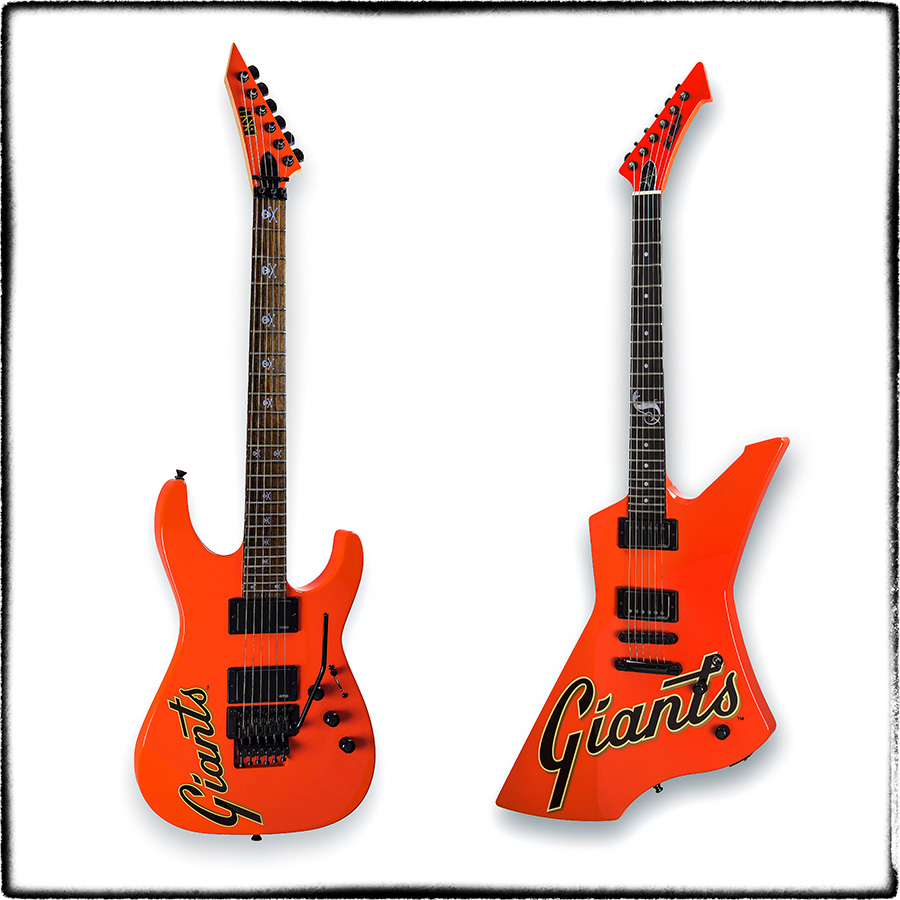 This coming Friday (May 6, 2016), it's the fourth annual "Metallica Night" with the San Francisco Giants of Major League Baseball. As you're probably aware, Metallica formed in the Bay Area in the early '80s, and have long been supporters of their local teams. The Giants have added a charitable aspect to this special event: they are auctioning the two custom ESP guitars that James Hetfield and Kirk Hammett will be using to perform the National Anthem that evening.

It should go without saying that these two custom guitars are one-of-a-kind versions of James' ESP Snakebyte and Kirk's KH-2 Vintage. As if that wasn't cool enough, all four members of Metallica -- James and Kirk as well as Lars Ulrich and Robert Trujillo -- will sign each of the two guitars, and a special certificate of authenticity will be included from the Giants Community Fund.

Not only are these guitars extraordinarily rare and valuable; they are being auctioned for great causes that include the Giants Community Fund, the Surfrider Foundation, and Amnesty International. Visit the MLB auctions at the links below, and catch "Metallica Night" on Friday when the Giants face off against the Rockies.

Both guitars sold for bugger all.

How the once mighty have fallen...

anyone know who has the white kh-2 with the SF decal ?

So cool to do that. Just wish I had the money to make a bid

Who has the Kirk Hammett white guitar from Metallica night Sf #2 from 2013 ? I think or off any of the other 4 years for kirks ... let me know I’m looking to buy some.