The ESP Original Series are guitars made by hand by our experienced master luthiers who work in the ESP Custom Shop in Tokyo, Japan. Each guitar is made one at a time, with a level of detail and craftsmanship that's unsurpassed in the musical instrument industry. With the ESP Arrow Rusty Iron, you get a guitar that will set you apart from the rest of the world. It has a textured finish that looks like oxidized metal, as if your guitar was an ancient relic sculpted in a different era. But the ESP Arrow is a completely modern machine, with neck-thru-body construction at 25.5" scale, a set of active Seymour Duncan Blackout pickups, and top-tier components like a Floyd Rose Original bridge and Gotoh locking tuners. It offers an alder body, a super-fast three-piece maple neck, and an ebony fingerboard with 24 extra-jumbo frets. Includes a hardshell case. 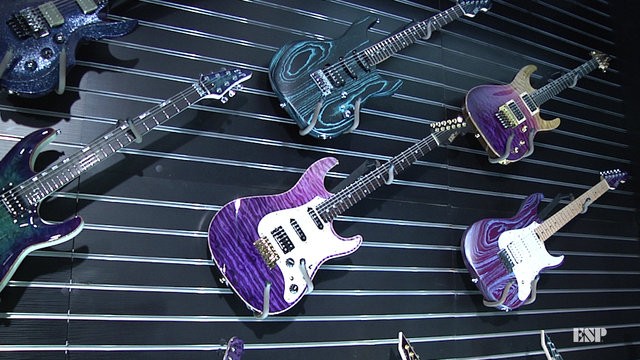 I pre-ordered the ESP Arrow Rusty Iron guitar through Sweetwater (ESP Dealer), with the understanding that it would not be available until October 29, 2020.  However, Carl with Sweetwater called me and said, I don't want you to get your hopes up too high but I see that the guitar that you pre-ordered should be coming into our inventory very soon! I was very excited! A week or so later Carl, of Sweetwater, called me again and said that Sweetwater did in fact have the ESP Arrow Rusty Iron Guitar in their new warehouse. Carl asked me if I still wanted the guitar. I said, absolutely!!! Sweetwater shipped me the guitar UPS NEXT DAY, at no charge to me (for shipping costs), and I had my new guitar within 24 hours! It is everything that I imagined it would be! It is handcrafted by master luthier(s) in one of ESP's Custom Shops. It is my favorite guitar to date and I applaud ESP Guitars for producing a guitar of such quality and master craftsmanship! This guitar is perfect in every way, in my opinion.  Thank you ESP, Sweetwater, and Carl for the master craftsmanship and customer service in getting me this guitar earlier than I had ever expected. I am a very satisfied customer.  Sent with gratitude...DougieFresh.

Glad you're enjoying your new ESP!  Though neither myself nor sweetwater's Carl had anything to do with the craftsmanship of this instrument, you can thank the luthiers in Japan for that.  Happy you had a good experience though!

I acknowledge and applaud the master luthiers of Japan, their craftsmanship is exceptional!

This is a genuine question, but is it actual rusted iron or like some sort of glossy finish? Will I get tetanus?

Hi Yabbie, This finish is called "rusty iron" because of the way it looks. It is made using paints, no rust, no iron. You will not get tetanus!