How to Get the most of the Tone Knob

How to Get the most of the Tone Knob

Many years ago when I was just a beginner guitarist, I really didn’t have a clue what potential had been put into a small electric guitar control kit. Those knobs and switches didn’t allegedly exist for me. Far later when I plunged into studying of mixing and ways of sound color forming techniques, a stroke of inspiration came over me. And now I’d like to share my observations. I really hope they’ll help a lot of you to find “your” sound much easier!

So, except a volume knob, the electric guitar traditionally has a tone controller.  Basically, it’s the simplest equalizer – tilt EQ if to be more precisely. There’s no equalization in the mid-position (the knob is in position 5). While turning the knob to the max (up to position 10), the enhancement of an upper part of the guitar spectrum happens. By turning the knob in the opposite direction, you’ll get the reverse effect – you’ll reduce highs and get a lot duller sound.

So, this seemingly simple tuning can sometimes be critical, for instance, when you build up the sound of distorted guitars. For solos, I’d strongly recommend you to hold the tone knob in the mid-position at least, and when you perform very high parts, you should turn it even to position 0. The matter is that the tone of an electric guitar at the pre-amp output depends on the tone of an incoming signal very much. When you make a clean signal much duller, you’ll avoid a sharp and screaming sound of your solo a lot easier. Make this simple adjustment and work of the engineer who performs online mixing and mastering services for you will get a whole lot easier. And what's more important eventually you will have way better result!

When you perform a rhythm part with 4th and 5th, you’d also better take a mid-position of the tone knob as a starting point of the search for “right” sound and possibly turn in the direction of reduction for much fatter sound.

Exactly then when you play clean, the tone knob can afford total freedom. It’s impossible to describe all options as everything depends on your imagination and on the place of the guitar in the final arrangement. Nevertheless…

There’s a well-known trick with turning of the tone to zero position for jazz sound of a clean guitar. Even if such radical tuning isn’t your choice, some reduction of guitar highs will definitely give some grace and depth to your clean solo.

For rhythm parts, everything can be just on the contrary. If the arrangement is already dense, and you only need to add some motion  with strumming – the high end enhancement (the position of the tone knob is from 5 and more) is just that what won’t allow the guitar to get lost in other instruments.

Remember a pickup selector switch as well! It and the tone knob are the most powerful tools in the hands of a guitarist who knows what to expect from the sound.

This article is very informative and explaining. Apply for machining jobs. It helped me a lot being creative with tone knobs.

Thanks for this impressive article if you were the windows 10 user then from our website get learn that how to change computer name in windows 10 operating system in few steps without facing any trouble. 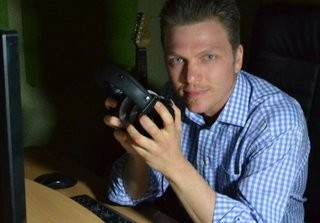