Here is my ESP Mirage Deluxe with the Jackson Lawsuit reverse headstock, which I bought in 2009 from an eBay Seller called meestursparkle from Japan. It has the original Sinclair ESP Trem, ESP tuners and it came with a non F Spaced Duncan Distorsion HB, which I later replaced with an SD George Lynch Screamin' Demon. I don't know what make the single coil is.

I'm not sure if it was made in USA or Japan. I looked through the old catalogues from 1987 - 1990 and it could be from the Custom Shop or from the New York Series, but I've not seen anything with the reverse headstock. Any information on this would be great. I look forward to your comments. 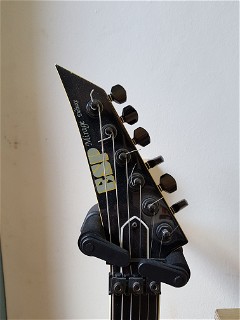 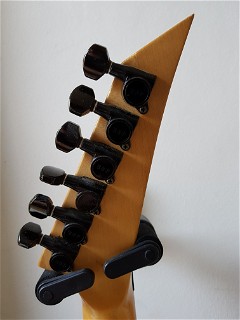 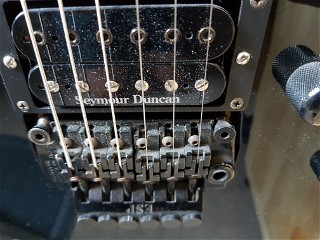 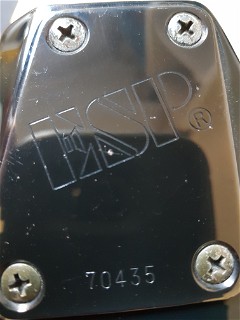 Wow, This is nice. Is this still available at ebay?

I bought it from eBay in 2008. I'm not planning on selling this one. It was my first pro guitar. I just took it out of storage recently to blow out the cobwebs. It's a great guitar to play. Though I'm not that keen on the Sinclair trem much.

do you know any other store who sell this guitar?

To the best of my knowledge this is a late 80s early 90s Mirage Deluxe. I've not seen any other with this set up. I doubt very much if you could find one in a store. You'll have to look for a second hand one like I did. Or pay a small fortune to the ESP Custom shop