Just got this in the more rare 1st year 1997 LTD model with 2 dot inlay on the 12th & made in Japan with mahogany body.One source says only 300 made in 97.This guitar is beyond awesome! It has a Black Winter Duncan in the bridge & S.D. Jazz in the neck.The real McCoy MX is pricey and I could imagine tons better but how much better?I love this guitar so much I now want the MX.Any played or have owned both versions? 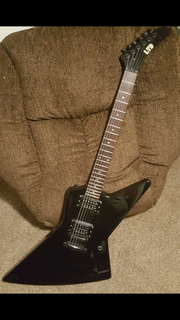 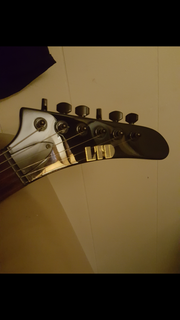 I've owned both, including a short period where I had both at the same time. Better is a subjective term. The MX is a nicer guitar, but for the additional price, it should be. You can feel it in the details; the finish, the frets, the neck. Is it worth the extra cash? It's something you'd have to decide for yourself.

Thanks Pushead it's all the eye of the beholder I see.If someone has a MX in black you might sell shoot me a message They only overlapped for about a month or so after the MX came in and before the EXP sold.

I love how mine has the dots on the 12th & made in Japan w mahogany body.I was reading does the MX 220 with less pointy body only come in a rosewood board?There is not tons of info of these models online.I want one with ebony board 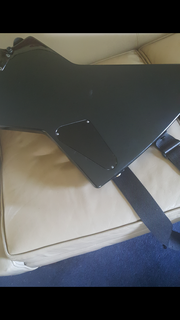 My 97 has the same shaped back cavity compartment as the MX,I'm loving this guitar more & more.I bought it off ebay from Japan.Took over a week to get here but well worth it.How much for you're MX 250 Pushead?

If you or anyone you know wants to part with one let me know.Seen where one went for  $3200 off ebay & guitar center end of last yr.Ones on ebay are too high right now.One guy just listed one for $3,600 has several customizations on it.Has a cool 0-100 sticker by the volume.Never seen one like that.Also has chrome bridge & tuners.Looks cool but I want mine black as spades throughout 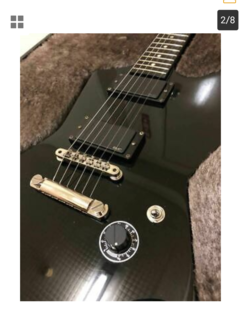 Look at that sticker & bigger volume knob looks awesome.The chrome bar & bridge makes it look so different & switch.He wants $3,800 its a 97 model looking at the serial 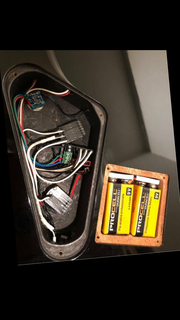 I haven't seen any others like this is this a custom job Pushead? 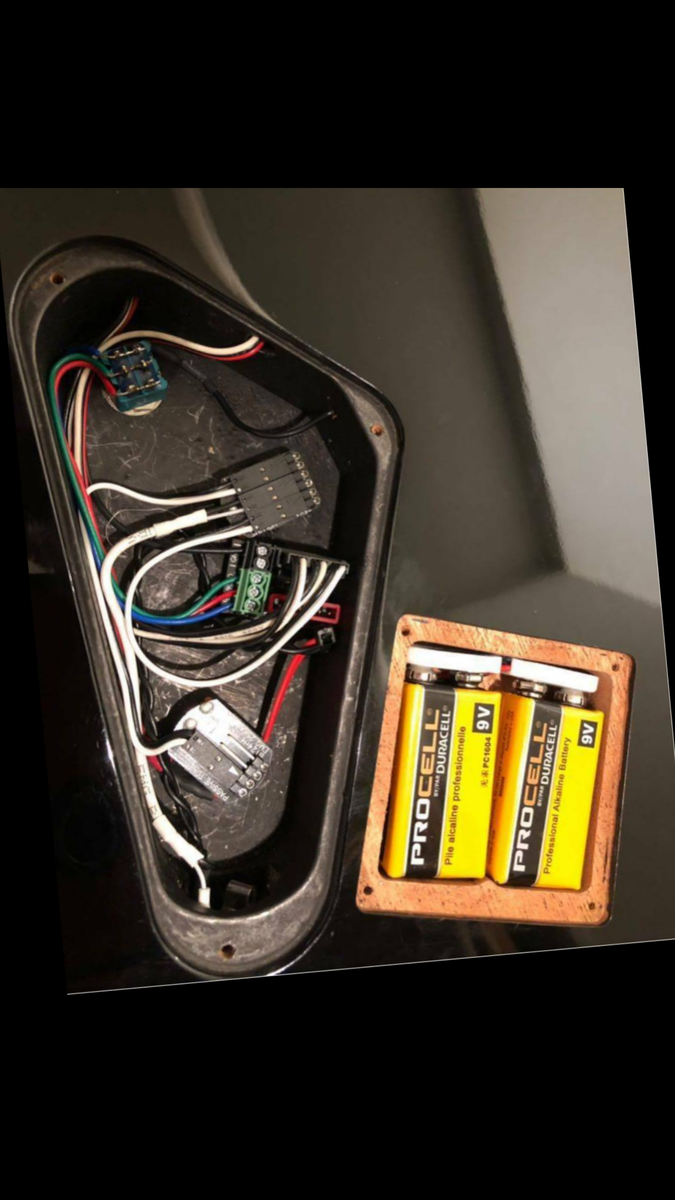 It looks like someone added the route for the 2 batteries after the factory. If it was factory, it would have the shielding paint, just like the control cavity.

They did a nice job....but I would have made it a one banger and simply used the 24 volt mod.

I have an Olympic White EXP 200 from 97’ also. Got it off Ebay afew years ago. It feels and plays amazing. Got a Les Paul acouple weeks ago and the Exp feels heavier. Didn’t realize it was made in Japan til not too long ago happy to own it.

Till what year were they made in Japan? Mine is a 1998 I guess, it has the block LTD inlay on the 12th fret with the small dot inlays.