Hey guys! Need help ID-ing this Edwards ESP superstrat. Have asked around and the best guess is that this is a mid 80s prototype non-production Mirage of some sort, due to its configuration, lack of finish and 1982-1985 weird Mirage styled Strat body.

Owner has no details and also thinks its a prototype escapee, what do you think?

The logo looks real, but I have no other experience with those guitars, especially from that era.

Hey guys, just wondering if this 2006 Eclipse Standard is legit, thanks! 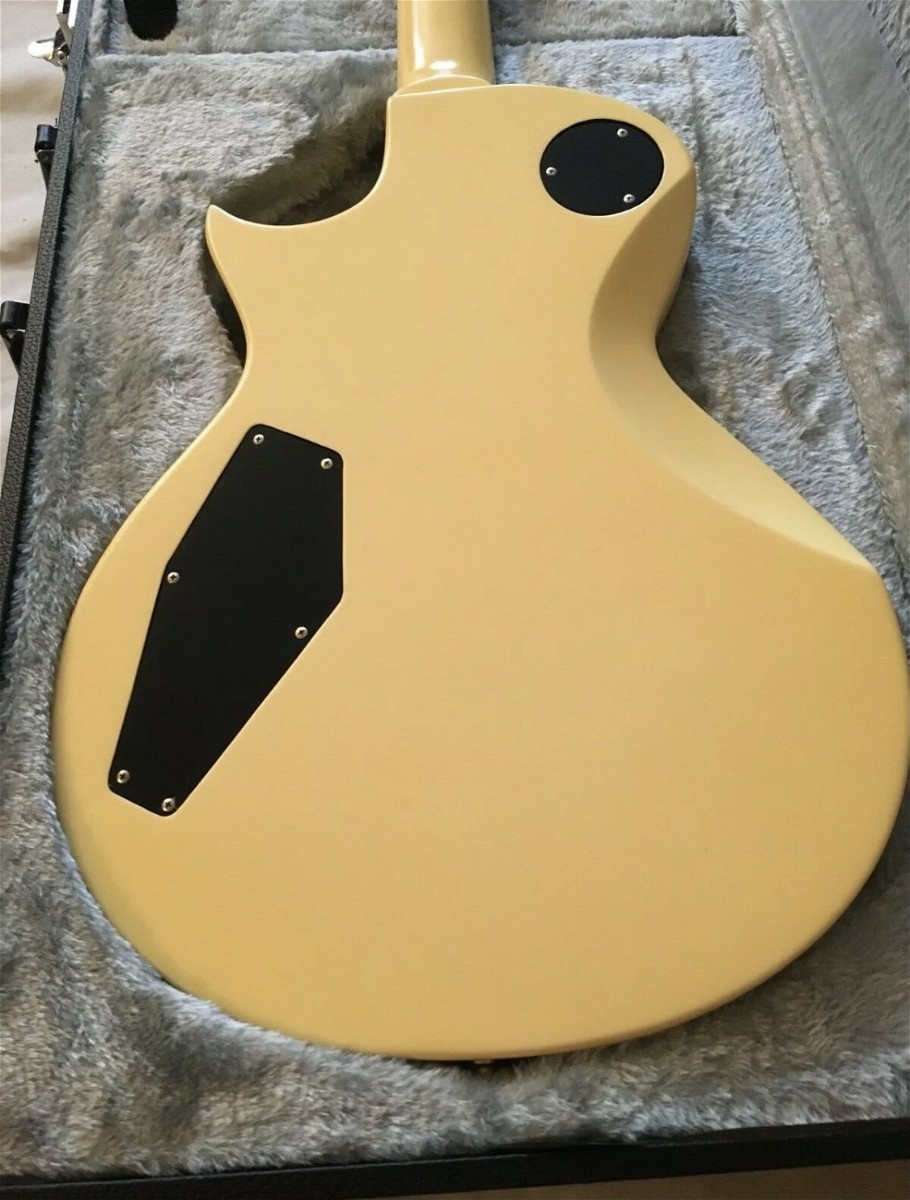 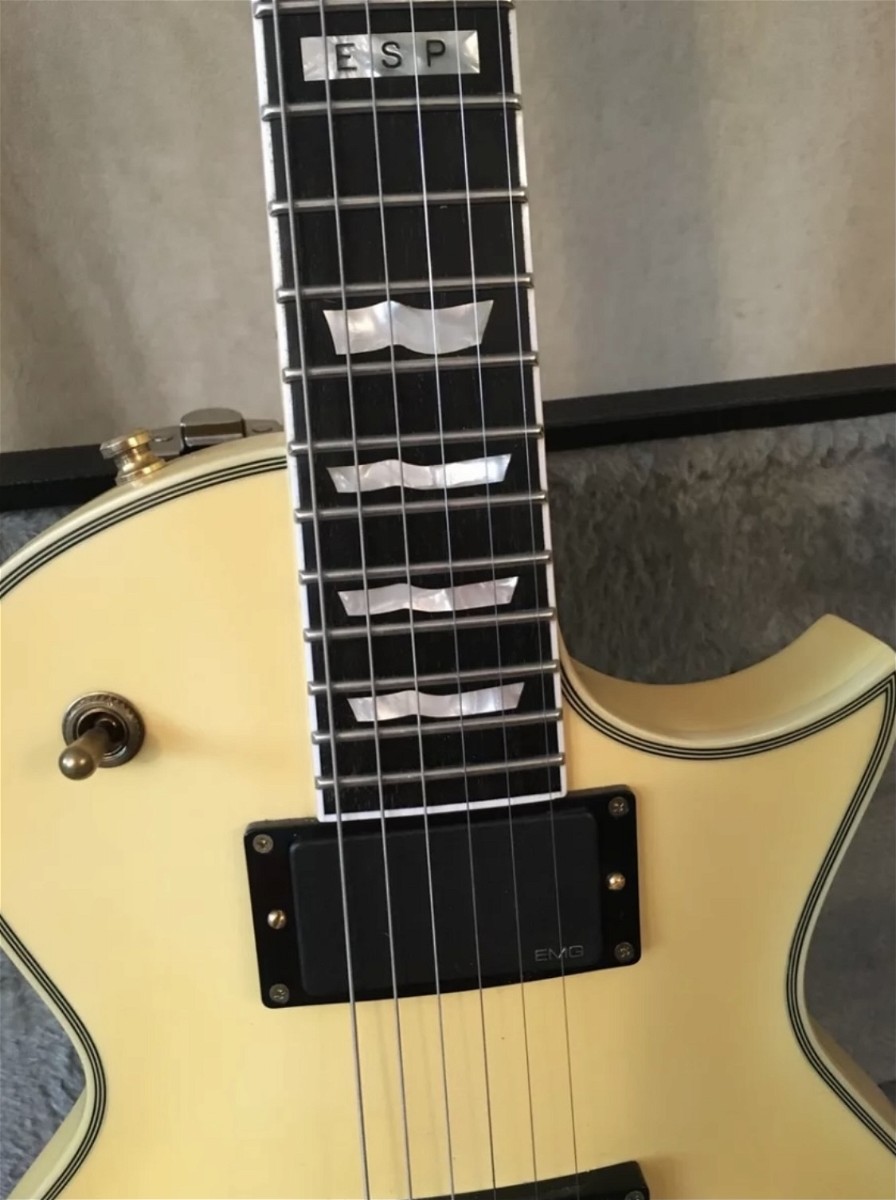 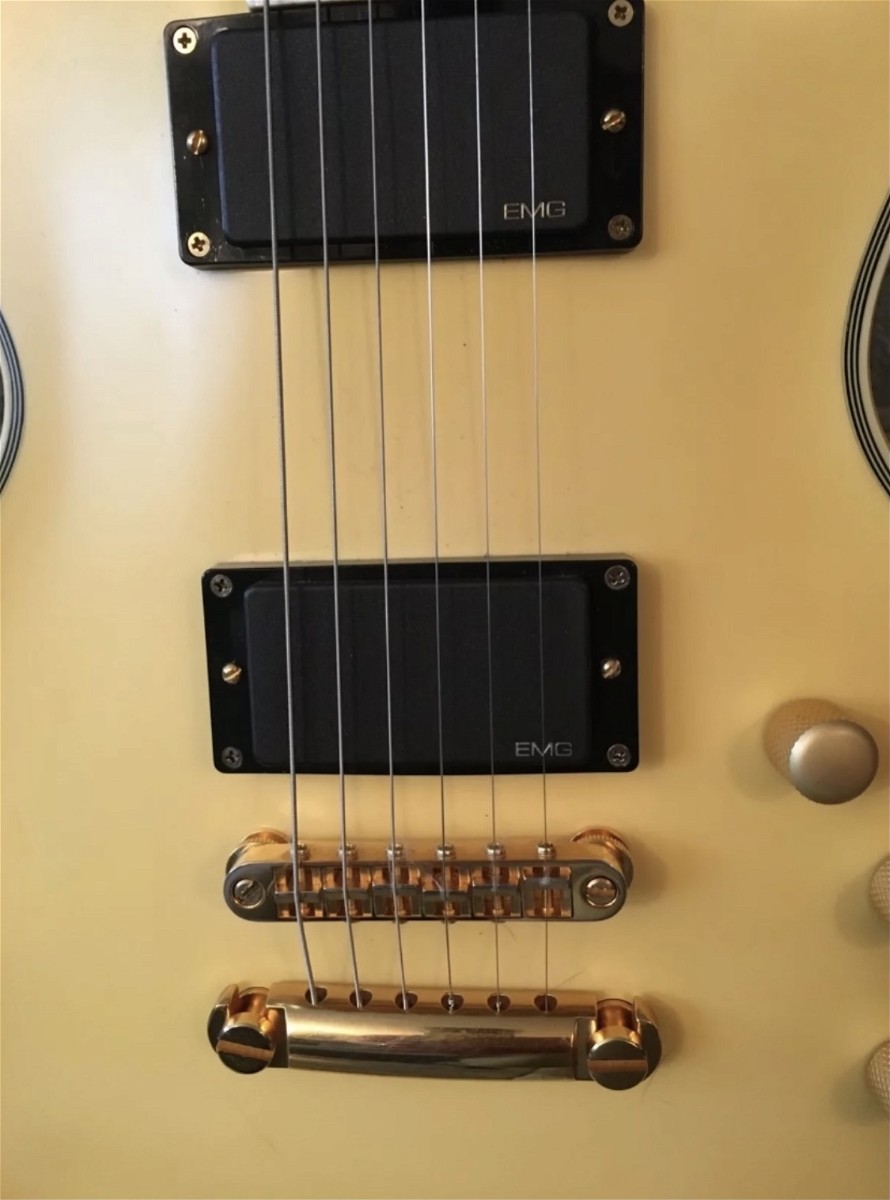 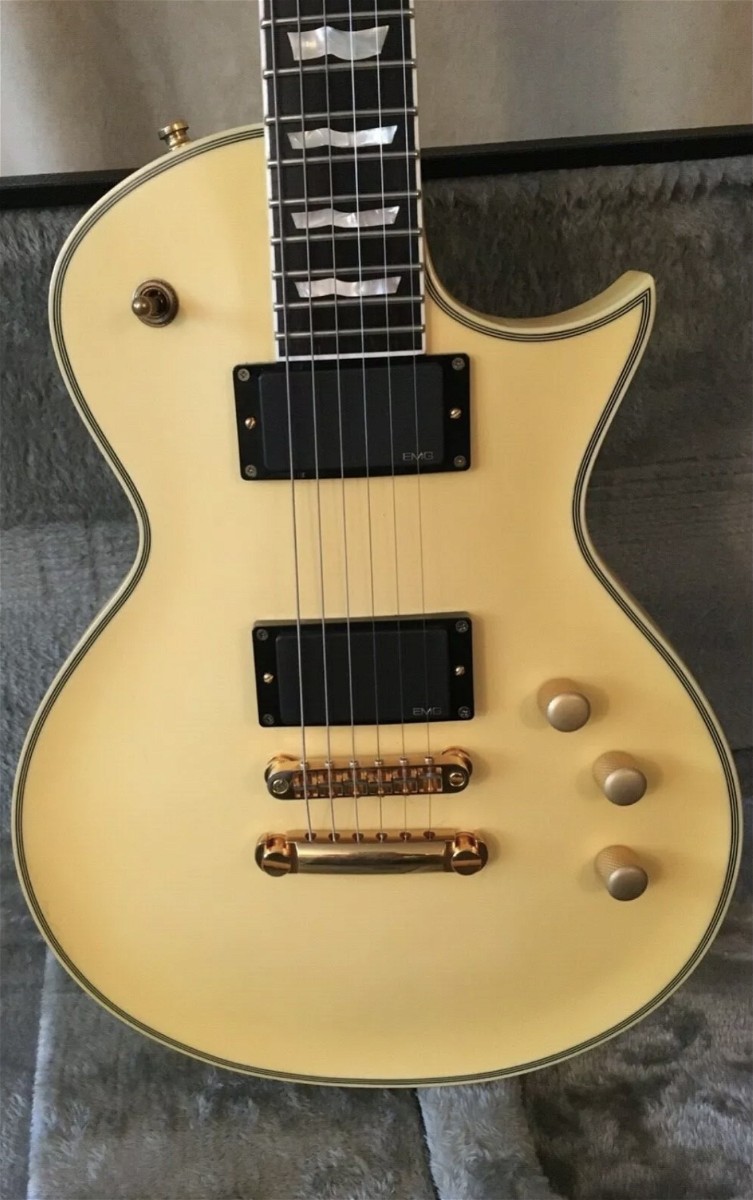 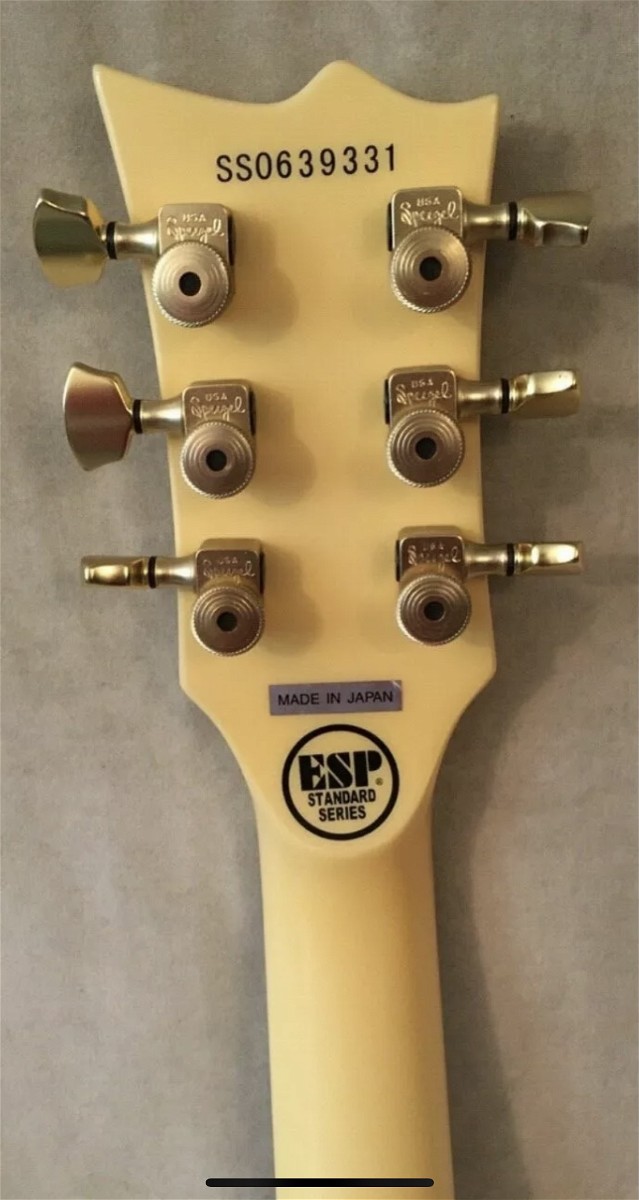 Thank you. Do you know what inlay material esp used at this time? It looks better than the current e-ii line. Is it real mother of pearl?

I don't know the inlay material. What I can share from experience is that the inlays before 2008 are of a less wavy material than what they've used since. Whether it's actually a MOP or a different provider of the pearloid, I don't know.

What does the "s" stand for? I know the date is when the guitar was made. 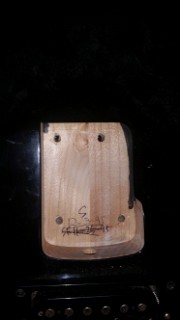 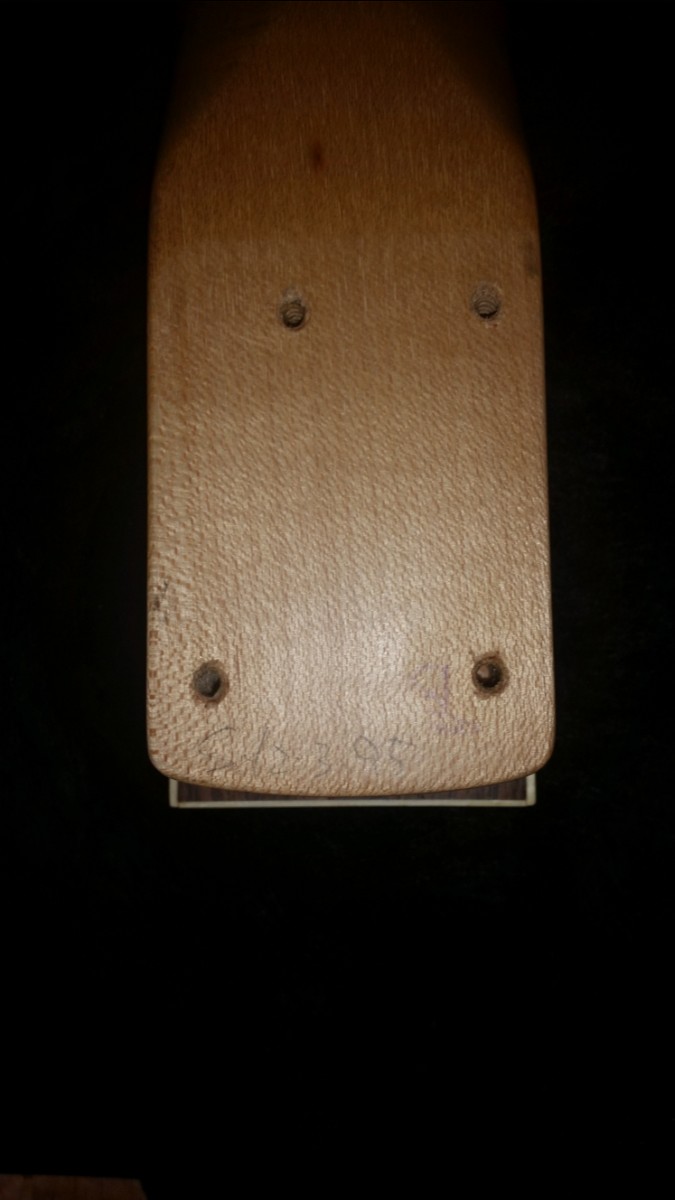 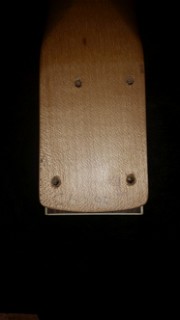 I also had one more question. I see on some of the guitars have a logo on them. Like "standard series" or "custom guitars". What does that mean?

Can you explain better? I don't understand

Bratsvt, I don't know what the S at the neck joint means. The circle logo on the back of headstocks were used for guitars that were exported out of Japan (US, Europe, Australia, etc.) From about 92 until 2006ish they all had ESP Custom Guitars, in the stamp. That logo didn't mean that it was made in the custom shop, it was just a normal branding logo.

hi, just bought this and i'm convinced its fake. Extra pot, odd placing on ltd logo, no emg marking on pick ups! What you thinking? 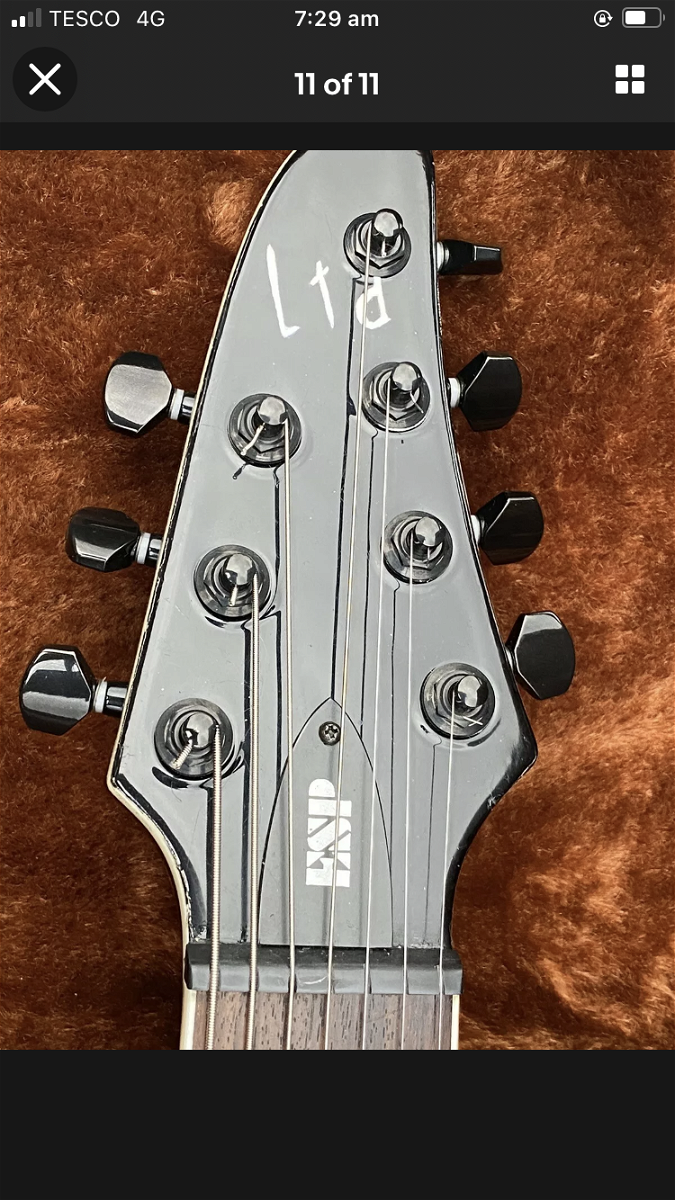 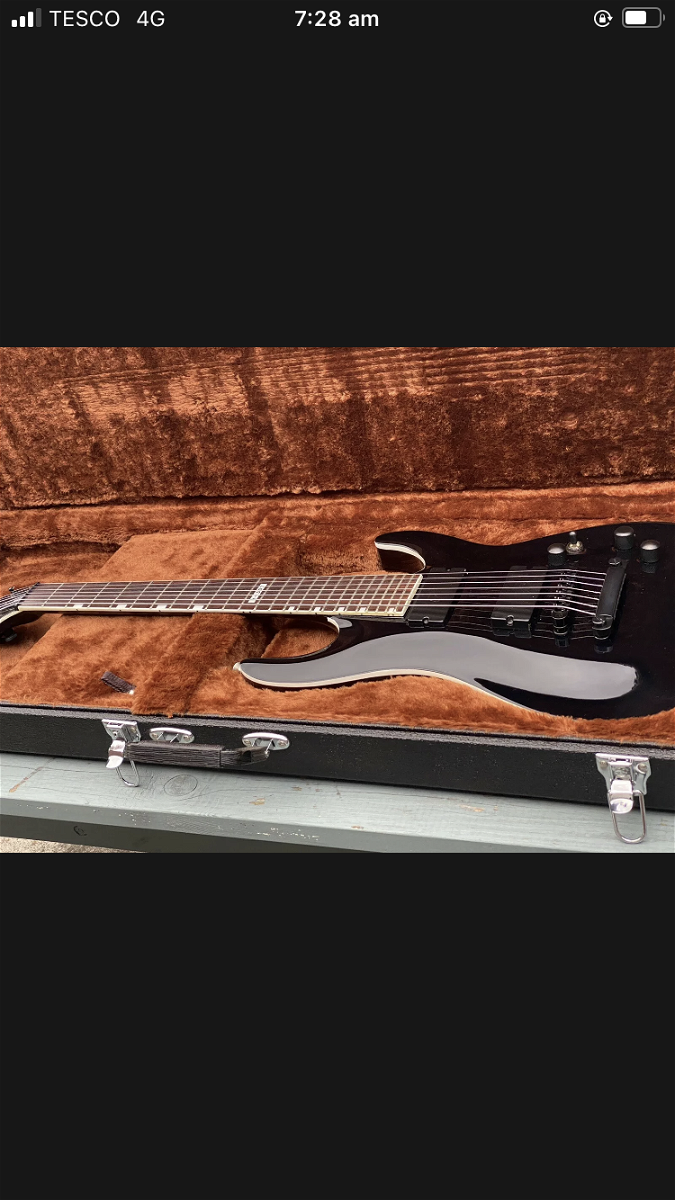 As I said in your other thread, it will be interesting to see what the back of the guitar looks like.

(copied reply from his thread in the LTD section)

Yeah, it looks like the entire guitar has been refinished. I'm not sure what all the refinish is covering, but that rear control cavity isn't stock. This may have been an LTD to start with, but there's been some "customization" with it. Based on the reflections from the back, the finish doesn't appear to have been done well. Black is a hard color to get perfectly smooth, but there's a ton of ripple there.

I dunno man, you'll have to decide how you feel about what you've received vs how much you've paid. It's certainly not a stock LTD or even an LTD with changed hardware. This has had quite a bit done to it.

Hi, I brought this LTD at few years ago, and changed the pickups, strap button and switch cap. Recently I'm trying to sell it, but a member found that the headstock is not right. Can you help me take a look? Thank you. 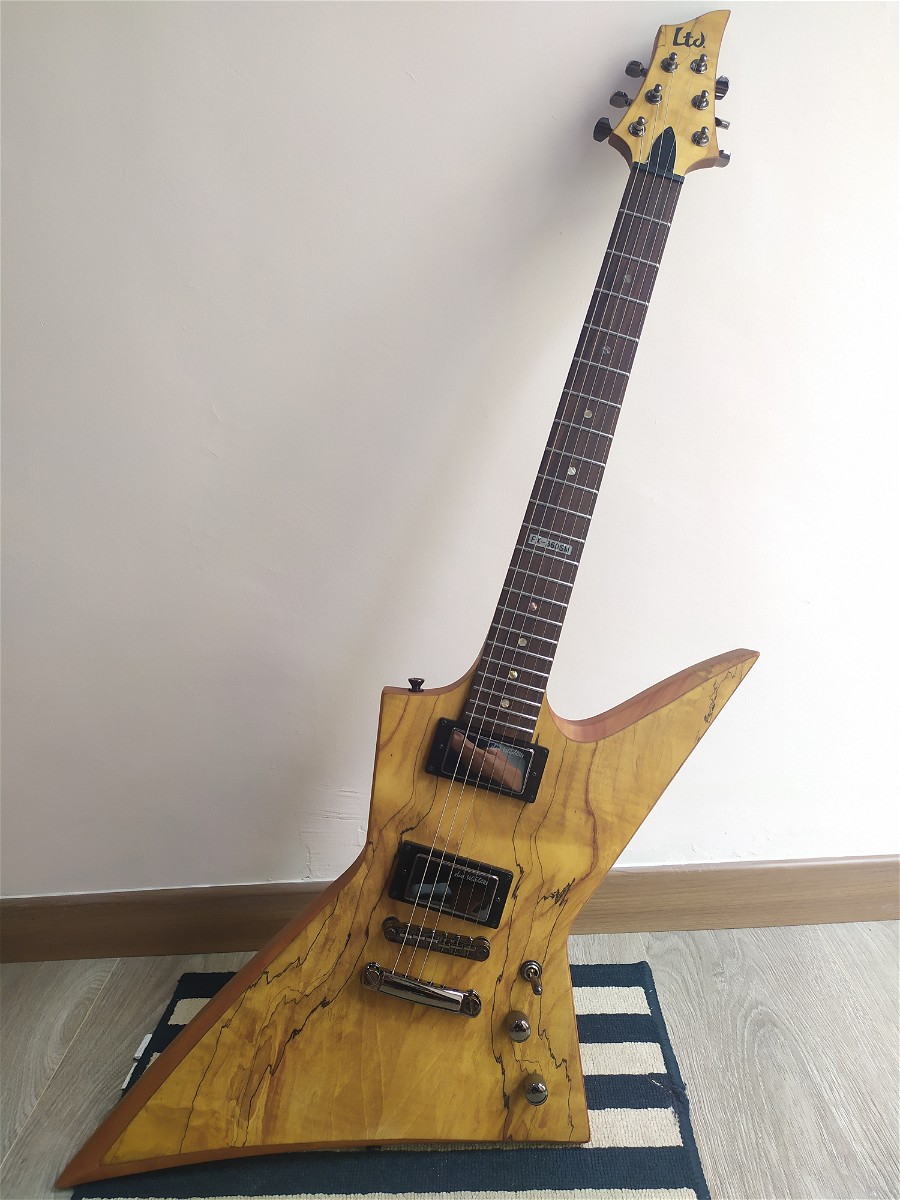 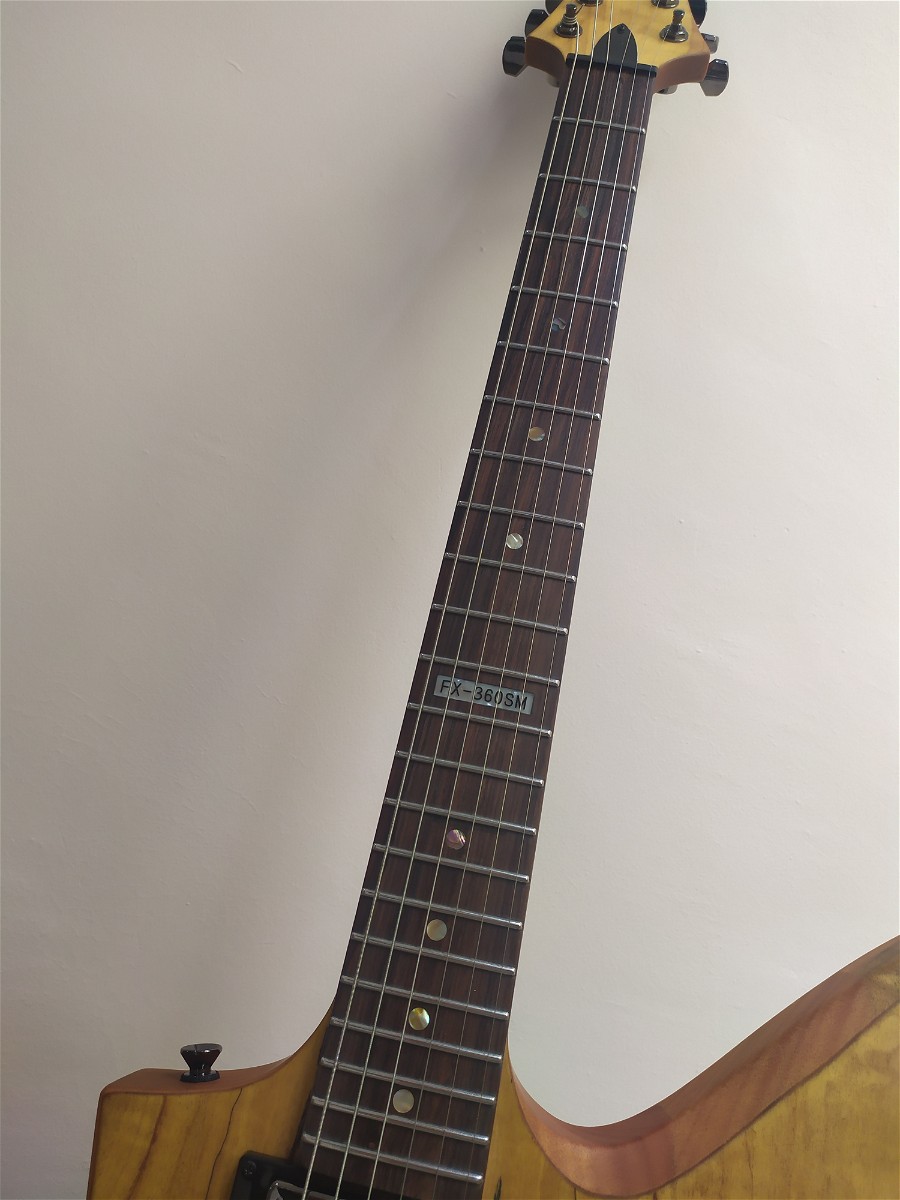 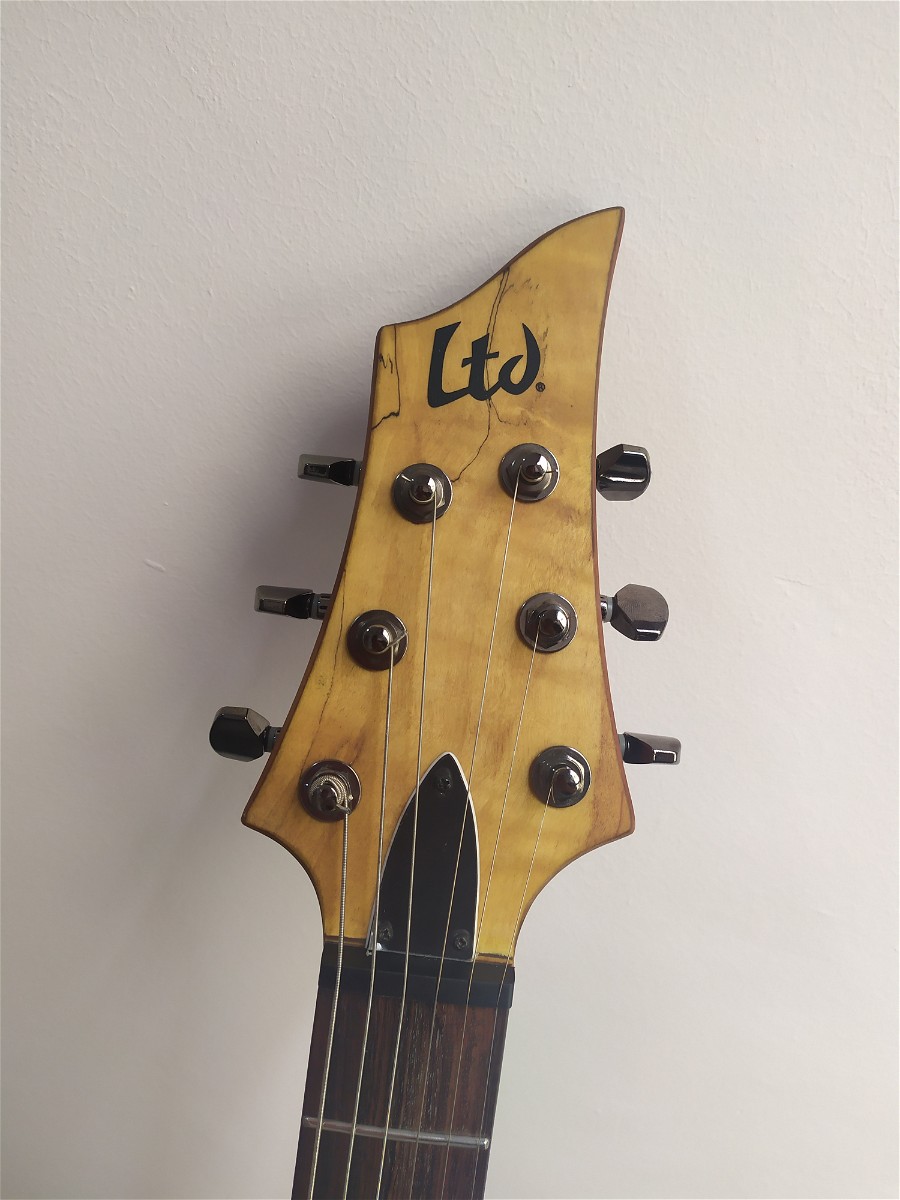 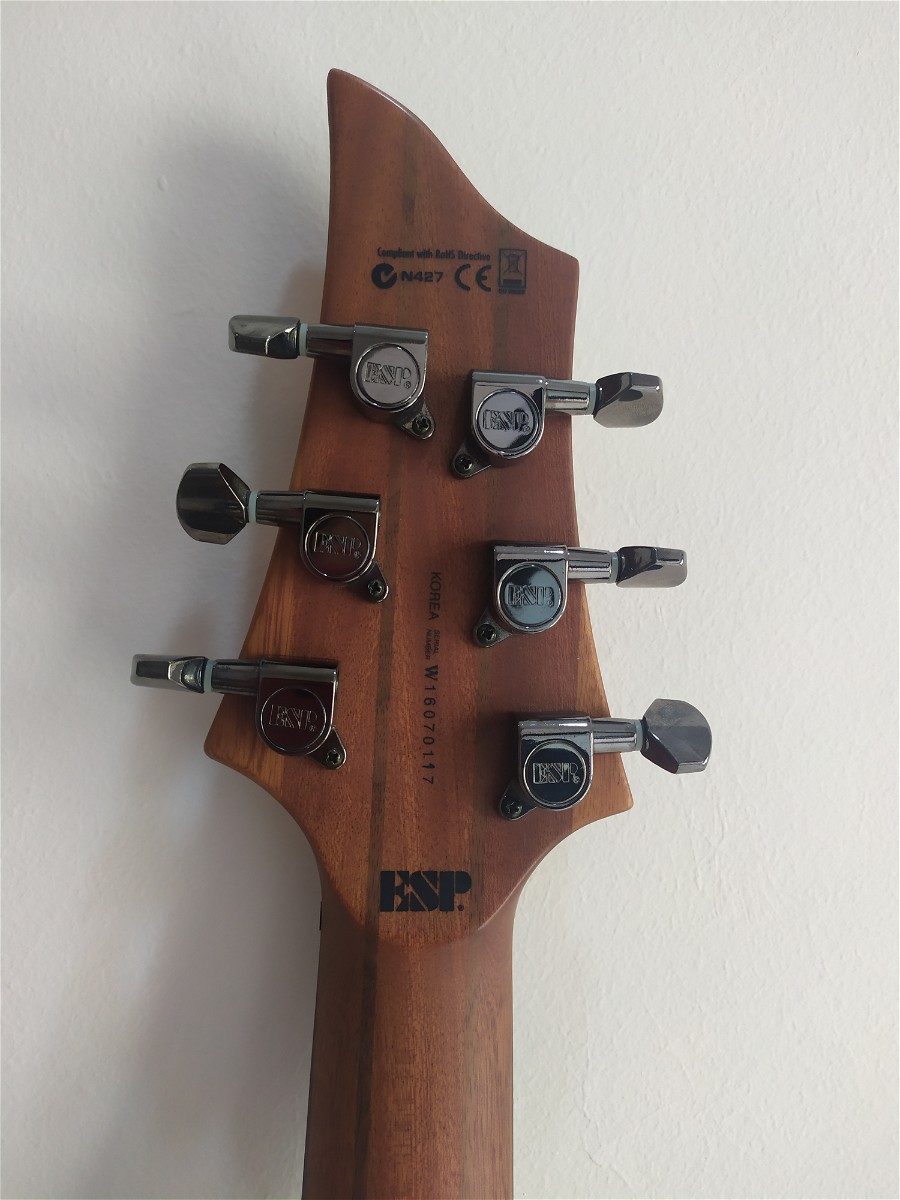 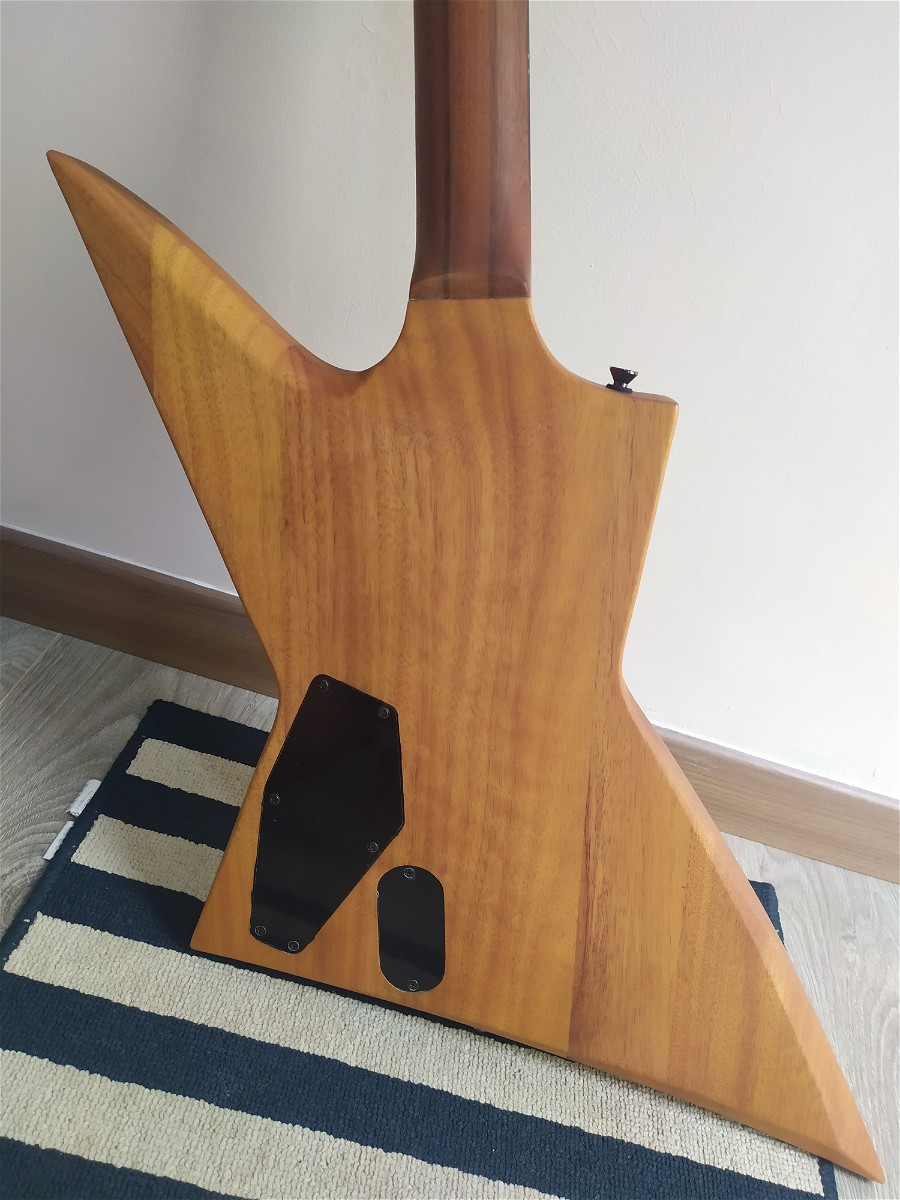 The only thing that seems "off" about the FX-360 is the 3 screw truss-rod cover. I'd guess it's a replacement. Everything else checks out. A 2016 model.

Thank you very much!