Here's one I'm not sure about. The only thing that throws me off is I'm not sure this color was available in 2006, as per the ESP catalog, unless this is what "see thru black cherry" or "amber cherry sunburst" looked like back then. Also, If I look at the pic of the back of the headstock, I think there's two pieces of wood (you can see on the right side), unless that's a shadow or something. I was told ESP standard series uses just a single piece to make up the headstock, is this correct? For all I know its all good. Just curious what you guys think. 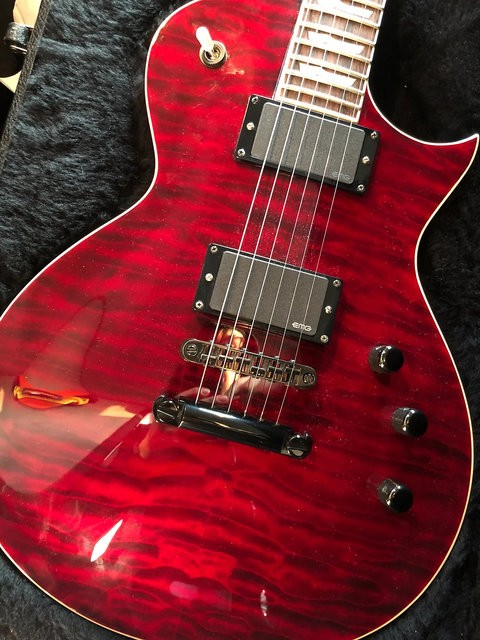 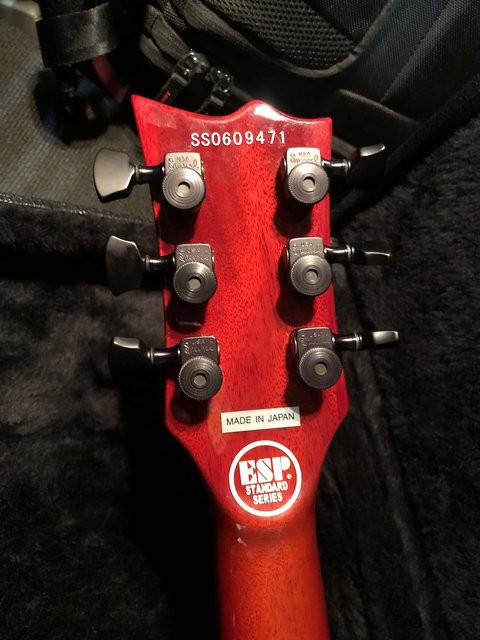 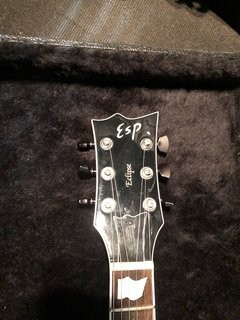 The Eclipse is legit from 2006. This is see-through black cherry. The darker part on the back of the head stock (and the corresponding light spot on the left side of the head stock) are the "wings" that are glued on to the main neck wood to make the head stock wide enough for the tuners. It saves wood. Otherwise you need to start with a neck blank that's as wide as the head stock. It's a very common practice in the industry.

Here's a Gibson from the late 50s doing the same thing.

I was hoping that was the case. It makes sense, just me being paranoid, lol.  Thanks Pushead!

could anyone tell me if this H-300 is legit? got it semi cheap from a local shop. don't know too much about it or ESP in general. serial on the head is U100916 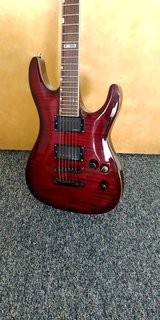 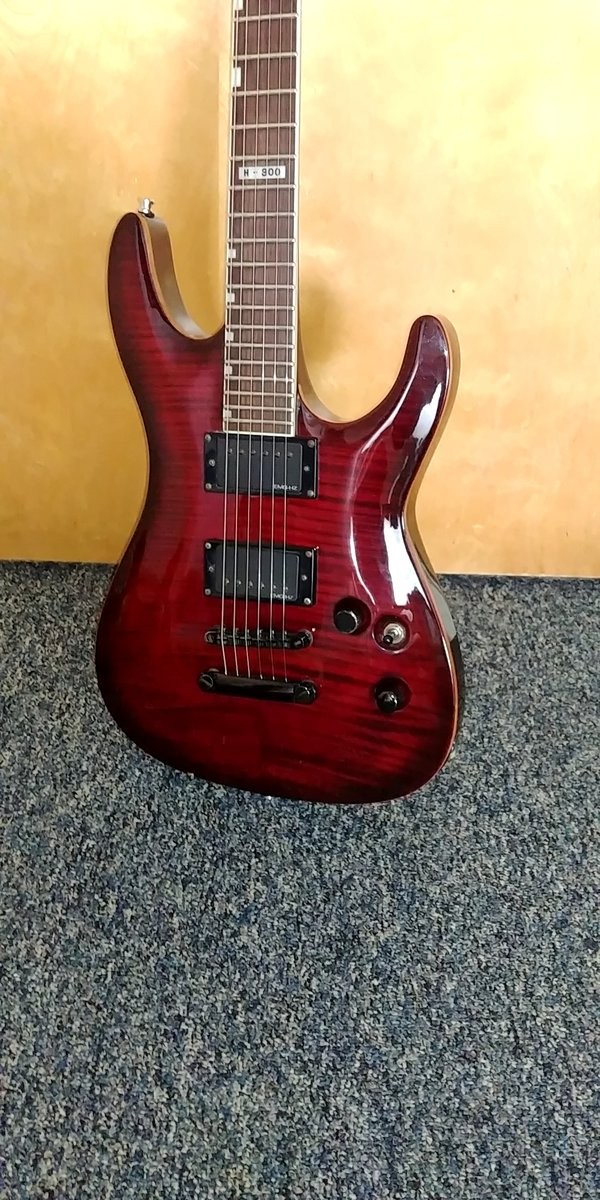 Hard to tell from just one photo, but nothing jumps out as concerning in the pic.

I was initially thrown off because I'm used to seeing these with black hardware, but it seems later models had the black nickle.  In addition, the 'Made in Japan' sticker isn't the normal black with white background, however it does appear to match the old listing that Pro Music Tools has for the urban camo.  Interestingly it also matches a 2013 E-II M-II Zebra's sticker that I found on Reverb.

Did they transition from SS to E-II mid year?   It's strange I'm seeing a few other 2013 models without the new ESP font (which looked more like E-II), like the SV-II, but I've seen pictures of 2013 Eclipse II's with both the script and the new font, with the white sticker and this one.  Very confusing! 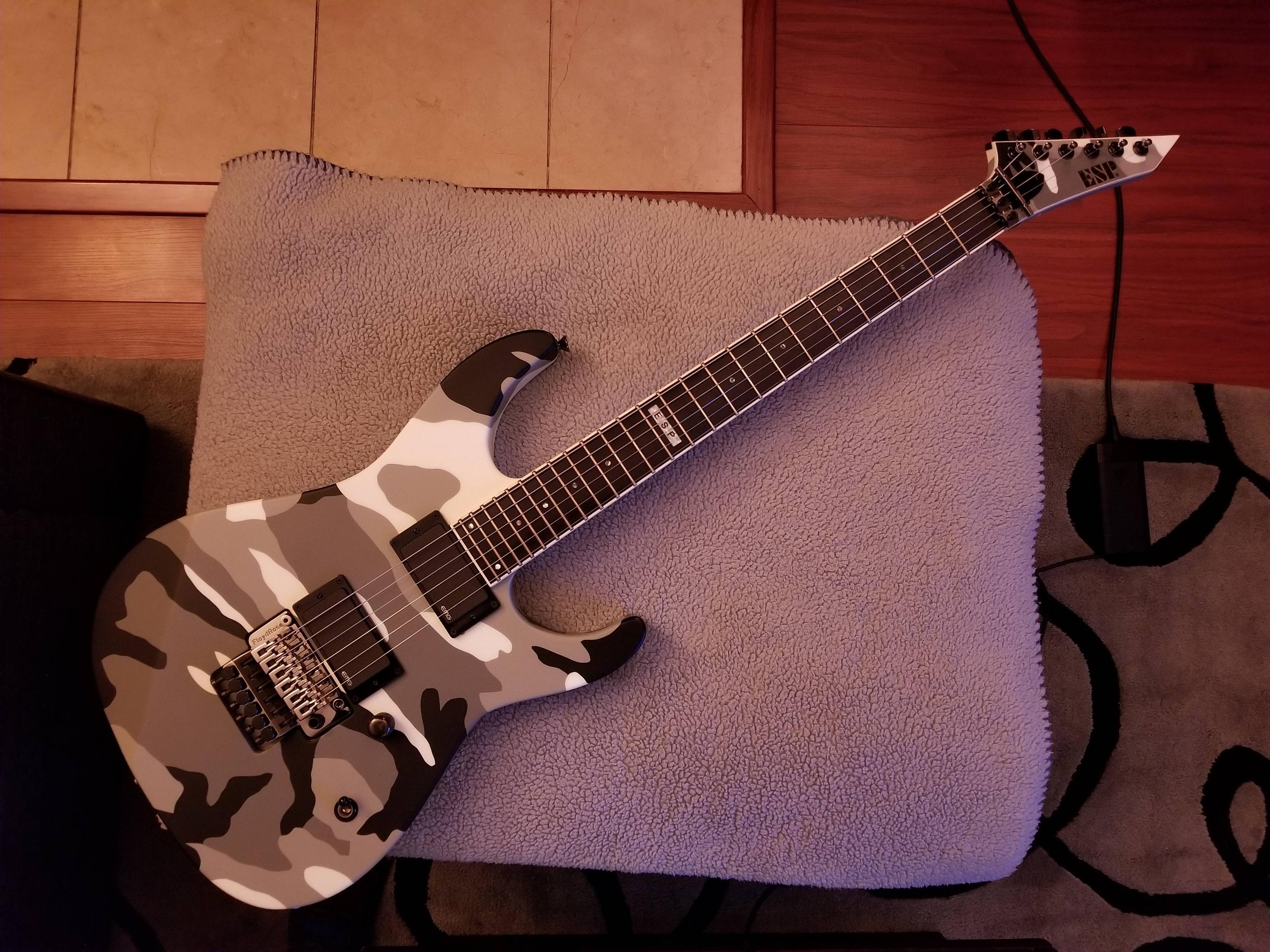 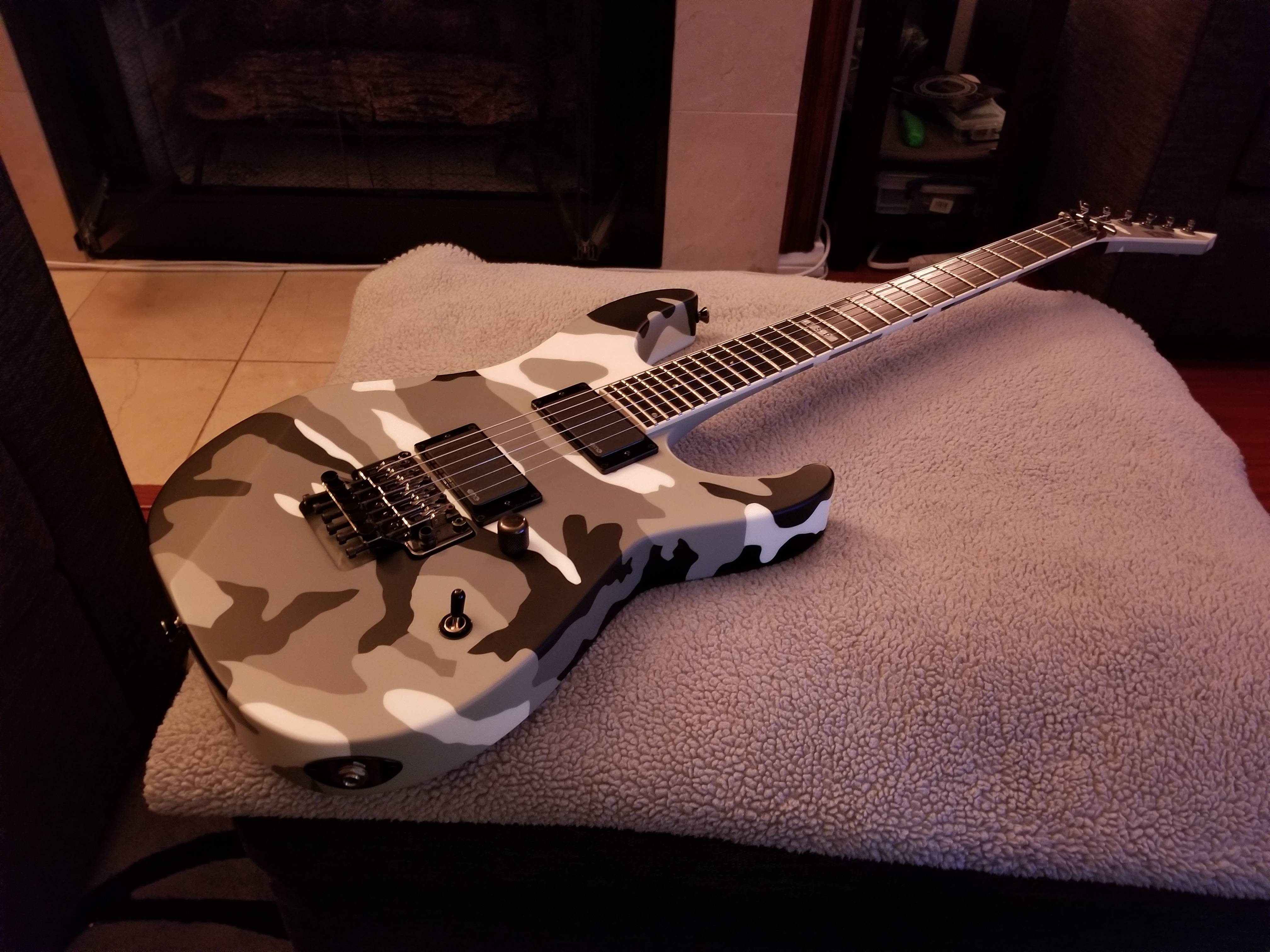 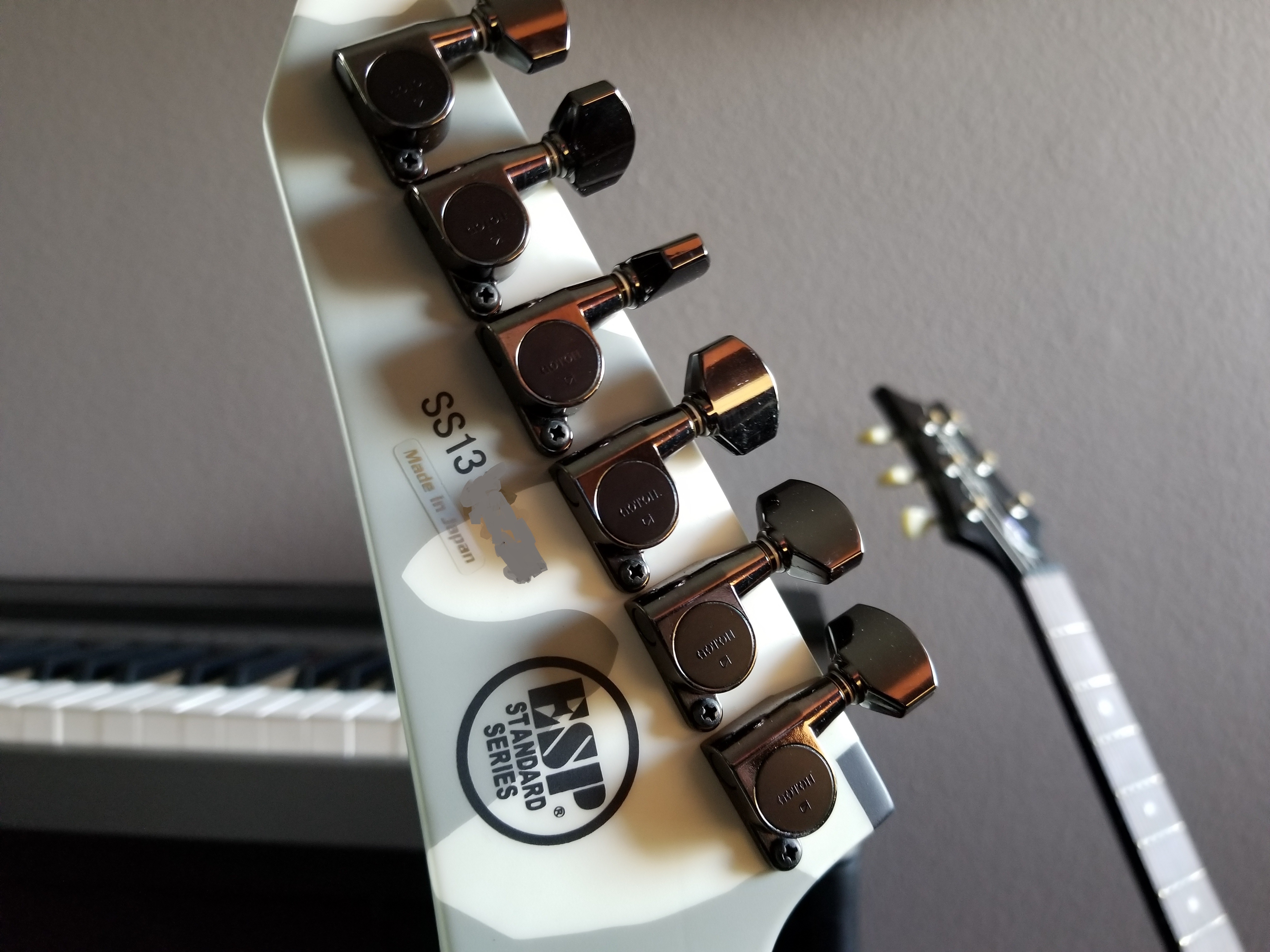 It's legit. It may have been the end of the existing SS guitars at the start of 2013.

An question about this. A guy sells a KH2 with CoA and CoA says this is a neck thru guitar: 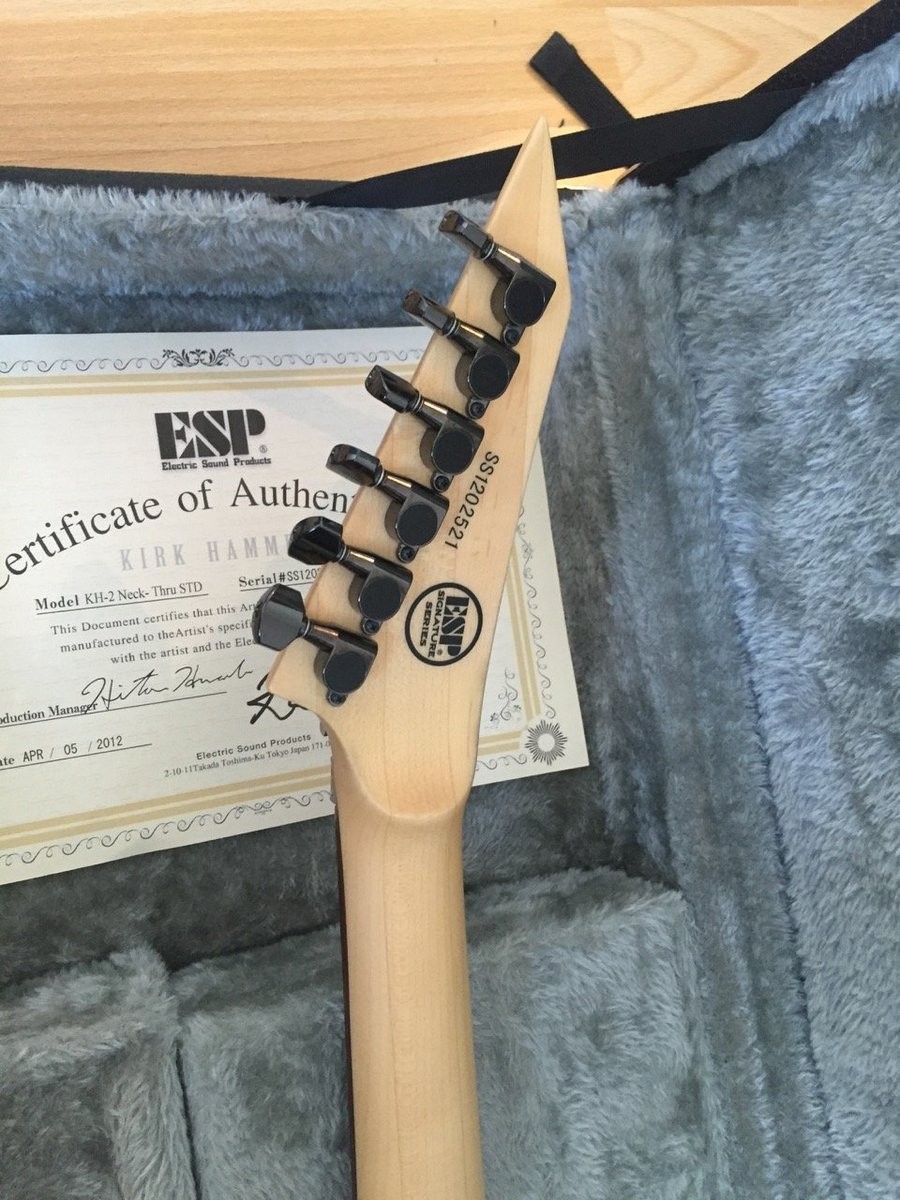 But the guitar is bolted on 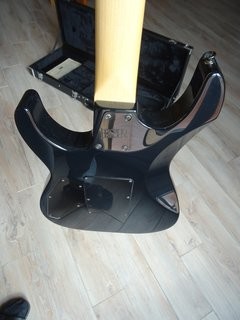 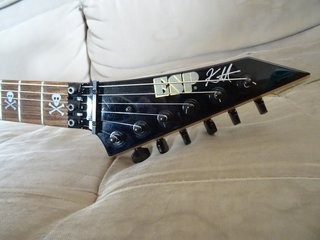 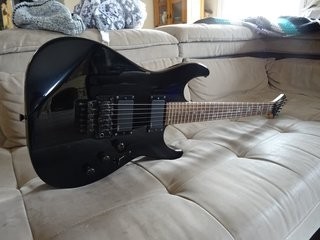 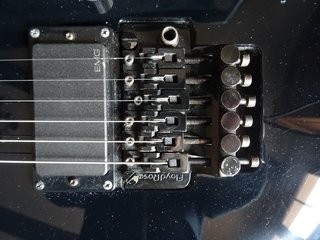 what you guys think this is?

The cases are different as well on both pictures, one with grey and the other black interior

It's a regular KH-2 with the wrong COA. It's a 2012 model according to the serial number. I don't remember if the bolty model came with COAs at that time.

The cases are different as well on both pictures, one with grey and the other black interior

Actually the guy said he messed up picture. He said he sent me pictures of another ESP he wanted to buy. Now he sent this 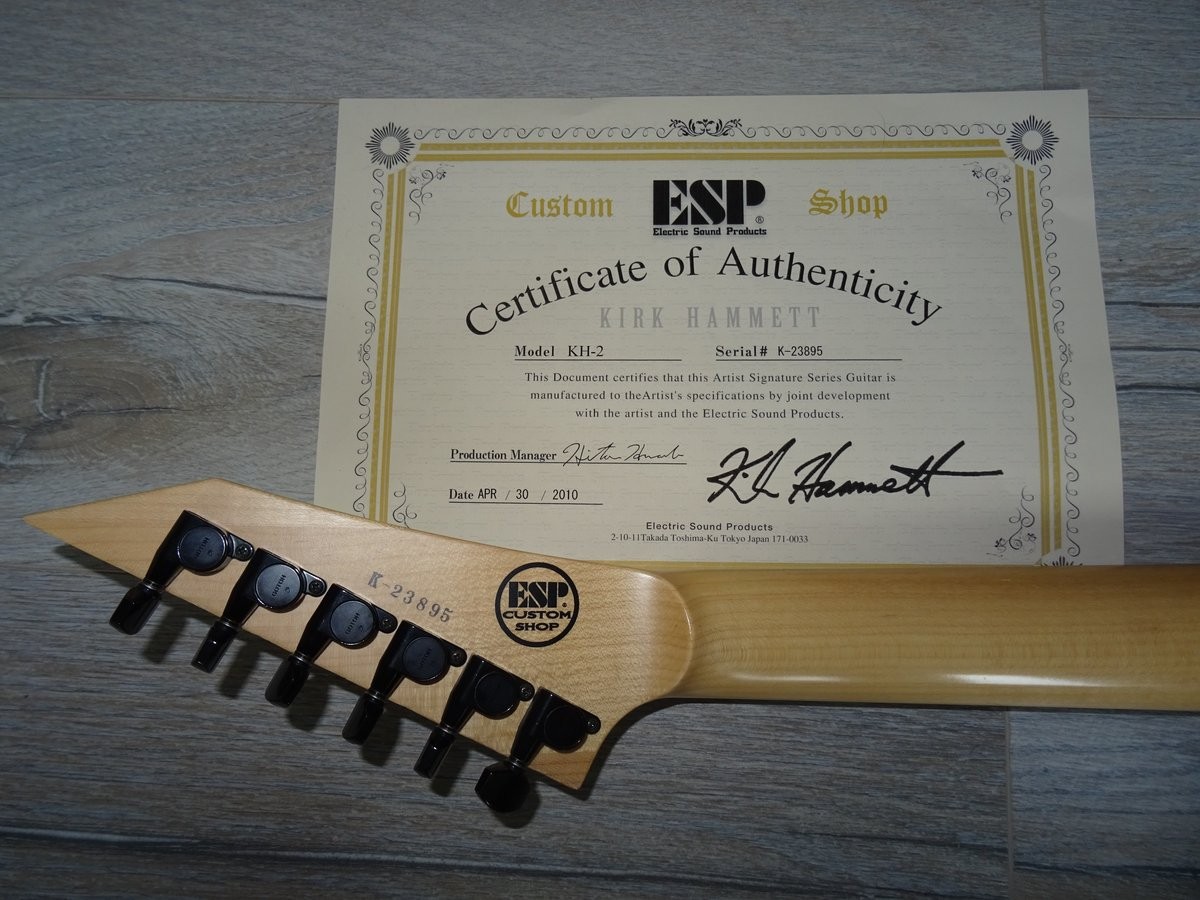 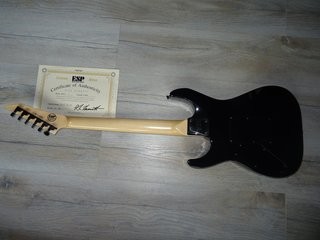 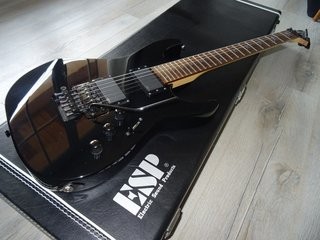 Looks like legit guitar. He alos has the bill/invoice from the shop he bought it and sent me a scan of it.

Still why would he mess up the first pictures it's a bit fishy but I stalked his name afterward and he seems to be some random metallica fan.

So yeah idk I'm tempted because of the lower price but yeah ...

Hi there. Found this locally today and not sure how to go about verifying the legitimacy of this guitar. The owner says it's an LTD KH-602 and that he bought it in 2010/2011. Any help would be greatly appreciated. Thanks Jay. 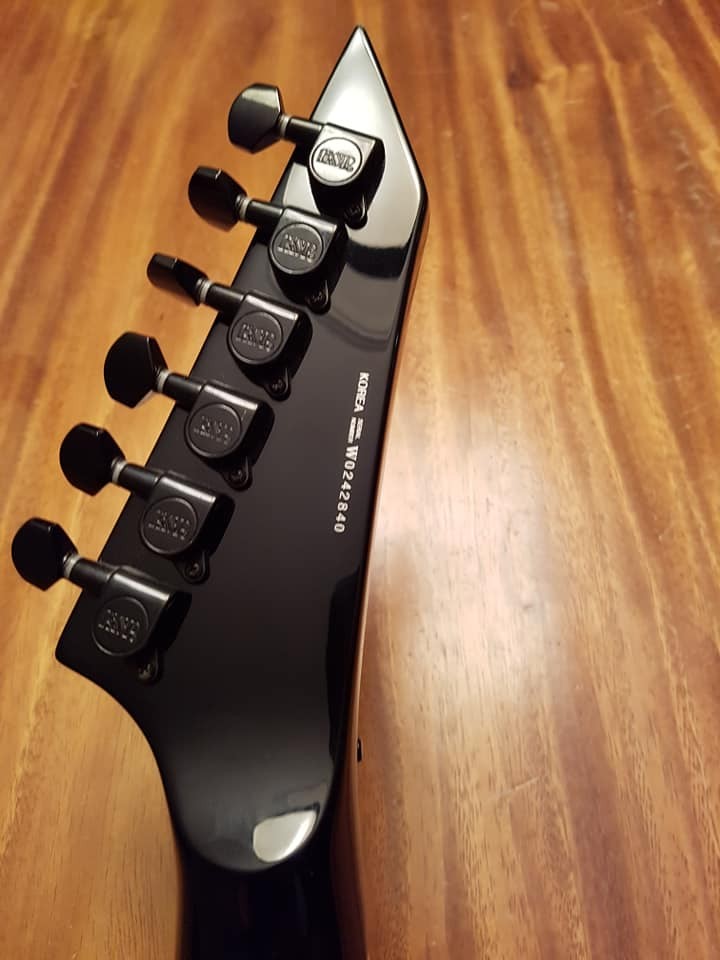 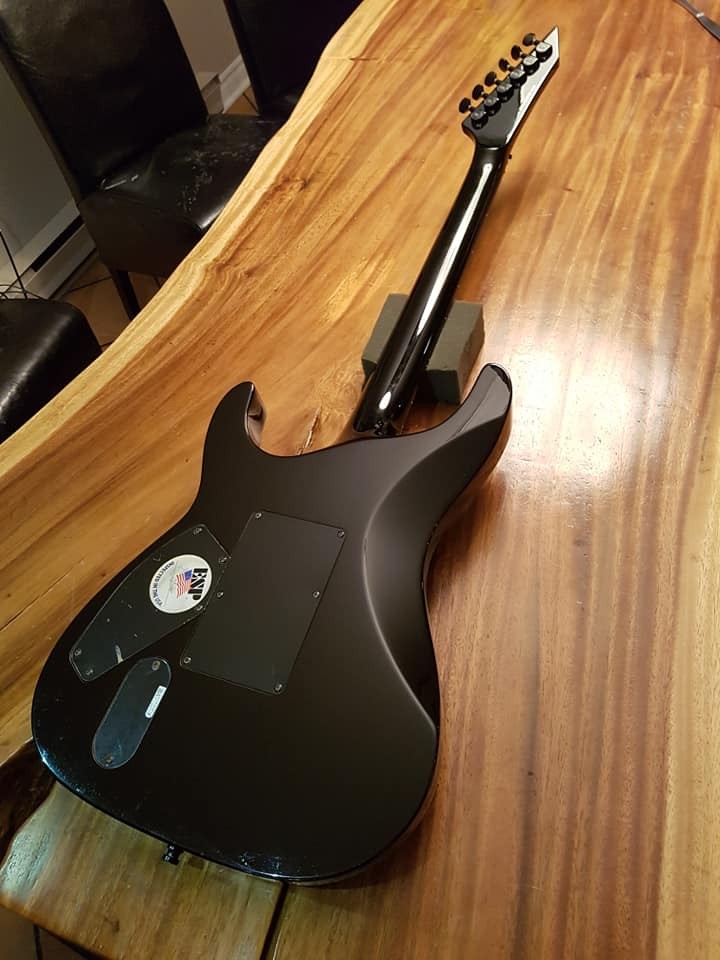 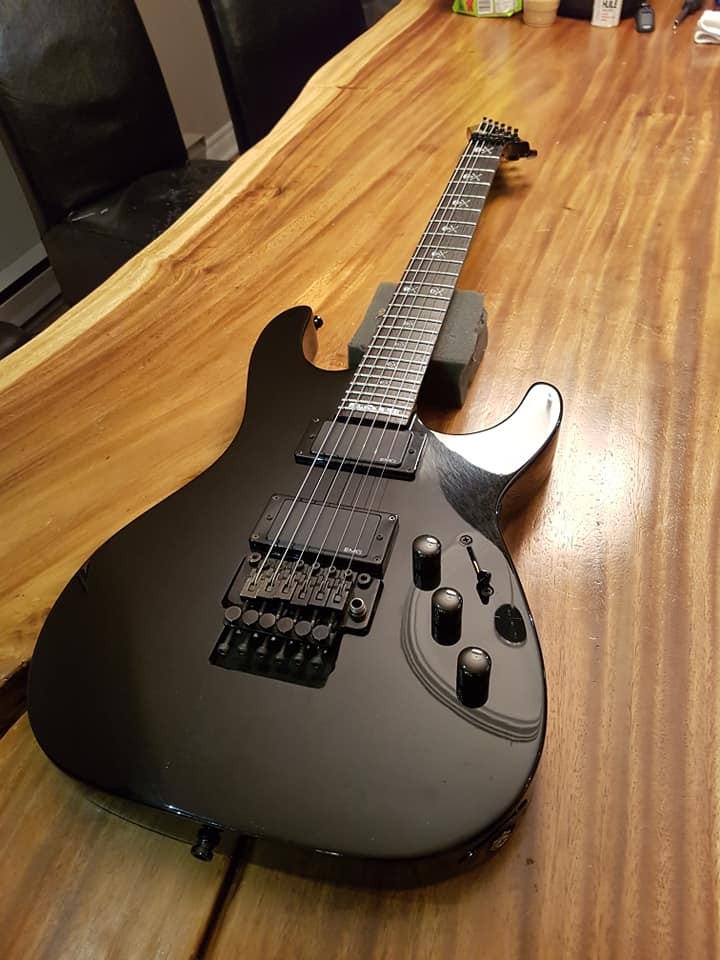 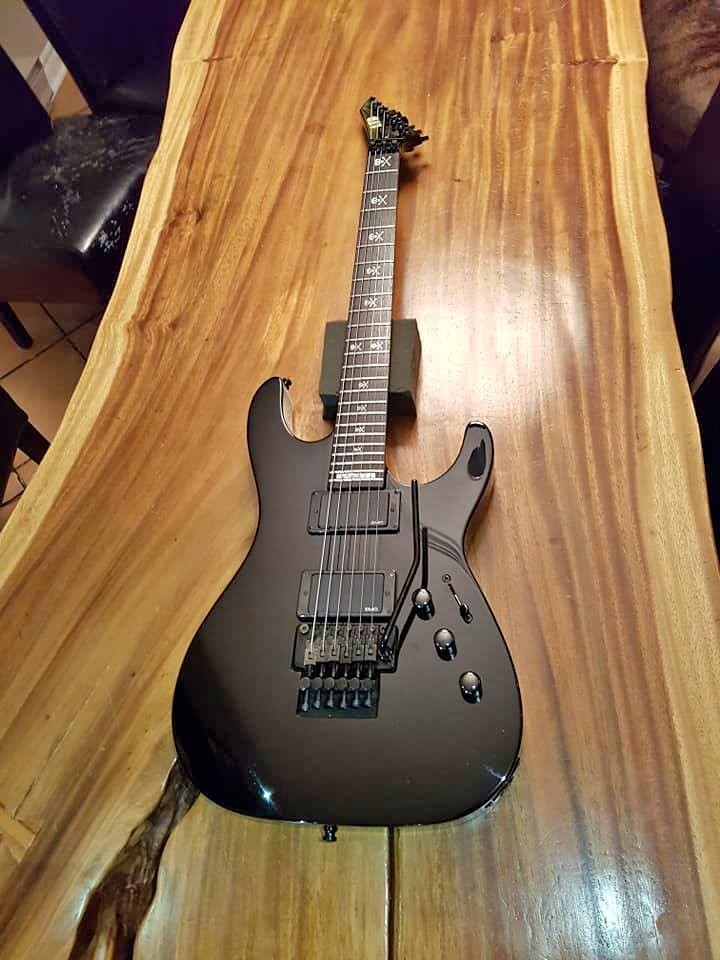 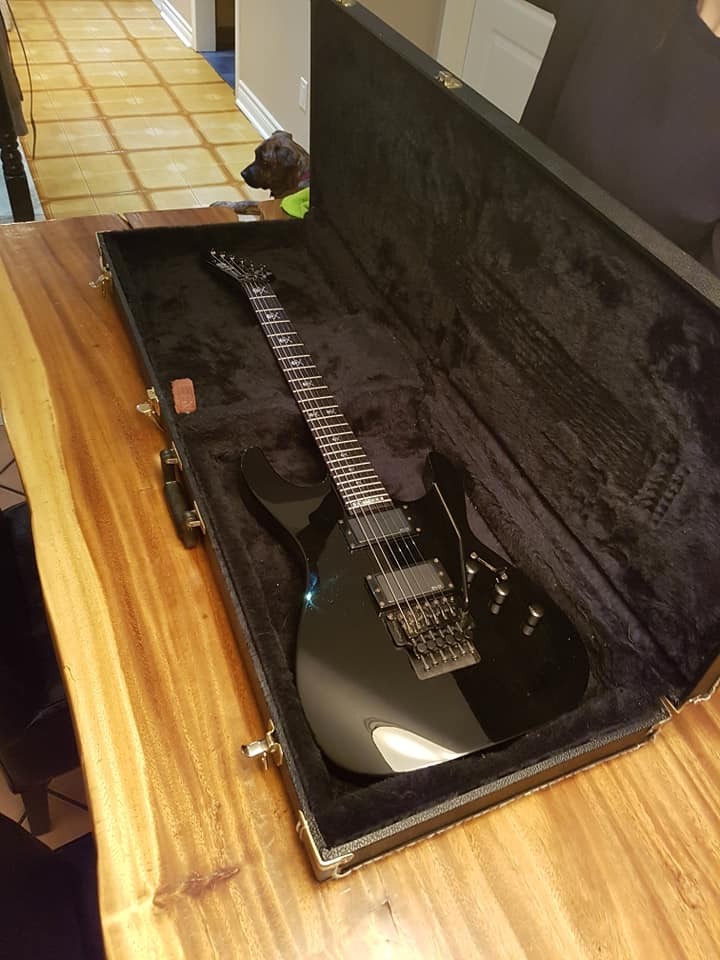 The guitar is legit. The serial number points to it being a 2002 model, but I can't remember whether the 602 existed at that point, or if they only offered the KH-502 at that point, which had dot inlays and skulls at the 12th. There were weird things happening with the serial numbers between 2000 and around 2003.

Thanks so much Pushead!