Just saw this over in reddit. Seems like someone over at Guitar Centre got ahead of themselves. 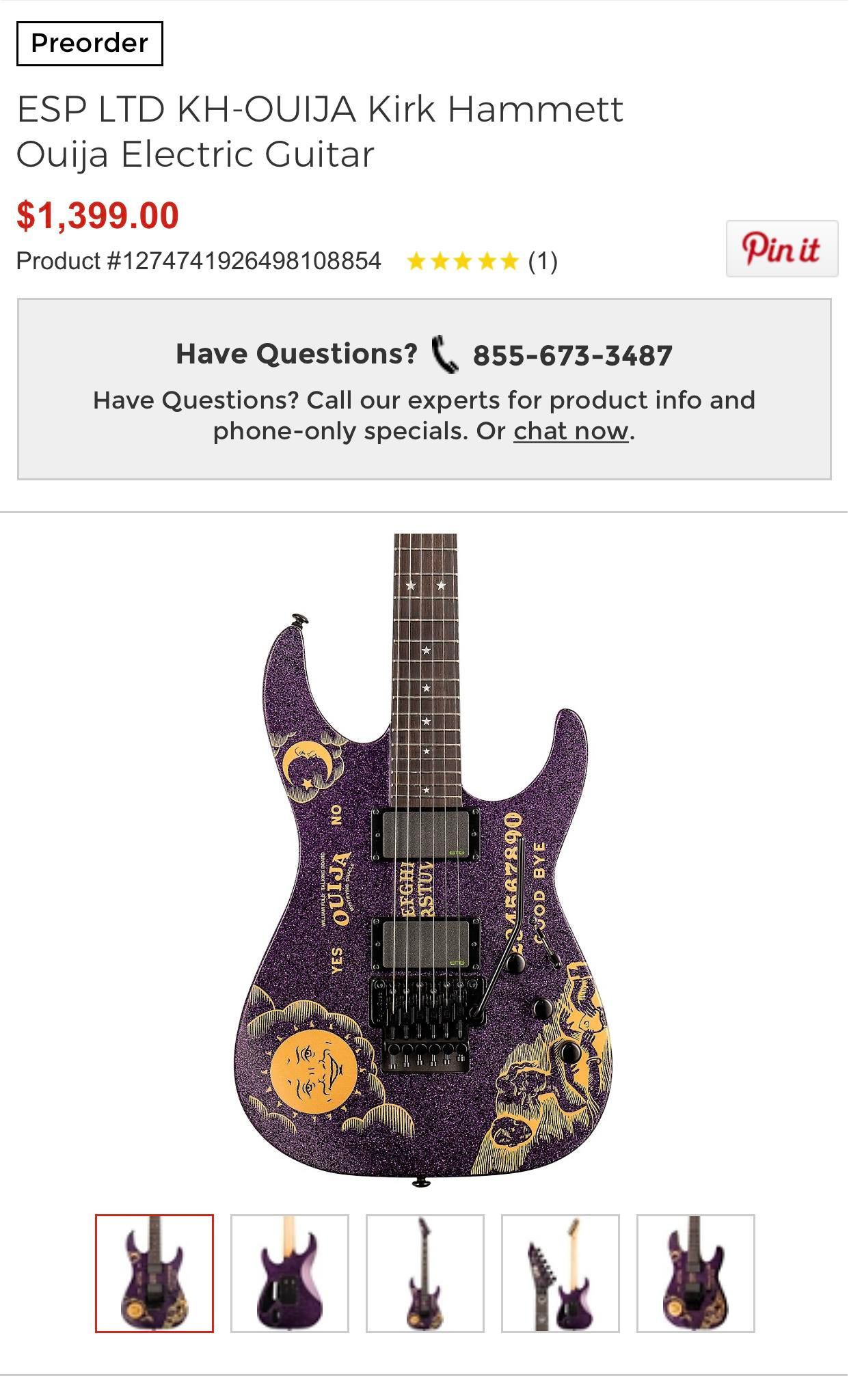 Where did they find this?!

Hey I actually saw this same listing on Guitar World’s website a couple of weeks ago.  I tried to take a screenshot but something happened and it didn’t work.

Yep, just like the Natural Ouija, unpainted. It would look so much better if they just did the letters across the pickups.

I'm still in for a red one when they get released though!

hahaha but i guess they need to at least have some distinction between an ESP model (visually anyways)! I wish they'd have done it without the yellow/orange tint for the ouija graphic

I wonder if white looked shit which is why they went with the yellow "tint" with the Ouija graphics?

Over time it will turn yellow anyway lol.

Oh yea, but still right off the bat with the yellow is a bit much hahaha.

Oh yea, but still right off the bat with the yellow is a bit much hahaha.

Maybe it will look better on the red one... hopefully

I took screen shots of the guitar on guitar center and Musicians Friend web.  I actually spoke to a rep from Musicians Friend and they told me the item was removed due the manufacturer not being ready.  The guitar was taken down quickly.

Any chance I could have those screenshots? 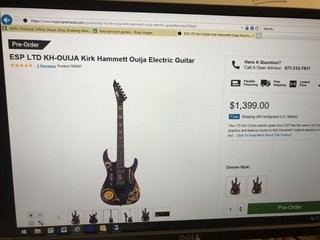 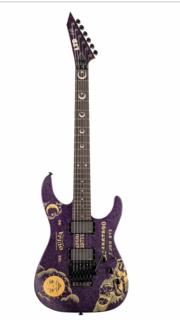 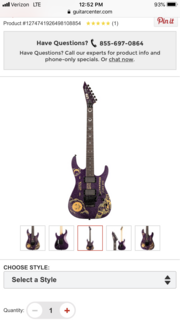 No, that’s amazing, thanks mate! Now I can bore my friends with the next guitar that I’m going to add to the collection!

Wow, this is a must have guitar.

Hopefully they will paint the pickups, if enough people write this as a wish, maybe they will do it.

they won't.. since ESP is coming out with a limited red and purple ESP version ouija sparkle
As i said this before  in another topic, this summer when i got m&g with Kirk and talked about my '98 ouija he said i should save up and get them (yes them since he said at that time it's a package deal not single).

That will be an awesome package, hmmm but expensive.

I will go for the Ltd red sparkle if it comes out.

Just out of curiosity, hypothetically speaking if they were a package deal of $25K USD for both or $10K USD individually, who here is game enough?

@12K TO 15K for the set, It's a good possibility. I think it could be in this range as they would not be as difficult as the quilted cap on the NAT Ouija.

Singles at $7k not even a question. Likely will not even be available. The ESP will be a limited production set I fear. Providing the endorsee (ķirk) was not misinformed.

I am looking forward the ESP price tag.  In my opinion, limited editions are for the fans and should never be more expensive than 50% of the catalogue ones.

I am forecasting the worst taking into consideration the Game of Thrones ones from Fender at 30k and the very limited twin run comment from the master itself.

I am forecasting a limited run of 10 at 30k for both.  It would be a complete disaster compare to a 6k price tag for each.