I've got a mint condition Greenie that I'm thinking of selling as I barely have time to play anymore.  I haven't seen any pop up for awhile so was wondering what you guys think it would be worth nowadays.  Comes with all the expected goodies (case, CoA, etc.)

Good luck with the sale.

Yep, it depends if it's a K serial or SS, Black hardware or not ...

EXPCustoms K serial sat for a LONG time priced at $2600 with a recessed back cavity and everything.

that K serial doesnt come with COA thats why most ppl wont buy it.....prefer with COA for collecting value....

EXPCustoms K serial sat for a LONG time priced at $2600 with a recessed back cavity and everything.

I just want to clarify on this, I dropped the price to this for a short time about two months ago because I needed cash then pulled it off the market. It was about two weeks ago I got the original case for it, relisted it with better pics and it sold for 3500 on Reverb.

If you look at my Reverb feedback you can see this:

Funny story, some guy made me an offer below 2500 and I accepted, then he asked if I had the orignal COA and case after making the offer which I had already accepted. I explained to him the K serials never came with COAs and like the description says there is no case. He told me he wants to back out because he needs the case and COA. I told him good luck last SS serial with COA and case sold for 4k. I bet he kicks himslef now for missing out on that killer deal.

I'm still absolutely shocked that it didn't blow out immediately at $2600! That made no sense to me.

I bet he is kicking himself now for that price.

So just to clarify I think a KH2SE with SS serial numbernin mint condition should or has gone for around 4k.

K serials do not nor have ever came with COAs but they did come with warranty cards. So I know my last KH2SE was a K serial and sold for 3500 and lacked any paperwork.

I would put the price between 3500-4500 currently. As much as it matters to me I think the K serial number doesn't matter to collectors but to me I never cared about COAs I just wanted a guitar as close as possible to Metallica's I don't need a piece of paper to tell me whats real or whats not. Also all of Jeff's guitars I own never came with a COA.

It's funny you bring that up, I was considering keeping it and if  did that was the first thing I was going to do.

It's funny you bring that up, I was considering keeping it and if  did that was the first thing I was going to do.

Yep, I searched high and low around the world for a KH2-SE with black hardware from the factory and I eventually found one for sale in the US.

And this was back in April 2012 when they were still 'new' so to speak.

Yeah, I guess there aren't any for sale at the moment to really gauge their value which makes it hard to put a price on them.

When was the last time Kirk played the SE?

I'd say the end of the World Magnetic tour. And a bit more 2010-2011. Let me check later tonight in my live shows collection.

I was re-reading my post ... The guitar was released in 2011 in fact, he used it maybe 2 years around that period.

Off the top of my head 2012 Orion music and more. For sure. Also Orion 2013. I’m sure there are more recent those I saw in person. 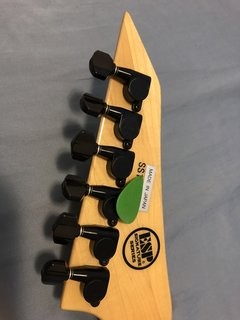 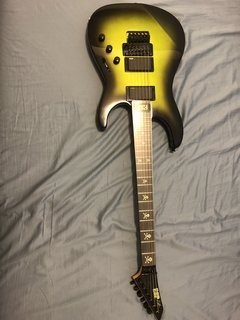 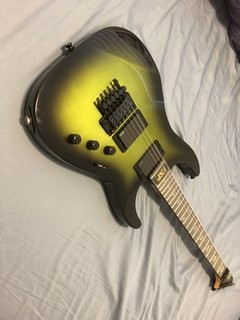 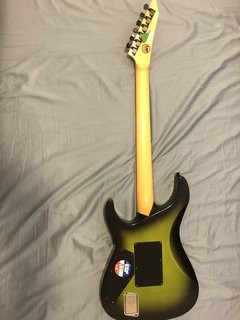 As you can see, it’s an SS with black hardware.  Was just playing a bit cause how can you not once it out of the case?  Great guitar.  Still love it.  Fiancée is saying I might as well keep it since we’re not exactly hard up for money but it would be nice to put that towards the wedding.

Condition wise I would say it’s a solid 9.5.  Some minor pick scratches and the usual but that’s it.

Honestly if you have the case and COA I see no reason you shouldn't get less than 3500 for it, probably 4k.

I do have the case, coa and build card so if I decide to list, I’ll know where to start at least.

Great guitar man!! Looks like the twin brother to mine.

Hope you have a great weekend and thanks for the pics.

I also have a kh-2 se Mine I think is a K serial ... I might sell mine. Comes with all case candy no coa (in Japan they did not send me it but I do have receipt papers ohsc and Guitar is 9.8/10 I never played it. 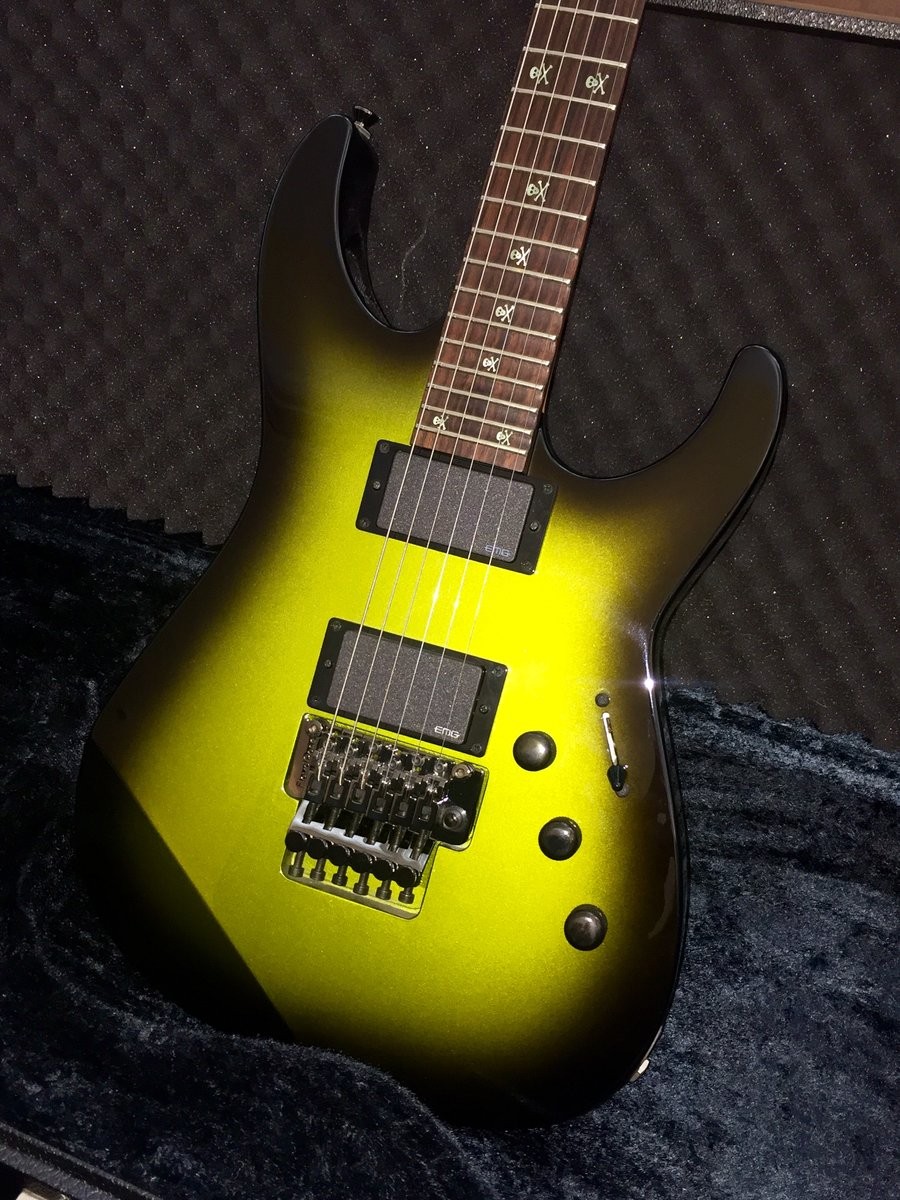 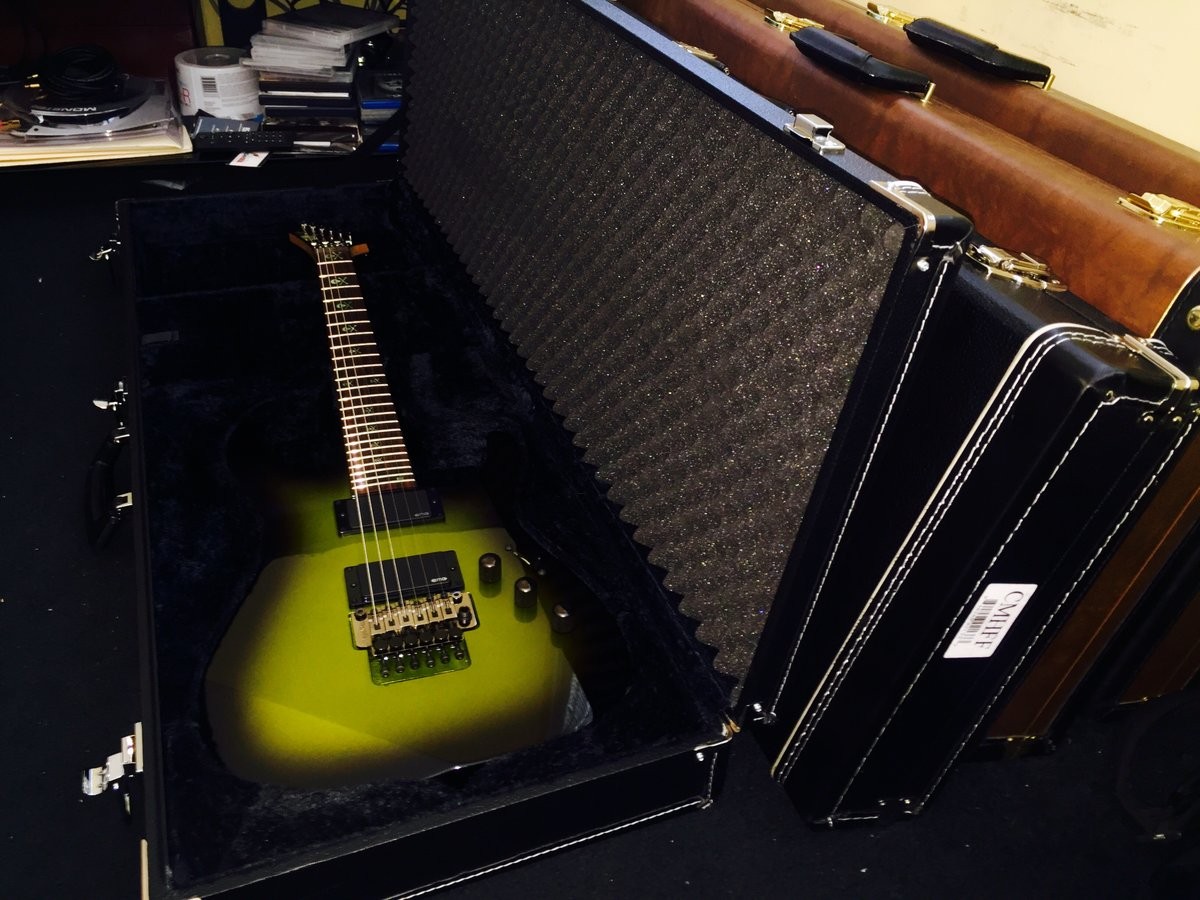 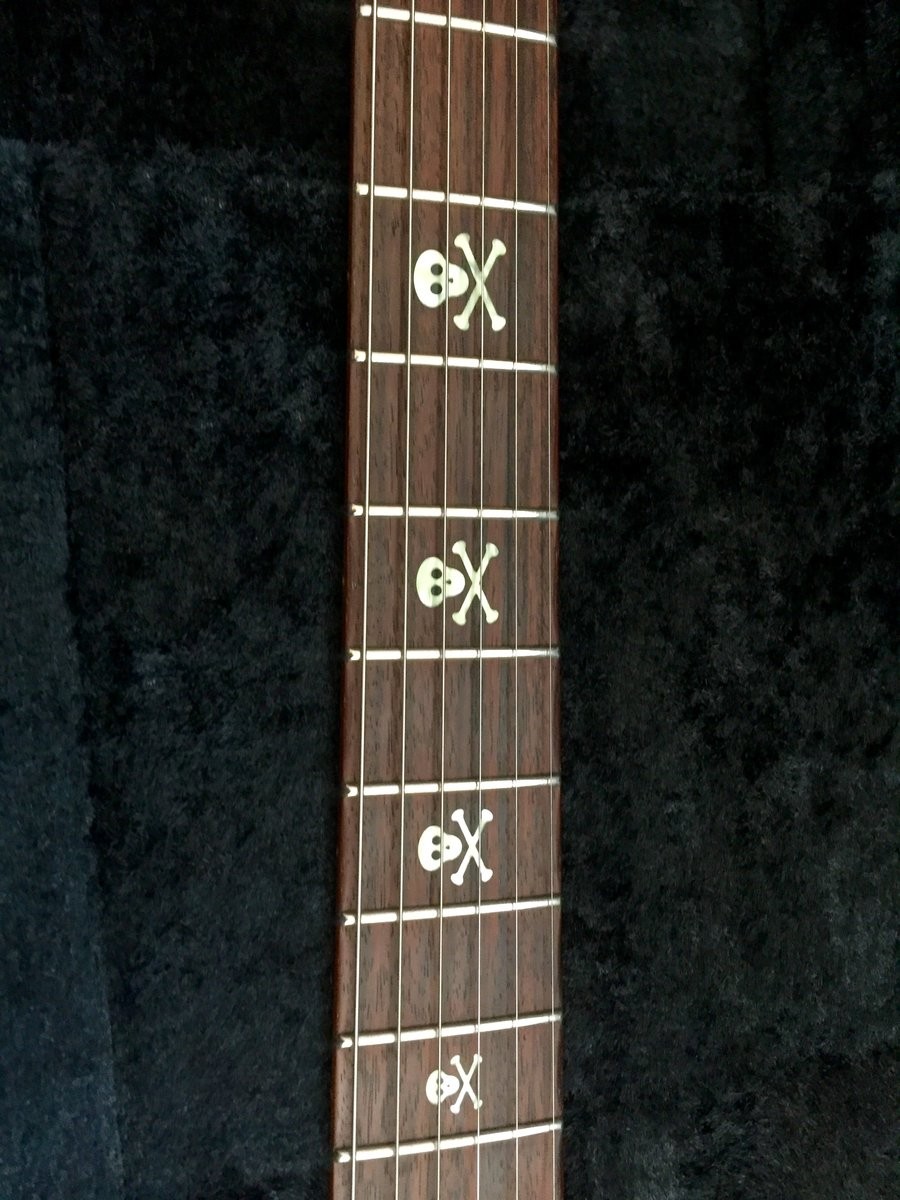 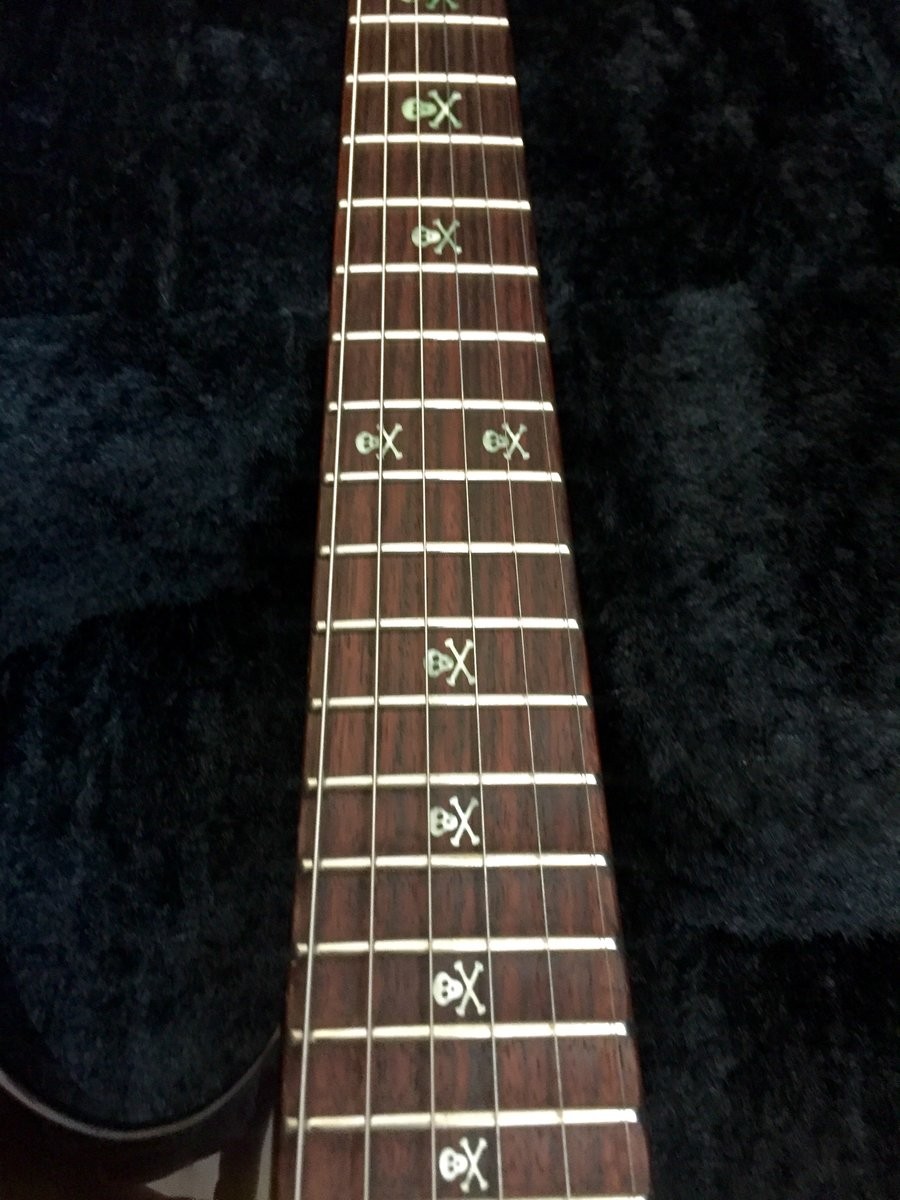 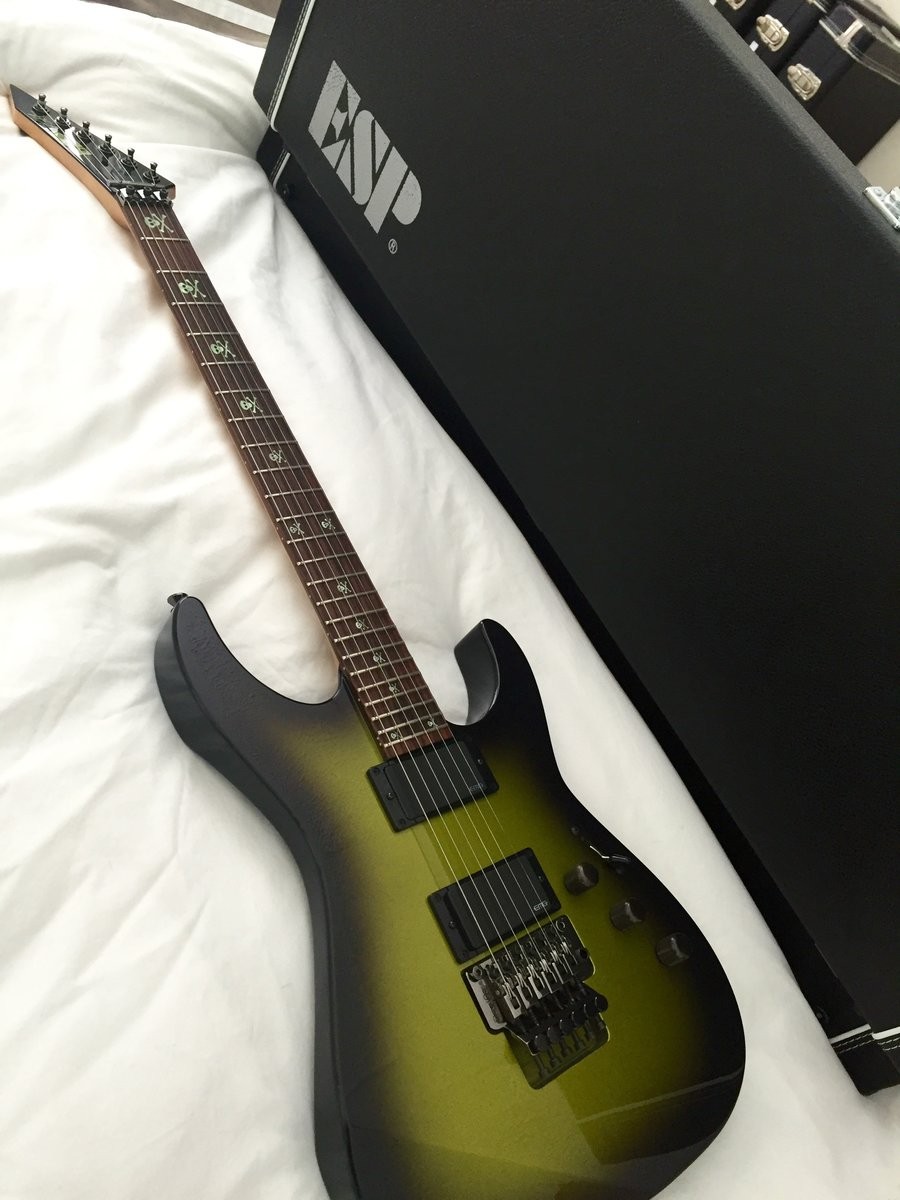 Hey love the guitar man looks sick! I personally own the KH-2 bolt on with the bone breaker pick-ups signed and comes with a COA, but this is so cool I wanted this one over the one I have now. How long you had it?