Hetfield and Hammett guitars at the museum.

Forums / Signature Series / Hetfield and Hammett guitars at the museum.

Hetfield and Hammett guitars at the museum.

I went to a Metallica show last night and I bought the Whiplash ticket and it gave me acces to the museum.

You could even play on the the guitars,  so I have played on the number #1 KH-2 Relic .Insane!!!

Later on some dude dropped the KH on the floor and the neck broke,Holy F... I will try to find that picture later.

So here comes some pictures of it. Enjoy. 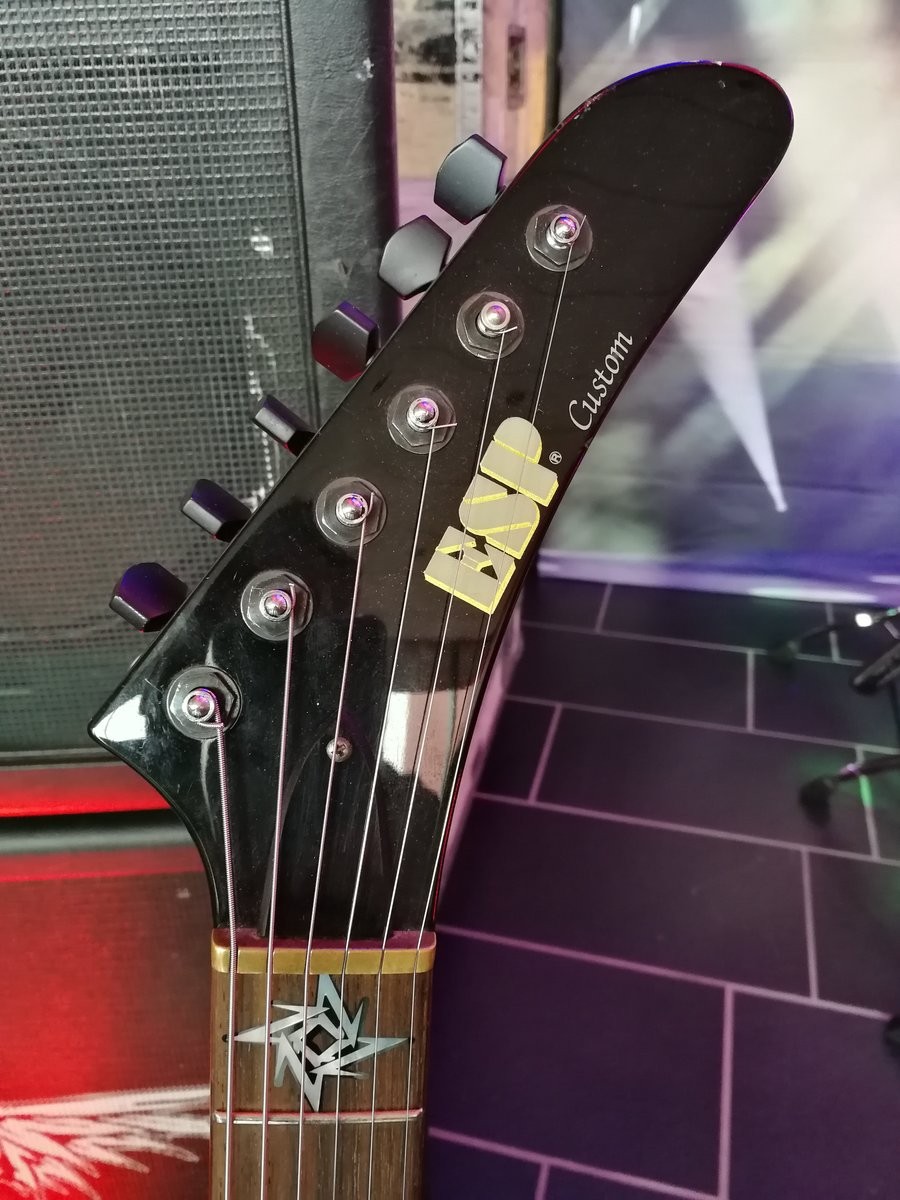 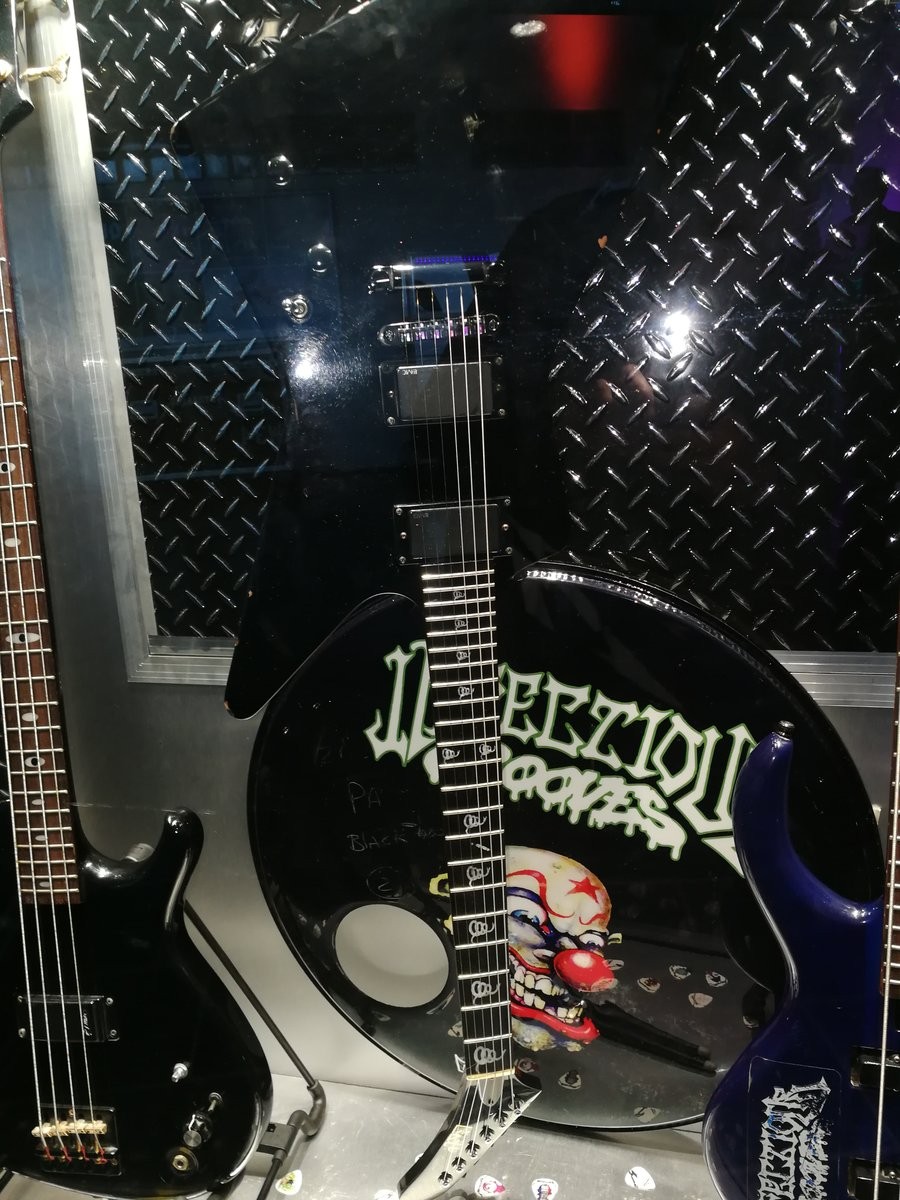 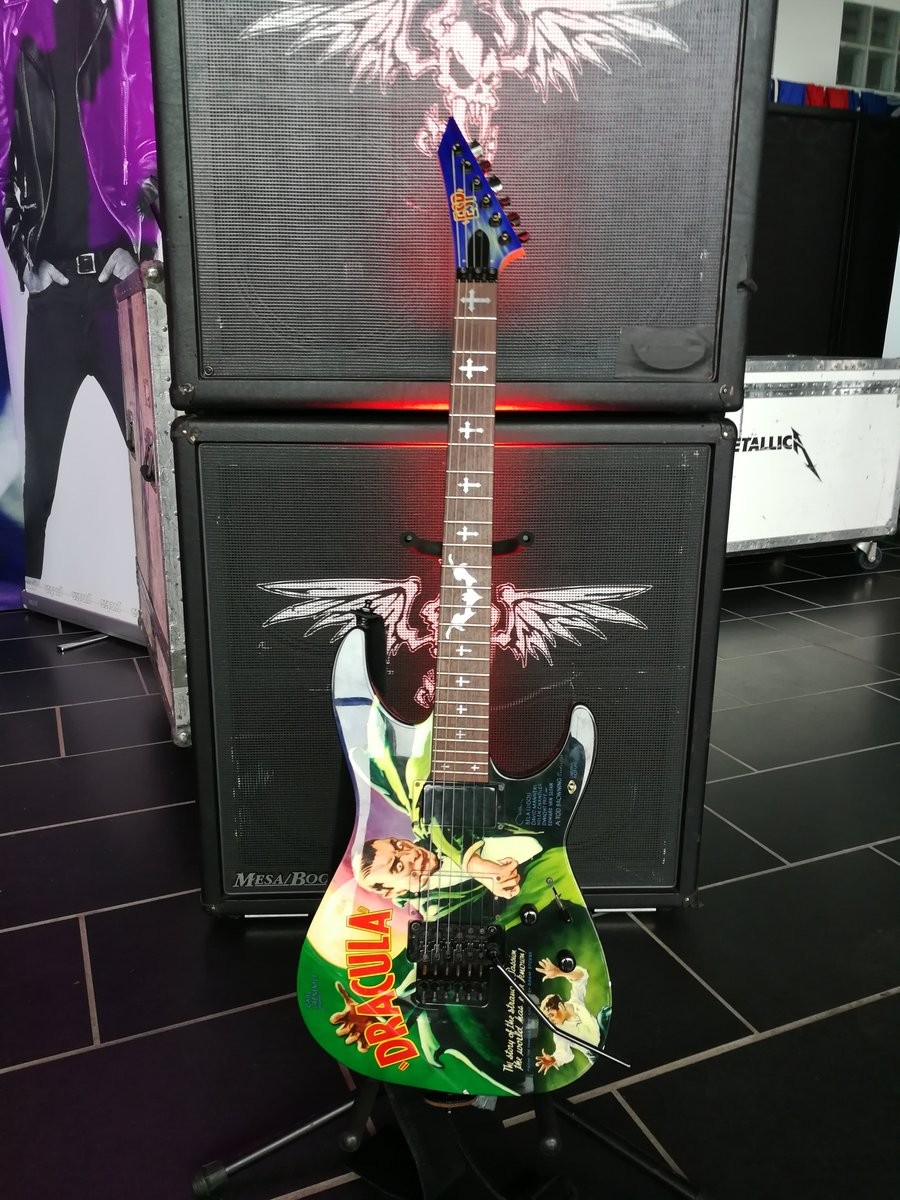 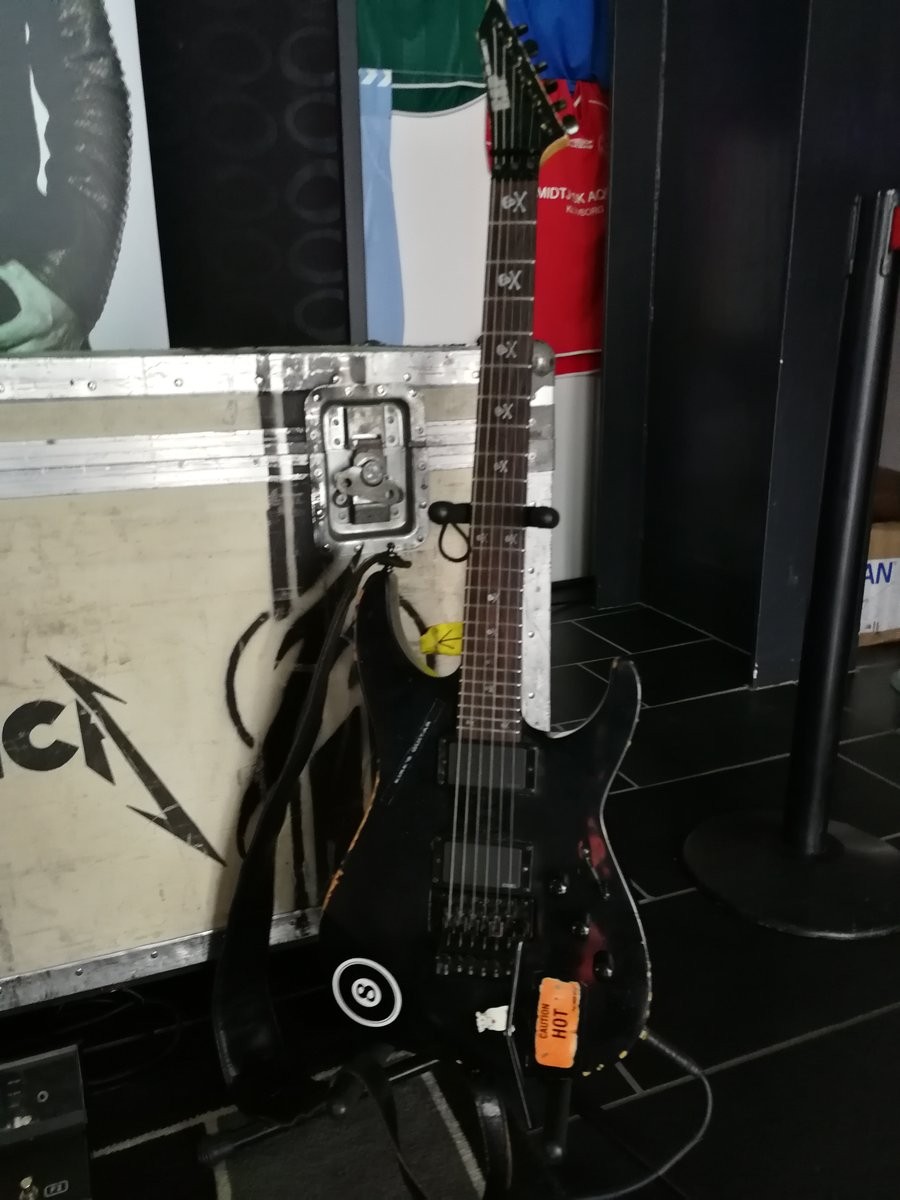 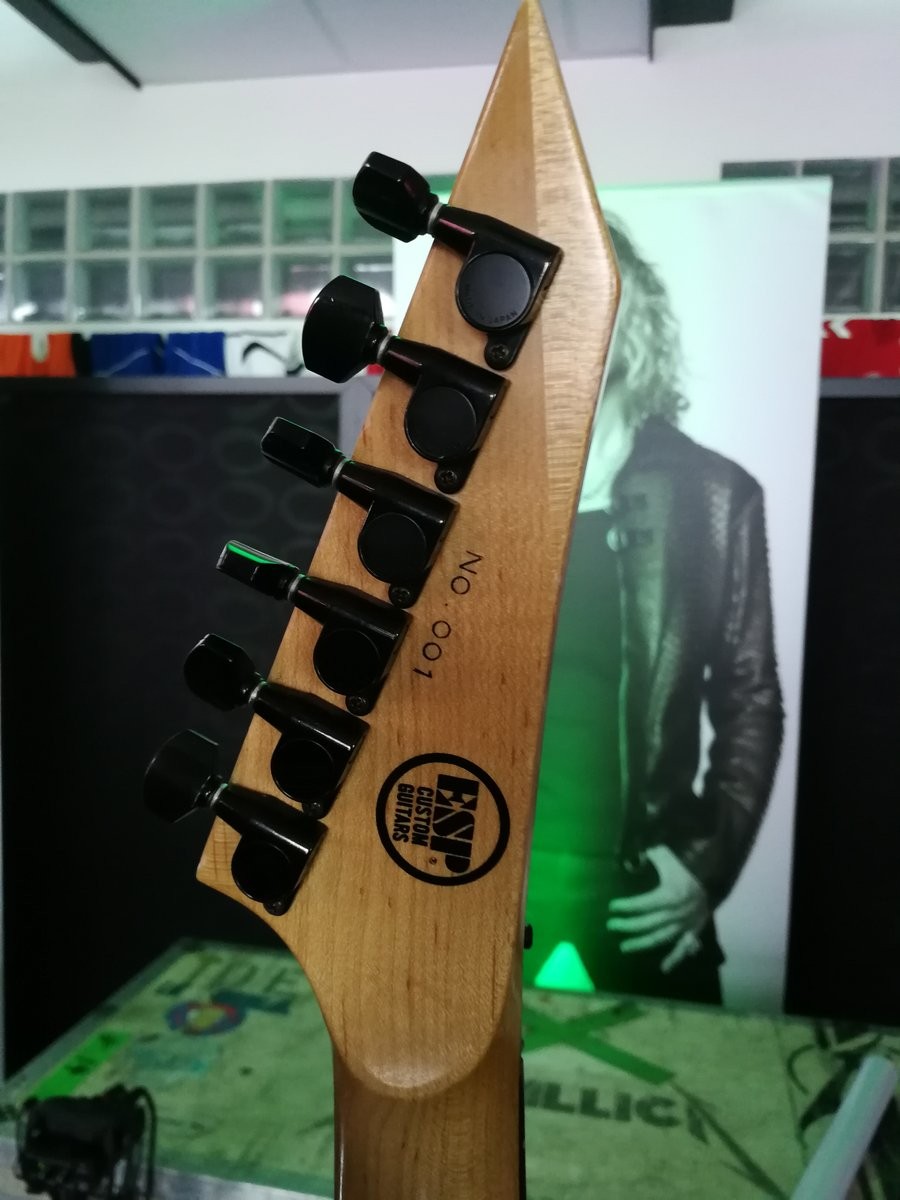 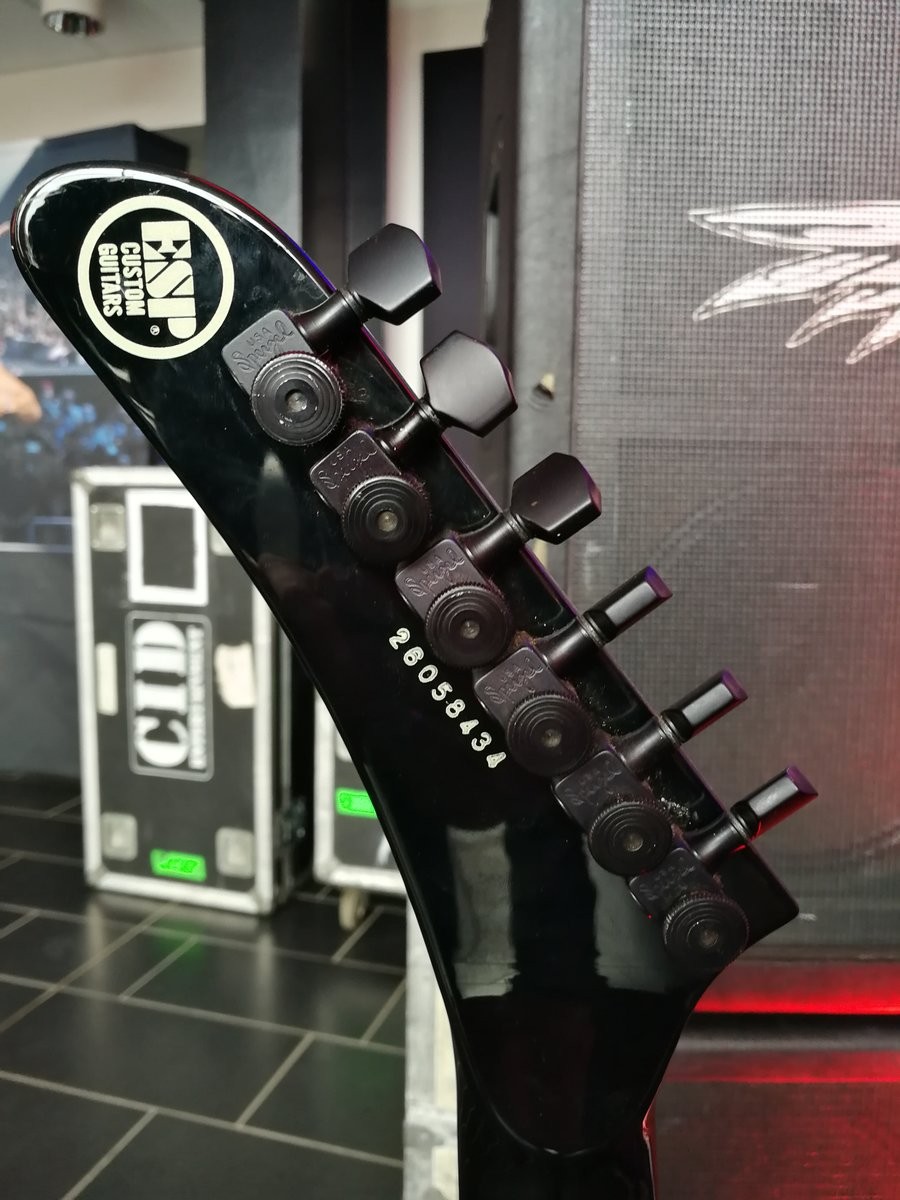 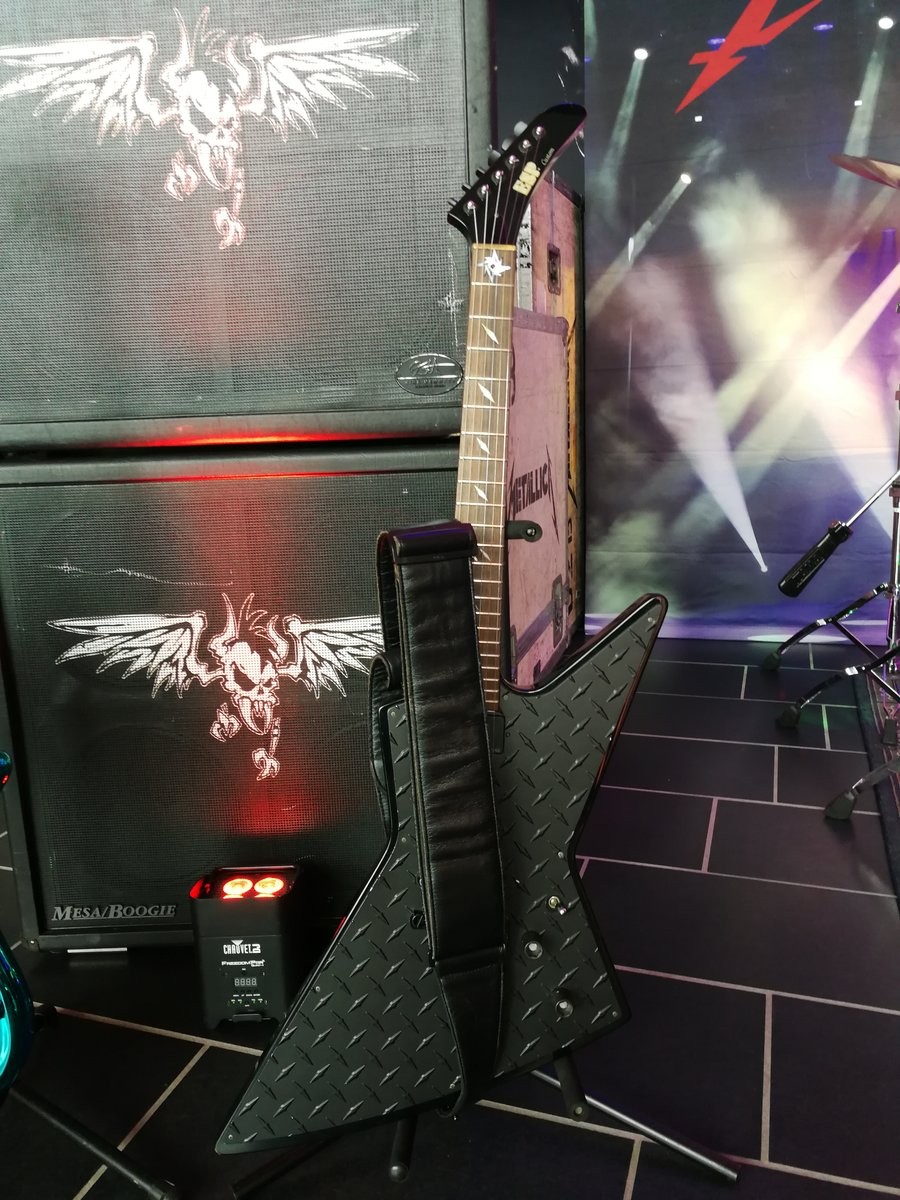 Now with the neck broken. 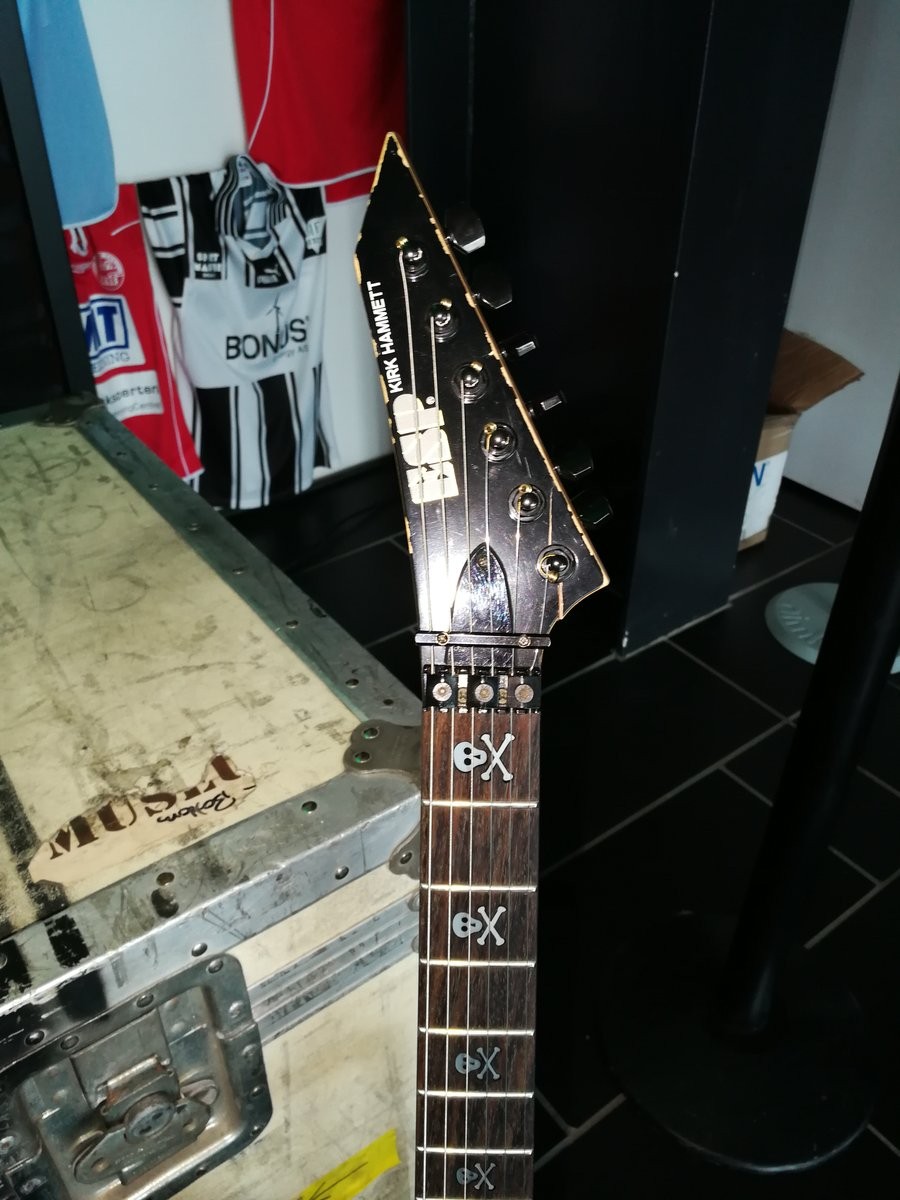 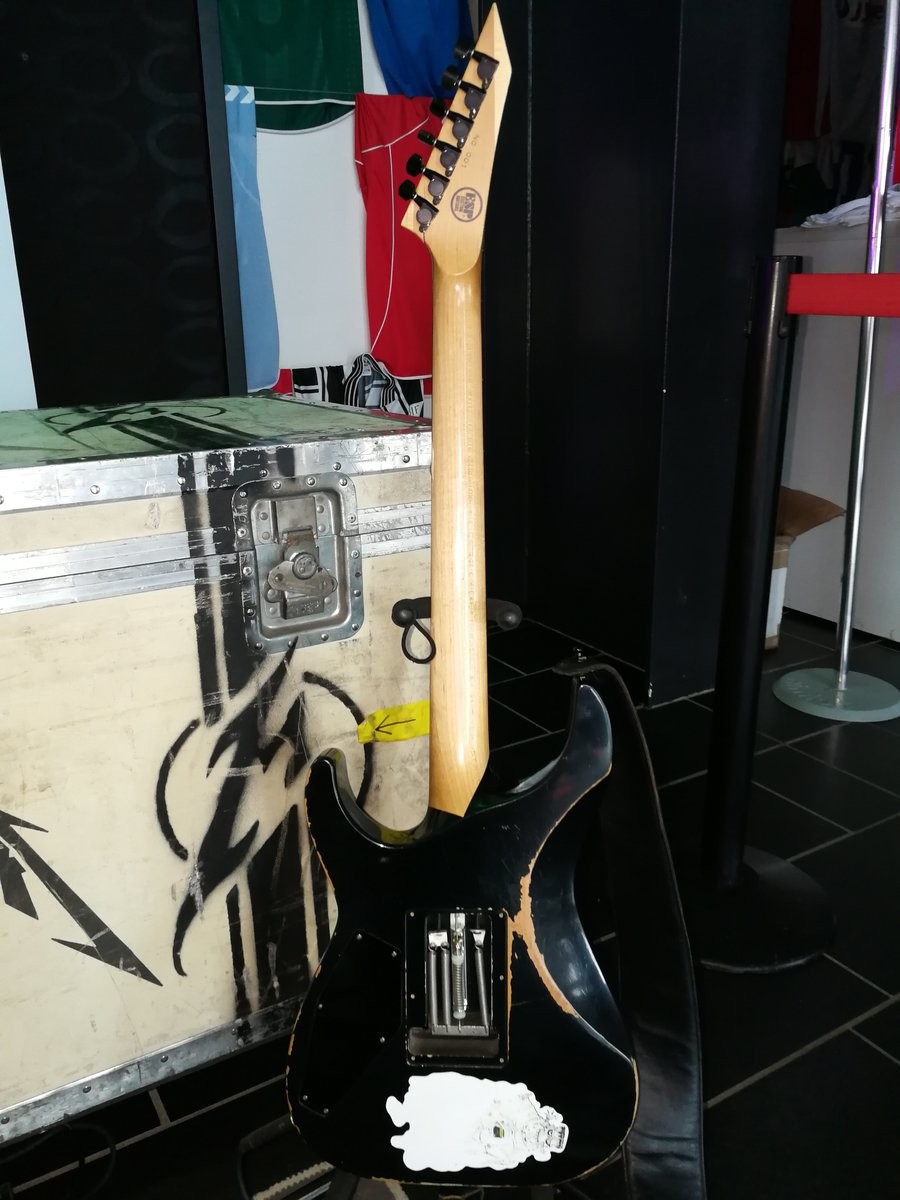 , fixable of course ... but think about it, Kirk did some shows with it and never had it bumped ...

That's so cool that you can play on them too.

Although that might not happen for much longer if assclowns keep dropping guitars and breaking necks...

Awesome pics man, thanks so much for sharing.

That will be fun Pap

but in fact, the broken piece is not in the "conduction path" of any sound ... except for the high E tuner ..

That will be fun Pap

but in fact, the broken piece is not in the "conduction path" of any sound ... except for the high E tuner ..

Lol, yeah. I was only kidding. Was quite funny but.

I do not hope that they will put all their guitars behind glass, I asked if I could play the snake cool, but no.

It is Cliffs original bass next to the snake coil.

That's awesome. It must also be a collection of guitars that don't sound very good.

I probably would have punched the idiot that dropped one of their guitars. That's just stupid and disrespectful not to treat them with reverence and respect.

Anyone else notice how the diamond plate on the MX doesn't quite fit the shape of the MX?

The snake coil and Jh-2 has brass nut I didnt know that. 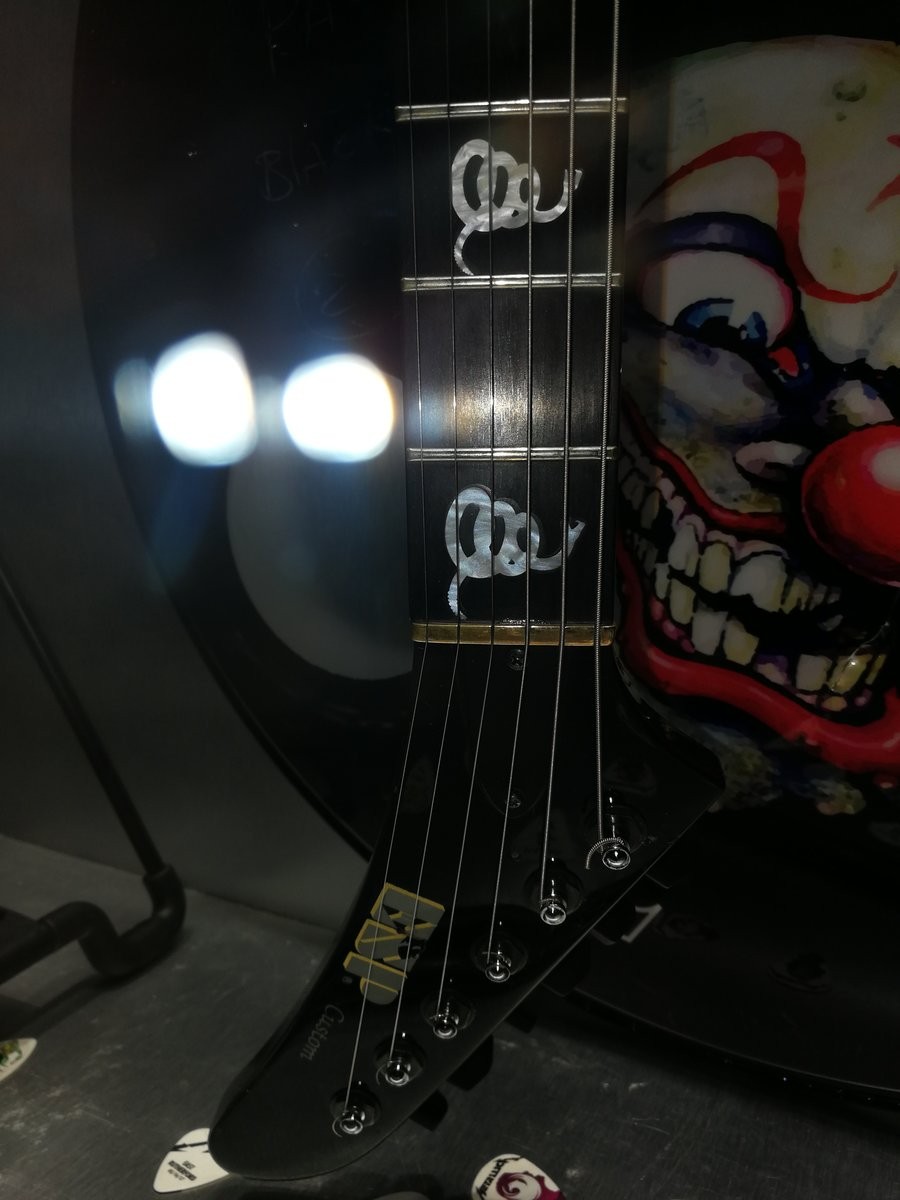 More pictures with this?

Is that an Ebony board on that Snake inlay Explorer?

Or is it my computer monitor playing tricks on me?

The inlays are really nice, even the rattle of the snake is drawn, tiny tiny contours.

Yes that is an ebony board, I wil post some more photos of that guitar later today.

Such a great looking guitar! I saw 5 of his MX-250's lined up in a road case in the early 90's and they all had brass nuts on them. Wonder what their theory of sound was on them back then, and if it was based on the sound coming out his live rig at the time, or what? In the studio you see a lot of bone nuts so obviously it's something he's doing purposefully.

All 90's era MX250s come with brass nuts, most people don't notice because they are anodized black. If you have a 90's MX250 look at the string groove and you can see the brass.