Figured to start a thread for the KH-3 to share some of the cool pics I have, and info that I posted in the past.

God damn I do love that graphic. Do you know what's up with Kirk's original? Is the clearcoat broken overpart of the graphic? It's like a bullet hole effect but also part of the spider leg is missing.

Are you getting one done to replace your old one?

Yea it's been used and abused so the damage is pretty bad on it now.

And no I'm not getting another one. The shape is based off the Les Paul Junior and if you ever played one, they are pretty small. It always felt like I was playing a kids guitar, so that's why I sold it. 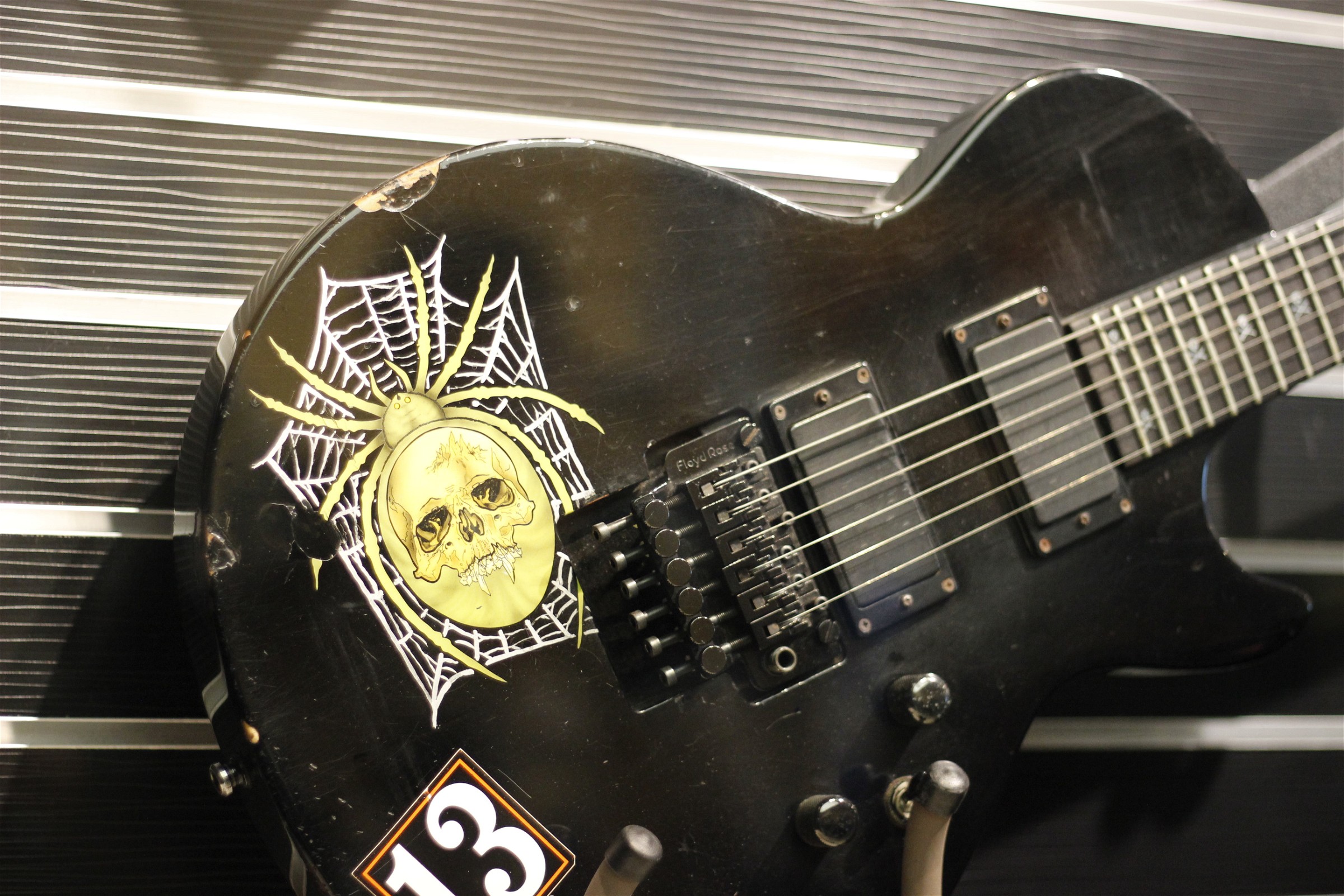 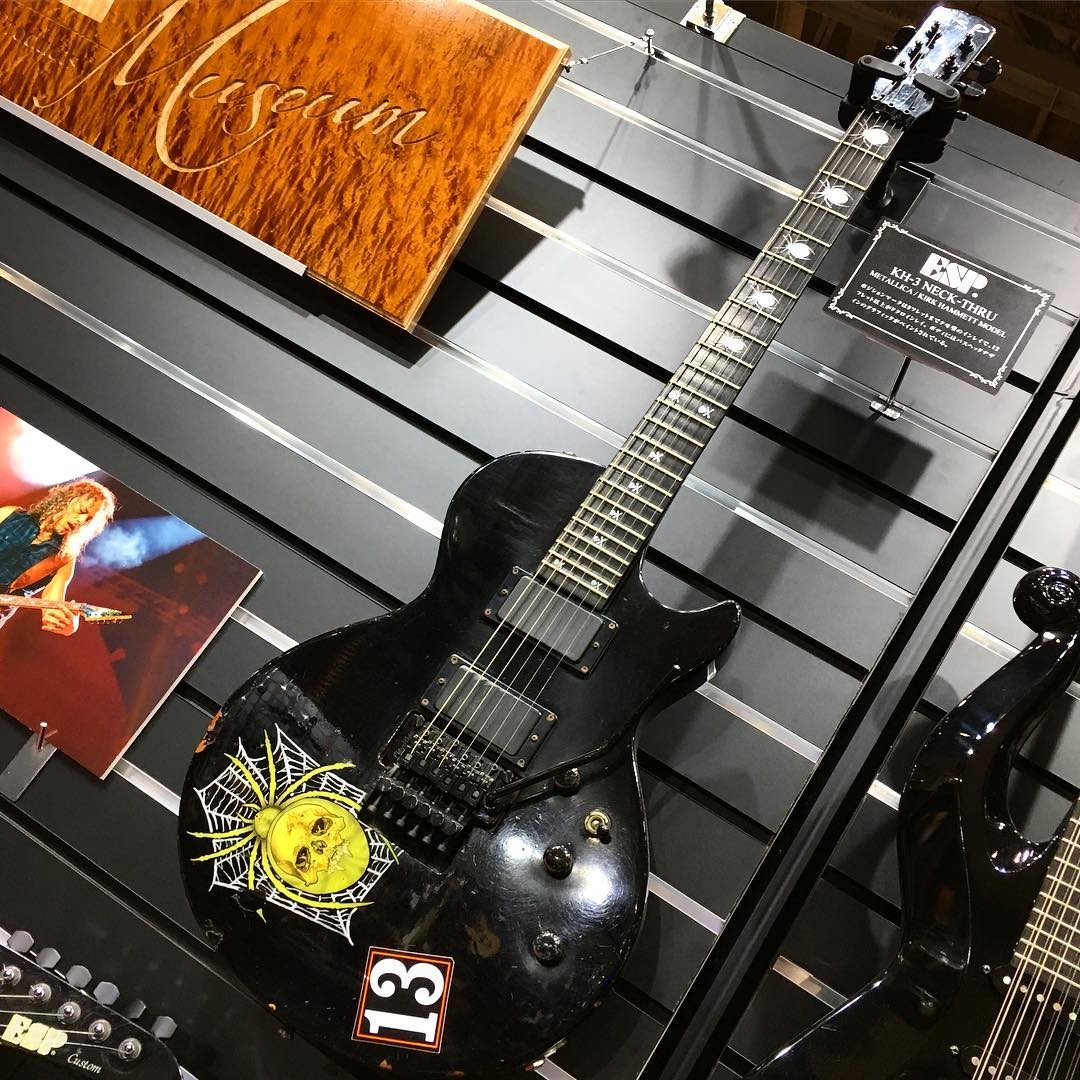 I never used to be fussed about the KH-3 at all, but I kinda fancy a Custom Shop neck thru version now.

For one year only the neck thru model was advertised as having a 25.5" scale - I always wondered if it was just a typo or not.

I love mine. I have to hurry up and post pics up of it here on the forum. 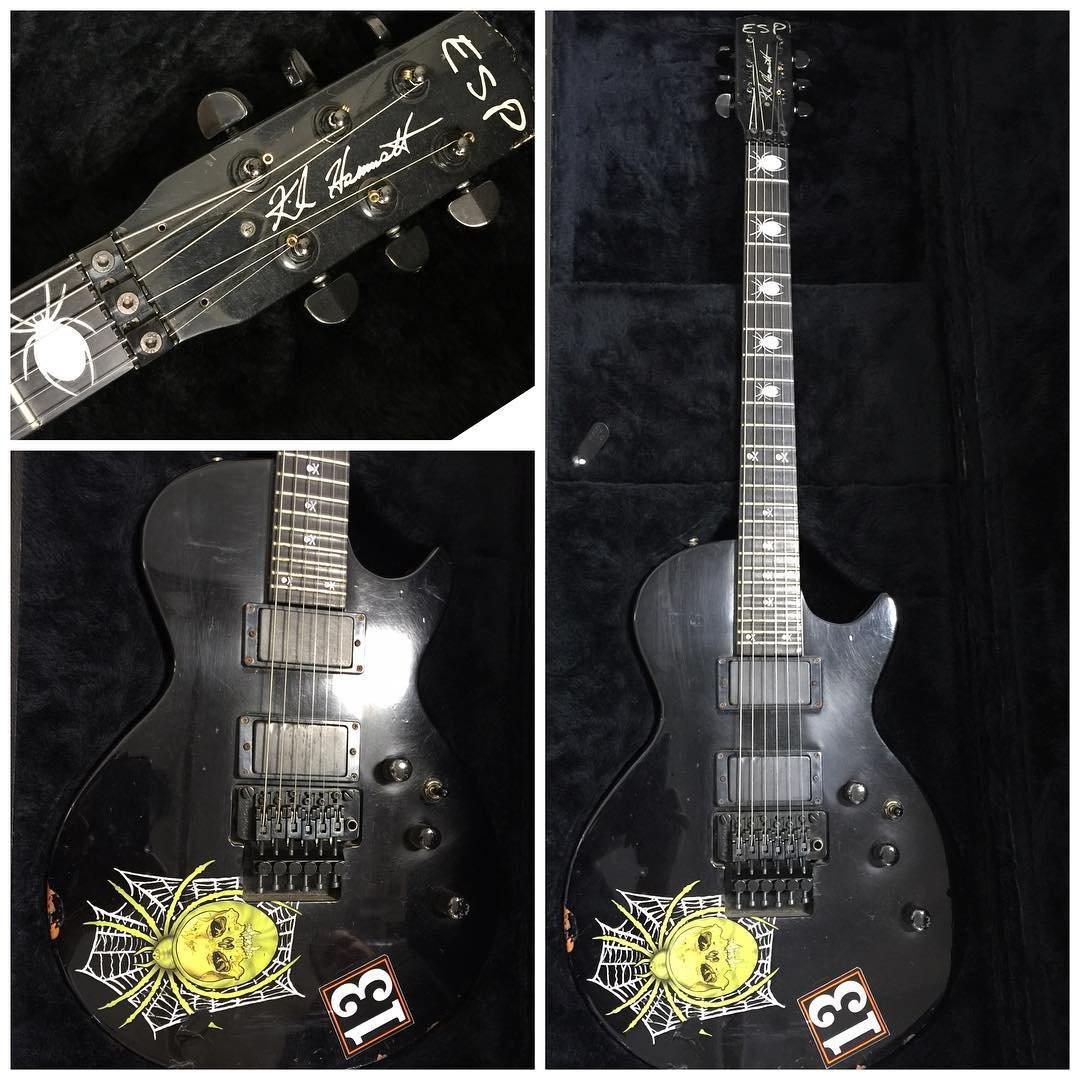 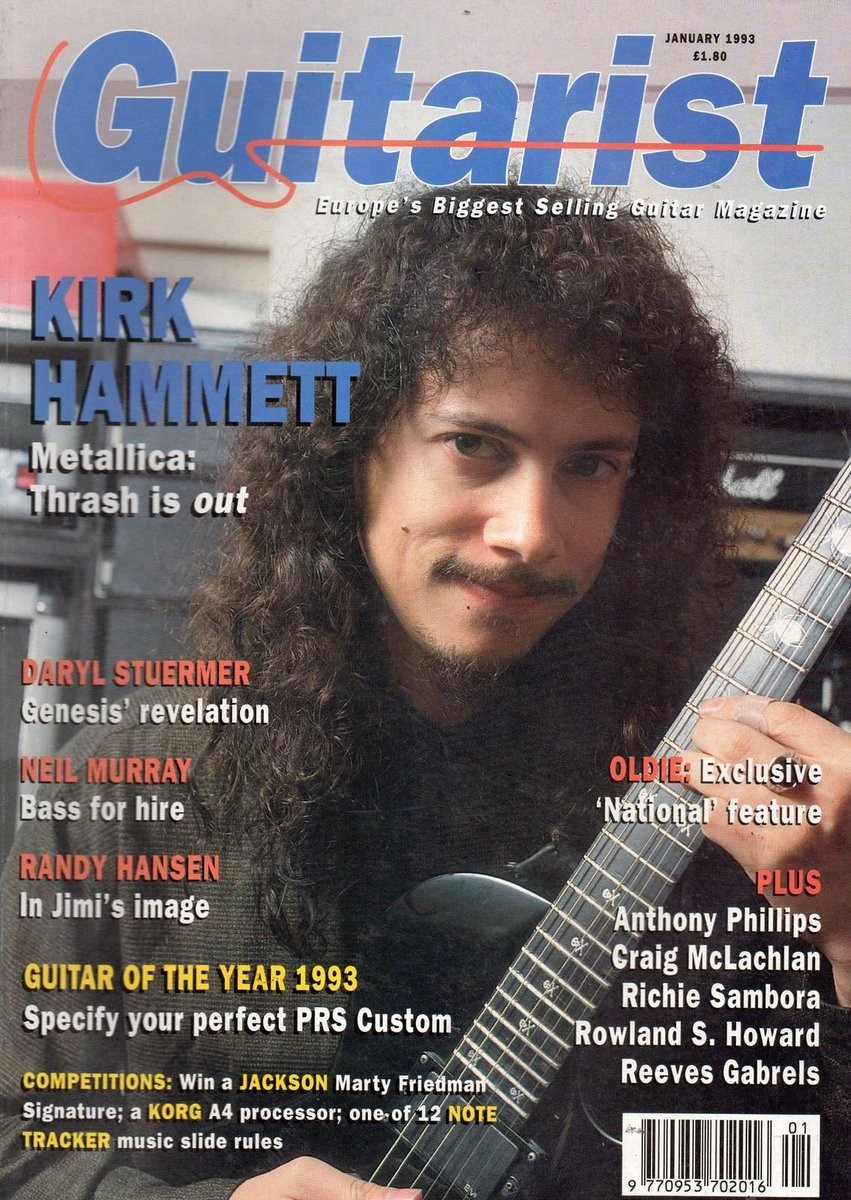 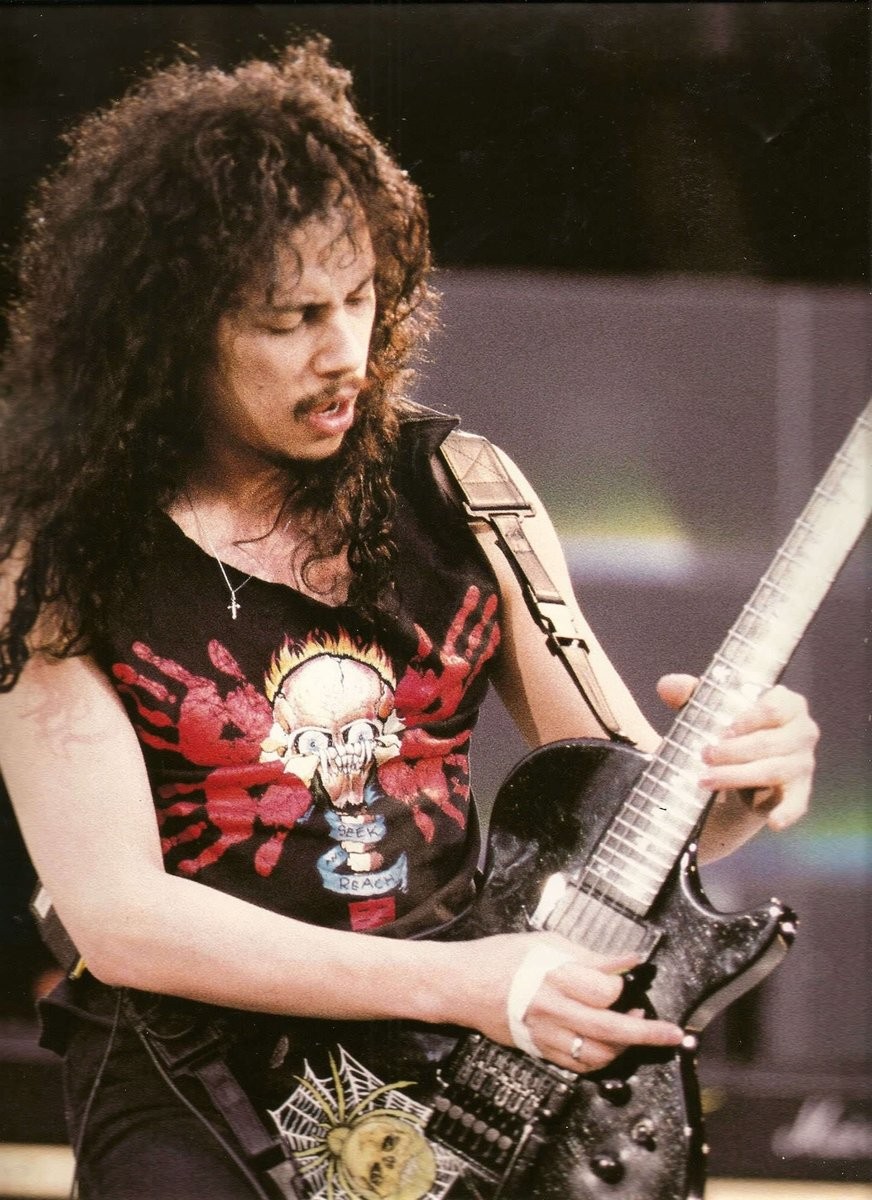 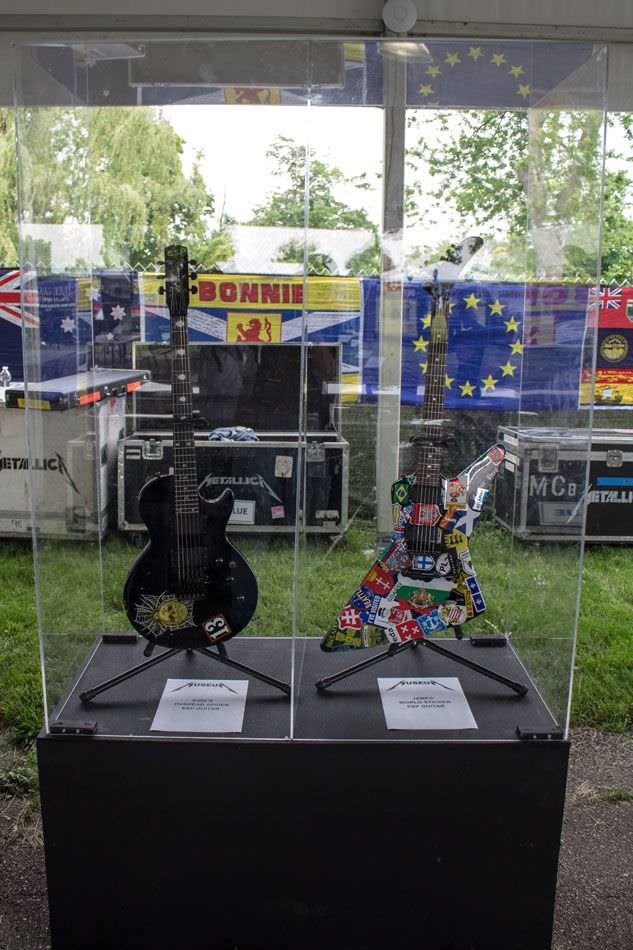 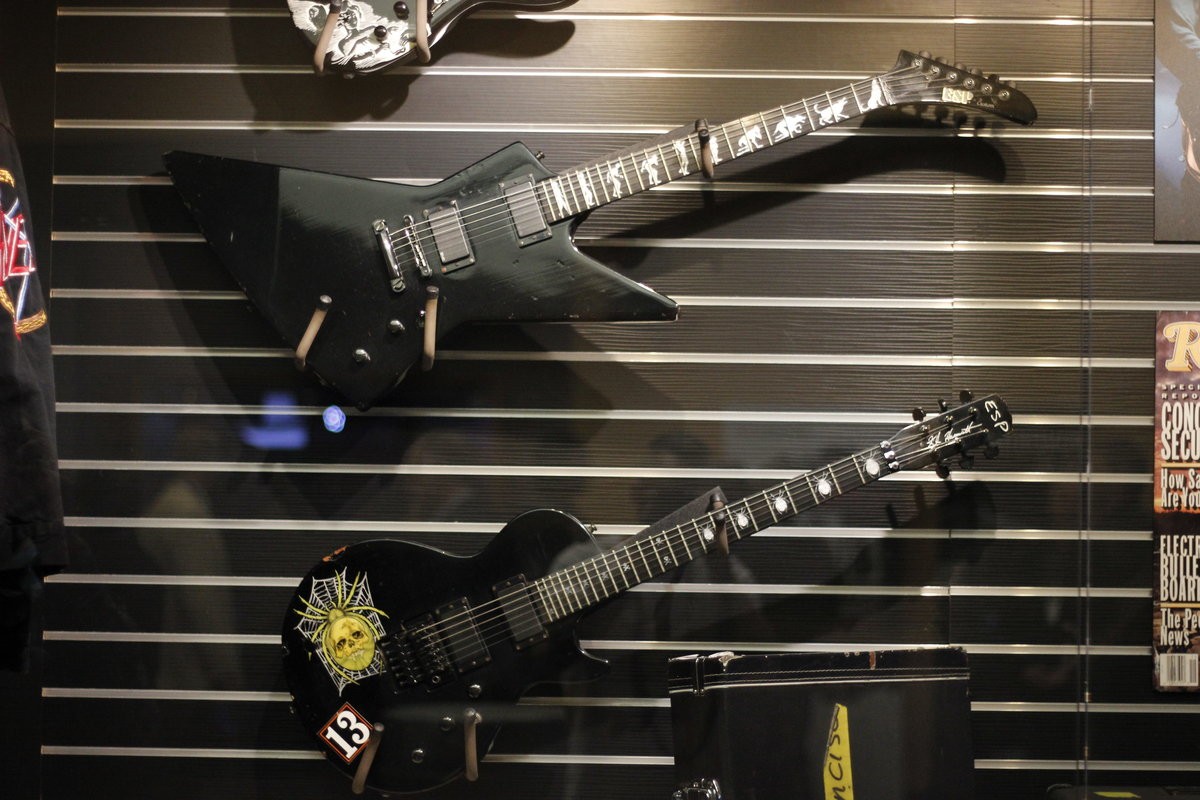 Can't believe there was even a debate that it could be rosewood....

A few of these pictures are ones I took - all of the photos I took of them can be found here: https://drive.google.com/drive/folders/0Byue6iIKXLtRZHlzckRsaDlGN3M?usp=sharing

If anyone (from the EU) is interested in buying one, I have one for sale:

I am watching Metallica "live in Muskegon, Michigan" on Youtube right now.

Kirk has been playing his KH3 on a few different songs now.

Anyone remember seeing it anywhere before in 1991? This is a first for me.

Hello mate. I think he played the KH-3 as well when they performed in Moscow back in 1991. https://www.youtube.com/watch?v=_W7wqQwa-TU

Ahhhhhhhhhhhhhhhhh, yes! I must have had a blonde moment! Apologies for wasting your time.

Haha don’t mention it my brother

Is it me or were all his guitars san's trem back plates? I assume just b/c it's easier to constantly setup the guitars for his tech, but maybe another reason?

For 20+ years he ran with no back trem covers on most of his guitars. I think it was to make it easier to setup the guitar on tour etc.

All his guitars have the trem covers back on them now, perhaps Justin and Kirk have them setup pretty good now lol. 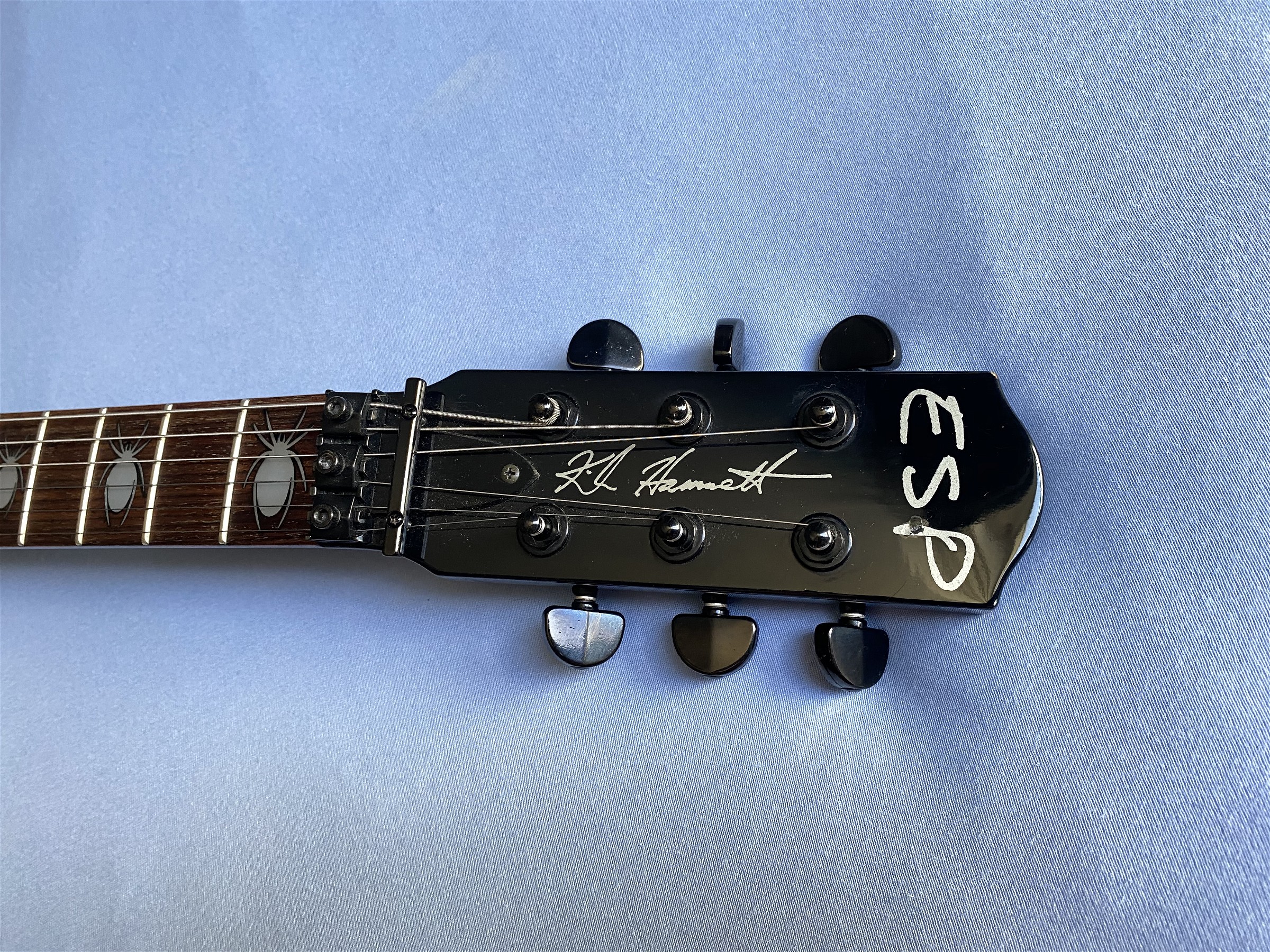 Congrats!  Hope you enjoy. The spider looks even better up close

it's a bolt-on. very heavy guitar, much heavier than I anticipated

Congrats!  Hope you enjoy. The spider looks even better up close

The KH3 gives me a horn, it's such a cool guitar.

The KH-3 was the first guitar I got that was a ESP some 12 years ago.

Always liked the Les Paul Junior shape and it's so fast!! The EMG's really deliver and it's a workhorse :-)

I got mine second hand and it was almost the same conditon as Kirk's display KH-3 :-) 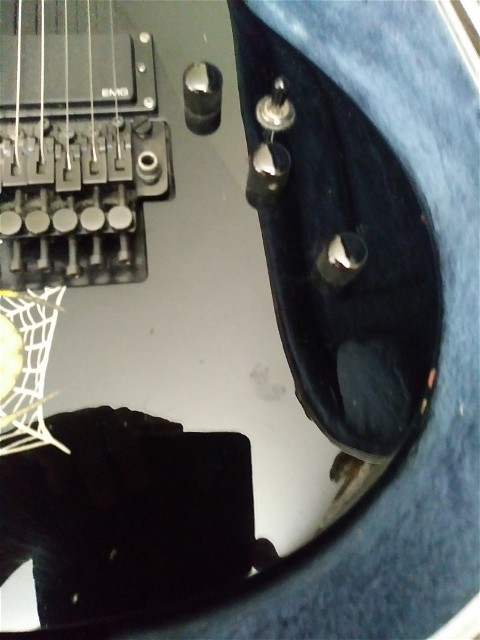 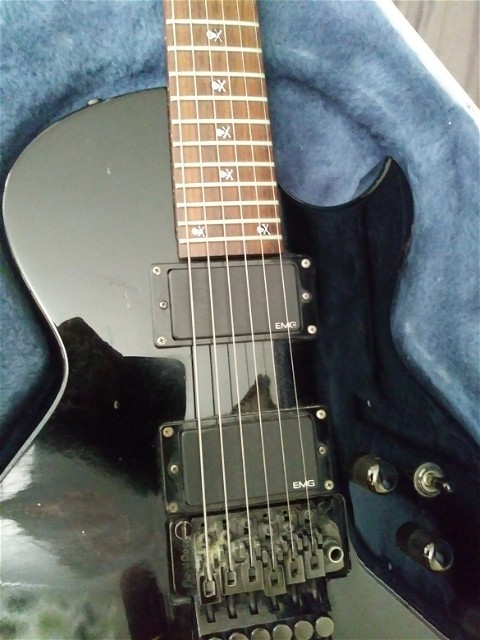 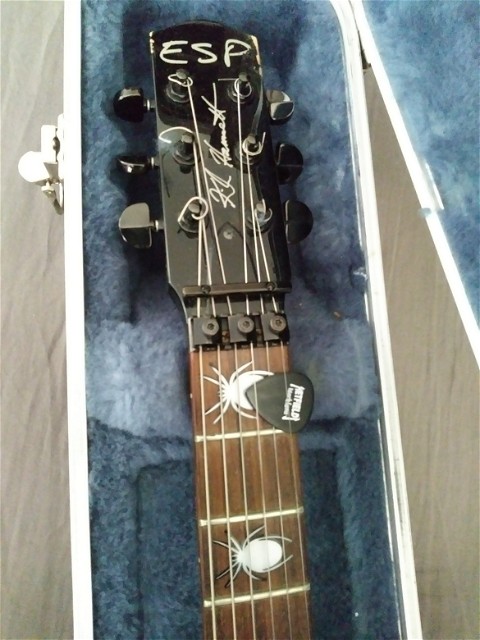 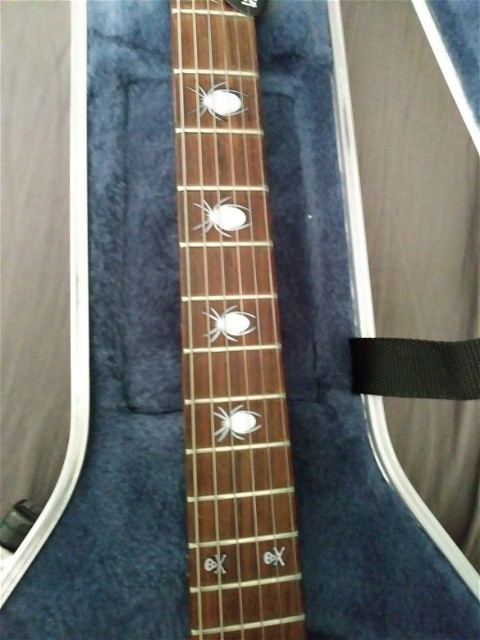 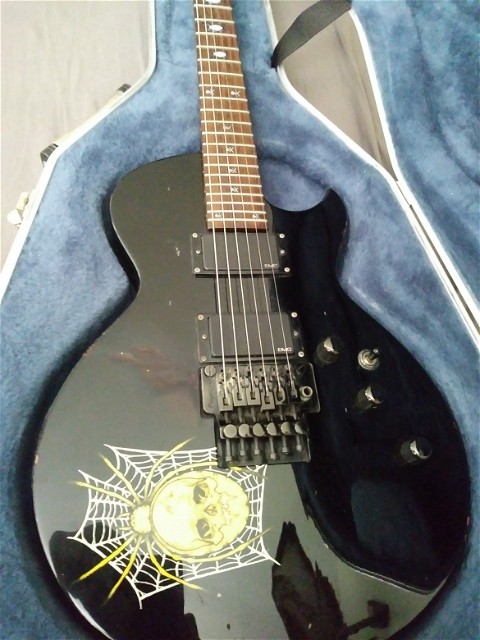 The KH3 gives me a horn, it's such a cool guitar.

thanks pap! I agree