Anyone knows which ESP M-II model is this?

Forums / ESP Past Models / Anyone knows which ESP M-II model is this?

Anyone knows which ESP M-II model is this?

Hope everyone is healthy and well. Just wondering if anyone here had seen a M-II like this one before and could give some details as to in which year these were made.

This particular model has a single volume knob, blade pickup switch and binding on the neck. From memory none of the M-IIs I have seen before had these features.

Many thanks in advance 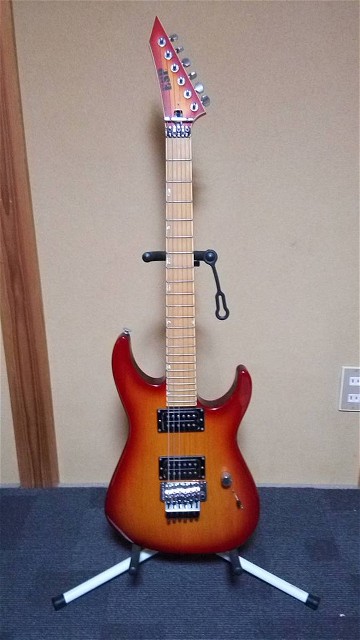 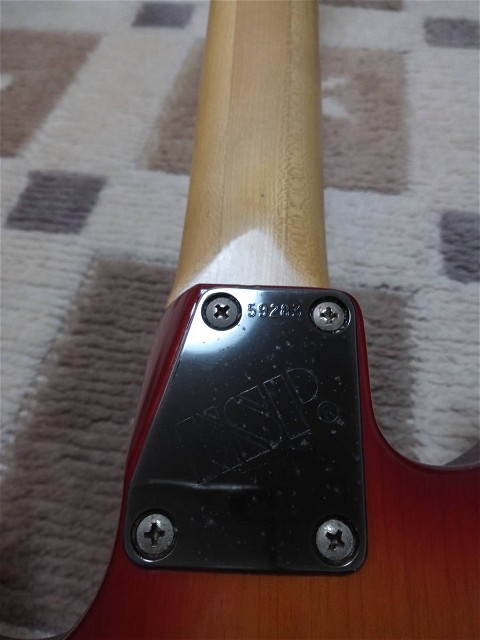 With that headstock, bolt through the neck for the floyd nut and only 22 frets, it should be a very early 90s (possibly 1990) M-II. 24 frets and a bolt-on neck would be an M-II Deluxe, a set neck would be a M-II Custom.

Thanks a lot Pushead!! Much appreciated. The serial number suggests 1989 (59283), but possibly assembled in the early 1990’s. Not an ESP expert but understand neck plate numbers and actual date of completion of a guitar can be off by a year or two.

It may be as early as 88 or 89, but the first year I remember seeing the current style headstock (and not the Jackson style) was in the 1990 catalog.

After posting, I did some more digging and I couldn't come up with anything definitive. It's entirely possible that the guitar was custom ordered with these specs. 2 humbuckers wasn't super common from ESP in that era and I don't think I've seen that control cavity route before. I think it's a legit ESP, but there are so many things ESP did back in the 80s that it could be just about anything.

Many thanks once again!!

Hopefully I’ll find out over the next few weeks, once it arrives from Japan. Will take it to the tech for a thorough clean and a proper set up.

Will also ask him to unscrew the neck and take some pictures. Maybe there are some marks/stamping on the neck/neck pocket that can shed some light on the year of manufacture and actual model. I’ll revert once I have more details.

Yesterday I disassembled the old ESP I recently bought to give it a good clean before sending it to the guitar tech and found the inscription below on the neck.

According to Google translate it’s an address in Shibuya (Tokyo). I guess it simply is ESP’s Tokyo address, but was wondering if it had any relevance or meaning. My guess is that it doesn’t, but trying to learn as much as I can about the guitar.

Also, found that it is not an M-II. It started life as a HS guitar, but someone routed if for HH (real pity as I love HS guitars), so I presume it is technically some sort of Mirage?? 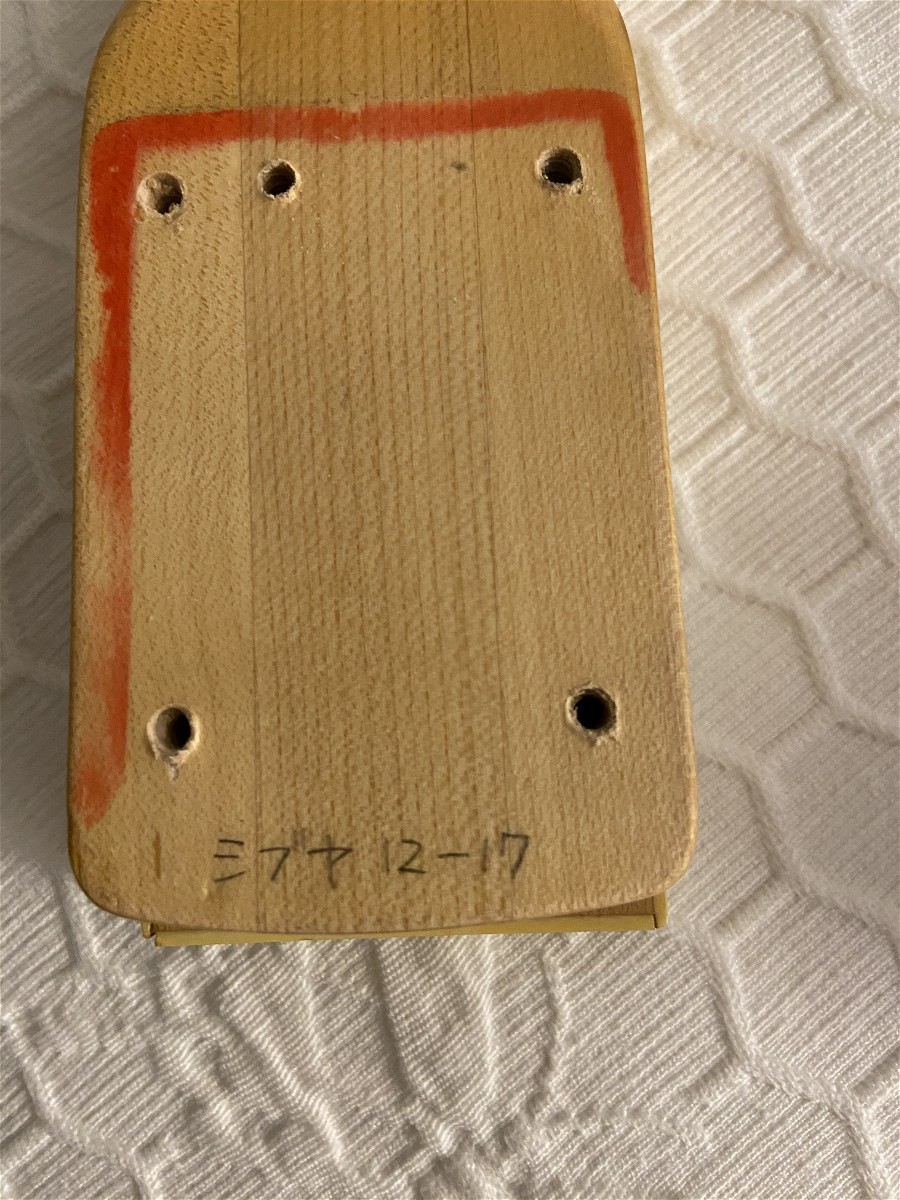 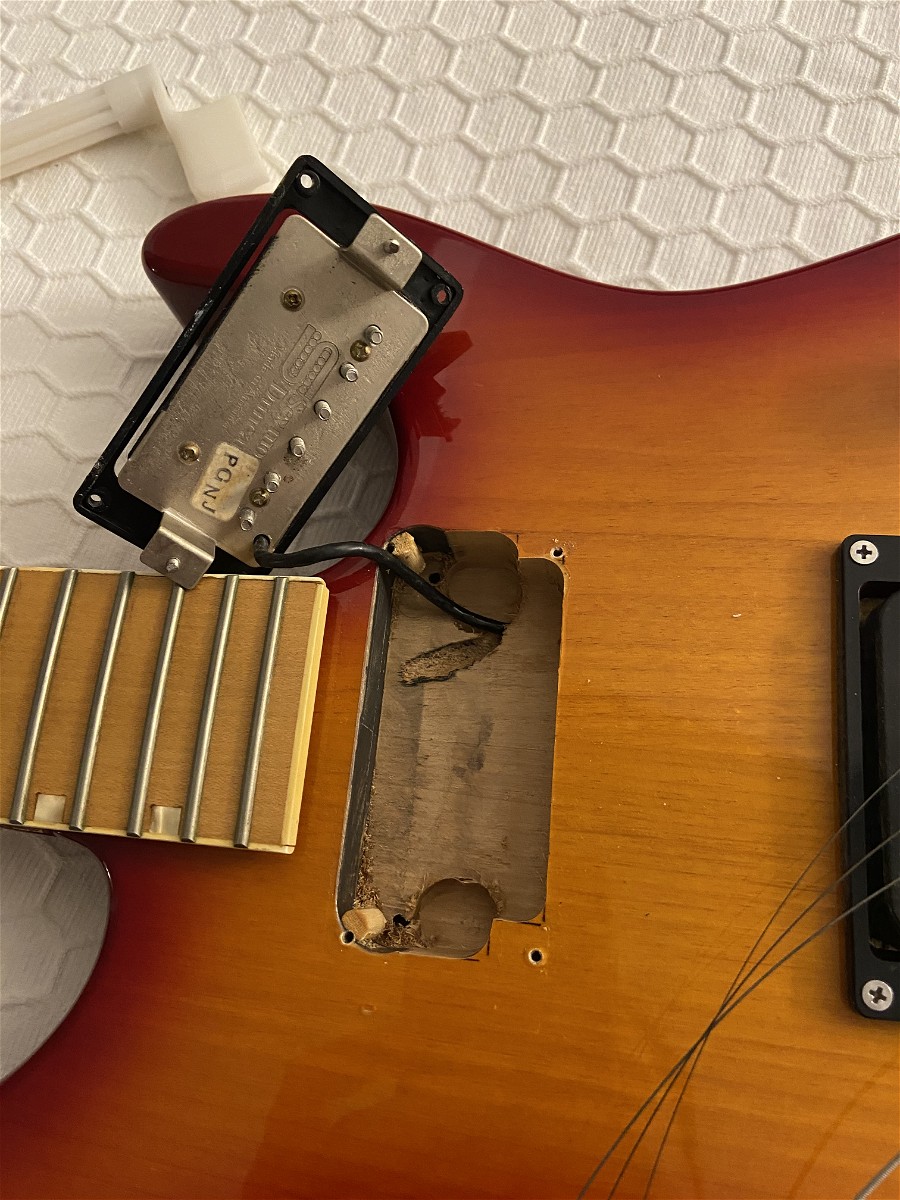