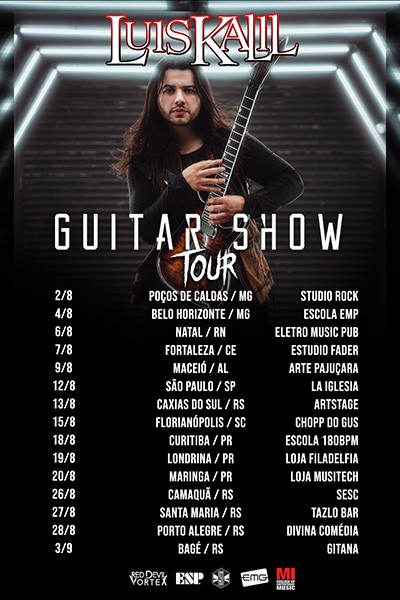 When we first met guitarist Luís Kalil about ten years ago, he was barely 13 years old, but he already had the drive and the talent we knew would have an impact on the world of music someday... and we were right. Now in his early 20s, Luís is very respected in the world of shred guitar, and this virtuoso is hitting the road in his native Brazil for a series of live shows that you will not want to miss! Earlier this year, Guitar World Magazine took notice of Luís and his song "Reverse Strike", on which the magazine wrote, "The tapping technique, which is on display immediately in the high-octane intro, sees the metal maestro navigate the fingerboard of his ESP Horizon model with the grace of a pianist, with a vocal-esque melody exploration preceding the Whammy-charged breakdown hook."

If you're in Brazil, or anywhere in the Southern Hemisphere for that matter, try and see Luís cast his musical magic live!

Where can we watch your performance online? https://www.chimneysweepwilmington don't have much time to go on Live shows.

It's nice to see you here, Luis! Our concrete contractor is looking forward to your US Tour.

This would be great. Hoping to be at one of those events.
local moving companies