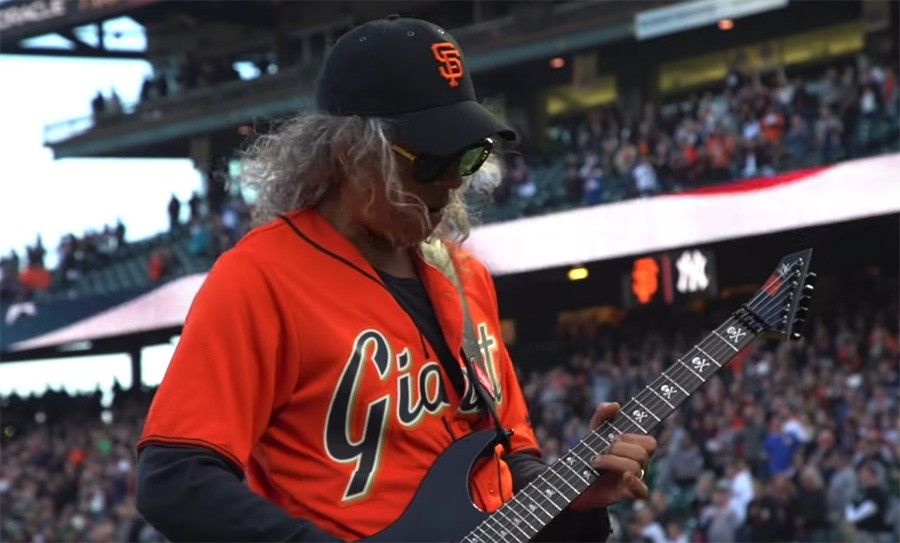 For the past seven years, the world's biggest metal band has hooked up with their hometown Major League Baseball team for a special night that both entertained fans and raised a boatload of money for worthy causes. On Friday April 26, all four members of Metallica -- ESP icons James Hetfield and Kirk Hammett, along with drummer Lars Ulrich and bass player Robert Trujillo -- were present at San Francisco's Oracle Park, the home of the San Francisco Giants, for the now-annual "Metallica Day" event.

As per previous years, James and Kirk rocked the national anthem in their own inimitable way, and then Lars threw out the first pitch. Metallica also announced the starting lineup for the game, which saw the Giants facing the Yankees. The band treated the event as an opportunity to raise funds for a worthy charity, and this year's proceeds benefitted Metallica's All Within My Hands Foundation. ESP provided the band with two specially customized versions of their signature instruments: a James Hetfield Snakebyte and a Kirk Hammett KH guitar, finished in the colors of the team and emblazoned with Giants logos. The Metallica charity's mission is to create sustainable communities by supporting workforce education, the fight against hunger, and other critical local services, with support for music education programs and food banks. The special ESP custom guitars were raffled after the game, raising $63,340 for this noble cause. Check out some shots of the guitars below. 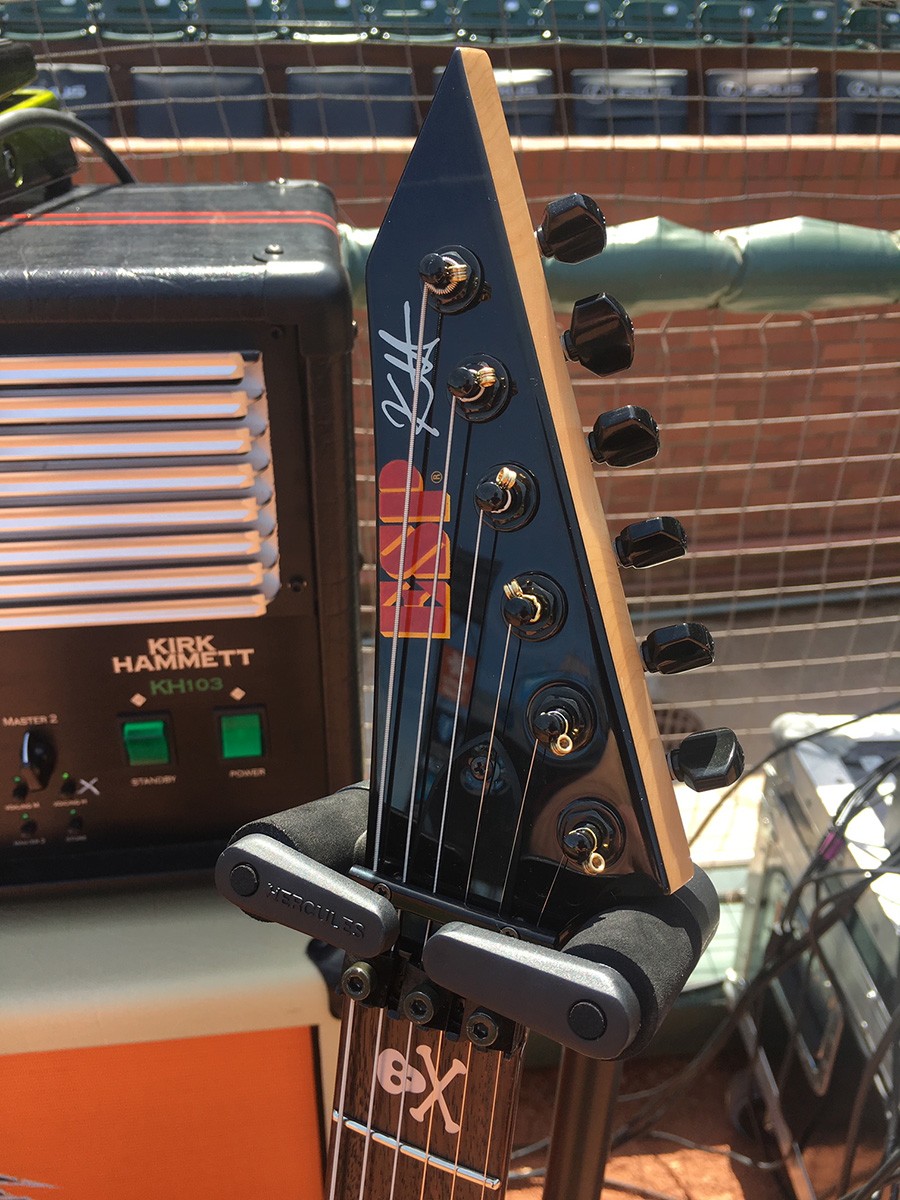 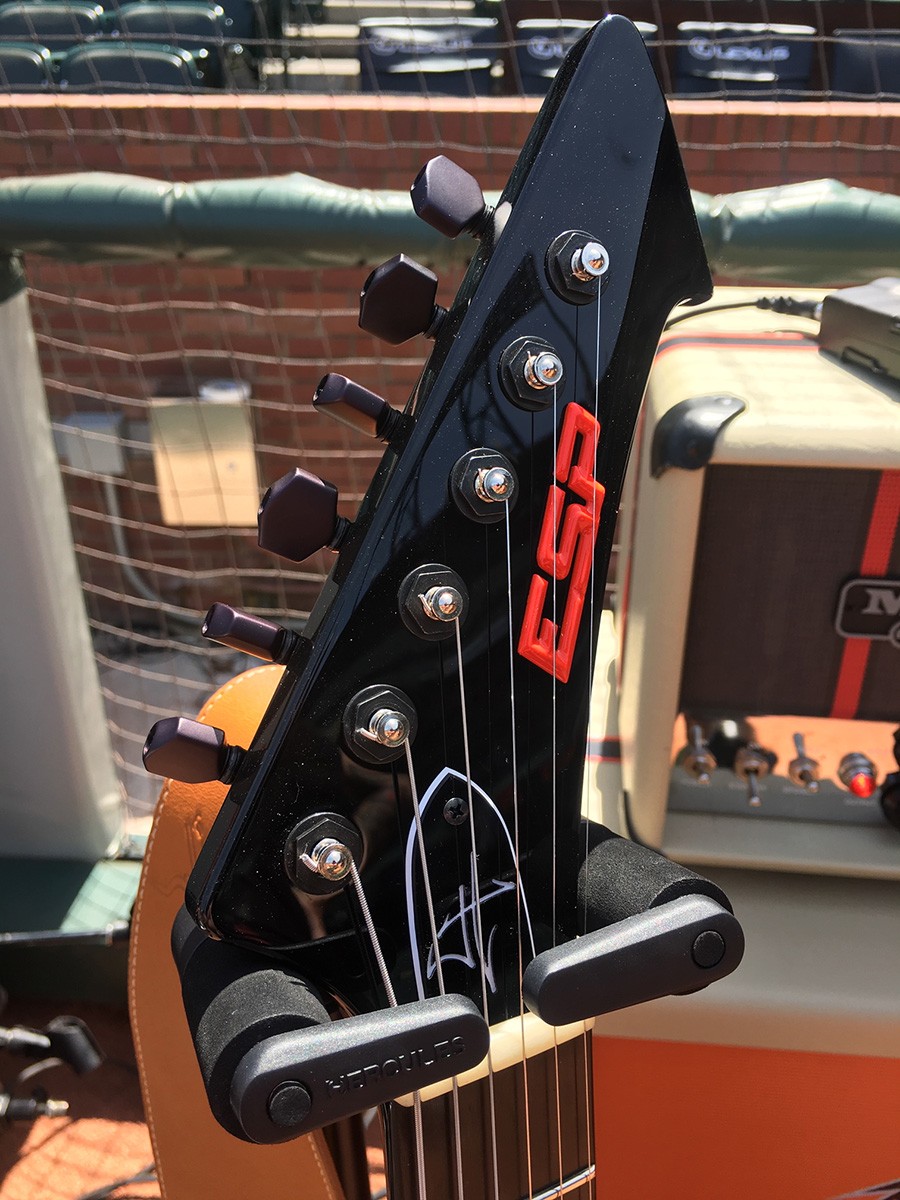 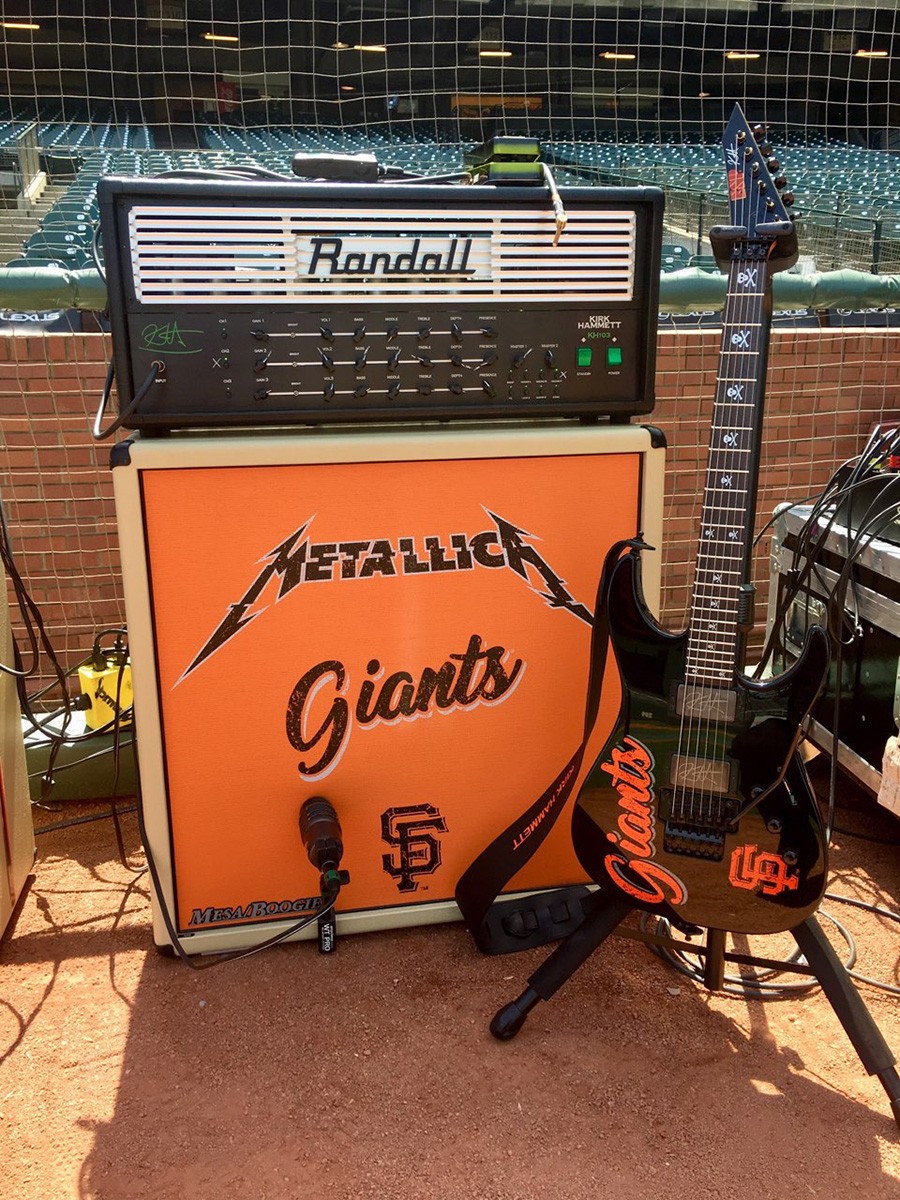 With close ties to the Bay Area, members of Metallica have also performed for the  Golden State Warriors NBA games and San Jose Sharks NHL games. Check out their performance of the national anthem at the 2019 Metallica Day below.

Metallica seems like losing their heavy music power after the Reload album ... they should go back on 90's music style .. otherwise they are already dead on my view.

It is wonderful that there are activities that help support education. Students always need help and it is good that there are resources https://studyhippo.com/art-midterm-chapter-6-8/ that help students in their studies. I hope that there will be more such charity events.

Music is what I live and how I can have fun, I studied and read a lot of articles related to music and musical instruments on your site, so after I found expensive instruments here I immediately wanted to buy a couple of these and helped me to do this, because it was after I twisted a few slots that I won a large amount of money.

Wow, this is a cool rock festival, I would have enjoyed it.

I truly dig tte way Metallica supports the Bay Area. They moved up here from LA to have their own home and have not abandon it!