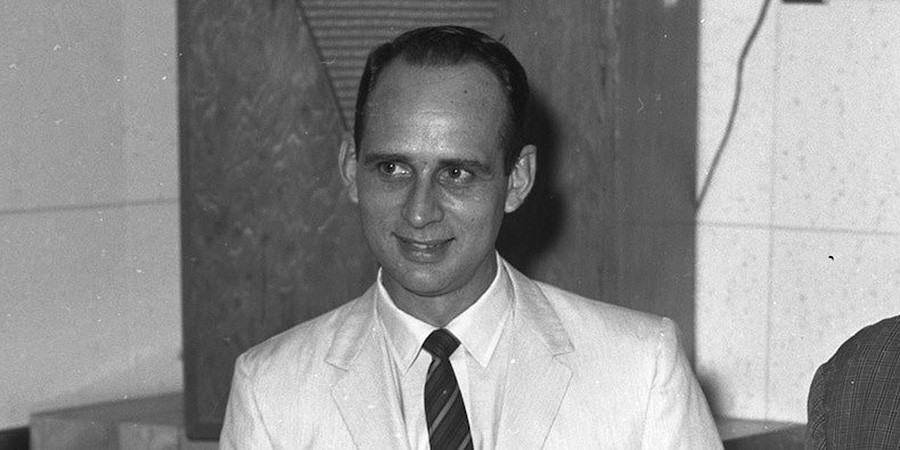 Here's a question: what would have happened if no one had ever heard the sound of a distorted guitar? Go ahead and think about songs like Metallica's "Master of Puppets", George Lynch's "Mr. Scary", or Slayer's "Raining Blood" done exactly as they are but with no distortion at all, with the only known tone of a guitar being clean. Would life as we know it be anywhere close to the same?

No, of course not. If your musical universe has been centered around the sound of crunchy, fuzzy, and overdriven guitars, the person you have to thank is a gentleman named Glenn Snoddy, who passed away on May 21 at age 96. The story of how guitar distortion was created is a fascinating one, and like many important innovations, it happened by accident.

Mr. Snoddy was a respected and experienced audio engineer who'd worked since the 1940s on legendary country recordings by musicians like Hank Williams, Johnny Cash, and many others. It was one day in 1960 at a studio in Nashville that they were doing a live session by Marty Robbins, and guitarist Grady Martin was laying down a solo. But in the studio and the control room, they knew something had gone wrong. A transformer in the amplifier had gone out, and the sound that came out was unlike anything anyone had heard before. But the session musicians all loved the vibe, and when they sent the recording to the label, the execs at Columbia Records loved it too.

The rest of the story is pretty simple. Other musicians heard the sound and wanted to replicate it, so Glenn Snoddy created a little box that made the same "mistaken" sound that could be engaged when a guitar player clicked a switch, thereby inventing the first effects pedal. A few years later, the Rolling Stones were recording "(I Can't Get No) Satisfaction" and Keith Richards used Snoddy's fuzz pedal to try and replicate the sound of a horn section. After that, pretty much everyone associated the sound of distorted guitar with the emergence of hard rock, which led us down the road to the sound of modern rock and metal today.

While the sound and tones of guitar distortion changed and evolved over the years, that random moment of a transformer blowing up was the ignition point of an entire genre of music that has continued for well over 50 years. In addition to his invention of fuzz, Mr. Snoddy was also a veteran of the U.S. Army, and served honorably in World War II, receiving three bronze stars for his heroism. Next time you step on a stomp box and kick your guitar sound to the next level, raise those horns high for Glenn Snoddy, accidental creator of heavy music!