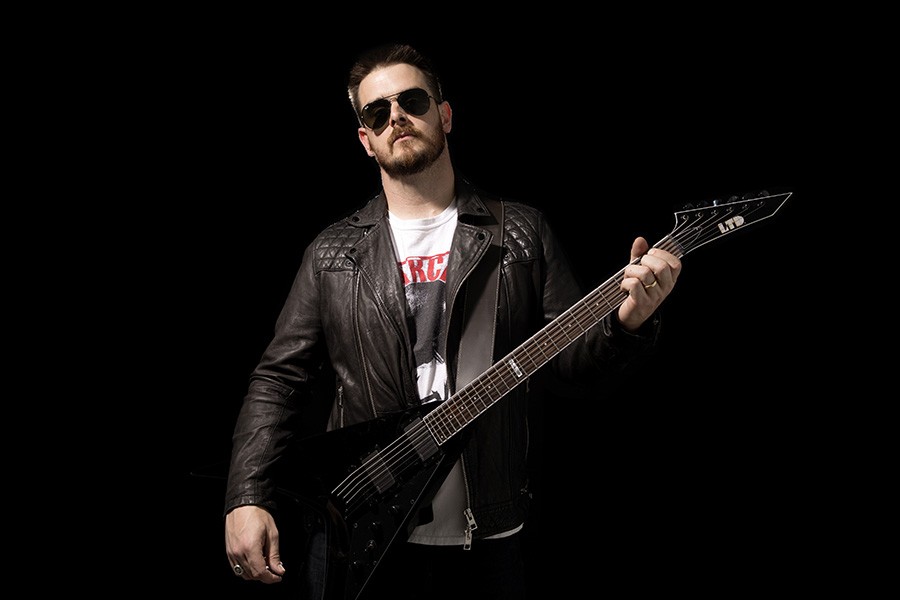 Todd Jones is a founding member and frontman of Oxnard, CA-based hardcore punk/metal band Nails. The band is pushing the boundaries of intense sonic power and genre definitions, and getting a ton of recognition on both fronts. Todd signed on the ESP artist roster earlier this year.

Todd, do you remember the first time you became aware of ESP Guitars?
Yeah, I do. The first time I heard about ESP Guitars was in 1993 when I was in 7th grade. I saw that picture of Kirk Hammett from Metallica, playing one of his custom ESPs. I really wanted that guitar, but of course, I couldn’t afford it.

What ESP model are you playing now?
I’m playing a V. I have the LTD V-407B and the E-II Arrow.

What do you like about it?
It’s a utilitarian guitar. It does all the tricks I need it to do, but it’s very minimal. It looks sharp. It reminds me of the early/mid ‘90s era of heavy metal guitar playing. 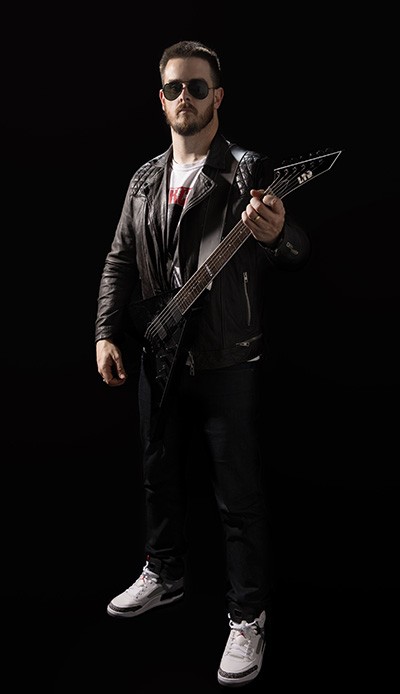 Let’s talk about Nails music for a moment. A typical pop song runs for about three minutes. Many Nails songs run less than half of that. What’s the appeal of writing shorter, tighter songs?
I don’t know. We started this band, and people ended up liking us. We don’t aim to write short songs on purpose. I play faster tempos, so we get the verse and chorus wrapped up quicker than something you’d typically hear on the radio.

How old were you when you started playing guitar?
I was 11 years old. I was watching Nirvana’s “Lithium” video on MTV. I saw Krist Novoselic jumping around. It looked like a lot of fun. My father was a musician, and he set me up with a bass. I transitioned to guitar after a couple of months because it offered a broader range tones than bass could provide.

Other than seeing Nirvana looking cool, what made you want to play?
I just wanted to learn to play, and to play songs I liked. I had no ambitions at that time. I was 11 years old and was just looking for something to do. I was already listening to Nirvana at the time. I had Nevermind, and I had Metallica’s black album.

Is there something specific you look for in a guitar?
How the fretboard feels, and how that feels on my fingertips. With the LTD and ESP guitars, one thing I really admire is that they always feels good. You don’t need to spend $2000 to get a really good-playing guitar. I think that in the guitar market, which is very competitive, ESP is one-up on everybody.

You do a lot of live shows, doing tours and festivals. Is reliability an important factor for you?
Yeah. That’s the other main reason I wanted to go with ESP. If something were to happen to my guitar while I’m on the road, I can find a guitar store within driving distance and just get one.

Like I said, you don’t have to spend $2000 to get a great guitar. I really like it because I feel like I wanted to play guitars that musicians I admired played. For a younger kid, getting vintage instruments was not obtainable at all. If there’s a kid that plays guitar who wants to play like Nails, ESP is the company

Do you do anything specific to keep your guitars in good condition during a tour?
Yeah. After every two shows, I change strings, and wipe down the guitar with a cloth. I do it so that sweat doesn’t impact the guitar’s body or electronics. You have to keep that shit clean and maintained. I like to have sentimental attachments to the instruments I play. I feel that playing music is a sacred thing. You need to keep them in good shape.

Nails is often labeled as hardcore punk, but when I listen to your guys, I hear a lot of different musical influences beyond hardcore. Do you even give a shit about labels of genres?
I care as a listener and as a fan of music. Genres give listeners some sort of basis as to what they can discover and listen to. I appreciate it.

I am proud that some people think we’re punk and hardcore, and that some others think of us as metal. I’m just happy people are interested in our band. We’re happy with any of those names. As far as our sonic template, we’re metal as far as music goes.

I hate to ask the “Who are your influences?” questions, since it’s such a cliche, but I am interested in where the Nails sound developed from.
It’s easy. Kerry King and Jeff Hanneman of Slayer. Bones from Discharge. James Hetfield in 1985-era Metallica. Bill Steer from Napalm Death. Lyle Preslar from Minor Threat. I guess that’s enough.

As both a songwriter and a music listener, what’s the attraction to the aggressive and sometimes violent themes found in Nails songs?
I would say if anything, our lyrics are meant to focus on what it’s like to be a human, and to be marginalized constantly. Sometimes that comes out in themes of violence.

Do you make it a point to be receptive to other forms of music beyond the style your band plays?
Yes, absolutely. I been listening to a lot of Funkadelic lately. Eddie Hazel’s guitar playing is a great influence on me. I also like the new Queens of the Stone Age album a lot.

That’s an interesting point. I agree that it’s a great album, but a lot of music fans seemed to start bashing it before it even came out, due only to Mark Ronson being named as the producer. They hadn’t even heard it yet.
I didn’t even know who he was until I started reading the reviews. I saw the album and listened to it and liked it. It’s hard to be around all the social media and things to not notice things. I was lucky to avoid the big media push.

Another recording I like a lot is the new Beck. People don’t understand that, especially on this new album, Beck can make music that’s designed to antagonize people. 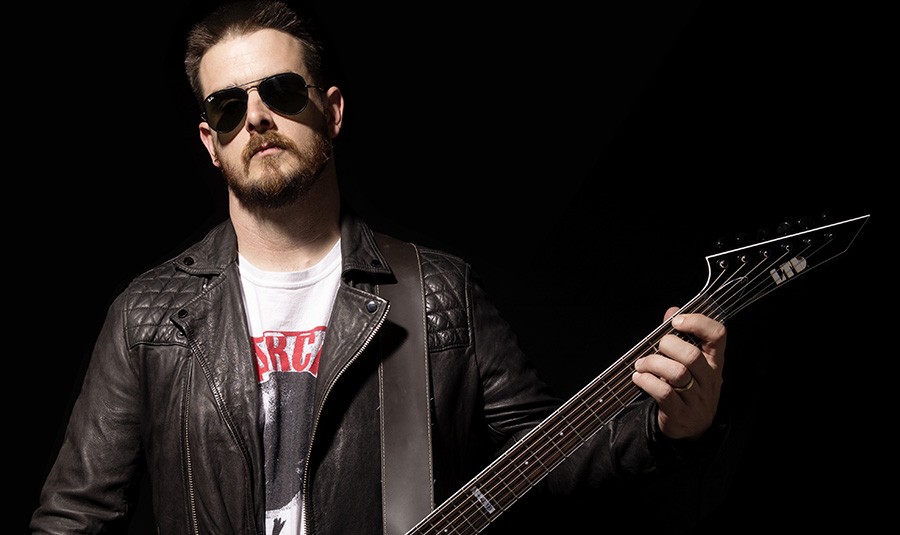 Back on the topic of guitars: what’s your preference between passive pickups like Seymour Duncans, and active pickups like EMGs?
EMG. I feel they make the best pickups. When I was 18 and starting to play more aggressive music, I found that EMG pickups had a great crunch and great palm mute. What sealed the deal for me was when we were recording with Kurt Ballou. That was it right there. He liked EMGs and I’ve used them ever since. Those EMGs are the greatest, in my opinion, when it comes to this type of music. The guitar I play came loaded with those, an EMG 81 and EMG 85 set.

That brings me back to the appeal of ESP. It’s a straight-up work guitar that comes with great electronics and components. The tuning pegs are great. Everything just works.

Last question: a lot of musicians learn to play and get a few riffs and styles down, and then they hit a plateau and stop progressing, and that’s as good as they’re going to be for the rest of their lives. Do you do anything in particular to try and continue to grow as a guitar player?
I like to jam with all types of musicians. I like to learn about how other people approach their instrument and their style, and by playing with them, you find that you can always pick up something new.

Keep up with Todd and Nails at their Facebook page.