Gary Holt's Guitar, Painted In His Own Blood

Gary Holt's Guitar, Painted In His Own Blood

Normally here at ESP Guitars, we like to show and tell you about guitars and basses you might consider owning for yourself someday. However, in this case, we're pretty sure that a) only one of these guitars will ever be made and b) you're not going to ever play it... and probably don't want to, as you'll understand better in a moment.

On Saturday January 23 at the 2016 NAMM Show, ESP player Gary Holt (Exodus/Slayer) was scheduled to do a live performance, which he did to the delight of the hundreds of thrash metal fans attending the show, and thousands more who were watching on our live stream of the event. But in the midst of his performance, the music came to a stop while Gary invited acclaimed artist Vincent Castiglia onstage for a special presentation. Castiglia was unveiling a work of art that had been commission by Holt: an ESP Eclipse painted entirely in Gary's own blood. 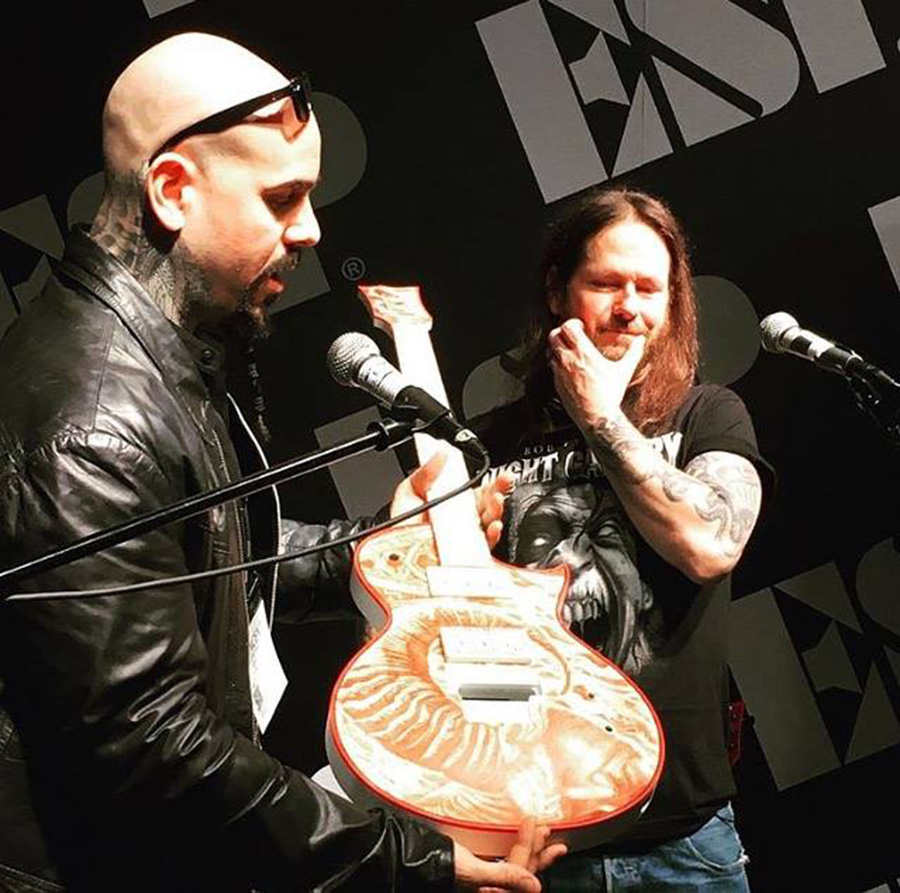 Gary sees his blood-painted guitar for the first time onstage at the ESP booth at NAMM 2016.

Yes, you read it correctly. The entire finish of the guitar was created with 18 vials of Gary's own blood, which was drawn backstage after a Slayer show in Long Island, NY. Now that's metal! Castiglia explains, "The piece is historical in that, to my knowledge (or the knowledge of Google) this is the first functional guitar in human history to have been created entirely in the musician's blood. That puts it in a unique position, as it's a functional piece of fine art that memorializes Gary Holt's life's work with his lifeblood, my mind and hands having been the vessel for its creation."

Gary had not seen the guitar until the moment it was revealed at NAMM. "It was very exciting to finally be able to reveal the "blood guitar" painted with 18 vials of my own blood at this year's NAMM!" he says. "This Vincent Castiglia original is the first of its kind. This weekend was also my first look at it in the flesh so to say I was stoked is an understatement! Looking forward to taking this one of a kind piece of dark art out on tour in February!" 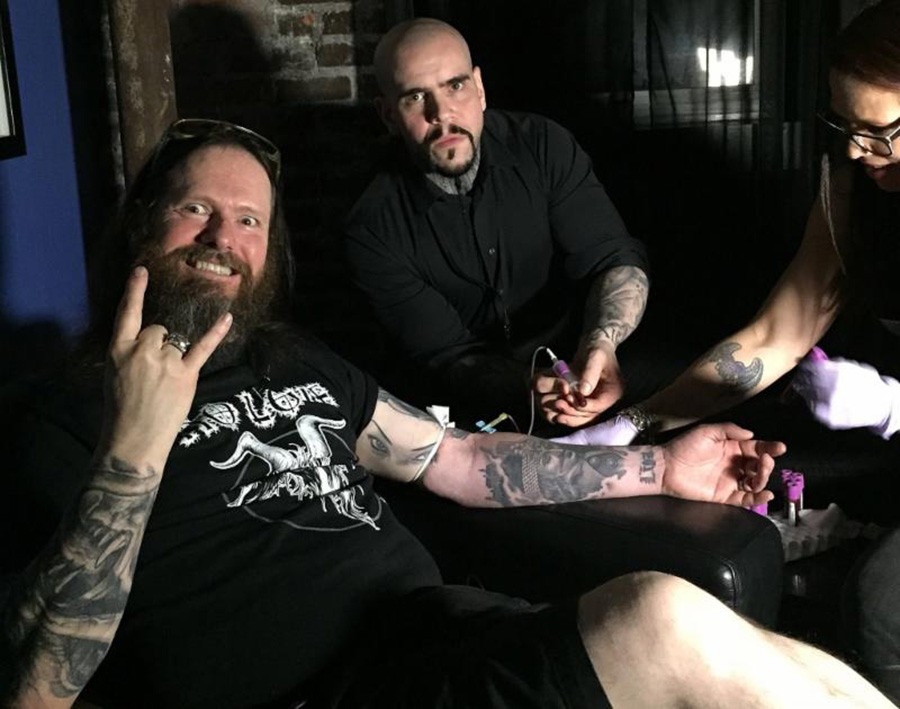 Vincent Castiglia is the first American artist to receive a solo exhibition invitation from Oscar Award-winning artist H.R. Giger in the history of the H. R. Giger Museum Gallery. Vincent's art has been praised by fellow artists, musicians, and other notables throughout his career. His work has been featured on The National Geographic Channel (NatGeo), FOX News, CNBC, BBC, Spike TV, The Discovery Channel, The Science Channel, and more. 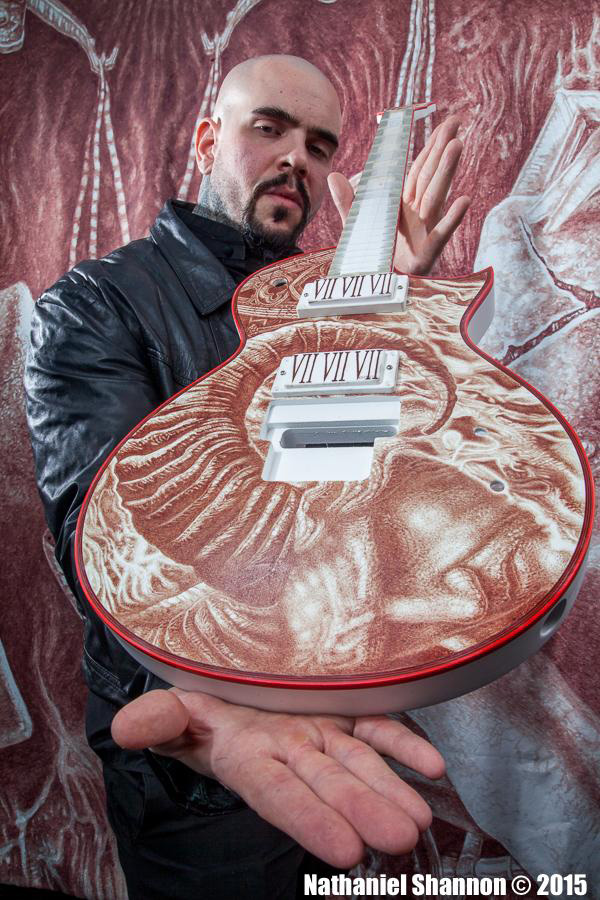 The artist and his work.

While we commend Vincent for his amazing creative work, and Gary for taking Exodus's "Bonded by Blood" theme to an entirely new level of commitment, we need to recommend that anyone else seeking to use their own blood as a means of artwork do so only under medical supervision. Also, if you want to make use of your blood for something other than its intended purpose inside your body, the American Red Cross is always in need of donors. Still, this guitar (as yet unfinished, as you can see in the images) is undeniably bad ass, and we look forward to seeing Gary live with Slayer later this year to see it in action.

This is easily one of the most hardcore metal things I've ever seen...

If he doesn't play it during Raining Blood then he's missing a trick...

That is so brutal and awesome. I'd love to own that. Would not play it, just have it hanging on the wall.