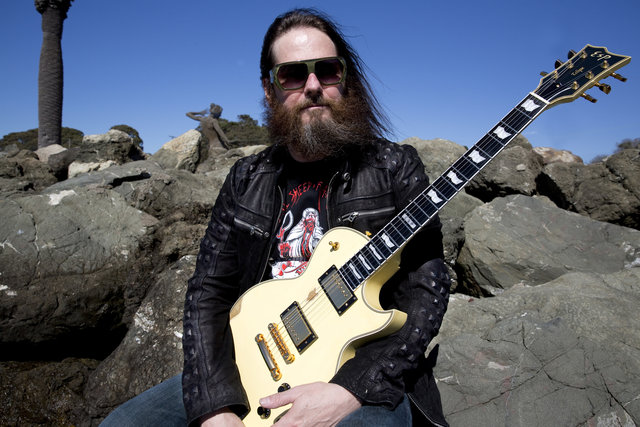 Gary Holt, the respected guitar player who started with Exodus in 1981 and joined Slayer in 2011, is now part of ESP Guitars’ acclaimed artist endorsement roster.

"I am way beyond excited to announce my return to the mighty ESP!” said Holt. “The new guitars are amazing, and I can't wait to unleash the new signature model on the world! It's gonna be a sick shred machine with that crushing tone ESP has been long known for! Can't wait to let this beast roar!"

Metallica guitarist Kirk Hammett, an early bandmate and decades-long friend of Holt, commented, “Gary has influenced a whole generation of metal guitarists with his wicked riffs and leads in Exodus. I'm happy that he's jumped on for the ESP ride!”

ESP’s director of artist relations Chris Cannella says, “I am so proud to have Gary onboard at ESP. Not only is he one of the best players in metal… he created thrash metal!”

Gary Holt joined Exodus in 1981 shortly after their formation, and has been the band’s main songwriter ever since. Holt has performed on every Exodus album, and is considered highly influential in the world of thrash metal. In 2011, he began filling in for Slayer guitarist Jeff Hanneman at live shows, and became the band’s full-time co-guitarist as of 2013, while remaining a member of Exodus. In October, Exodus will be releasing their tenth studio album, Blood In, Blood Out, on the Nuclear Blast label.

Hope I get to see them in november