Bid on one of Jeff Hanneman's personal instruments, and help Wounded Warriors!

Bid on one of Jeff Hanneman's personal instruments, and help Wounded Warriors! 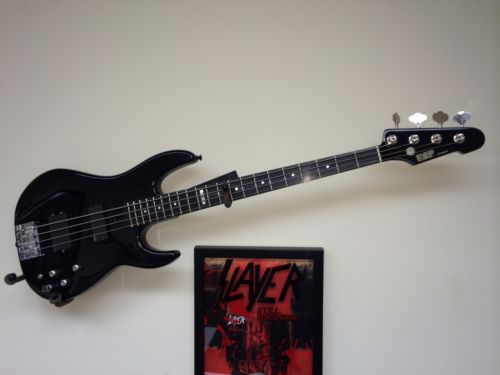 During his lifetime, few people better represented the attitude of ESP than Slayer's mighty guitarist and songwriter Jeff Hanneman. As you're undoubtedly aware, we lost Jeff in May of last year. It was a terrible blow to the band, to ESP, and most of all to Jeff's family. But Jeff's legacy lives on in many ways, through his music, and through the continued support of the causes that mattered most to him.

ESP has partnered with Jeff's estate to offer you a chance to own a part of rock history. We have put together an auction for an ESP Surveyor-II Bass that was part of Jeff's personal collection. Proceeds from the auction go to the Wounded Warrior Project, a cause that was very special to Jeff. WWP is a veterans service organization that offers a variety of programs, service and events for wounded veterans of the military.

The winning bidder receives the Surveyor in its original hardshell case, as well as a signed letter of authenticity from ESP and Jeff's wife Kathryn Hanneman. Don't miss this once-in-a-lifetime opportunity to support a great cause. The auction will run through February 28. Click here to bid today!

i need that bass r.i.p jeff

james, dont know if you get to see this message but maybe in less than a year, there will be a new album