Guitars in the LTD 1000 Series are designed to offer the tone, feel, looks and quality that working professional musicians need in an instrument, along with the pricing that typical musicians can still afford. The M-1000 is a serious player’s guitar that employs a set-thru, extra thin-U shaped 3 pc. maple neck for the ultimate in shredding on its 24-fret ebony fingerboard. This alder-bodied guitar’s fast feel is complemented by its dual EMG 81 active pickups, with the resulting aggressive tone you need, and a Floyd Rose bridge. 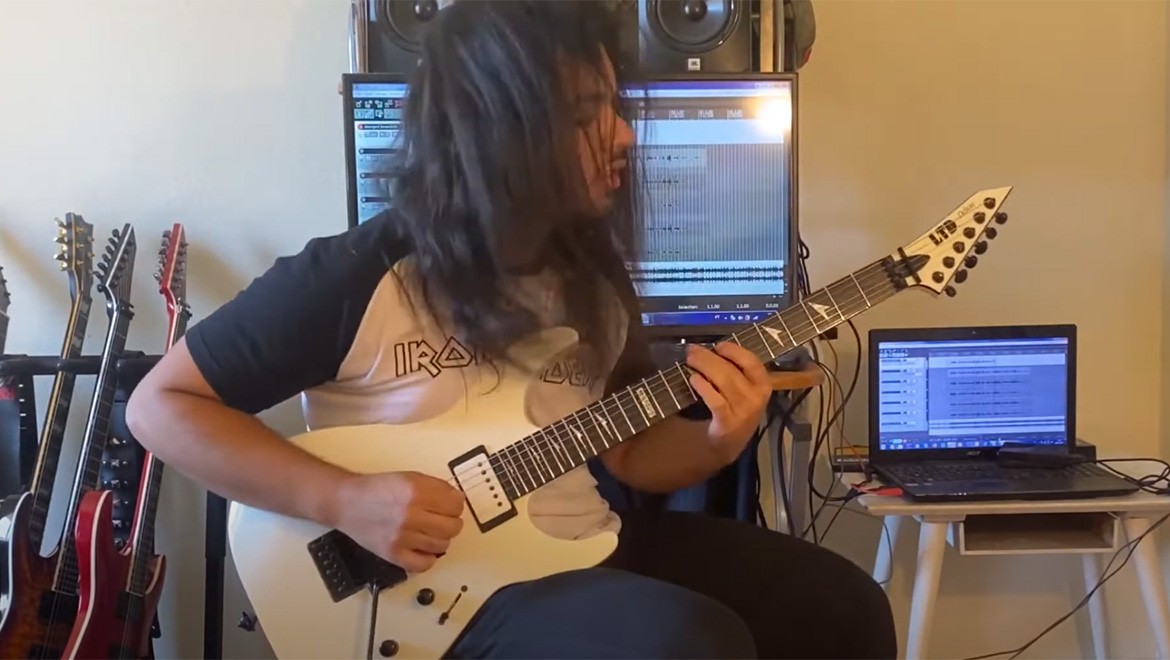 Jeff K.
1 Comment
Here's a rare moment where we get to show you the incredible skill of an virtuoso guitarist who plays ESP as well as Takamine Guitars, which we distribute in the USA. Luís Kalil became the youngest-ever ESP endorsee at age...
MORE » 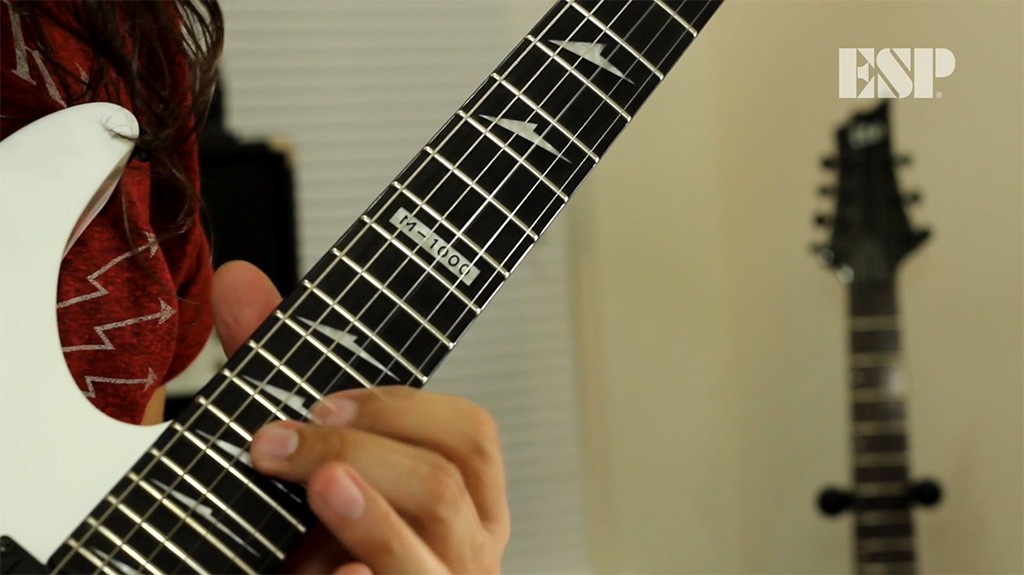 Jeff K.
4 Comments
It's a battle to the death! Okay, not to the death, but you'll be the judge when UK-based ESP players Pat Heath and Jamie Hunt respectively arm themselves the new LTD M-1000 Ebony Snow White and the LTD M-1000SE Vintage...
MORE »
Like (1) Dislike (1)
Follow

I want to buy the M-1000 but after looking at these reviews it makes me change my mind. Has anything changed regarding where this is built and the inspection process. At this guitar price there shouldnt be any issues.

if you have any questions you may reach out to our customer service team at customerservice@espguitars.com or https://www.espguitars.com/pages/support

How can I find those silver parts on this Floyd Rose

if you have any questions you may reach out to our customer service team at customerservice@espguitars.com or https://www.espguitars.com/pages/support

You can really see how ESP has cut costs on these. I got two, both inspected by Sweetwater and ESP and both judged to be fine. First one had off center nut and separated clear coat around the binding and nut. Paint run on the neck. 2nd one had a hair in the paint and a run! Large patches of visible grain all over. They also cheaped out on a battery cover instead of box. 2nd battery cover was impossible to pry out. Ended up working it free with some finesse and cursing. Would not go back in without being forced. Just these little things that should have been rejected or fixed along the way.

Fundamental problems with this turn towards cost cutting include awful trem routes in both guitars. Splinters and grain just painted over and extremely visible. No more model number 12 fret inlay. Those points on the inlays? Theyre only routing em out in one stage that is too big for the points. Every point on those inlays has visible black filler. Easily remedied by a two stage process but gosh that might cost ESP a nickel more per guitar. Instead of model number inlay you get it on this chintzy plastic truss rod cover that is sorta embossed but it just looks god awful in person.

The painted necks are another cost saving measure. Painted necks feel awful and everyone hates em. You'll notice browsing through ESP's catalog that you only get that on $1600 LTDs and above. It's a compromise and I'll live with it but know why they're doing it. Probably hiding some real awful looking maple hackjobs too. They're also going with cheapo mini pots on these and about three miles of excess wiring lazily shoved in there. Tone pot on 1st one did absolutely nothing. Who knows what was wrong with wiring.

Don't think ESP is gonna do anything but continue to cut costs as all large companies do so instead of buying this buy used Korean LTDs.

Hell they don't even give you a printed manual or any sort of literature whatsoever. You get a zip lock with allen keys and a trem arm. That's how cheap they are.

Hi Evan : Had some similar QC there and happy to see i'm not alone. I've a lot of LTD and i must say i'm really surprised by the drop of quality control for the M 1000. My  Indonesian EX 401, M 400, MH401QM, EC 401 were all indonesians and really well made. My MH1000 is Korean and it's really a great guitar, of the highest standard. But why for this model it's a matter ? Check these links also :

I guess they do have an $1100 (hardtail) set thru with unpainted neck so forgive me!

Sorry you feel that way Evan, while we do work to produce quality instruments on occasion there are a few that escape our quality control process...and it would appear to have gotten through Sweetwater's as well.  If you feel there is an issue with your instrument you can always work with your dealer to resolve the matter, or you may reach out to our customer service team if you would prefer to deal with us directly.  They can be reached at customerservice@espguitars.com. In regards to the manual, this is available online in the form of a PDF.  We feel it is better to save the waste of paper manuals by providing this digitally.

Eh I've been through 2 of em, I'm living with the 2nd one issues aside. Don't have much time to keep trying to get a good one. The issues are fundamental as opposed to just one or two guitars. You really should move 1000 level production back to Korea.

@Evan S.  - sry to read you went through this.  At $1k for  guitar this is unacceptable.  I have an E-II Japan Eclipse, and the build quality is phenomenal, but I really wanted to try out an LTD.  no thanks!

Since i saw the Deluxe M-1000, i´ve been thinking that this incredible guitar deserves a seymour Duncan JB version...

currently offering a few M series instruments with Duncan pickups, though you could always add the pickups of your choice later, not very difficult.

Yeah, i was thinking the same, not a big fan of EMG hehe. Thanks a lot for your time!

You are so right on man- That's exactly what I'm doing right now...lol..-but with the black deluxe model with those trick inlays..  Goin for the Pegasus and Sentient, tricked out with gold hardware, etc   I just got a guitar with emgs- and umm....yea  They actually sound cool for certain things, but man, they are just missing something?  I'm still trying to keep an open mind about em' but there is a sterile , kind of generic quality to them..  High output passive humbuckers have those dynamics that u just can't beat-  Duncan's are funky-clive bra!!-

Does anyone know if this is an R2 or R3 sized nut? I currently own this guitar and am upgrading to an Original Floyd Rose but I can't tell what the actual size is.

This will use an R3 nut, this will usually be stamped onto the bottom of the nut for reference.