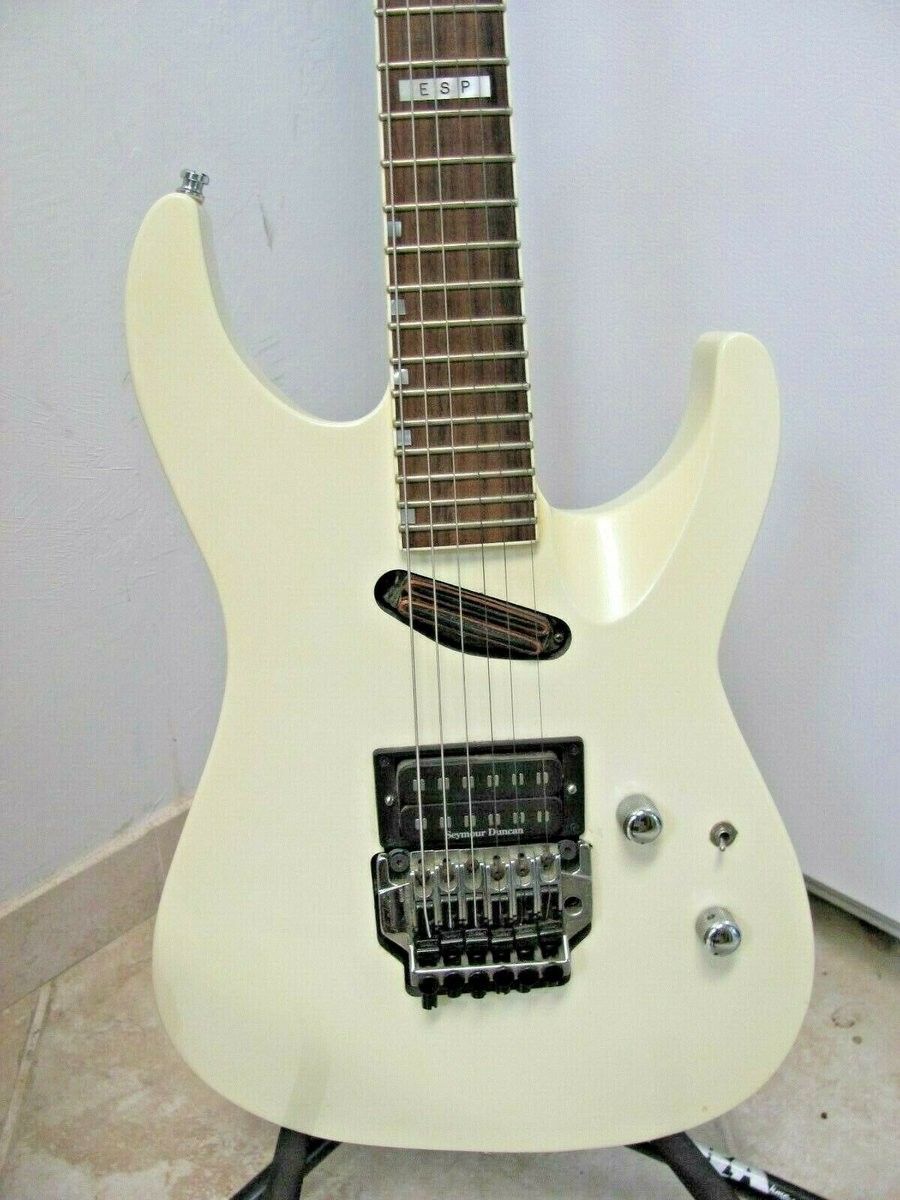 Hard to tell without more pics, but I suspect the neck pickup route is stock. The bridge, on the other hand is probably not stock. It looks wonky because the bridge pins are sitting outside of the route. I wonder if they pulled out at one time and had to be re-drilled, or if they found a bridge that was "close enough" when they replaced it.

The guitar is from the early to mid 80s, based on the rounded Jackson shape, (possibly even from the Kramer co-production days.) The body and cutaway shapes seem fine.

I'd say "legit," but then ask why you would want it?

What do we think about this Vulture?

I really hope this is the real deal, because I get a good price and I really want this model.

But I can't see it in person before I by it, since it is located in the other end of the country.

The thing that throws me off is the CoA. Hetfield has never signed his name like that. And when I look at the CoA from the #8 guitar it looks totally different.

But that might be because this (#24) guitar is from Japan and the no8 is from the states? I thought that there where no more signature series from the US since 2012, all was from the Custom shop in Japan?

The no: oh cant publish URL. But Google ESP Vulture Certificate and the no8 is the one that shows up with pics with both the guitar, CoA and case. 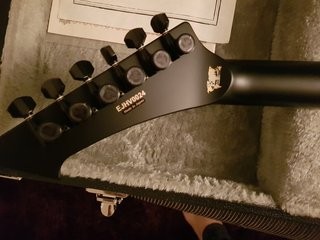 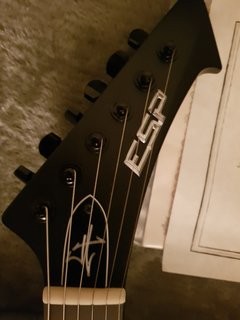 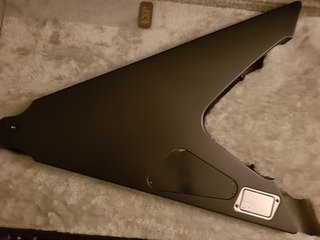 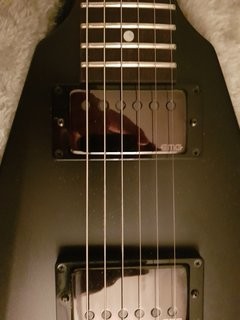 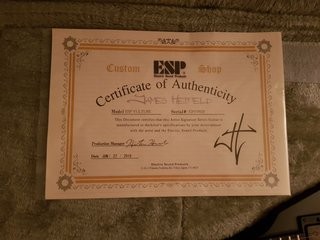 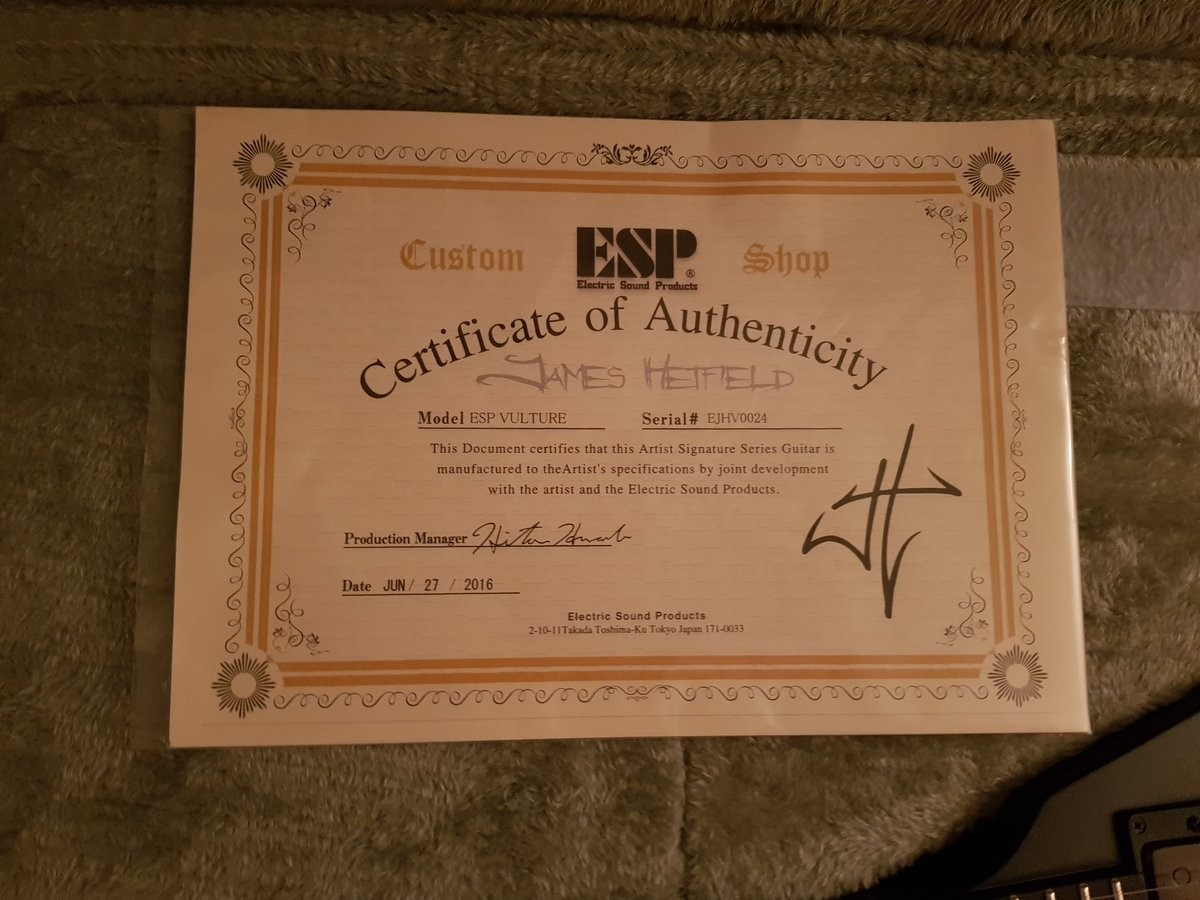 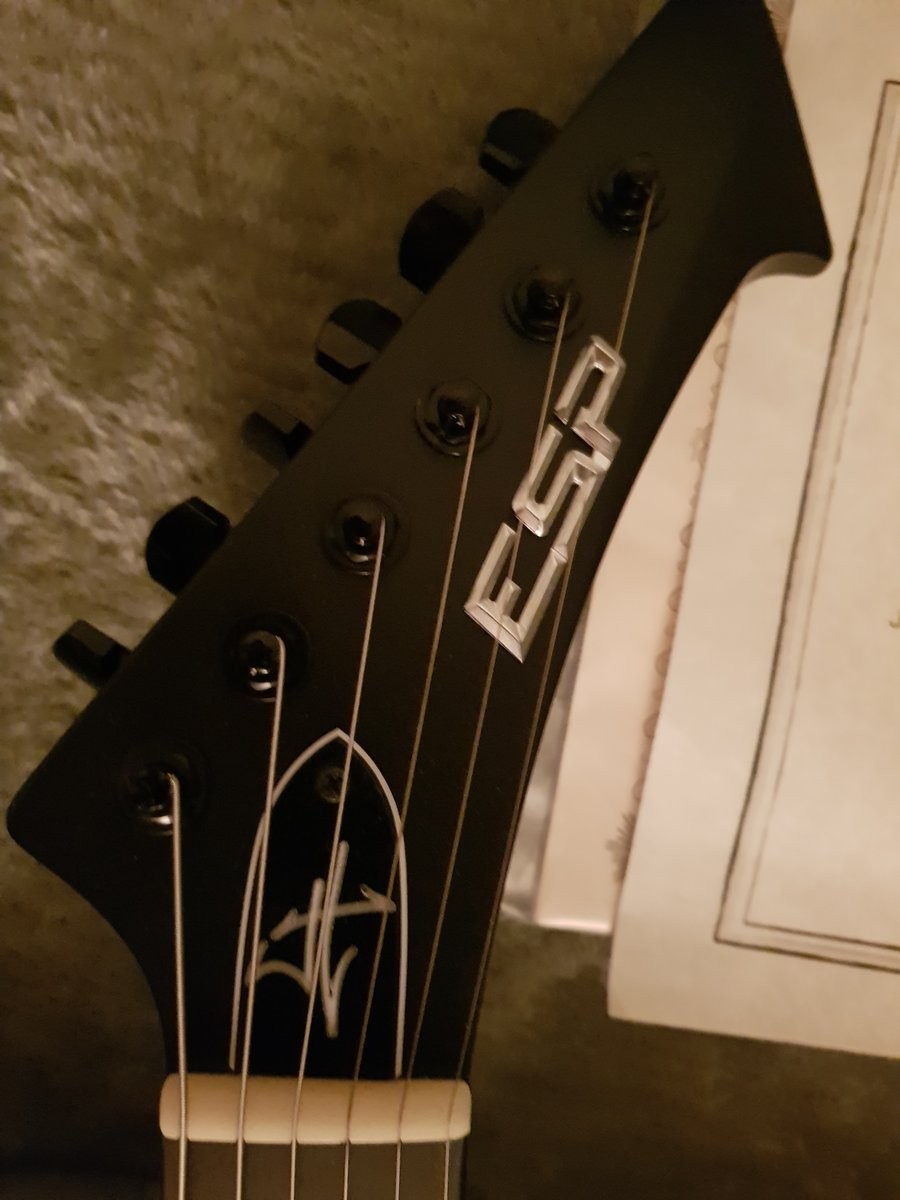 The guitar looks legit to me. I suspect the difference in the COA would be because the guitars were sold in different countries. Todd Binder (from the 008 COA) is a VP at ESP in the USA. I've seen the other signature on the 024 COA, but I don't know who it is. I suspect he's from Japan.

I'm spending more than three grands on this guitar unseen (anyone that has a second opionion?), And my gut says it's fake. I will travel, see the guitar and call him if there is anything wrong about it.

I've never seen a fake with the plastic ESP logo on it. Any fake I've seen has a sticker decal. 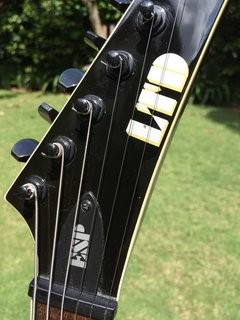 cant be too careful ya’know 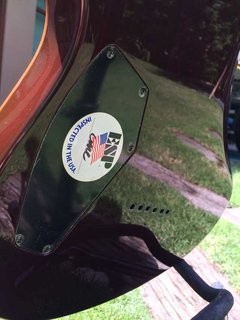 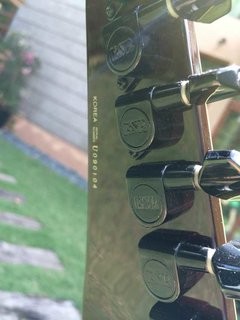 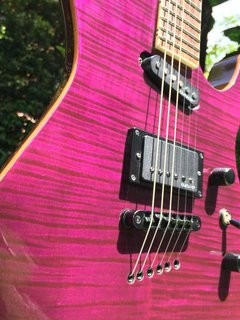 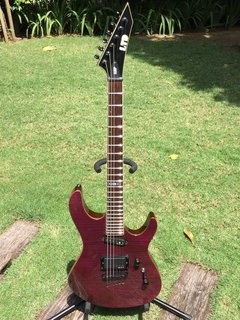 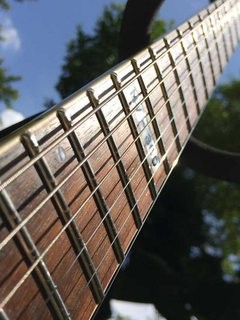 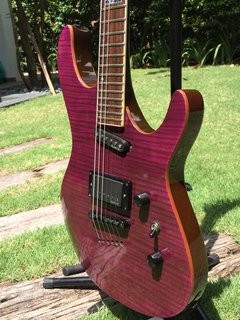 Looks good to me. 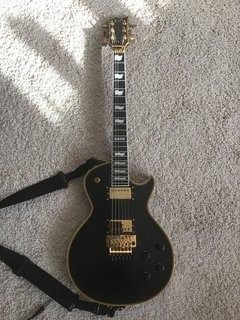 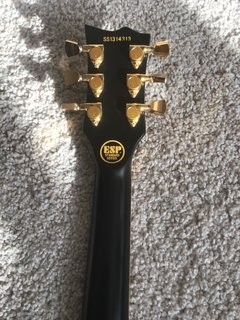 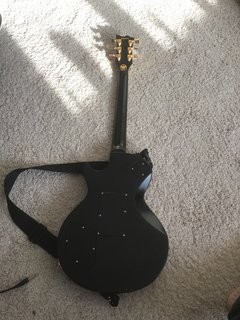 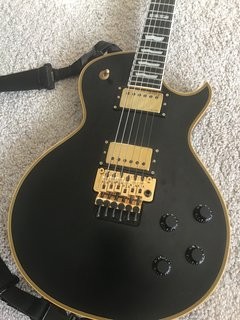 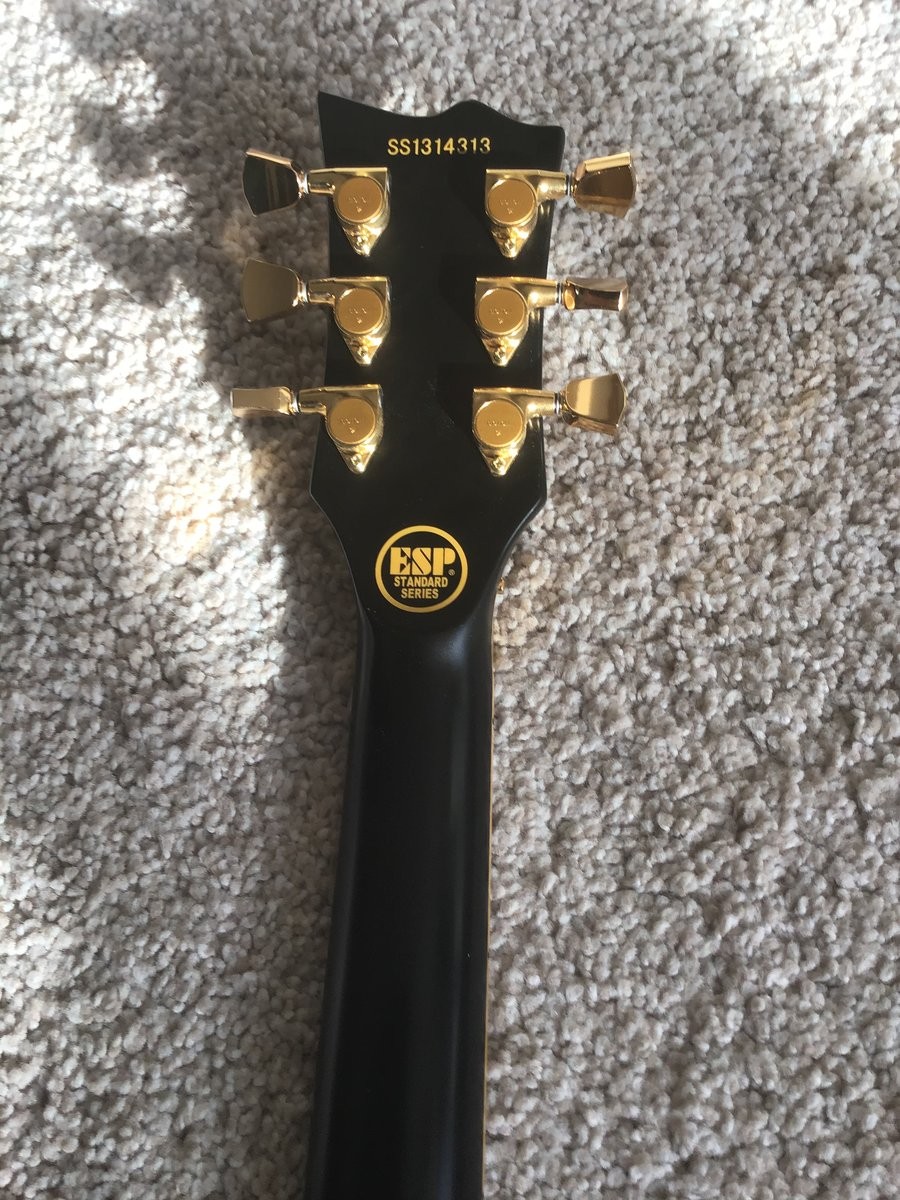 Thanks was 99% sure. Case, gel, truss rod tool all there and as you’d expect. Floyd “made in Germany” where you’d expect to find it. Looks and plays great - a keeper.

Hey guys, any chance you could help with the possible year on this guitar?? 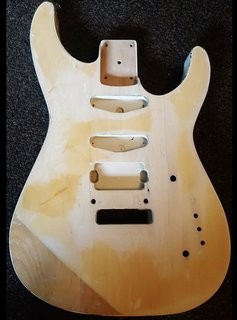 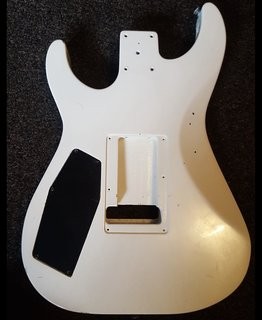 I was told it’s an ESP 48th Street Guitar. This is one that has a square neck plate but no other markings are on the body.

The previous owner (I’m guessing) bought the guitar for its neck, which sold for over $1k last year. I picked up the body for a good price and am just trying to get more info.

Here’s the neck that was originally on the guitar 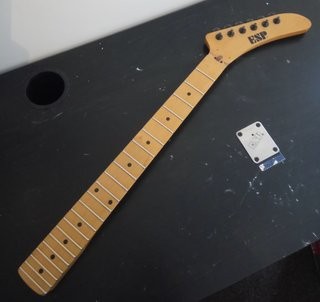 Not a whole lot to go on, man. I've never seen that control layout on an ESP before, nor that control cavity, but I don't have tons of experience with the early days of the 48th St. shop.

At this point, with paint and the neck removed, does it really matter how old the body is, or who made it?

Haha yeah I know, man, just trying to get information on it.

From what I can tell, the controls were a mod (three mini switches instead of a single toggle) but the cavity was original. I don’t know much about the 48th street shop either but regardless (hopefully), it should be a cool project!

Is this thread still active?

wondering if this looks real or fake? Don't have much info on it 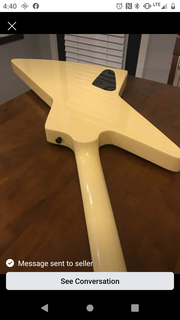 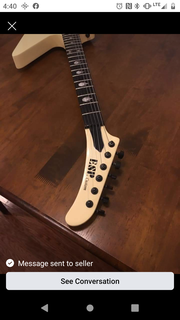 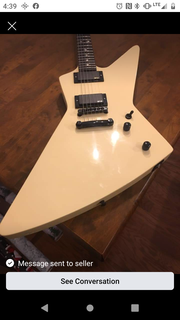 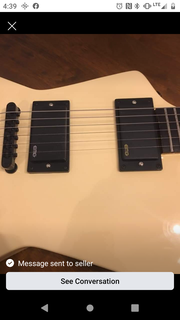 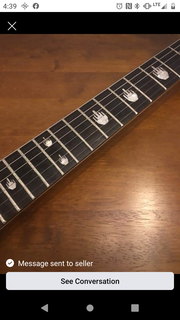 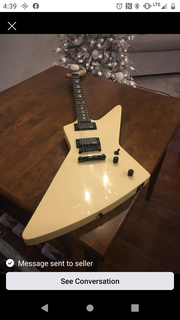